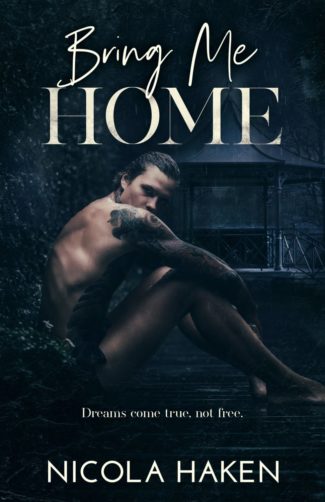 Hugo Hayes has it all; the voice, the money, the looks. Adored by fans all over the world, there’s nothing more he could ever wish for. Or so it appears. But no one sees what happens off stage. Nobody knows where he came from, what he goes through, where he’s heading…

Except the girl he left behind. She’ll know. She always did.

Helen Jenkins is starting over. Back on the diet and heading for a career change, it’s time to stop wallowing in the past and give up missing the best friend who traded her in for fame and glory eight years ago. Harder than it sounds when his image and voice seem to follow her wherever she goes…

Harder still when he appears at her front door one rainy spring night.

Hugo is falling. After all these years, will Helen still be prepared to catch him before the inevitable crash? Or has he lost the only home he’s ever known, forever? 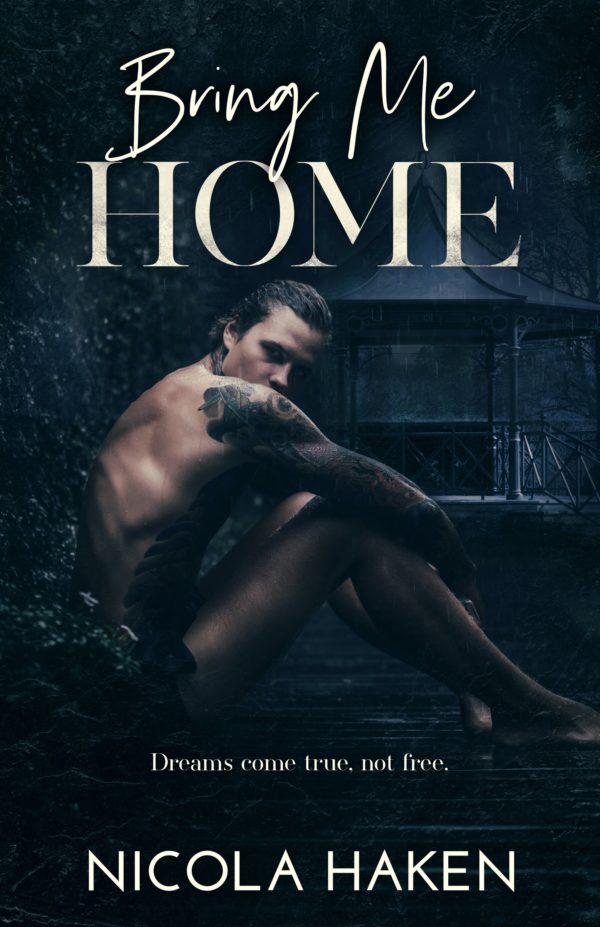 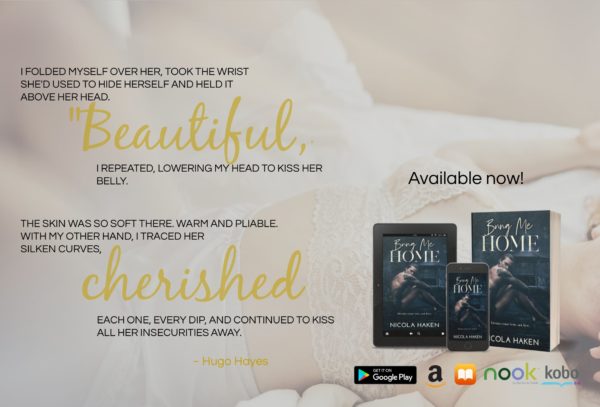 “That was so crazy,” I said, catching my breath as I slammed the back door of the car closed. Hugo climbed in next to me, while a driver fired up the engine and started driving before we’d even finished fastening our seatbelts. Little did I know it was about to get even crazier.

A group of girls were waiting around the corner as the car veered out onto the street, blocking our path. They banged on the windows, making me jump. “Hugo!” They yelled. “Hugo, we love you!”

“Shit,” I murmured under my breath, scooting away from the glass. I knew they couldn’t see us as well as we could see them through the tinted glass, but they still managed to incite panic into me. I felt ridiculous being afraid of a bunch of teenage girls, but they were remarkably aggressive in their adoration for the man next to me.

“Can’t you put your foot down?” Hugo called to the driver. He sounded frustrated. Anxious. I couldn’t blame him. The girls were loud. Crazed. Relentless. One threw her entire body against his window, making him flinch. I noticed Hugo pluck a tiny pouch from his pocket before inserting the two silicone buds into his ears. They didn’t block sound completely, he’d told me earlier during the bustle below the arena, but minimised frequency.

“As soon as this one moves from the hood.”

I focused on Hugo instead of the window, his face calming me while the banging continued. It felt wrong, somehow, with our roles reversed like that.

“Hugo! Hugo! Please, I love you so…” the girl’s scream faded into the distance when, finally, the car started moving again. I hoped she could survive knowing Hugo never heard the end of her declaration. That was a lie. I didn’t give a shit.

“Is it always like that?” I asked, heart still racing a little. It seemed crazy. Literally not normal. Those girls were obsessed with an image, nothing more. Infatuated to the point they were experiencing genuine emotional distress. Over Hugo. My friend. It didn’t make sense.

“Not always.” Hugo looked amused…and relieved. He pulled the buds from his ears, tucked them back in their pouch. “Like, if I’m not doing a show, I can pretty much just go about my business like everyone else.”

That surprised me. I don’t know why, maybe it was because of movies and gossip columns, but I’d always thought stars had to be driven everywhere, had bodyguards glued to their side at all times. “You mean, like, you just…walk down the street? Nip in Tesco for a loaf of bread. On your own? And no one notices?”

“Pretty much. Depends on the area, I suppose. Sure, some people notice, but most just have a quick stare, nudge whoever they’re with and get on with their day.”

“Insane,” he finished for me.

“Yeah! It’s weird. Even when I’d see you on TV or trending on Twitter, it’s like I knew you were this big famous dude now, but my brain just couldn’t think of you like that. I found it so strange watching people get so…fixated on you.”

“Believe me, that shit feels weird to me, too. Occasionally, people will stop me, ask for a photo and stuff. Some days I can handle that, brace myself for the hugging thing, you know? Sometimes, I just need to say, ‘sorry, not today’.” He looked away as he said that, focused on the view of buildings passing by through the window. He sounded sad. I wondered why.

“Seriously, though, why have I never seen a famous person in the freezer aisle if you’re all so ‘normal’, huh?” I needed to lighten the mood, bring the smile back to his face. “Never once have I been rummaging through the chicken nuggets, looked up, and been all, ‘oh, hey, Robbie Williams! Y’alright, mate?’”

Again, a look of melancholy melted his smile. “I miss that. That buzz you have right now. Remember when we were young and we’d stay up all night listening to our favourite songs, the latest bands and the classics from before we were even born. There was so much wonder there. Those artists…they were fucking gods to us.”

My eyes closed briefly, taking me back to those moments. “I remember.” I still felt that way. If I did bump into Robbie Williams by the chicken nuggets, I felt pretty certain I would choke on awkwardness before slipping on my own drool and crash landing into the freezer.

“It wears off. That magic. Being a part of the industry, getting to know some of these people, knowing how all this shit works…it ruins it. As a listener, I mean. I don’t see gods anymore, just regular, flawed people. There’s something about someone being inaccessible to us, forbidden, that makes it so much more thrilling. So, yeah, I miss that.”

I found that quite sad. Hugo had lived for music his whole life. Some days, back in our teens, I was convinced it’d been the only thing that had kept him living at all. 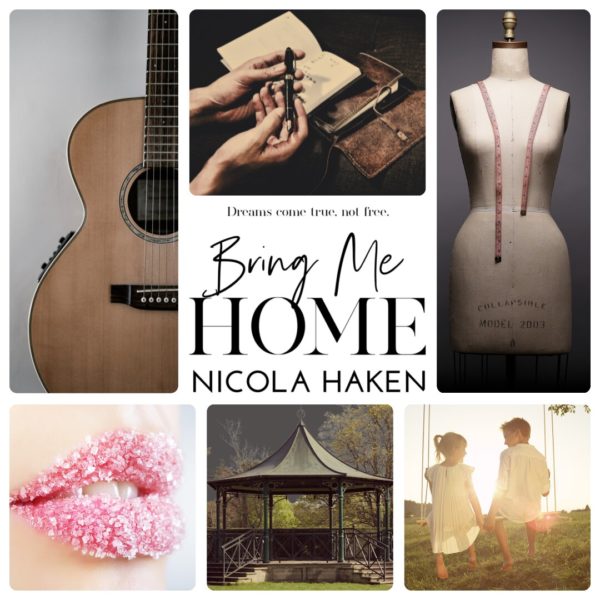 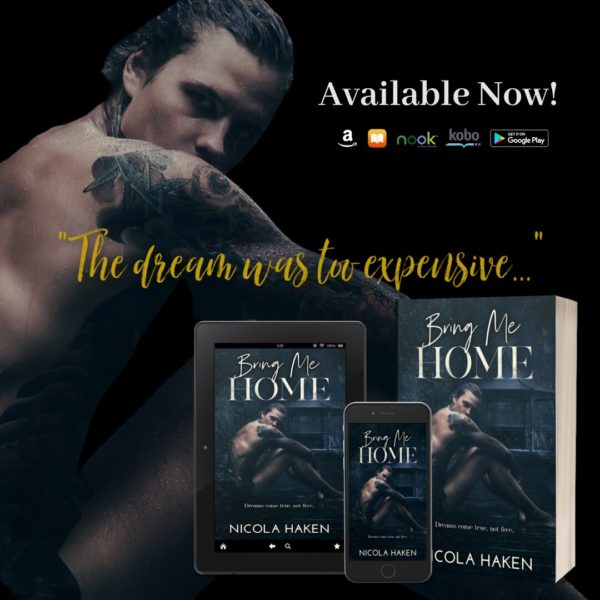 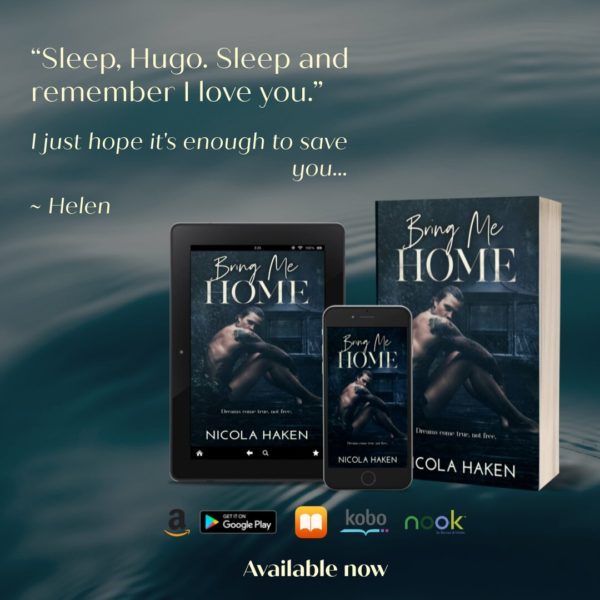 Born in Manchester, England, Nicola Haken is an author of multiple genre-hopping romance novels, including Bring Me Home, Broken, and Goodbye Kate. She lives in Rochdale with her husband, four children, and a menagerie of pets, is addicted to Pepsi Max and chicken nuggets, and wishes Harry Styles was her best friend. Like one of her characters, Hugo Hayes, Nicola is autistic, and has battled with her mental health her entire life – winning every time…eventually. With two of her kids also on the spectrum, life can get pretty…interesting! When she’s not locked in her office playing with her imaginary friends, she can usually be found reading, binge-watching boxsets, or belting out great songs and pretending she doesn’t sound like a cat in distress. Oh, and if the kids ever ask, she moonlights as the Pink Power Ranger while they’re sleeping…