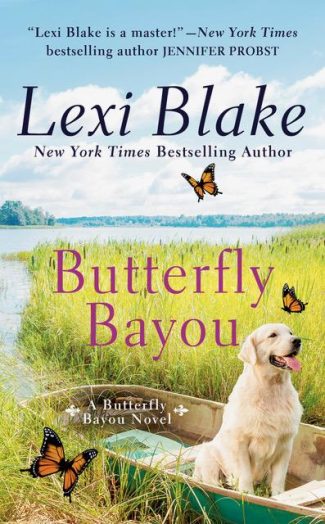 Life in Dallas took a tragic turn for nurse practitioner Lila Daley. In need of a fresh start, she retreats to Papillon, Louisiana, a tiny town on the bayou. Sure she's greeted by a gator, finds herself in the middle of golf cart wars, and unwittingly adopts a scruffy dog, but Lila remains undaunted. She's focused on running the town's medical clinic, but fitting into the quirky community is harder than she imagined.

As a single dad, Sheriff Armie LaVigne embraces routine. But there is nothing routine about the town's newest resident. Lila is a gorgeous fish out of water and he’s ready to catch her. In fact, in no time at all, Armie knows Lila is the woman for him and he plans to win her heart. But when the past threatens their happiness, Armie will have to decide if he has the courage to trust Lila enough to find a true happily ever after. 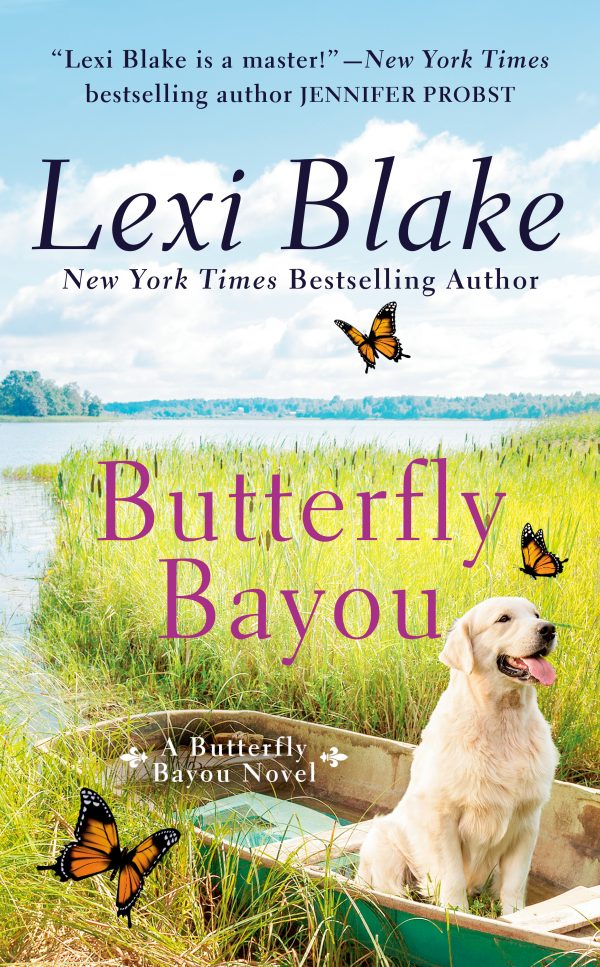 Was she about to kiss Armie LaVigne? Just the day before she’d kind of wanted to smash his handsome face. Except she really hadn’t. Even when the man had given her a ticket, she’d wanted to know how it felt to have those sensual lips on hers. He was right. There was something between them, something she’d never felt before with any man.

She’d kind of thought that was a myth, something women told other women to explain their utterly illogical attractions. Nope. Here it was, tugging at her every instinct, drugging her good sense.

She moved into his space. He was wearing plaid pajama pants and a plain white T-shirt. He shouldn’t look sexy, but he did.

Was she supposed to go up on her toes to kiss him? Or wait for him to make a move? What was she doing? She didn’t need this entanglement.

Brave. She’d come to Papillon to change her life, to be a new Lila Daley. The old Lila would never have brazenly kissed a man she barely knew. Of course, the old Lila also wouldn’t have called 911 and spent the majority of the evening in a corner being afraid of a dog who was now sleeping in her chair, but she was going with it.

His way-too-gorgeous-for-a-man’s lips curled up as she put her hands on his shoulders. The move might have been awkward, but that was where the discomfort ended. His hands found her hips and a flash of heat went through her.

“I’m glad you decided to give it a shot.”

Arrogant man. It didn’t turn her off, though, because he’d been honest with her moments before. It was his honesty that had done it. She’d been ready to ask him to leave again and mean it this time, but then he’d opened his mouth and said all kinds of things she’d never heard from a man before.

Maybe she’d heard the first part before, but it was somehow sweeter coming from him. She wasn’t fooling herself. This was still about sex and it would only last as long as she managed not to show off her unique brand of crazy. She didn’t lie to herself. She was stubborn and controlling and obnoxious at times. She came off snobby and overly intellectual.

But she might have a little time with him. She might find some companionship. And hey, they might become each other’s booty call. It didn’t have to be all or nothing. That was the beauty of the new Lila. She didn’t have to either marry a man or have nothing to do with him. They worked together. Not so closely that it would be weird for them to have a relationship, but she would often have to liaise with his department. They could be friends and a little bit more.

She could make this work. It was a bit disconcerting to realize how much she wanted this to work.

“Did I lose you? I don’t mind. I can see you’re thinking, and that’s a good thing, but I really would like to touch you. Will you let me touch you while you think about it?”

“You are touching me.” She could feel his hands on her, his strong chest brushing against her breasts. He was warm and she hadn’t realized how chilly it had been before she’d been near him.

His head was close to hers and he seemed to breathe her in. “No, you’re touching me. Let me show you what I mean.”

He stroked his free hand over her back almost to her neck and then down again. He stopped at her hips but it was like that hand went straight to her core. How long had it been since her body had shivered in anticipation? How long since her head had gone fuzzy with need?

She found she couldn’t tell the man no. “Yes. You can touch me. I want you to touch me.”

He stroked over her back again and she utterly forgot why this had ever seemed like a bad idea. 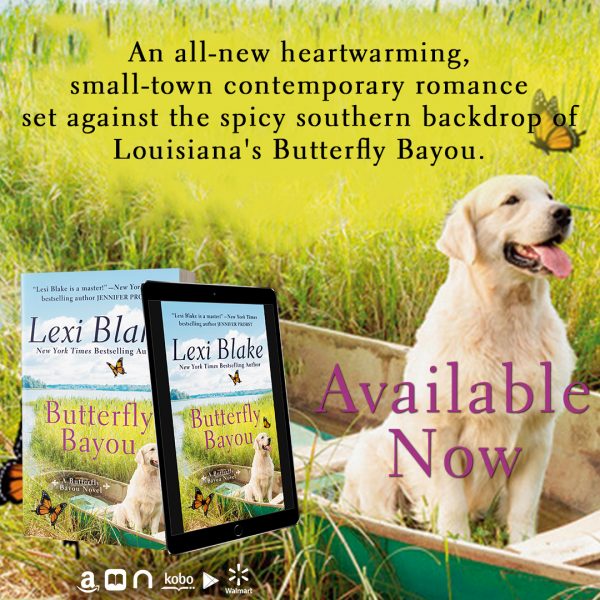 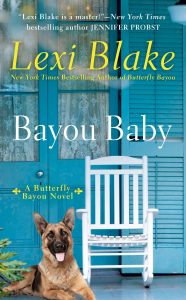 Seraphina Guidry loves Butterfly Bayou. A young, single mom, she’s trying to find a place for herself in the town she cherishes, but past mistakes have made her wary. She adores her son but has sworn off men. She’s dedicated herself to restoring an historic house and building her own business. A quiet life is all she wants.Harrison Jefferys never expected to find himself in small-town Louisiana, but he has a job to do and a family to reconnect with. After years in the Army, he’s happy to spend time with his Aunt Celeste and his cousins in such an idyllic spot. When he meets Seraphina, he starts to think Papillion might be a great place to call home. But a secret from Sera’s past rears its head and threatens to tear the community apart. 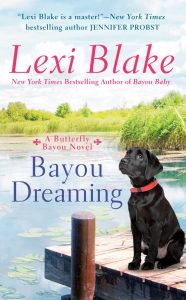