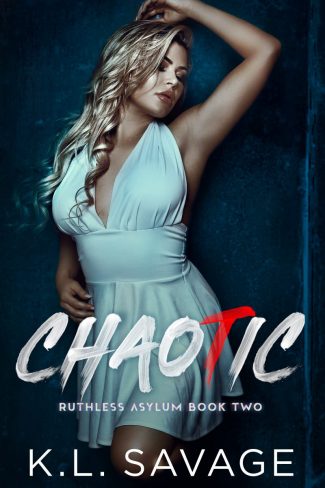 One, two, three, four…
I declare a deadly war.

Five, six, seven, eight…
I can't keep my mind straight.
Nine, ten…
I'll hunt her down and make her mine again.
I'm not the kind of man to take dares lightly.
They tend to make me more… insane.
And someone made the biggest dare of all.
They took Chloe.

She's in the place I escaped from.
And my mania is on overload.
I'm frantic. I'm reckless. I'm murderous.
My mind is chaos.
I can feel her, sense her, and scent her.
Her fear. Her madness. Her need.
My instincts are on overload.
And I'm not the type of hunter that uses a gun.
I reap havoc.

I'll rip my prey to shreds.
I'll bathe in their blood.
I'll screw on their bodies.
I won't stop.
Her love…
Our love…
Is a dangerous, unhealthy, addictive…
Chaotic mess.
I can't live. I can't breathe. I can't think without it. 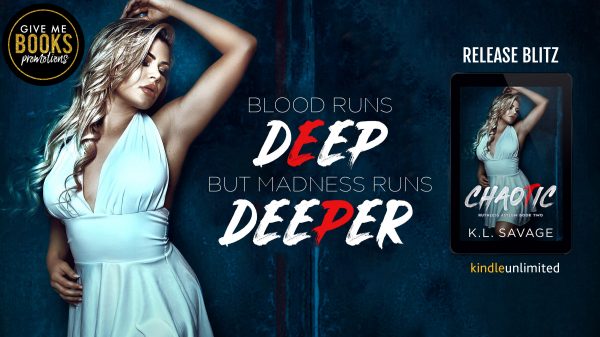 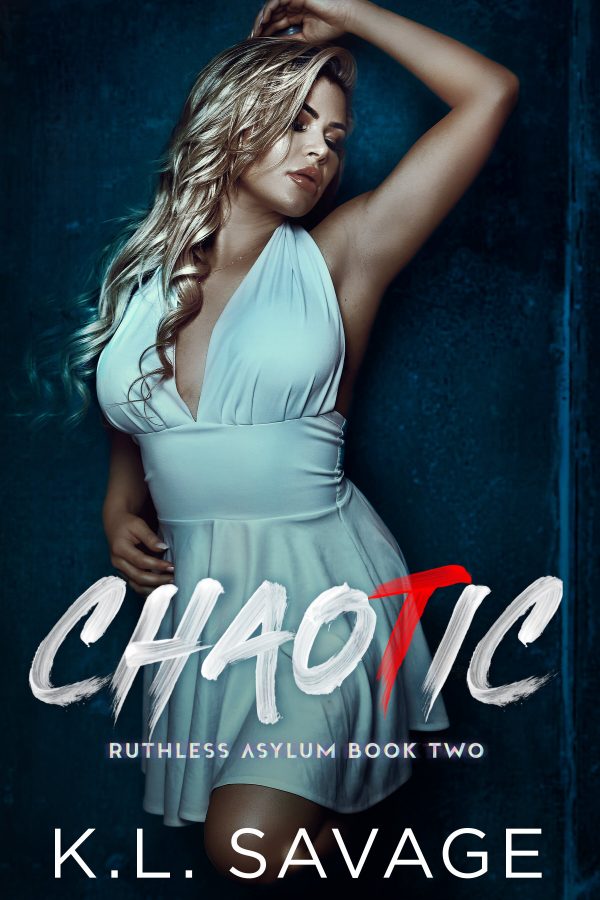 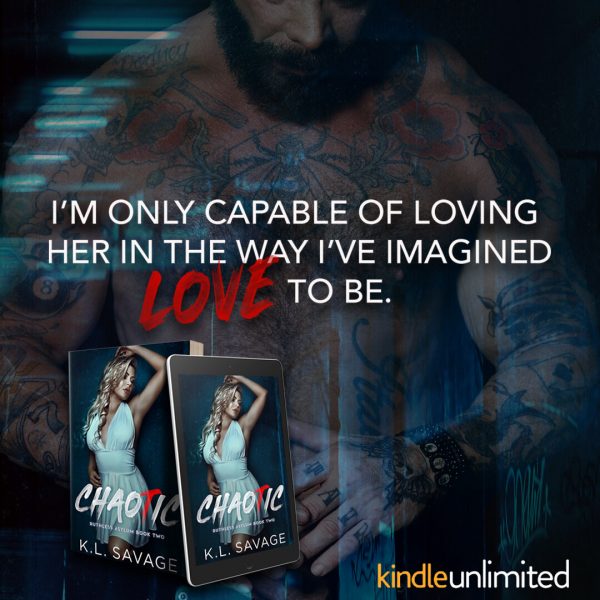 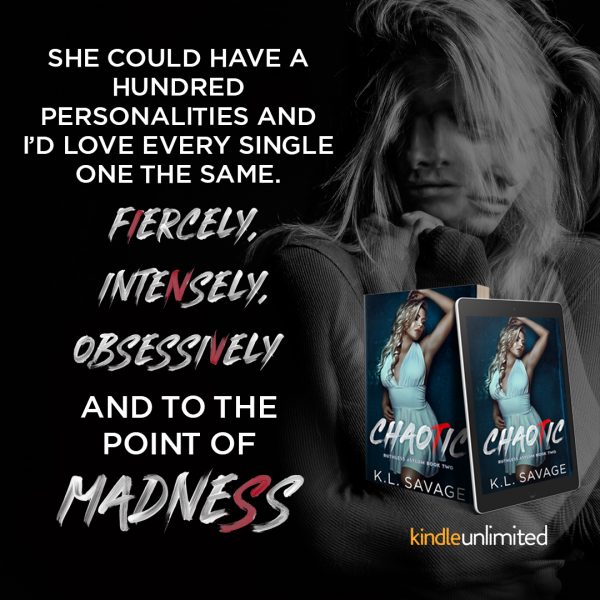 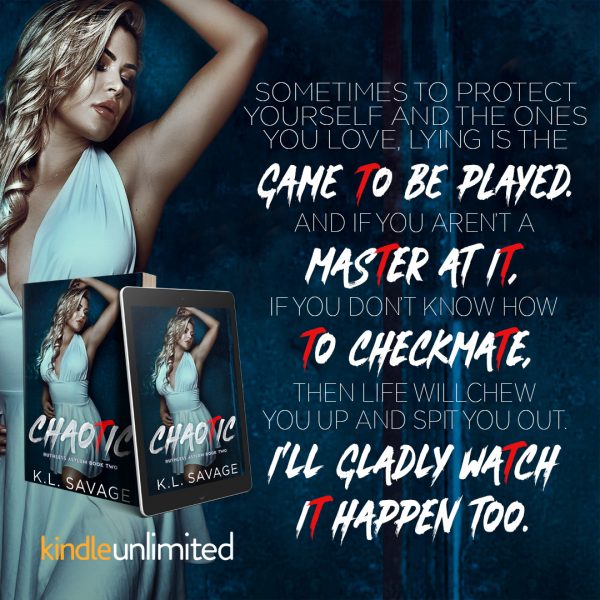 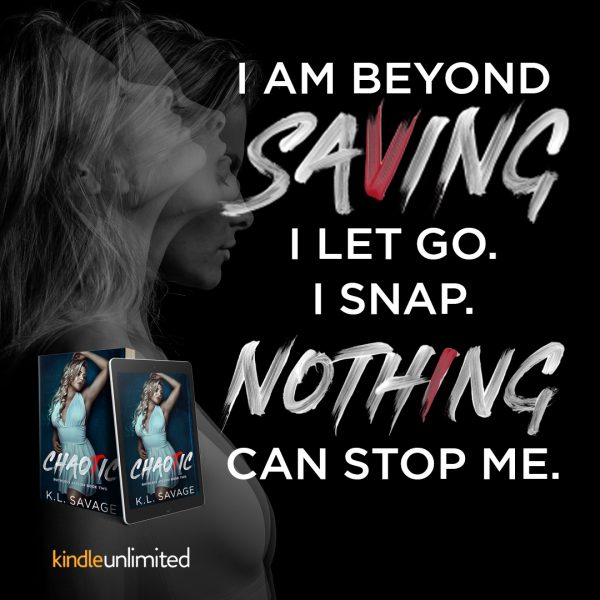 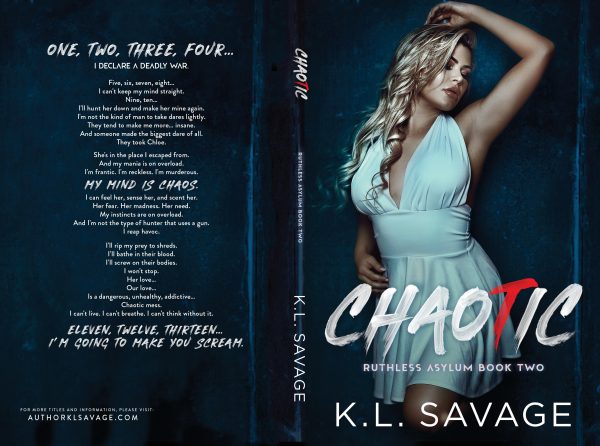 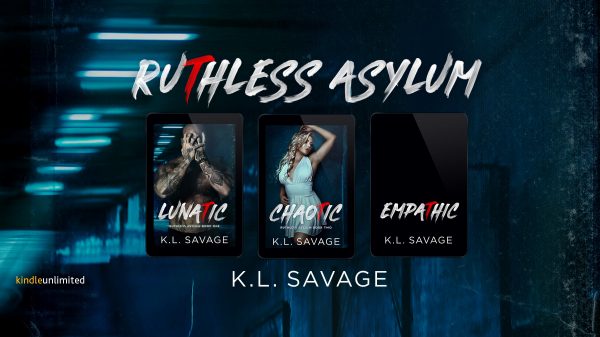 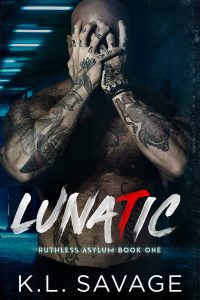