Posted May 20, 2021 by bookstobreathe in Book Blitz/Promo, New Release / 0 Comments 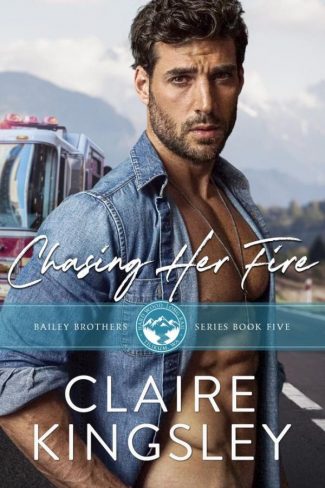 Sexy firefighter Logan Bailey is an expert at putting the wet stuff on the hot stuff—on and off duty. But he just did the unthinkable, and it wasn’t trading in his tube socks. He slept with his nemesis. His mortal enemy. The crazy redhead he loves to hate. Cara Goulding.

And no matter how much he wants to lie to himself, he has to admit, it was mind-blowing.

Cara will not be tempted by the one night she spent with prince dickhead—even if her traitorous body remembers every earth-shattering moment. It was a mistake and she’s stronger than that. She’ll just keep avoiding him and pretend it didn’t happen.

But the feuding small town of Tilikum might not be big enough for the both of them. Avoiding each other isn’t working. And with every moment they’re forced to spend together, the sparks get hotter, the flames grow brighter, and the tension borders on unbearable.

Until they both reach their breaking point and their fiery relationship explodes. 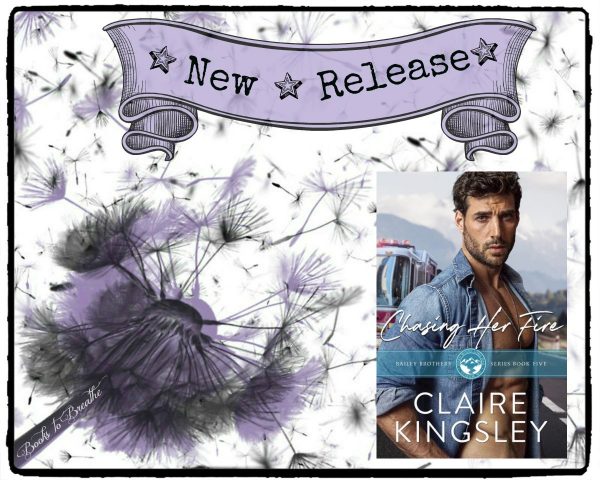 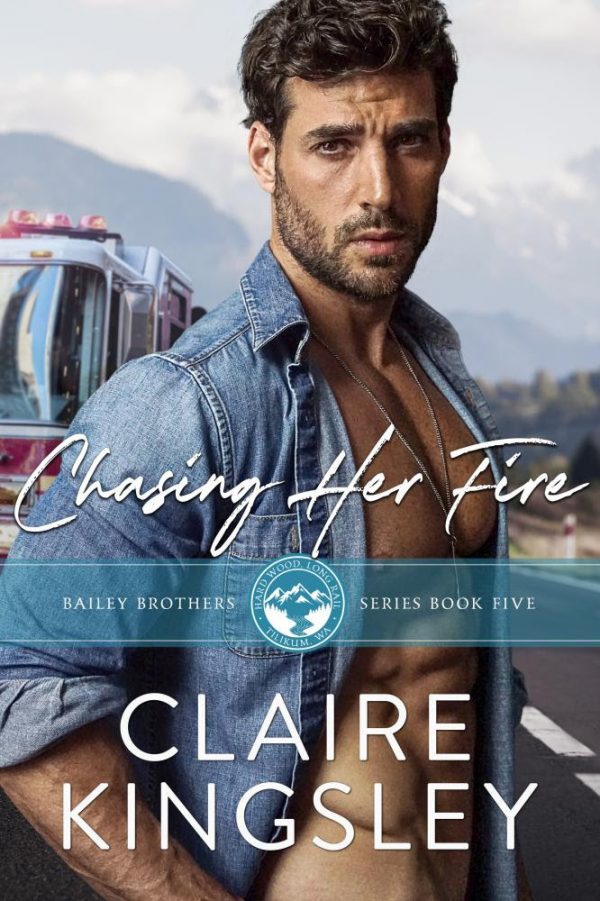 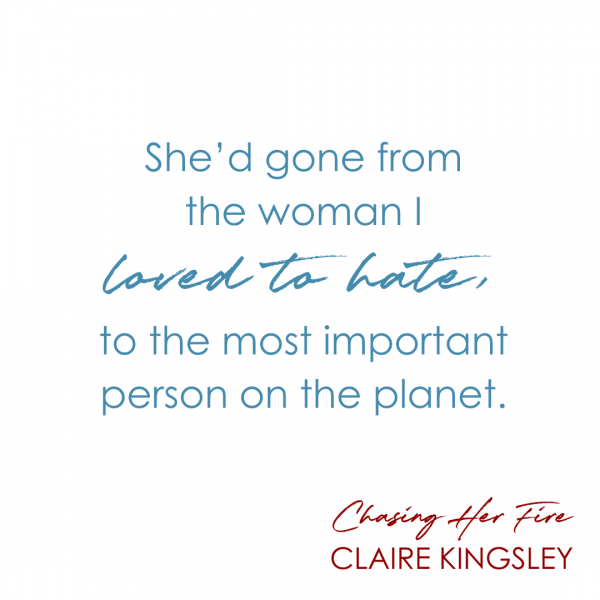 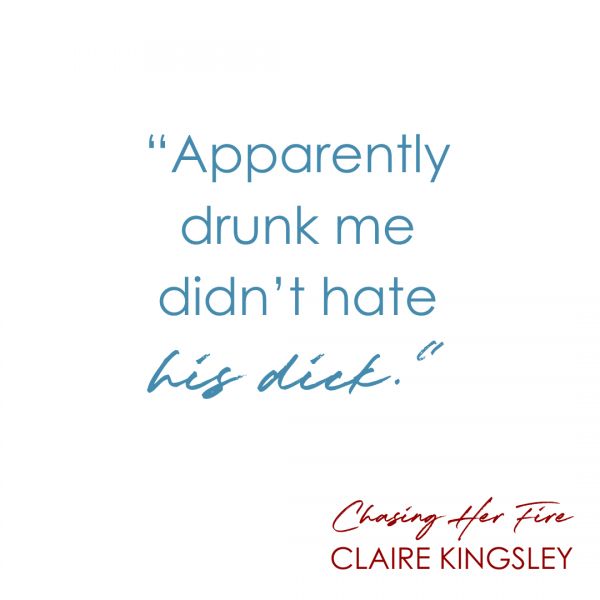 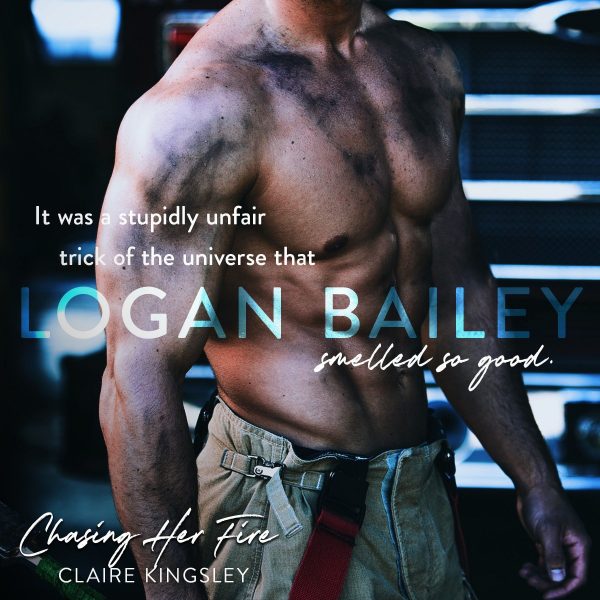 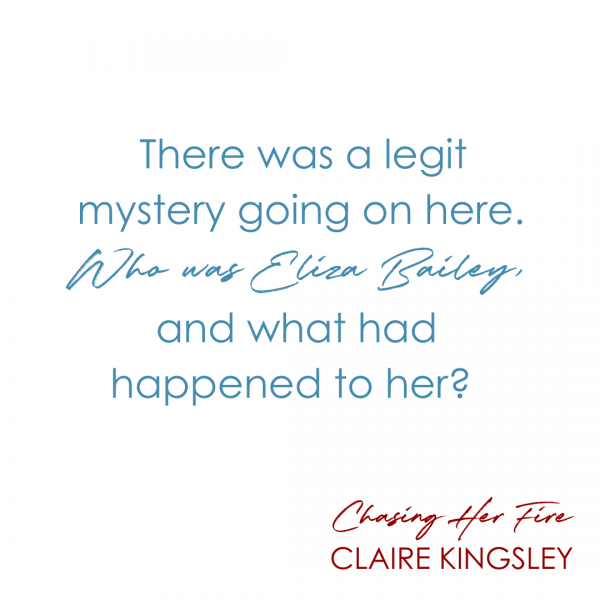 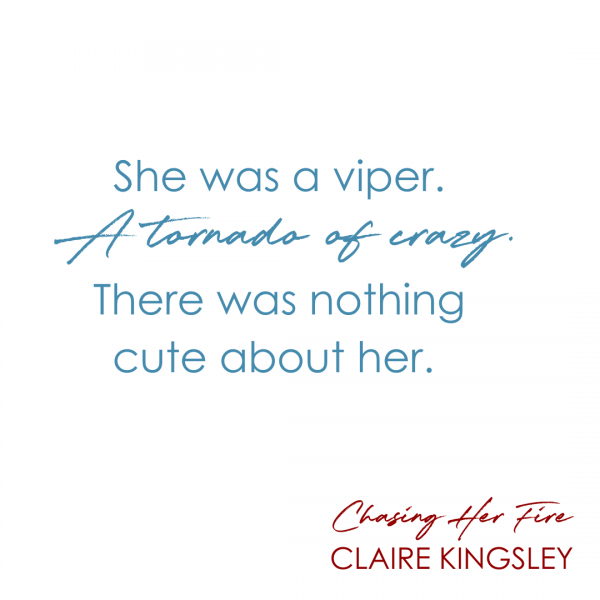 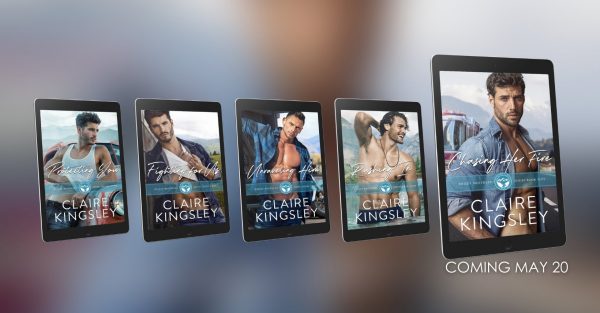 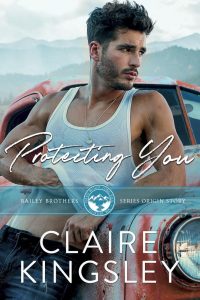 One night brings them together. Another night tears them apart.

Grace Miles misses her easy friendship with Asher, but growing up means growing apart. And really, how could he fall for her when they spent their childhood getting muddy in the creek and splitting sticks of gum?

But this summer, something feels different. If Grace didn’t know better, she’d think Asher was flirting with her. Those dark eyes, hard body, and wicked smile make her insides swirl and her heart dare to hope for things she’s convinced herself she’ll never have.

Falling for your best friend shouldn’t be complicated, but for Asher Bailey, loving Grace is anything but simple. The road to romance isn’t smooth thanks to his pack of wild brothers who are protective of the girl next door, a take-no-sass grandmother, a small town where gossip is a spectator sport, and a feud that spans generations.

But Asher realizes his feelings are too big to ignore. Loving her isn’t the risk. Losing her would be.

And one night, one kiss, changes everything.

Finally admitting their feelings is the beginning of their happily ever after. Until their fairy tale love story is tragically interrupted, and neither of them will ever be the same.

Fighting for Us (Bailey Brothers #2) 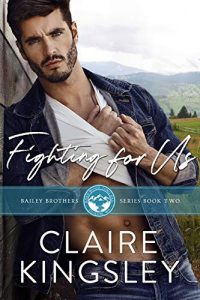 How long would you wait for the love of your life?

The Asher Bailey who comes home to his quirky small town isn’t the same man who put a ring on Grace’s finger. He’s bigger, harder, haunted. Forced to give up Grace and everything else that was good in his life for a prison sentence he barely survived.

Now that he’s home, he finds himself aggressively welcomed by his brothers and gleefully gossiped about by his neighbors. He’d counted on both.

But he never expected to see Grace still wearing his ring.

Grace’s fairy tale didn’t end. It was interrupted. She’s spent the last seven years living her life while waiting for one man. Now that he’s back, she’s got her work cut out for her. He’s scarred and angry, and stubbornly convinced they can’t be together. She’s more than happy to educate him otherwise.

Every beer, every prank, every kiss brings him closer to where he’s always belonged. In her life. In her arms. In her heart.

Asher fears the darkness inside him can’t be contained. But Grace won’t give up on him without a fight. 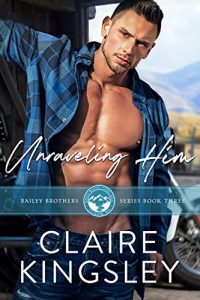 She’s the sunshine to his storm cloud

Stoic, growly Evan Bailey has enough on his plate. A growing business, a pack of brothers who drive him crazy, a gossip-loving small town, and a rivalry that runs deeper than any family feud. Love? That’s a hard pass. He already learned the hard way that he’s better off alone.

Fiona Gallagher has a problem. Or more like ten, but who’s counting? The trouble with her car is just the cherry on top of the crap sundae, but she won’t let that get her down.

Besides, she has a plan. Evan Bailey—that brooding custom car builder who happens to hate her father—is going to help her. He just doesn’t know it yet.

The last thing Evan needs is the overly cheery Fiona crashing into his solitary life. But her offer is too compelling to ignore.

Fiona isn’t there to pick through the wreckage of Evan’s heart. If he has one, he won’t let her anywhere near it. But the tension between them is hot enough to combust. And when she starts to see the cracks in his stony façade, she realizes she’s getting more than she bargained for—a lot more—in that big surly man. 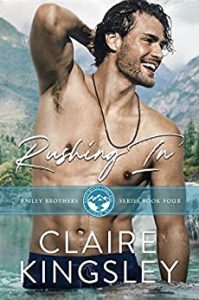 She’s the one girl he can’t have.

With his dimpled grin and devilish charm, firefighter Gavin Bailey is hot as a five-alarm fire and twice as dangerous. The youngest of five brothers, he’s the daredevil of the family. Until the unexpected strikes and he finds himself sidelined.

Skylar Stanley’s life didn’t just fall apart. It exploded. Spectacularly. Dropped by her publisher and her agent, and dumped by her boyfriend, she suddenly has no place to live and a career circling the drain. She comes home to the quirky, feuding small town she hasn’t lived in since Kindergarten to pick up the pieces. And hopefully find her mojo.

Gavin would happily help Skylar get her groove back—in and out of the bedroom—except for one big problem. Her dad is Gavin’s boss, mentor, and the closest thing he’s ever had to a father.

As much as Gavin loves racing headlong into danger, Skylar is a risk of a different kind. One that he’s determined to avoid.

But the line between friends and lovers gets awfully blurry, and Gavin just might find the one thing that truly scares him. 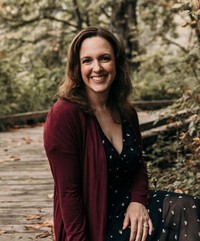 Release Day Blitz: Between Here and the Horizon by Callie Hart