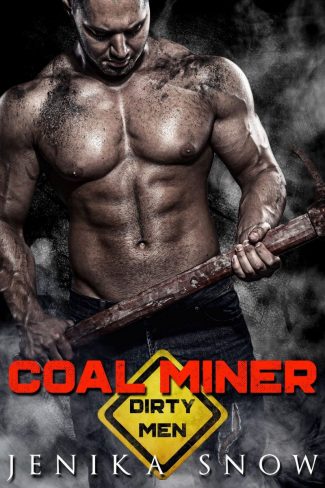 I didn’t deserve her, but I desired her regardless. I saw her and wanted her innocence as my own, to mark her so every other man knew she belonged to me. And even though I knew better than to go after her, I wouldn’t stay away.

She’d be mine no matter what. Screw the repercussions it might have. Forget the fact I would be corrupting her. Poppy was all I wanted. I was never a patient man when it came to the things I desired.

And Poppy was at the top of that list.

I saw the way Jakob looked at me: possessive, needy, territorial. I wanted to be his despite the fact we’d never spoken. He was older than me, had a job that only real men can handle, and still I longed to see him every day when I went to the mines.

I knew that one of these days I wouldn’t be able to stop myself from making it known that he was all I wanted. I was nervous, innocent in all the ways that count to a man like Jakob. But for him—with him—I wanted to try it all.

I wanted to experience what it’s like to get really dirty.

Warning: This is super short, fast, and right to the point. You won’t get any drama here. It’s filthy and hot and leaves nothing to the imagination, but then again, you wouldn’t be here if you wanted it long and drawn out. *wink* 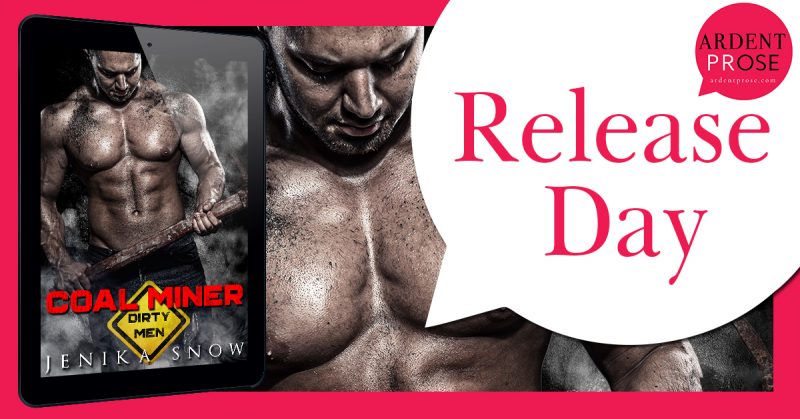 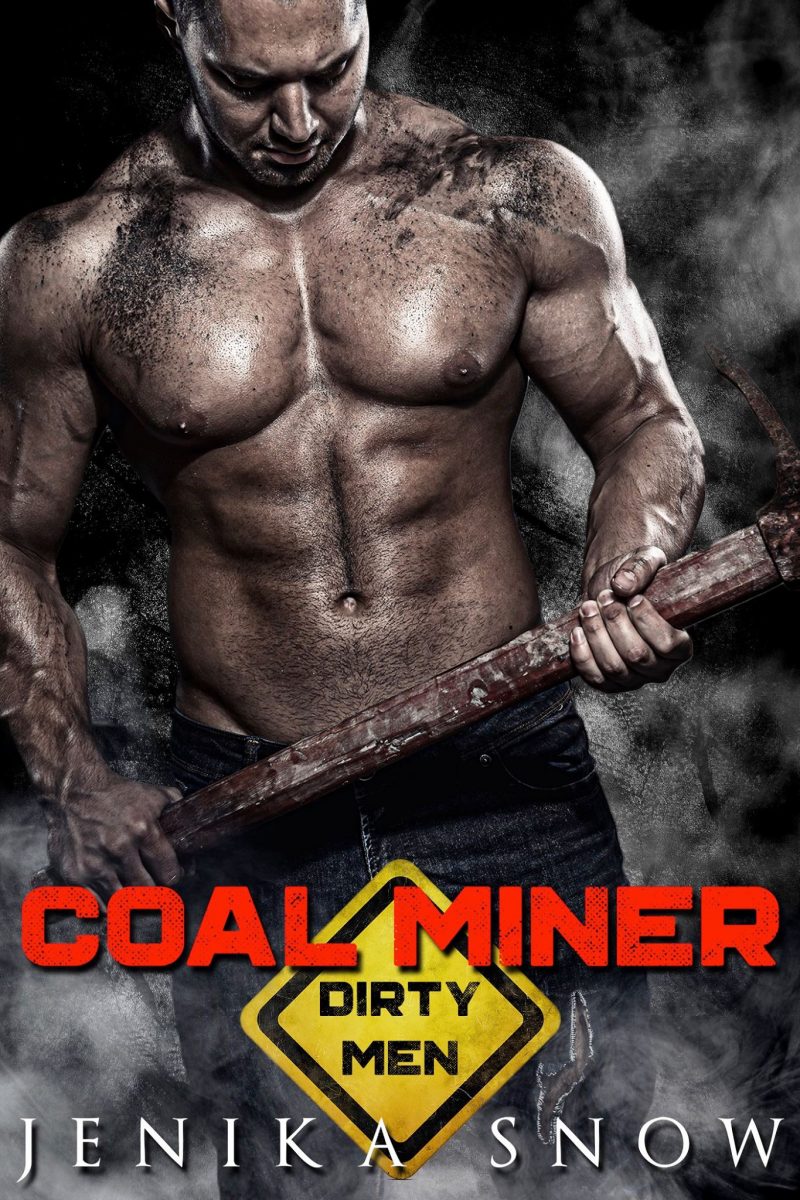 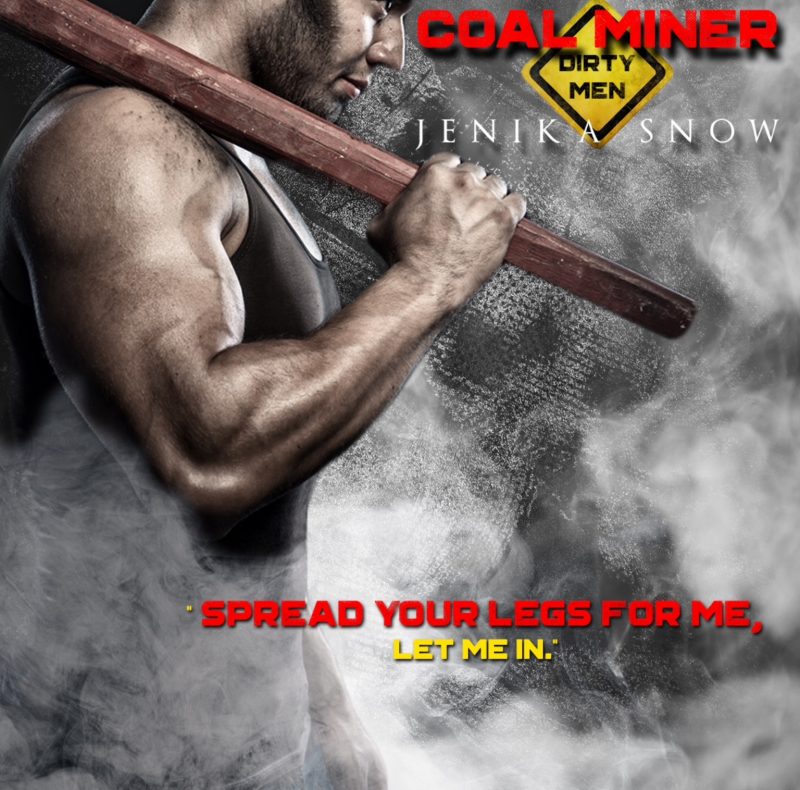 The air around us became thick, and I couldn’t breathe. I knew what I wanted to happen, but I didn’t know if I could push it to move forward. I saw the heat in his gaze, but didn’t know if he’d take this one step further.

I opened my mouth, not sure exactly what to say, if I could actually say what I wanted, but instead of the words spilling from my mouth, Jakob had me close to him. Before I even knew what was happening, he pulled me forward until my body slammed into his. My breasts pressed against the hard planes of his chest, and the air rushed out of me. I was wet, soaked clean through my panties.

“What’s going on?” I found myself whispering.

Jakob was rough around the edges, but then again, he was a coal miner, did hard labor, was a man in all the ways that counted. He had a dirty job, worked with his hands, and it showed in the strength in his body.

I found it so damn attractive I couldn’t breathe from it all.

The low sound he made had me becoming wetter, my pussy clenching for him.

“I hoped but didn’t know for sure.” My words were whispered low, my focus on his eyes.

“I want to memorize your body with my hands and tongue.”

I shivered from his words, at the meaning behind them.

I felt myself nod, not able to form an actual word right now.

“Yeah, you will.” He moved in closer, his lips just a hairsbreadth away from mine now. I wanted him to lean in and kiss me, to show me exactly how good it could be, how much I was actually missing.

And then his lips did brush against mine. I moaned softly.

“Just tell me you want it and it’s yours. All of me is yours, Poppy.”

“I want you,” I said harshly, my need coming forth. He crashed his mouth onto mine then, taking it in a bruising kiss.

I couldn’t think, couldn’t even move. I let him dominate my mouth, fuck me between the lips. I let Jakob control me, own me in every possible way. I knew I wouldn’t let this end, wouldn’t try and stop it. 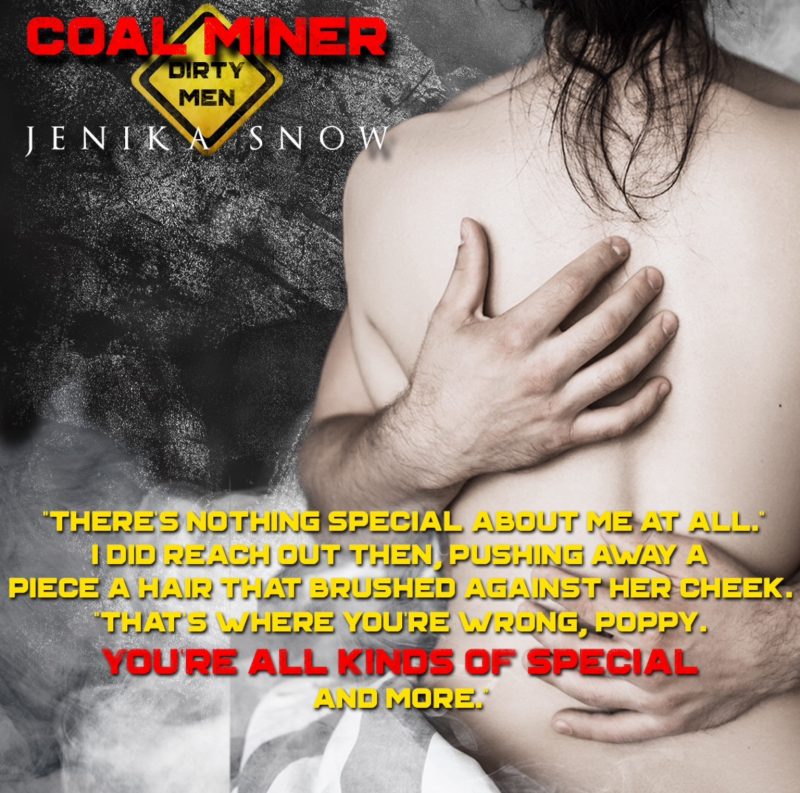 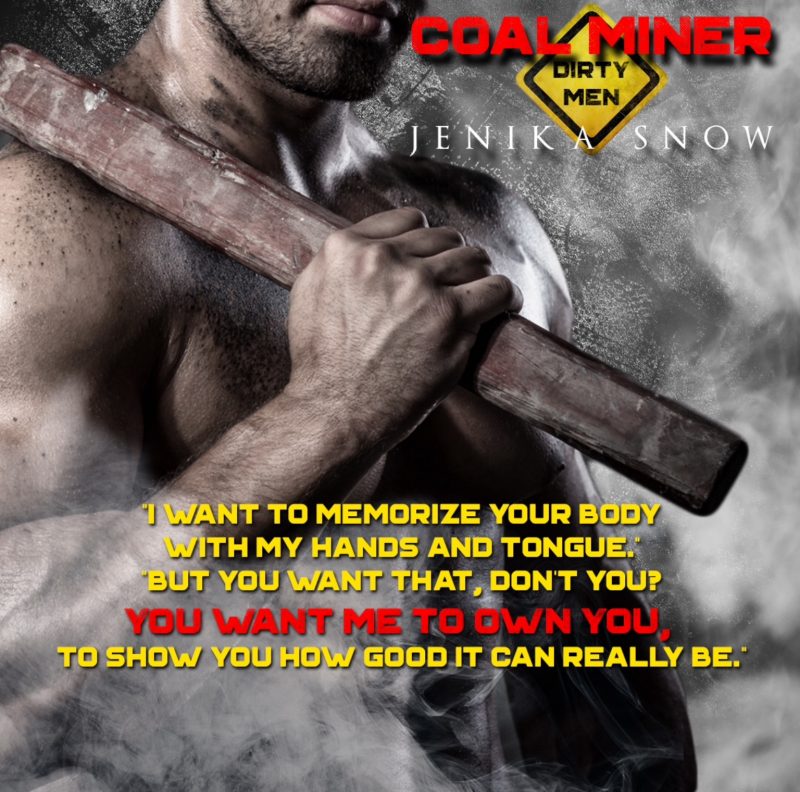 Hard work never looked so good. Calloused hands and hourly pay are as hot as any billionaire’s manicured digits in this collection of stories from four of the hottest, bestselling safe author’s around. These blue collar dirty men are ready to hold your hand, then hold you down in these stand-alone stories dedicated to working men everywhere. Pure alpha possessiveness and happily ever afters will leave you wiggling in your chair and dreaming of your own working-class hero. 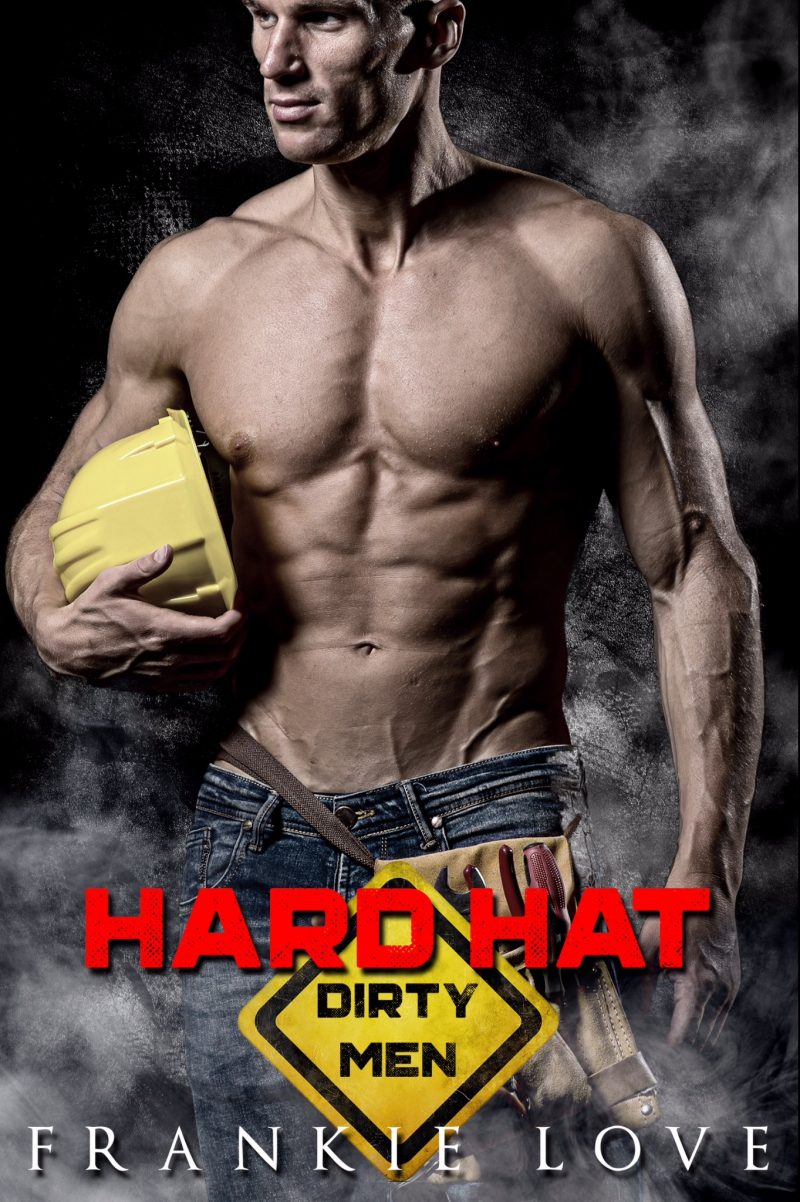 When Lottie walks down the steps of her apartment building at my current job site, she’s ready for a fight.
But I’m ready to make her sassy ass mine.
The sounds of my jackhammer may have woken her up today, but I’m gonna be the one to put her to bed tonight.
I can see it now—on her back, legs spread—oh yeah, I’ve got more than a hard hat. I have everything this woman needs.

This filthy-sweet read is the insta-everything you crave. Luke’s a real dirty man who knows where to put his screwdriver. His tool belt is loaded and ready. #nicehammer #howhard #illbeyoursocket
xo, frankie 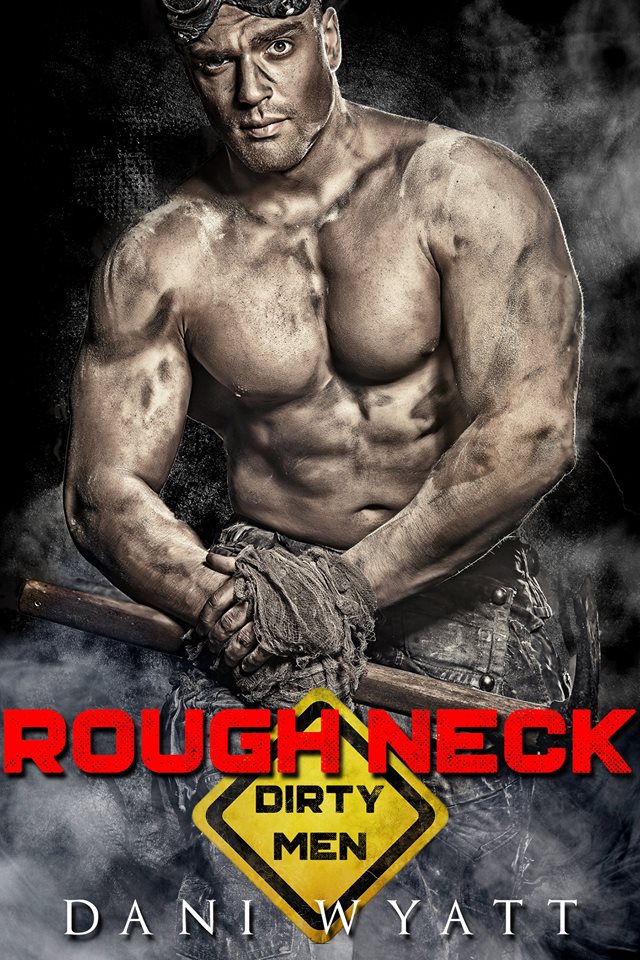 Dahlia Ferrell emerged from the back of a black limousine and stepped right into my life. I knew the second I saw those curves hidden behind a loose pair of khaki pants and blue button down, I was all but lost. I’m not sure she’s even legal, but it doesn’t matter, I’ll wait. Nothing female has caught my eye in years and now I know why. I’ve been saving all of me for all of her.

But, fate has a strange way of throwing obstacles in the path to happiness. She snatched up my heart with her wild red hair and dimples, then as quickly as I found her, she was gone. Leaving me back on the road, towing my house behind me on my way to yet another lonely drill site.

Only this time, fate decided to add a new twist and give me a second chance. I’m not letting her out of my sight again. I’m not sure what a sweet, wonder like her could see in a man like me, but I’m done questioning. I’m taking what’s mine and anyone that thinks otherwise better be ready for a hella of a fight. I’m never letting her go.

Author’s Note: This little smoking hot read is all about a dirty man and a smart young lady who destiny decides to toss together. He’s a little older, a little rough and she’s sweet, innocent but don’t let that fool you. This heroine isn’t afraid to be herself and that’s just what this roughneck ordered. It’s instalove, possessive obsession from first glance.

by Amber A. Bardan 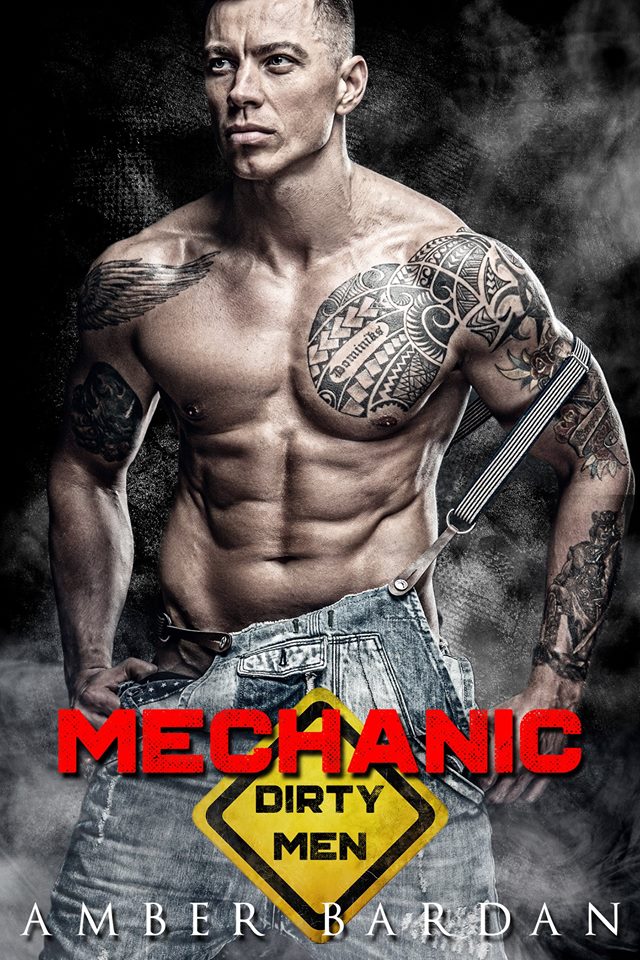 There was one girl Michael knew like no other.
Her good side and her wicked.
Gabriella ran from her past and her shame. She turned from the part of herself that got the person she loved most into terrible trouble.
It’s been so long now, it’s like that past no longer exists.
When Michael sees Gabriella after a decade, the one thing he doesn’t expect is that she’d have no idea who he is.
But Gabriella always liked to play dirty.
So what if he has to use his skills as a Mechanic to tamper with her engine?
He’ll use every tool in his toolbox to remind her who he is and make sure she never forgets again.