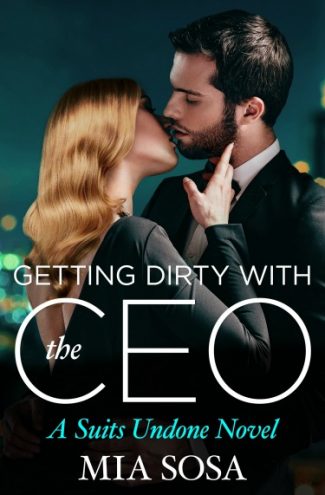 Sometimes you have to get a little dirty to get what you want...

Publicist Mimi Pennington is at the top of her game. She’s savvy, hard-working, and eager to move up the corporate ladder. So when her boss tells her that in order to make partner she has to land a prestigious account, Mimi meets the challenge head on. Never mind that the prospective client is Daniel Vargas, the polished and pompous player who rejected her months ago.

Mimi hasn’t given Daniel the time of day since their one fateful encounter, and while business has brought them back together, pleasure is what he has in mind. She says she’s not interested in giving him a second chance, but Daniel is prepared to call her bluff. All he needs is one week. One week to test her rules and price that he’s exactly the kind of man she needs...

Title: Getting Dirty with the CEO 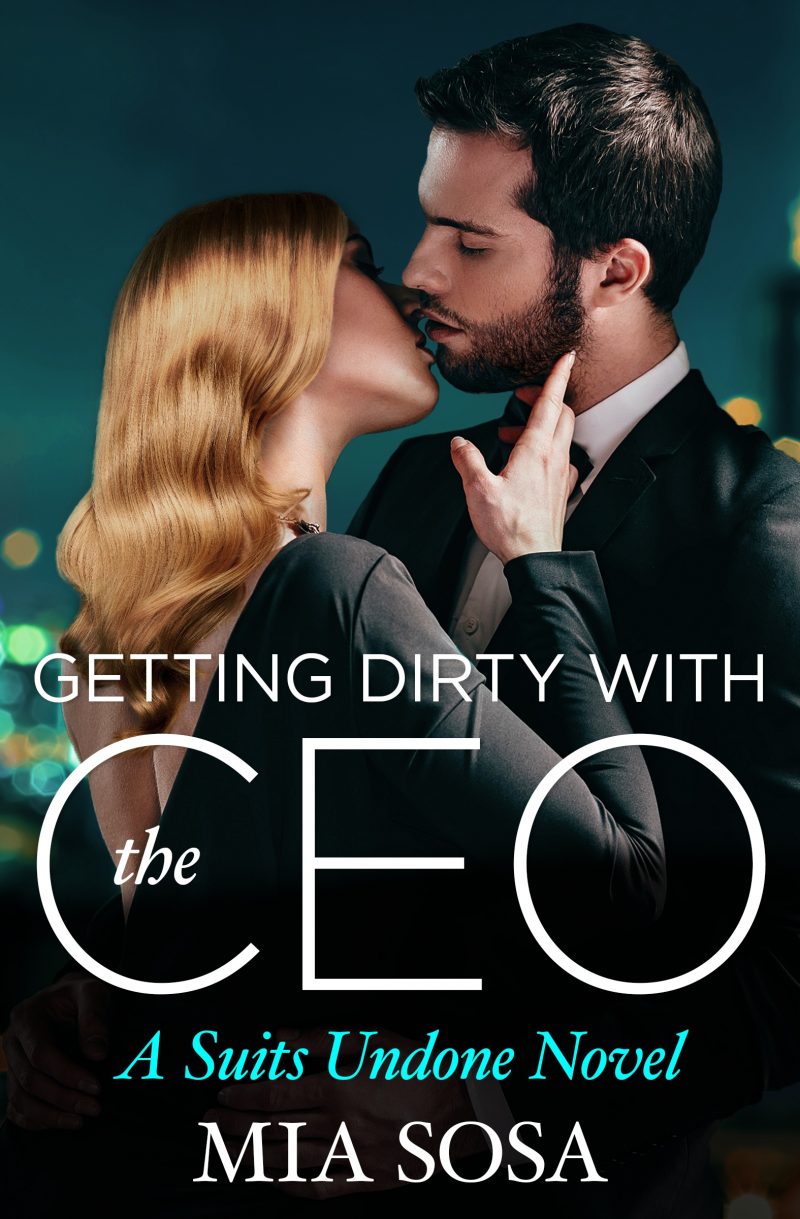 “Thanks for a lovely time. I should head in.”

“Sure. Let me walk you to your door.”

She’d opened the car door and had one foot on the sidewalk before he’d unlatched his seat belt.

She mumbled good night, practically sprinting to her building and then dashing up the steps, keys in hand.

She fumbled with her keys as she tried to get inside. “Dammit.”

His hand closed over hers. “I’ll help you.”

He fit the key into the lock with ease and swung the building door open for her. “Have a good night.”

After she closed the door, all her emotions—good, bad, and definitely not indifferent—rushed out in a tangled mess. She stood in the vestibule, rested her head against the wall, and released the breath she’d been holding. It would have been so easy to ask him in. But she’d only regret it later.

She jumped when he knocked on the door. Wide-eyed, she undid the lock and peeked out. “What is it?”

He stood outside the doorway, a tight expression making his cheekbones more prominent. “I saw you standing there. Are you thinking about it?”

Without much thought, she took a step back, letting him in. “It?”

He crossed the threshold and crowded her with his body. “Us.”

“Yes. I was thinking about all the reasons why being with you is a bad idea.”

He snaked his hand around her neck and pulled her flush against him. “How many did you come up with?”

He caressed her jaw with his fingers and then trailed his thumb across her mouth.

She parted her lips—to say what, she suddenly couldn’t recall—and he pressed his own lips against hers, licking his way inside. In a fog, Mimi closed her eyes, her lids weighed down by the intensity of their kiss. “This isn’t a good idea,” she whispered against his mouth. Her hands had missed the memo, however, and grasped the front of his shirt, drawing him closer. She wanted to lose herself in him, but her brain remained her last defense.

“Are you sure?” he asked. His hands remained at her waist.

“I was hoping you’d say that.” 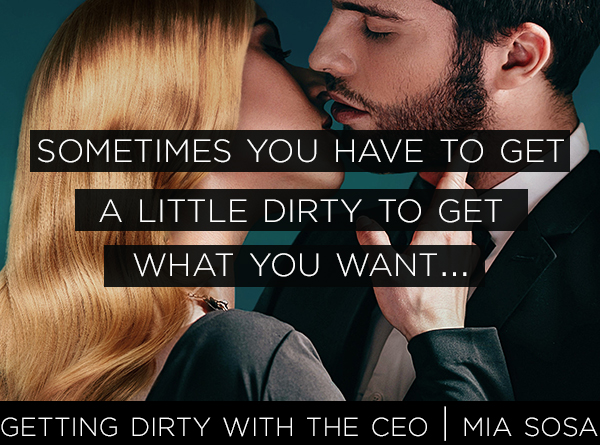 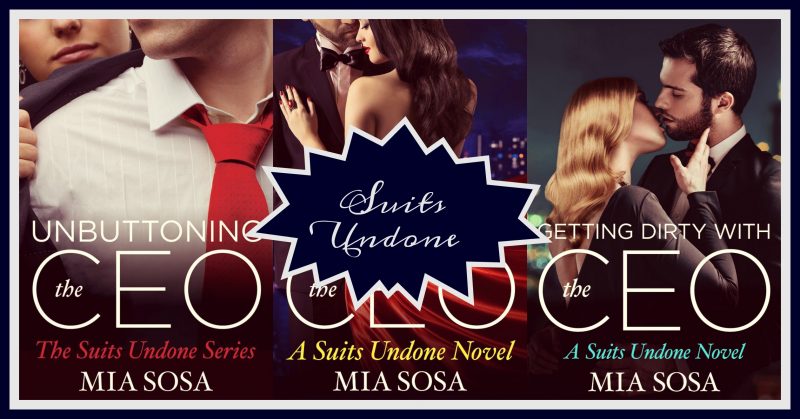 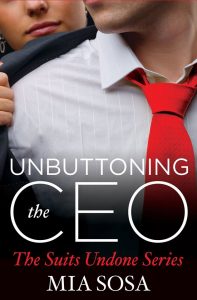 Who says you can’t mix business with pleasure?

As the CEO of a large tech company and a semi-reformed bad boy, Ethan Hill is used to calling the shots. But when he’s sentenced to work two hundred hours of community service-for reckless driving, of all things-this chief executive needs to keep his real identity under wraps. Which gets increasingly difficult when he can’t stop thinking about his sexy new (temporary) boss.

The moment Graciela Ramirez meets Ethan, she’s tempted to throw all professionalism out the window. She can’t afford to get emotionally involved, but after a steamy session behind office doors, a no-strings-attached fling might be exactly what they need. He’ll protect his secret. She’ll protect her heart. What could possibly go wrong?

One Night with the CEO 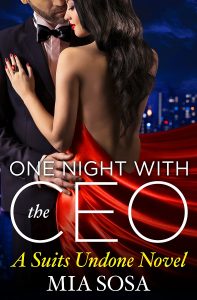 After some disappointing dates, Karen Ramirez has concluded that great sex is for other people. Especially since medical school won’t leave her much time for romance anyway. Then she runs into tall, dark, charming, and ridiculously wealthy Mark Lansing–and quickly reconsiders celibacy. Adding to temptation? Mark will be the best man at her sister’s wedding and the nuptial destination is sultry Puerto Rico. Now this trip might just be sensory overload–or the perfect chance for Karen to find the groove she’s never had.

For CEO Mark Lansing, his perfect match would be smart, sweet, and funny, with long legs and silky hair the color of dark chocolate. In short, someone a lot like Karen. But Mark’s looking to settle down, while a relationship is the last thing on Karen’s mind. So Mark proposes a plan: he and Karen will use their weekend in paradise to sizzling advantage–before downshifting to friendship. The only problem? Karen is all Mark can think of when he gets home. Now his most challenging negotiation will be for the one thing money can’t buy…

Mia Sosa was born and raised in New York City. She attended the University of Pennsylvania, where she earned her bachelor’s degree in communications and met her own romance hero, her husband. She once dreamed of being a professional singer, but then she discovered she would have to perform onstage to realize that dream and decided to take the law school admissions test instead. A graduate of Yale Law School, Mia practiced First Amendment and media law in the nation’s capital for ten years before returning to her creative roots. Now, she spends most of her days writing contemporary romances about smart women and the complicated men who love them. Okay, let’s be real here: She wears PJs all day and watches more reality television than a network television censor-all in the name of research, of course. Mia lives in Maryland with her husband and two daughters and is still on the hunt for the perfect karaoke bar.