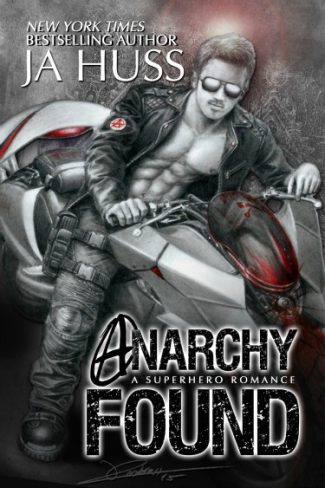 What if... you fell in love with a supervillain?

Everyone needs a hero.

That's what Detective Molly Masters tells me. "What we need," she says, "what the whole world needs," she pleads, "is a champion."

The only thing I want to talk about with Molly Masters is how I'd like to make her scream my name when I push her up against a wall, slide my hand up her thigh, and live out my wildest fantasies.

"Someone who will fight against injustice," she says.

I'll fight against anything you want, honey. Just come a little closer.

"Someone who will stand tall in the face of adversity," she says.

I'll do it standing, sitting, or lying down. See how easy I am?

"Someone who believes in the value of a good deed," she says.

I believe in the value of me, sweetheart. Because I'm Lincoln Wade. Jaded genius, obscenely wealthy, capable of violence, and looking for revenge.

Molly Masters might have delusions of grandeur. She might see me as some superman capable of cleaning up the scum, filth, and corruption in Cathedral City.

But I'm not the hero she's looking for.

I'm the dark alley where all her good intentions hide.

So be careful what you wish for, Molly Masters.

Because you're about to get it. 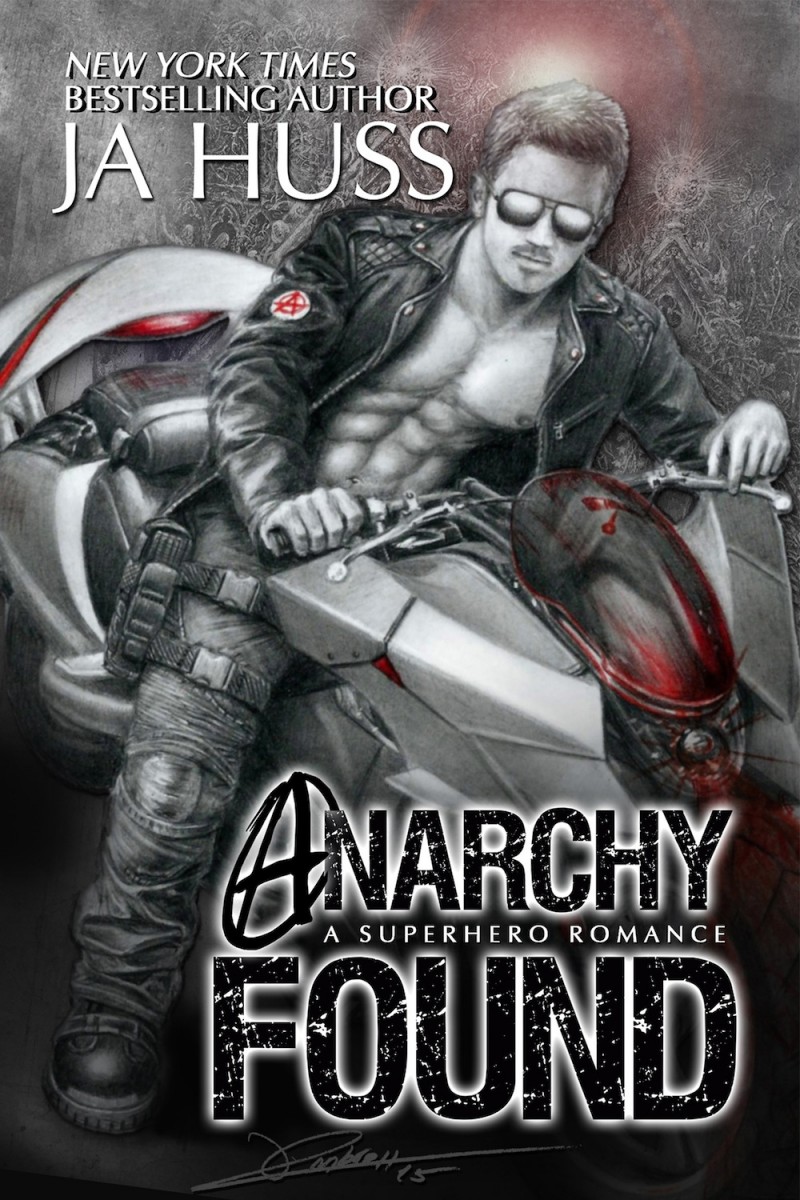 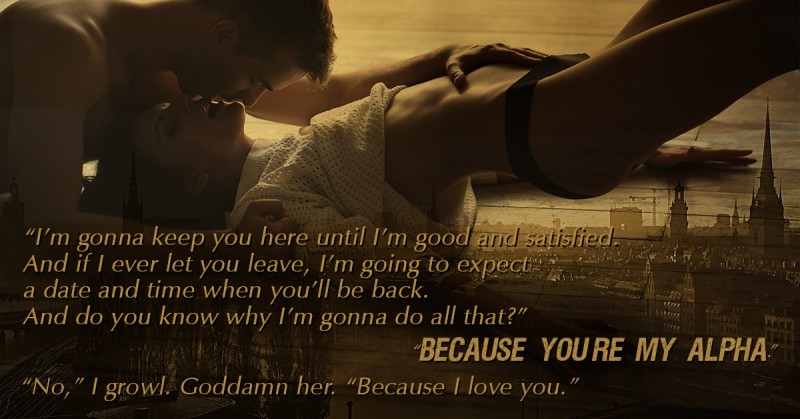 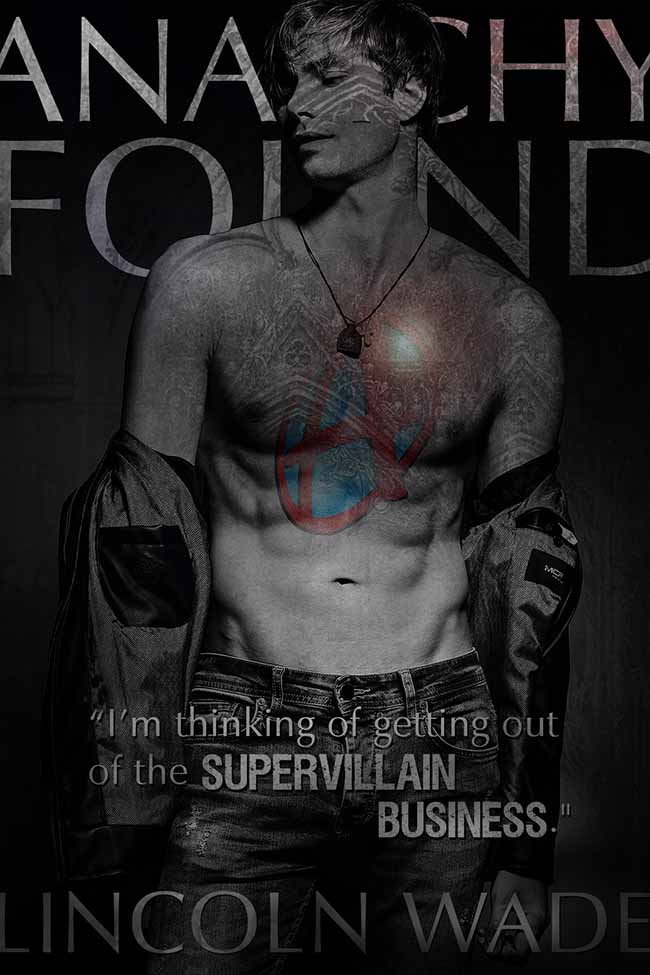 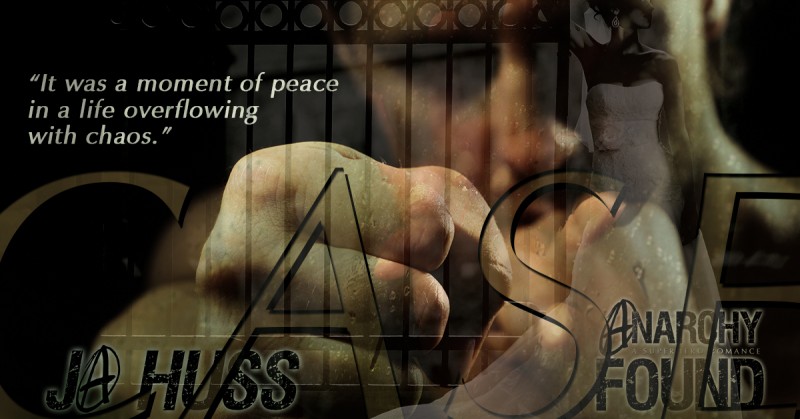 “Give in tonight, Molly. And I’ll give in tomorrow.”

“What’s that mean? Why do you have to talk in riddles? Just tell me what the fuck is going on.” My words come out as a hoarse whisper and I look at the ground. And I’d be lying if I said he wasn’t turning me on. This alpha shit. I should hate it. I should rail against it. Slap him again and walk off. Walk straight the fuck out of here with my head up.

But I can’t say that’s how I feel, because I don’t.

“Hold your skirts up and find out.”

I force myself to look up. His eyes are not bright with mischief. They are dark, and cold, and commanding. And his lips aren’t curled up in some playful smile. They are straight, slightly parted. And I can see his tongue doing a little dance inside his mouth, like he’s thinking very hard about something. His hand leaves the wall and he drops the soft fabric of my silk skirts so he can place both leather-clad palms on my cheeks. Gently. And this is the only gentle thing about him right now. Because he scares the fuck out of me.

“Do it,” he says, his mouth finding mine. His lips pressing into an unbreakable kiss. His hands caressing my skin. His body moving forward, his knee taking position between my legs. “Lift those skirts, Molly,” he says, his words tumbling against my tongue. “Let me slip my hand between your legs and play a little. Let’s have a good time tonight and forget that it’s all gonna come crashing down tomorrow.”

“Please,” he says. The word is so soft. So filled with longing, and regret, and emotion. It reminds me of that friend of his while we were dancing. His plea makes me want to obey. Against my will, I try to convince myself. But it’s a lie. There is something on the tip of my tongue. Like my brain has been keeping secrets and they’re about to explode out of me. So I reach down, grab a fistful of silk tulle and I give him what he needs.

His mouth is suddenly hungry and crushing. His tongue dances inside me. One hand leaves my face and goes to his belt and I hike my skirts up even more, exposing the bare skin of my leg. The brisk air flows upward, making my pussy tingle with anticipation. His belt buckle drops away, and he tugs on his zipper just before he presses his hard cock against my hip.

I push forward, making him groan with the pressure against his hard-on. “Do it, then,” I whisper. “Just do it. Before someone comes.” The voices of other couples in the maze are louder, but there’s no way for me to tell how close they are to finding the center. Or finding me here, doing this with him.

He grabs my skirts, the sudden force enough to make me gasp with surprise, and then he reaches between my legs and pulls my panties aside, just enough to slip a gloved finger inside me. “Open your legs wider, Molly.”

Just hearing his gruff voice say my name sends my mind spinning. Why? Why is he making me feel this way?

But that thought disappears as soon as the pressure inside me turns to pleasure. I obey his last command like I’m that computer thing in his cave. Forced to do his bidding. At his beck and call and under his spell.

Just as that thought crosses my mind, his cock—full, and hard, and throbbing just like my pussy—replaces his finger and I moan. Loudly. “Oh, God.”

“Shhh.” He laughs. And that laugh twists the whole thing around from forbidden and terrifying to reckless and tantalizing.

“I want to fuck you in the open,” he says. “Right here under these spotlights. With all those high-society fucks two hundred feet away, oblivious to what’s coming. All paranoid and pathetic, wondering what we’re going to do next. And if you make noise, Molly, I’ll have to drag your trembling and aching body over into the shadows and that would ruin everything.”

“You don’t want me to ruin everything, do you?”

I shake my head as I stare up into his eyes. He grips my waist like he never wants to let go. He rocks against me, pressing me so hard up against the cold pedestal, I can feel the roughness of the stones embedded in the concrete.

I lift my leg and his other hand is there helping. I wrap myself up against the hard, defined muscles of his stomach and around his hips just as he thrusts inside me.

“Fuck,” he growls, biting my earlobe. “They’re getting closer. Two more right turns and they’re gonna find us. And if you think I’ll stop, you don’t know me very well. So come for me, Molly. Come for me and say my name in my ear as you do it.”

“Lincoln,” he whispers. “My name is Lincoln. Say it. I need to hear you say it.” 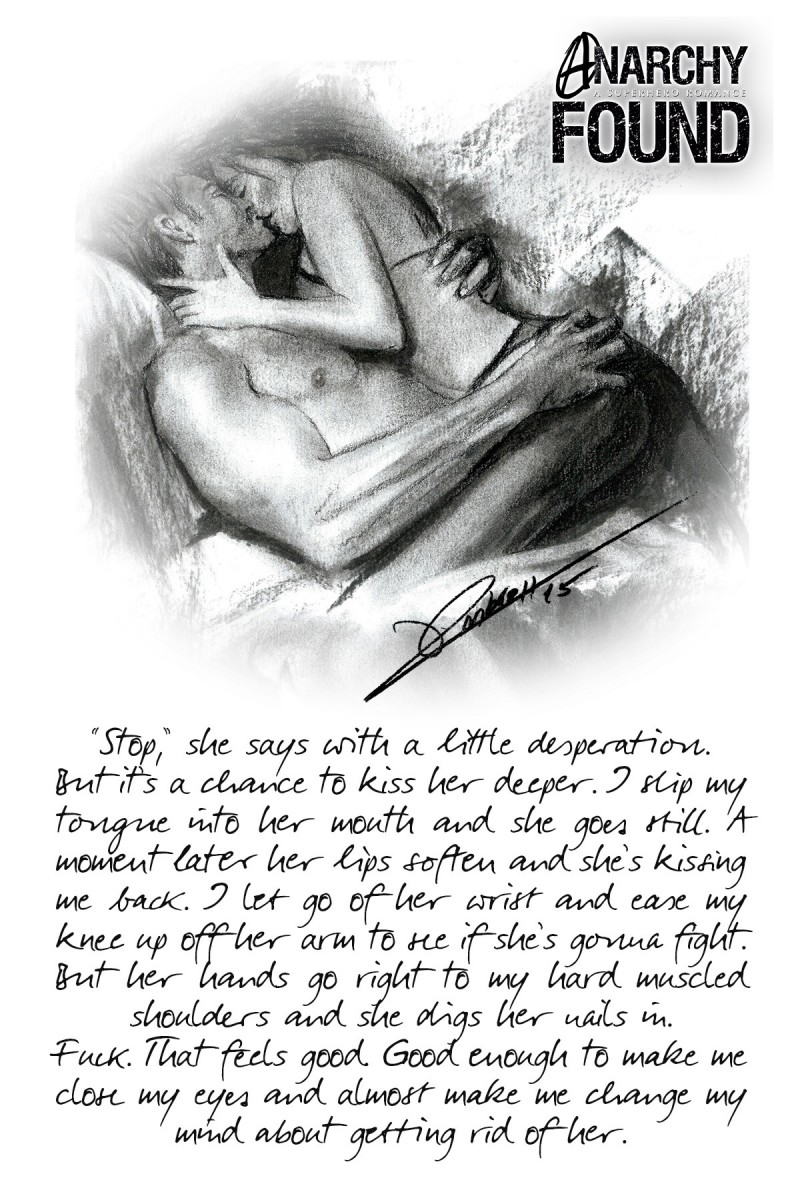 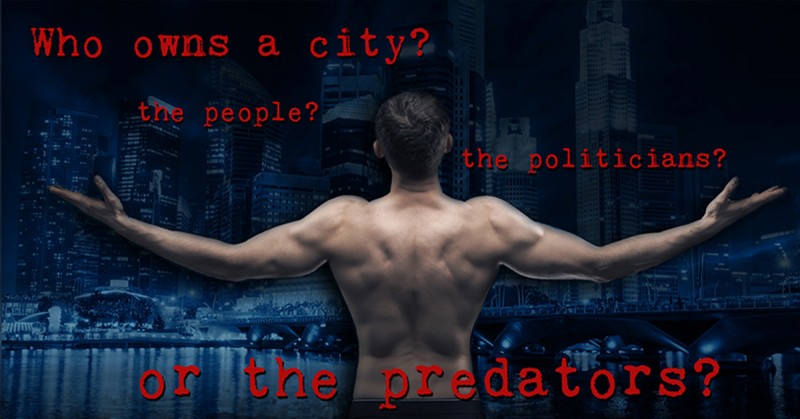 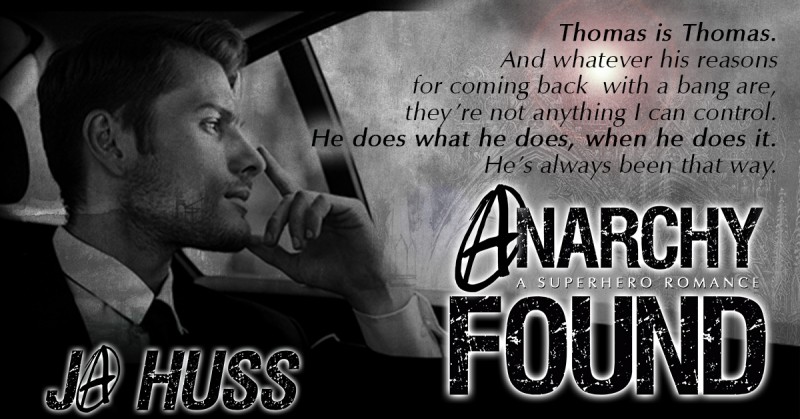 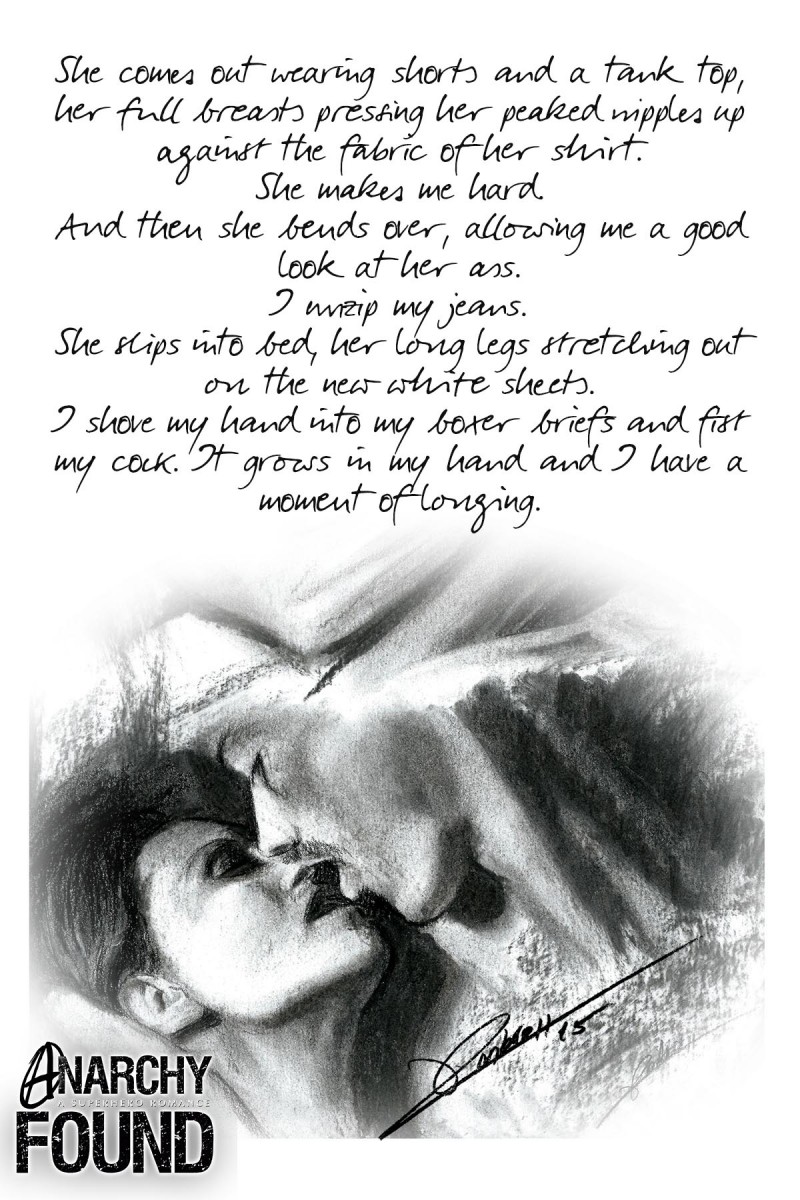