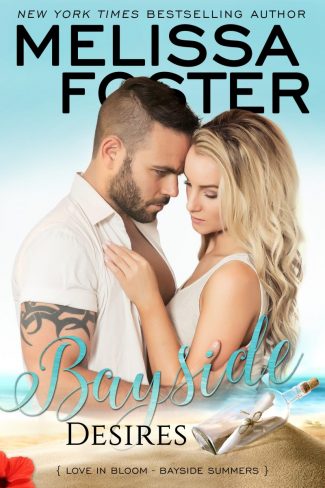 Fall in love at Bayside, where sandy beaches, good friends, and true love come together in the sweet small towns of Cape Cod.

In Bayside Desires…
As the co-owner of Bayside Resorts, Rick Savage has a fabulous job working with his best friends and brother, and a thriving business in Washington, DC, which he’ll be returning to at the end of the summer. Spending time with his family is great, but being back on Cape Cod has unearthed painful memories. When sweet, smart, and overly cautious Desiree Cleary moves in next door, Rick is drawn to the sexy preschool teacher, and she just might prove to be the perfect distraction.

Running an art gallery was not in preschool teacher Desiree Cleary’s plans, but after being tricked into coming to her impetuous, unreliable mother’s aid, she’s stuck spending the summer with the badass half sister she barely knows and a misbehaving dog. If that’s not frustrating enough, she can’t escape the sparks igniting with her strikingly handsome and pushy neighbor, Rick, who makes all her warning bells go off.

Passion ignites as Desiree and Rick spend long summer nights sharing heartfelt confessions and steamy kisses. For the first time in years Rick is enjoying life again instead of hiding behind mounds of work miles away from his family. Desiree has touched him in a way that makes him want to slow down. Only slowing down means dealing with his demons, and he isn’t sure who he’ll be when he comes out the other side.

Bayside Summers is a series of standlaone steamy romance novels featuring alpha male heroes and sexy, empowered women. They're fun, flirty, flawed, deeply emotional, always passionate, and easy to relate to. Bayside Summers is part of the Love In Bloom romance collection by New York Times & USA Today bestselling and award-winning author Melissa Foster. While each book may be read as a standalone, you might enjoy reading the entire Love in Bloom series. Characters from each sub-series appear in future books. 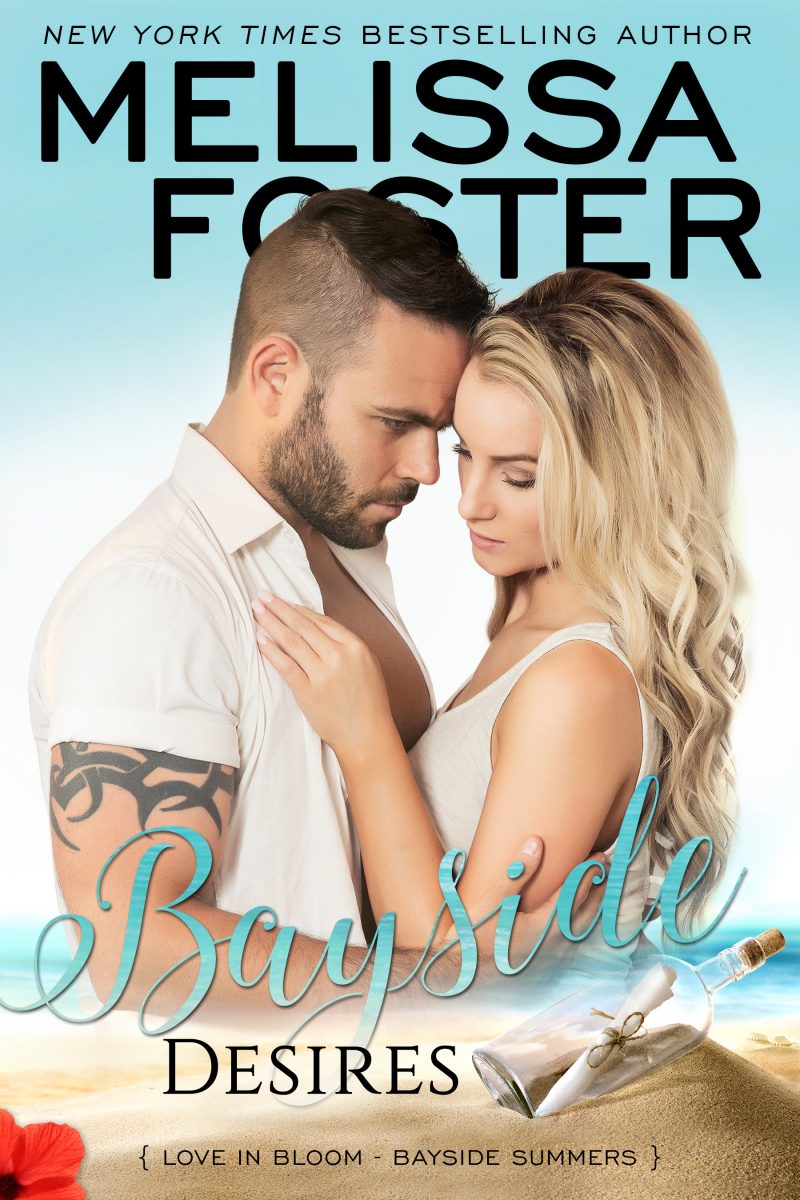 Oh shit. Rick Savage beached his craft, threw his life vest onto the sand, and ran after the woman he’d soaked. He’d been so captivated by the curvaceous blonde that when she’d started to leave, his first instinct had been to stop her. He’d clearly lost his mind. He knew better than to come that close to the jetty or to fishtail near people.

“I’m so sorry,” he said, jogging over as she stepped off the rocks and onto the beach.

She turned, mouth gaping, strands of wet hair stuck to her cheeks, forehead, and shoulders. The most beautiful green eyes stared back at him in shock and horror. He felt like a total ass.

“I’m sorry. I saw you watching me, and—” There was absolutely no excuse for what he’d done, so he went with the truth, no matter how bad it sounded. “I wanted to meet you before you took off.”

“I wasn’t watching you.” Her eyes darted around them, as if someone else might hear her lying.

He cocked a brow.

“Okay, maybe I was for a second. But you were stalking me.” She swiped at her sundress, which clung to her incredibly sexy body like a second skin.

He tried not to leer, but damn…

Forcing his eyes up, he said, “I wasn’t stalking you—”

Her deadpan stare stopped him from telling his own lie.

“Does this usually work for you? Drenching unsuspecting women?” she said with a hint of annoyance, and a smile, as she shook the water from her arms. “Not that I’m an expert on being hit on, but it doesn’t seem like the best way to go about it.”

“I’m sure you get hit on all the time, but this wasn’t planned. It was a stupid mistake. It’s actually illegal to go that fast near the jetty, so you can have me arrested if you’d like. I wasn’t thinking. I was—”

She arched a brow, a slight smirk playing across her beautiful face as she tossed his mannerism right back at him.

He felt himself smiling. Man, this woman was as sweet as she was spunky. “What can I say? If you weren’t so hot…”

“So, it’s my fault?” She rolled her eyes. “You really do kind of suck at picking up women.”

The caveman in him grunted, and he squared his shoulders. “I don’t suck at it. I’m actually really good at it. A pro. A master. A champion.”

She laughed. “Sorry, but…” She waved at her wet clothes. “Evidence proves otherwise.”

And I’m about to prove that evidence wrong. “Let me buy you a sweatshirt and something warm to drink at Mac’s so you don’t freeze.” Mac’s was a walk-up restaurant by the Wellfleet Pier, a five-minute drive by car. Less by Jet Ski.

Her eyes rolled over his face, as if she were considering it. He’d never had anything close to a poker face, which meant she saw his remorse and his attraction. At six two, two thirty, he was a big dude, and he kept in prime shape with running and water sports. He was used to women ogling him and practically doing cartwheels to get his attention. She drew in a deep breath, her eyes dropping to his bare chest, and she bit her plump lower lip. “Sexy” didn’t begin to describe the dichotomy of sweet and sultry this woman possessed. But she wasn’t doing cartwheels. In fact, those hungry eyes shifted away from him.

“It’s okay,” she said. “I was getting ready to leave anyway.”

She was blowing him off? There was no way he was letting her leave without doing something to make up for this debacle. Okay, maybe he also wanted to strip away those wet clothes and warm her up. But that was beside the point.

“Are you staying at a cottage on the beach? I can give you a ride on my Jet Ski.”

“As tempting as that sounds, since I’ve never been on one, I have my car.” She pointed to the parking lot with the hand that held her phone, and her smile faded. “Oh, shoot. My phone got wet.”

“I can take care of that.” He took it from her and wiped it on his shorts. She watched his hands, his biceps, his pecs, his shorts, with laser focus. His fish wasn’t off the line yet. “It should be okay now. Want me to put my number in your contacts? In case you change your mind about that drink?”

That brought a curious smile. He noticed the cutest dimple beside her mouth when she smiled. “Does that usually work?”

“No idea. I haven’t had to use that line before.”

He stepped closer, unable to resist brushing a lock of hair that was stuck to her cheek away from her face so he could see her better. Their eyes connected, and the temperature spiked. She must have felt it, too, because she was licking her lips like a hungry tigress. In the next breath, her eyes darted nervously around the beach. Christ, now she looked sweet and innocent. How did she do that in the blink of an eye? Rick was only at the Cape for a few more weeks, working on renovations at the resort before returning to his real life, and design-build business, in Washington, DC. The thoughts running through his mind were not sweet and innocent. He should let his apology ride, get on his Jet Ski, and drive away. But she had his rapt attention, and he was unable to walk away.

“You don’t have to use my number,” he said. “But you never know. Maybe when you’re lying in bed tonight, unable to stop thinking about me, you’ll wish you had it.”

Her cheeks flushed, and those sparkling green eyes moved over his face and down his chest again, lingering long enough to send a stroke of heat to his core.

“Why not?” she said, surprising the hell out of him. “Go ahead and put your number in my phone…?”

“Rick.” He entered his contact information and handed it back, curling his fingers over hers and holding them for a beat.

Her eyes flicked up, dark and alluring. “I’m Desiree,” she said a little breathlessly. 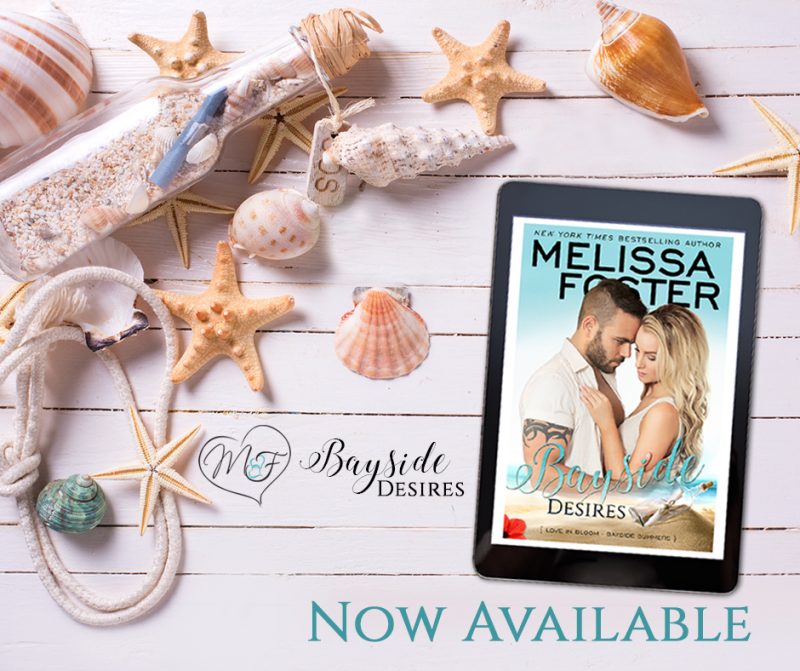 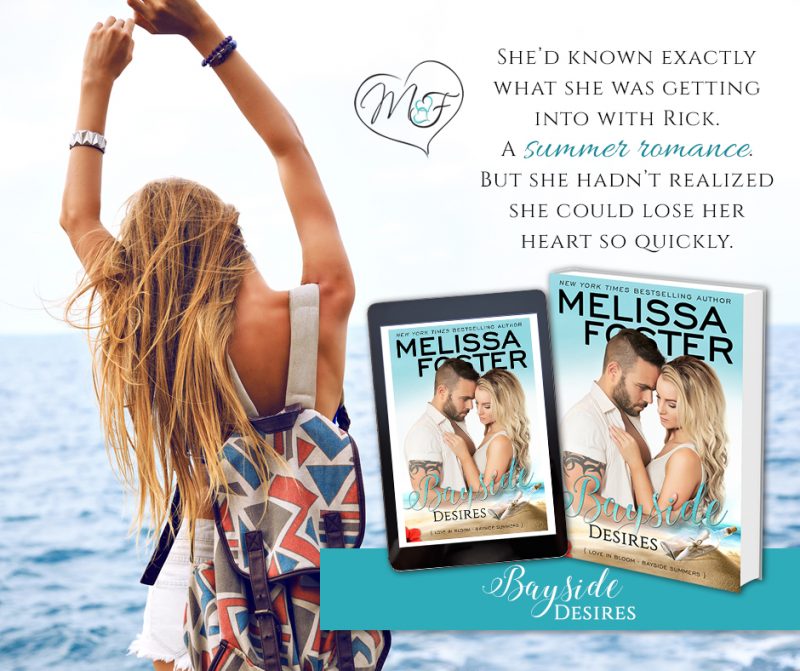 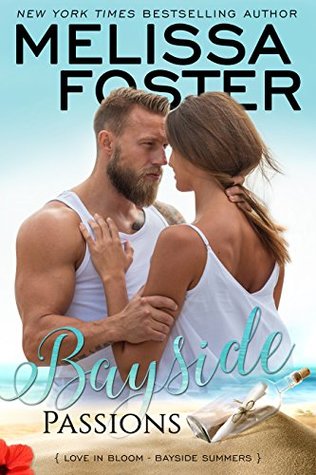