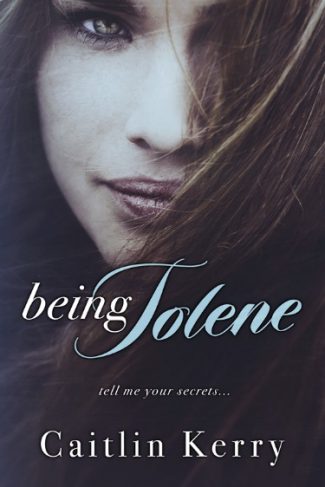 The first time Jolene meets a mysterious man wearing flannel, it’s a case of mistaken identity. The second time, they end up against the side of a bar.

Jolene Hayes finds herself spending the summer in the picturesque mountains of Idaho in order to avoid a past fling. It’s a perfect escape, except for the one problem that keeps popping up: a sexy backcountry pilot named Ty Harrison. Jolene tries her hardest to resist his scruffy beard and flannel wearing ways, but eventually rationalizes that a summer fling would just be like the rest of them—love ‘em and leave ‘em and move on with her life.

Between these two are secrets that could tear them apart before they even get started, though. Life changes without warning, and dealing with the results leaves Jolene protecting her heart at all costs. Ty knows he is everything Jolene doesn’t want, but he can’t let go of the fiery siren.

Throw in the element of wilderness, a small town where secrets can’t hide and the past repeatedly showing up on Jolene’s front porch, the promise of a summer fling becomes complicated.

Contemporary  Romance – Can be read as a Stand-alone 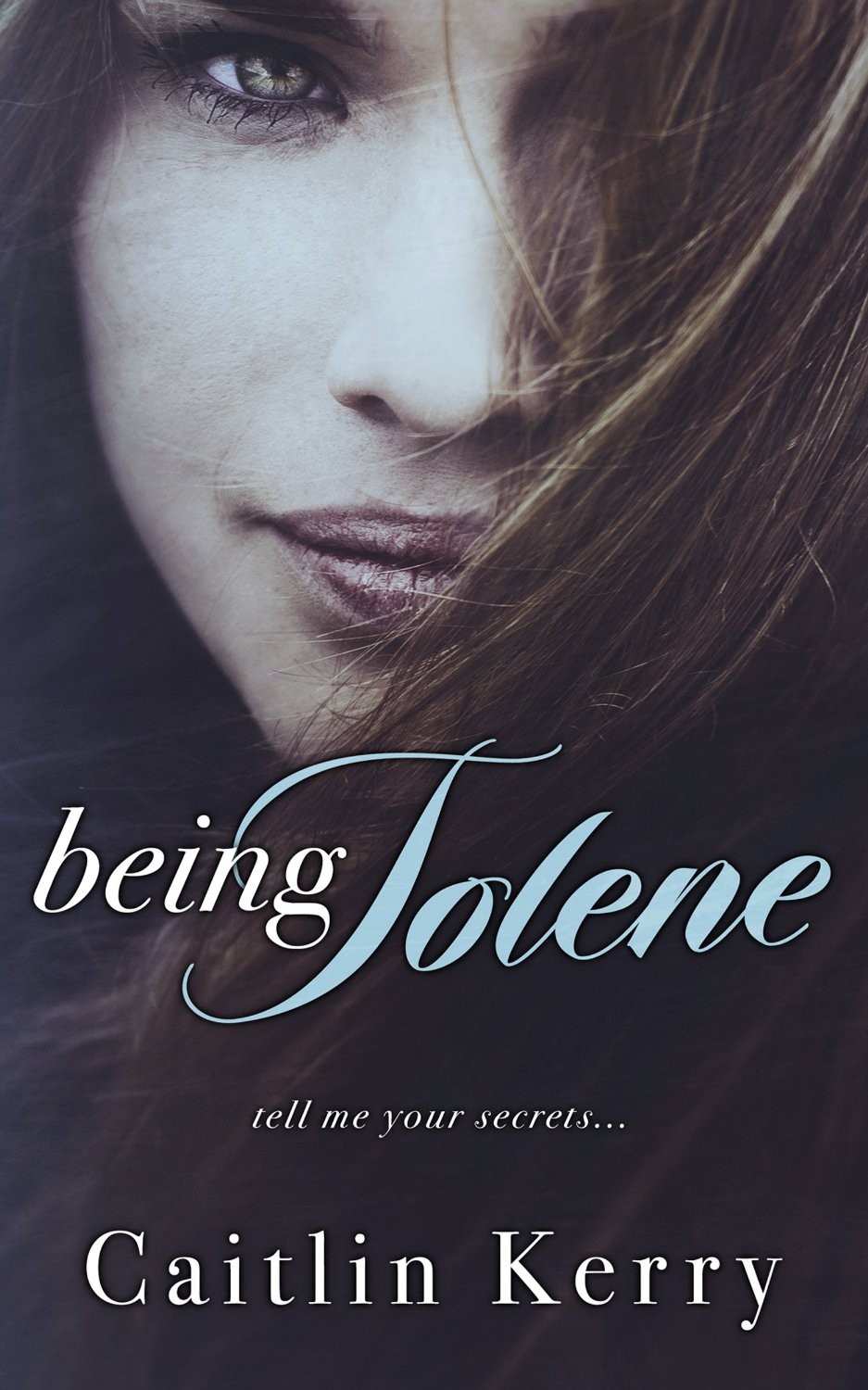 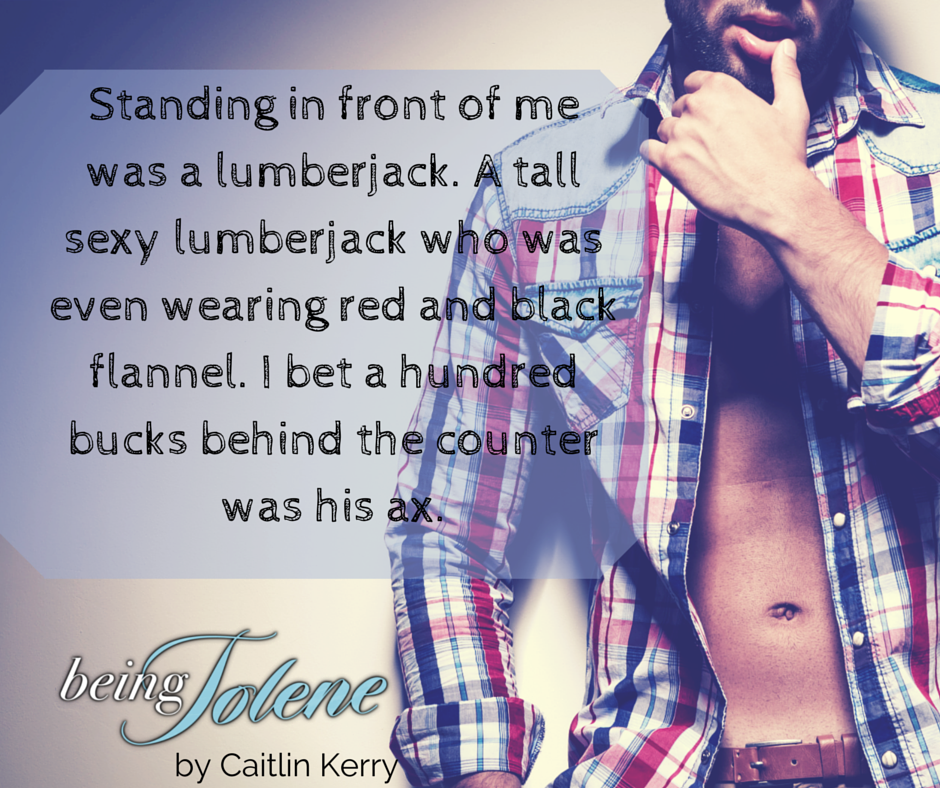 Yet, as I stood in the country bar in the middle of Gypsum, Idaho, I started to rethink my whole notion on the bar scene. What I was looking at was quite strange. All I could see was cowboy boots, wranglers, and granola type people. Lots of hats. I scanned the bar from the rickety wooden table I was perched at. This was one of those times where I knew heavy drinking was not a good idea so I slowly nursed my vodka cranberry and took in the crowd. The good ol’ boys were out in full force tonight. I mean, yes I was from Idaho, but I rarely left Boise, a large city. I was used to the more outdoorsy type, Boise was full of them, but all the cowboys I was seeing reminded me that I did in fact live in Idaho. As I took another drink of the watered down beverage, my eyes caught made contact with the last person I wanted to see.

Shit. Of all my luck, of course Sexy Lumberjack would be here. I was known for being on top of my game. I always had a witty comeback and I never let anything affect me. Or at least that was the image I put out there. Sexy lumberjack threw me off my game that morning a month ago. Not okay. I scrunched up my nose as I took him in as he stood there, a bright smile on his face as he twisted the bottled in his hands.

Fuck me. What was I supposed to do for four months in this barely-there town with all of these cowboys. And one lumberjack. I didn’t even bother to drink the rest of vodka cranberry. I threw a few singles on the table and grabbed my purse to head out of the bar. I was done with this night.

I was practically out the door when I heard, “Hey. Caleb’s girl.”

I stopped. His alluring soft, deep voice wasn’t anything new. I had heard plenty of men whisper pet names in my ear because they couldn’t remember my actual name. I smirked to myself and turned around to face him.

“Lumberjack,” I addressed him.

He raised a brow. “I’m not a lumberjack.”

I matched his raised brow. “I’m not Caleb’s girl.” 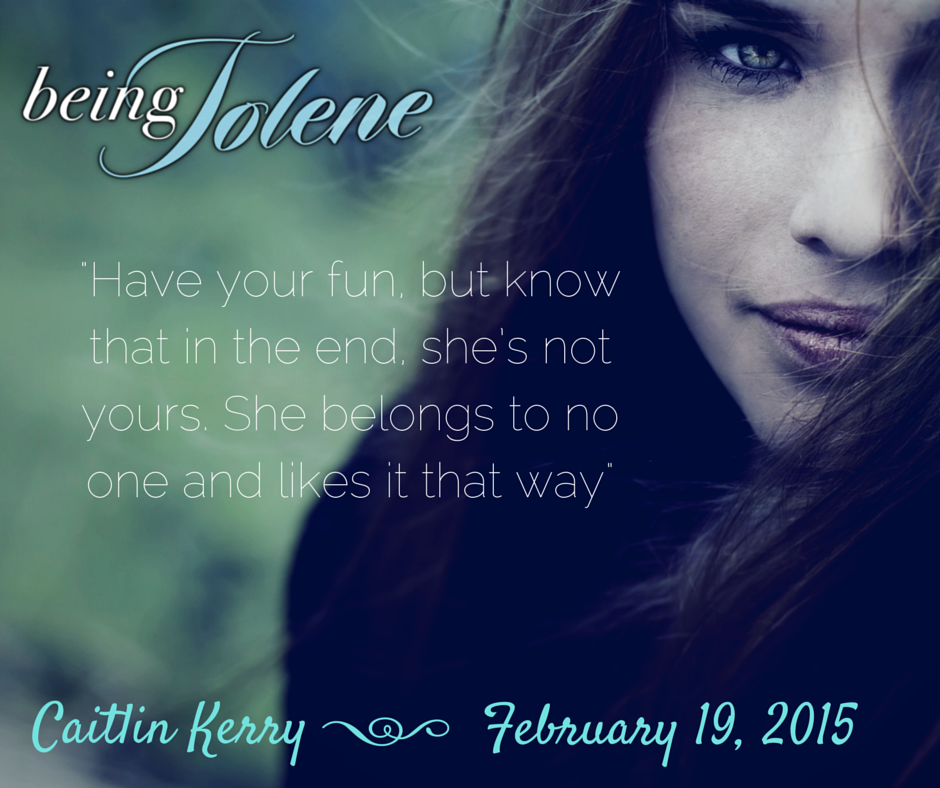 My inspiration behind Being Jolene by Caitlin Kerry

When I start a story, or when I get an idea for one, usually there are three main points or themes that I want to explore. For Being Jolene, it was a few things. Jolene was a side character from my first book, Finding June, and I knew that her story would be next because in some ways, I didn’t really know Jolene and I wanted to know what made her tick. Here were the three things I focused on.

Those were my running ideas through Being Jolene and from there the story grew. I can’t wait for you to read Jolene and Ty’s story, coming to you February 19, 2015! 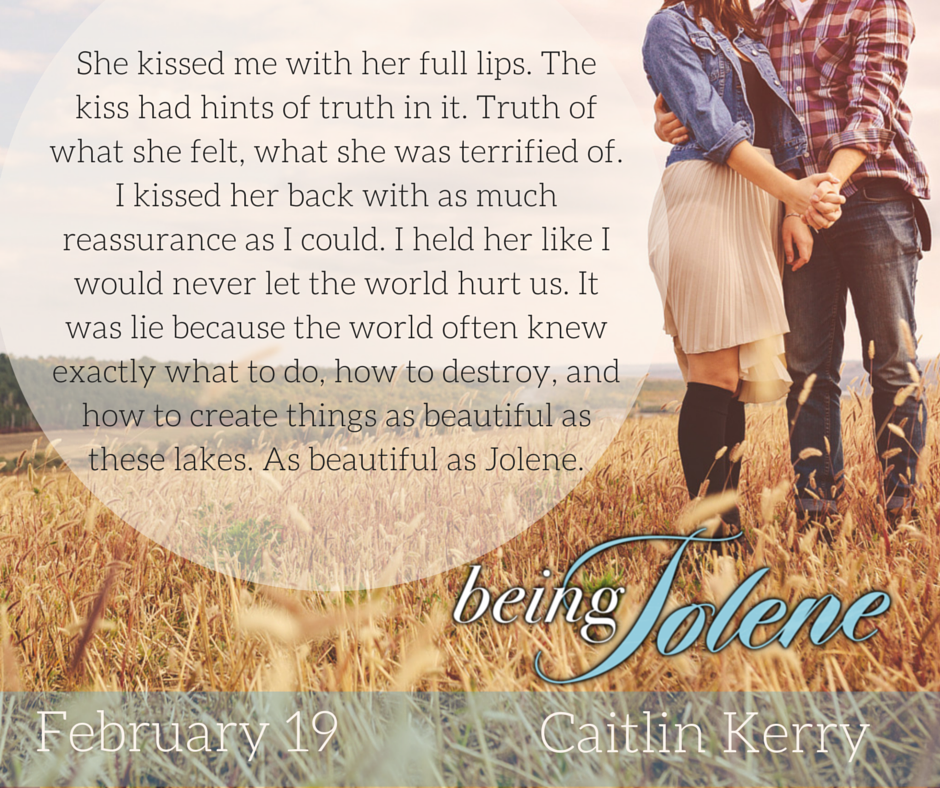 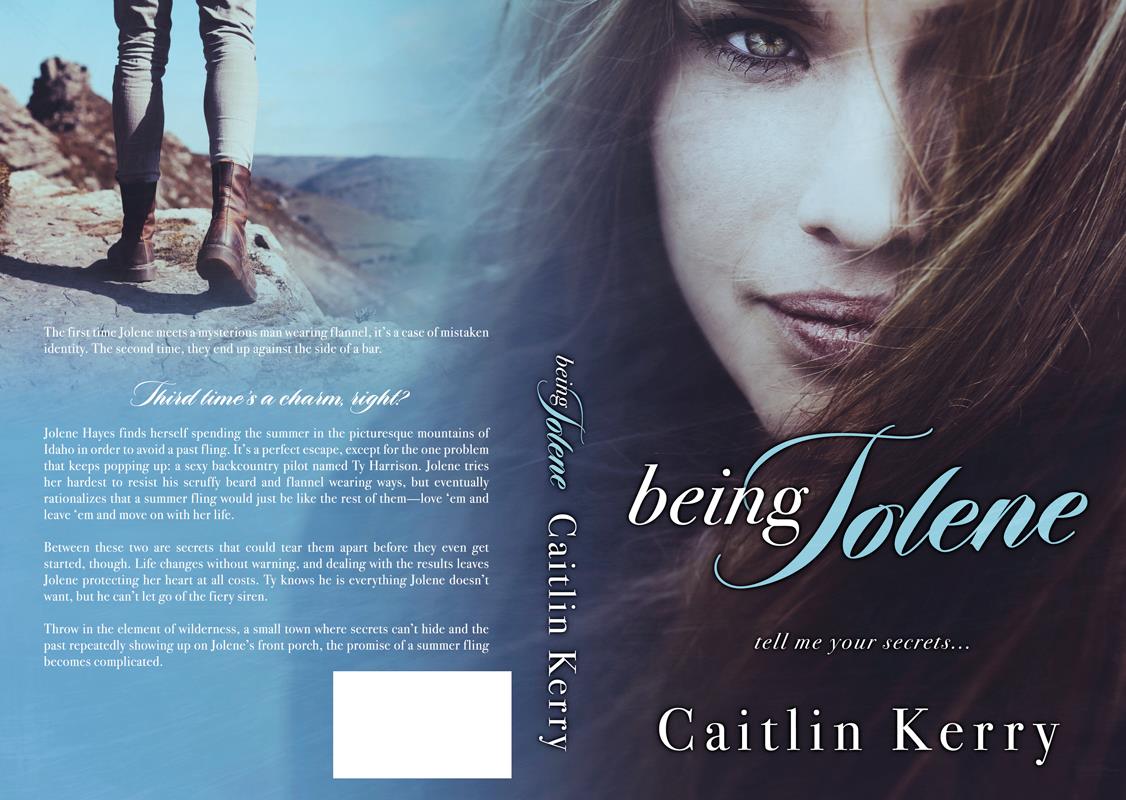 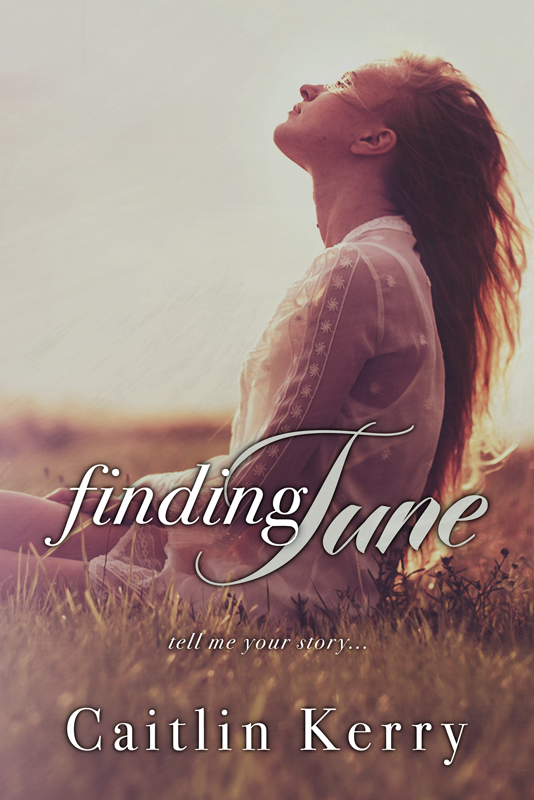 Tell me your story….

June Rosewood followed the plan. College degree? Check. Longtime boyfriend who is possible husband material? Check. Finding a job after school? Working on it. Yet, it only took one emotionless conversation on a beach in Mexico for everything to fall apart. After running away for the summer, June’s back in Boise, can’t find a job and is stuck working as a waitress.

When June runs smack dab into Reece Day, her new coworker, she knows to stay far away from him. After being away from the town Reece grew up in, his journey has brought him back to where it all began. Reece is searching for forgiveness, but also stumbles upon the lively and smart mouthed June, who is so clearly lost in herself. Reece catches June’s attention with his uncanny ability to always get under her skin, leaving her questioning what she really wants in life.

Soon, June embarks on a journey of self-discovery to let go of the plan, because sometimes the unexpected surprises along the way are the most important and meaningful. 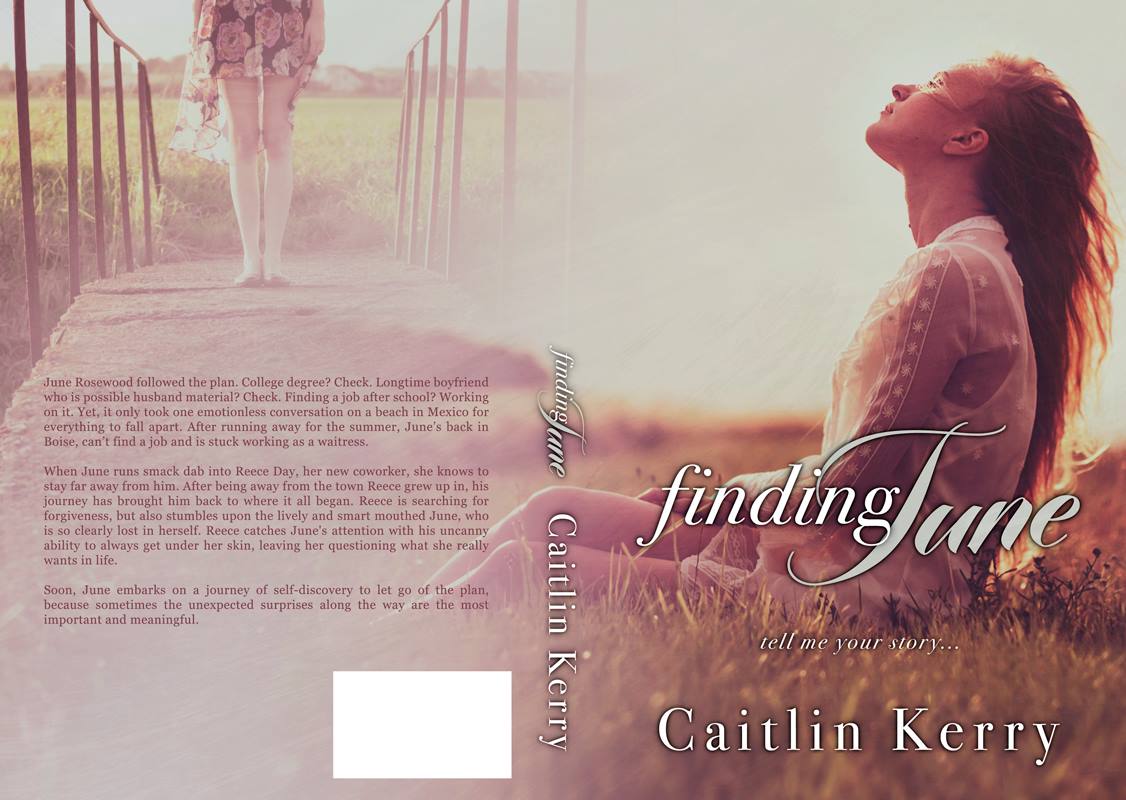 Caitlin Kerry is obsessed with the stories we tell. Her love of reading and writing led her to accomplish a goal she set for herself at the age of seventeen. She has a degree in History and Political Science and a Masters in Public Administration. Caitlin is an avid tea drinker, hopeful adventurer, lover of music and often finds the best medicine is the quiet of nature.

When Caitlin isn’t writing or reading she usually can be found enjoying the great outdoors with her geologist husband, always looking for the next adventure. She currently resides in Idaho.