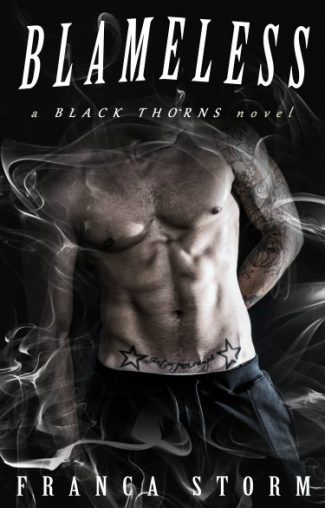 He never saw her coming. An angel doesn’t belong with a devil.

Nothing will ever be the same….

Zeb “Runner” Wilkes has always been the wild playboy of Black Thorns MC. The shallow joker who spends his life partying and screwing. He never once imagined it would get tired. Until it does. When he steps in one night to protect shy diner owner, Sarah, he quickly realizes there’s more to her than he gave her credit for. But this down and dirty biker doesn’t do sweet and innocent. Or, so he thinks, until he gets a taste of her. Before long, he’s unable to maintain his own denial. He’s in trouble, because she’s on his mind. He wants more than a taste. But can a man like him really have a woman like her?

Sarah Hughes has been living her life in peace, running her diner in Brockford. She keeps to herself and never lets herself get mixed up with any men, not after her awful past. But when her ex finds her and starts trouble in her diner, everything changes. Her biker crush steps in like a knight in shining armor. Her ex and his business partners turn out to be enemies of Runner’s club and the mutual threat throws her and the sexy biker together.

Runner and Sarah find what they didn’t even realize they needed in each other. He gives her strength and brings out her fire. She becomes the only thing standing between him and absolute darkness.

But when a blast from the past attacks Runner in the most sadistic way, their relationship is put in jeopardy. In the aftermath, he’s sent into a tailspin and being pulled into his old life. Can he hold on? Can Sarah bring him back from the edge? Or will he end up losing everything: the club, Sarah and even his life?

(This book can be read as a standalone, but characters from the previous books appear and situations/relationships from the first two are also referenced.) 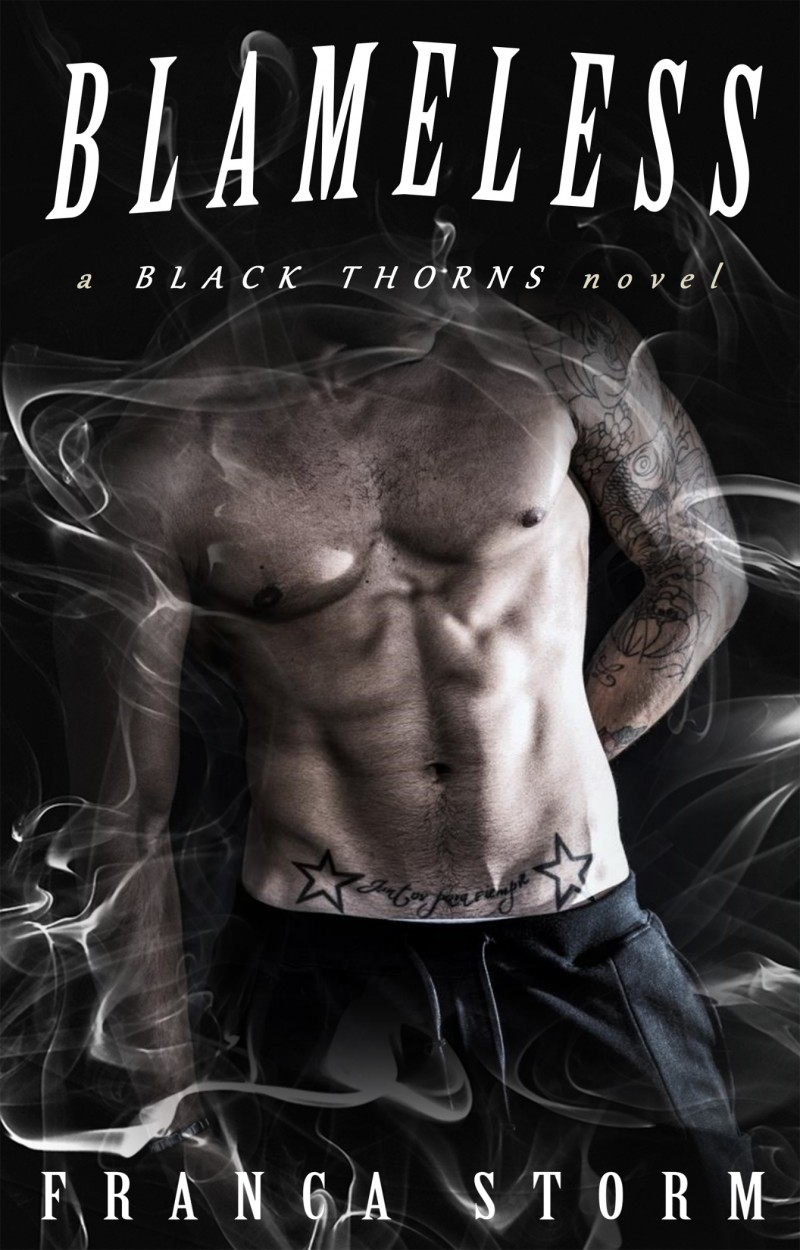 His eyes are hard this time as he tells me, “Go, Sarah. I mean it.”

He steps into me and growls. “Telling you for your own good. Fuck, do it. Go.”

He growls to himself and moves away. “You think you can help me? That it?”

“Just tell me what you need.”

He scoffs. “What I need, huh?” He strides back to me and gets in my face, forcing me to back up. My ass hits the hood of the hummer. He leans in to me and slaps his hands down either side of me, boxing me in. “What I need ain’t something you can give me.”

“Wh…what?” I struggle to get out, finding it hard to breathe with him suddenly this close.

“I need to get some shit outta my head. Outta my system. And the way I do that is booze or sex. But both…both I gotta do hard-core. No holds barred. All right? You wanted to know. Now you do.”

He pushes off the truck and steps back from me.

His eyes narrow. “Ain’t no more whores for me!” he yells, really pissed at my question.

Oh. Okay, then. I guess I have my answer on that at last. But then…then he’s saying now we’re together, he can’t get what he needs…sexually? How dare he?

“Come here!” I find myself demanding angrily all of a sudden.

He starts in surprise at this sudden flare up of spunkiness from me. It has him stepping up to me again. “Yeah?”

I hold my hands out to the sides. “Take it.”

“No,” he says, shaking his head vehemently.

I grab his arms and his gaze snaps to mine. “Zeb, don’t tell me who, or what I am. How dare you think you can decide this for me? How dare you refuse to let me help you? For days you’ve just been avoiding me. And then you tell me we’re together…in your mind. It’s not fair! You can’t do this to me! You can’t decide everything in this…this…relationship of ours!” I stomp my foot and yell, “It’s not fair! Stop it!”

He just stares at me, unmoving, for several long seconds of intense silence.

Before I can get a word out, he lunges at me and attacks me with his mouth.

He kisses me harder than he ever has. He doesn’t wait for my permission this time either, before shoving his tongue into my mouth. I can barely breathe as his lips, tongue and teeth devour my mouth, taking intense possession of every part.

He grabs my wrists then as he leans over me, forcing me to lay back on the hood of the truck. He pulls them up over my head and pins them there with one hand. With his other, he grabs my ass and jerks me up onto the hood so my back is flat against it.

He breaks our kiss as he climbs onto me, straddling my hips, while his hand continues to trap mine above my head, holding me at his mercy.

I shake my head. “No,” I pant, struggling to catch my breath from the intensity.

He shakes off his cut and then he’s ripping his t-shirt over his head in the next second and revealing those amazing rock solid abs of his. He smirks at the look on my face as his fingers glide down to his jeans. He pops the fly and he’s pushing them down frantically then. He’s not wearing any boxers and I gasp when his dick comes into view, as he pushes them down to the middle of his thighs. And then he’s tugging down mine. He doesn’t even take the time to take my panties off. He just rips them off me roughly, making me cry out in surprise.

“Sarah,” he growls as his hand comes up again and holds my wrists down above my head.

He thrusts into me then, shocking me with the lack of warning.

“Fuck,” he grunts. “Tightest fucking pussy I’ve ever had.”

He drives deep, pulling out almost all the way and then slamming back in again hard, driving so incredibly deep. It’s rough and brutal and every thrust has me screaming from the ferocity of it. This is what he was trying to warn me about.

“Tell me,” he grinds out as he slams back into me once more. “Tell me…to…” he pulls out. “Stop!” he yells, thrusting deep again.

I shake my head from side to side.

Desperation clouds his face and he groans, “Sarah.”

He pulls out, grabs my hips and lifts me up, his every movement jerky and urgent. He carries me over to the workbench. And then he’s sweeping his hand over it, knocking all the clutter onto the floor. It crashes to the floor with thunderous clang after clang, echoing through the garage. He lays me down on it.

His hands grab my thighs roughly, his fingers pinching the soft flesh there. He spreads them wide, holding me open.

And then his mouth is on me 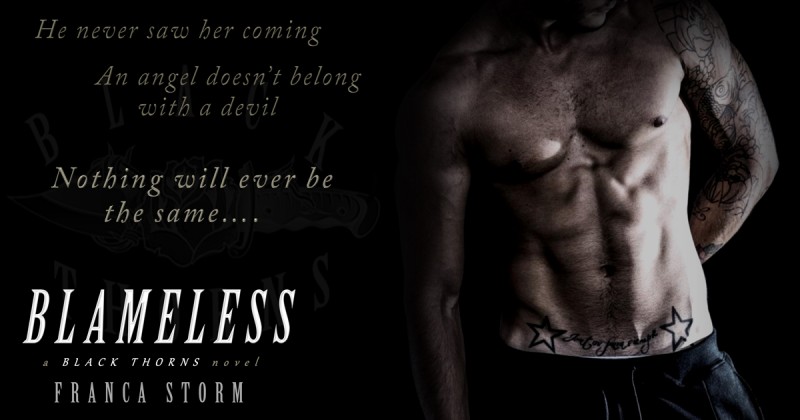 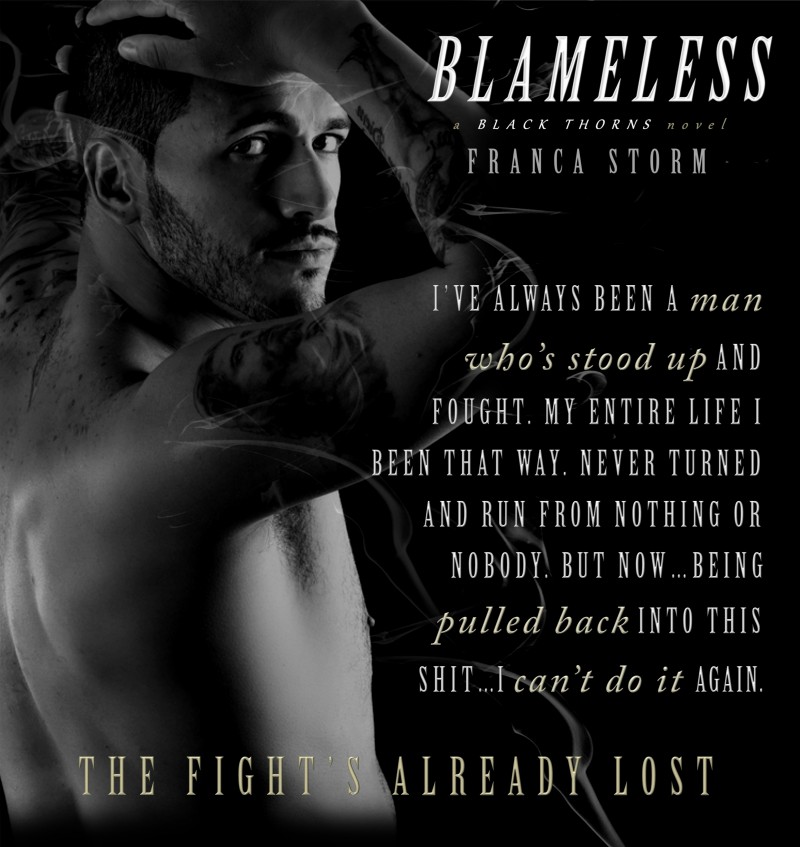 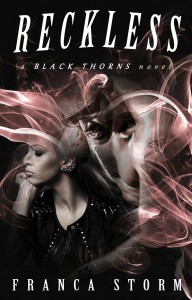 Meet the alpha male bad boys in this first part to Ax and Rox’s story.

Neil “Ax” Barron walked away from the Black Thorns MC two years ago. Now he’s back as Vice President for one reason: to take out the President of ruthless rival club, the Devil’s Mavericks. A sadistic, soulless man who is also his father. Ax has his orders to carry out his mission covertly so Black Thorns isn’t thrust into open war. But when he meets his contact—a ball-busting, smart-mouthed woman—he quickly realizes he’s got his work cut out for him.

Roxana James hates bikers and a relationship is the last thing she wants. Settling down is her worst nightmare. No man will tame her! She’s content on her own and she’s done well for herself. Until a rough, dirty-talking biker turns her world upside down. He challenges everything she’s ever known.

Together they break down one another’s walls. Two opposites really do attract. The fiery connection between them quickly evolves into much more, despite resistance from them both.

But with so many forces aligned against them and Rox determined not to become part of Ax’s club life, is there really a place for their love? Or will the sacrifices needed for them to be together, come at too high a price?

Take a wild ride towards freedom and the right to love for two damaged enemies to lovers. The action never stops in this motorcycle club romance. Ax and Rox’s story concludes in Soulless, but their hot romance thriller won’t be the last in this series. There are many more of these tattooed heroes and alpha male bikers to meet yet. 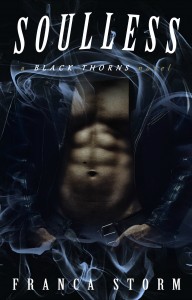 The alpha male bad boys are back in this concluding part to Ax and Rox’s story.

Determined to get his girl back, dirty-talking, no-nonsense biker, Ax, sets a plan in motion. It’s a plan that has him heading down a dark road—one he might not make it back from. Trying to protect the club, he keeps it a secret and goes it alone.

But all bets are off when Dealer finds out and an old enemy comes gunning for Black Thorns.

Roxana’s attempt at a new life comes crashing down when Ax tracks her down and puts her under club protection. Desperate need and desire reignites between them instantly and, before long, they find themselves right back where they started.

But will it be different this time?

Will they manage to overcome everything trying to tear them apart?

Release Day Blitz: Whispers in the Dark by LeTeisha Newton