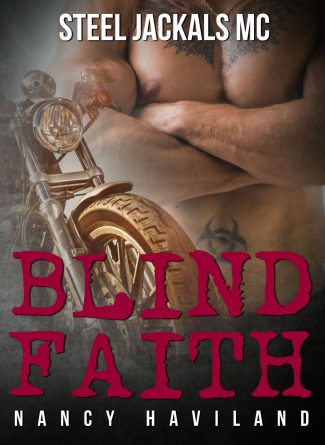 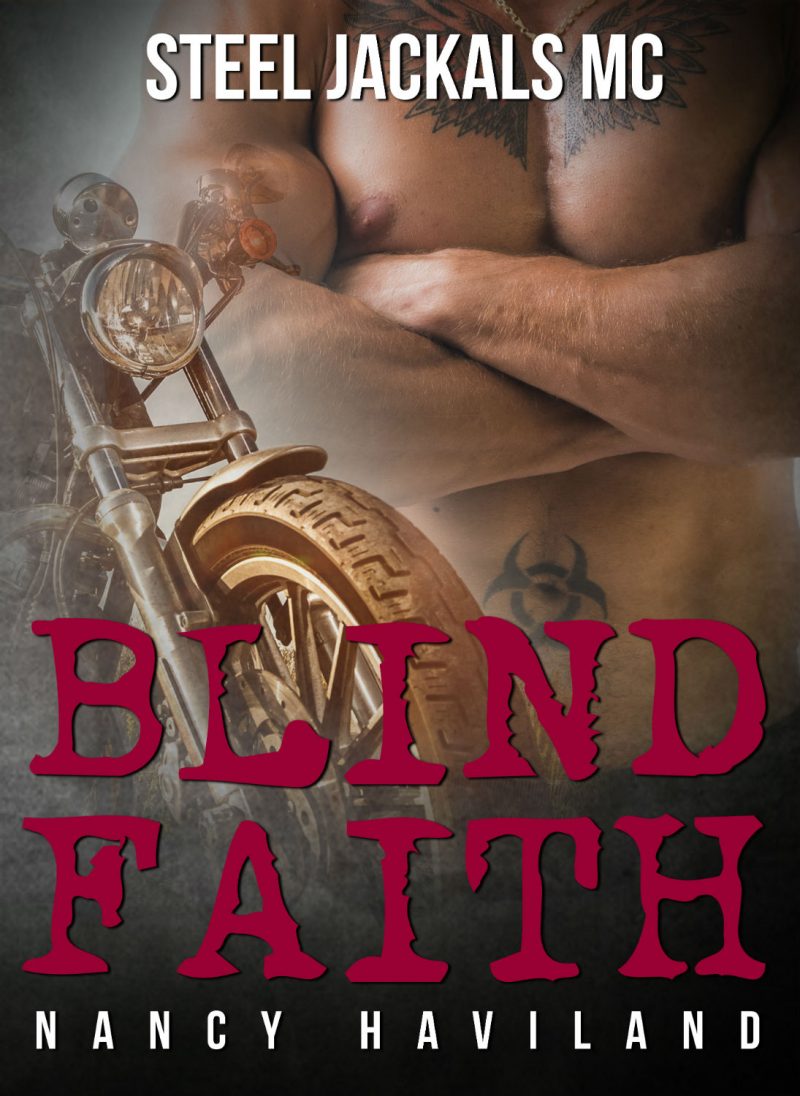 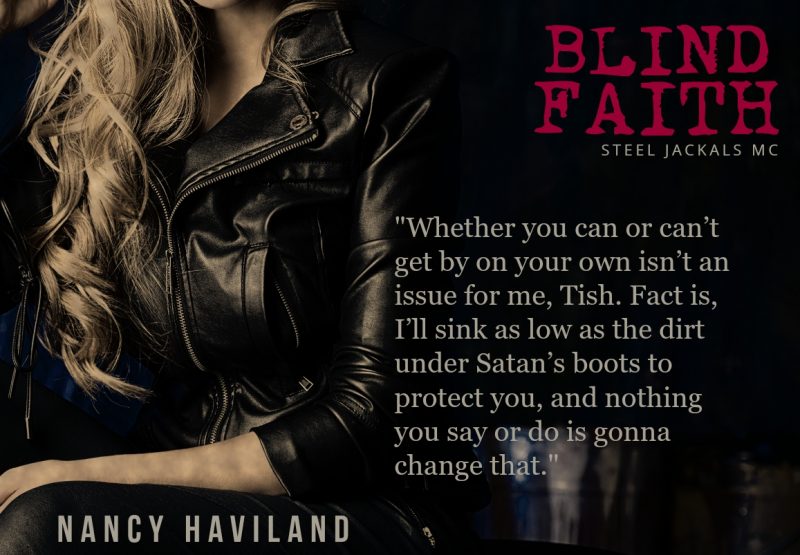 Josh stared at the woman before him. If ever there was any doubt he’d hooked up with someone too young, the look in Tish’s eyes at that moment cured him of it. She hadn’t been hanging out here, shitting her panties over her makeup being broken or her clothes being dirty because a bad man had touched them. She’d been trying to figure out the next logical step; medical care for whoever needed it—she’d thought that might be him and her concern was beautiful—a surface or deep clean to get the house in shape again, a possible insurance claim.

He lifted a finger, and, ignoring his body as it burned as hot for her as his heart, he explained a couple of things. “One. The next time you wanna yell at me, you keep that shit under wraps until we’re alone. You understand?”

She glanced around and only then seemed to notice the volume of voices out in the kitchen had gone real low. She looked properly horrified, so he went on.

“Two. I will not call in a report to you. Not ever. But if you want to send a text next time to make sure your old man isn’t dead, feel free. I’ll happily answer it.”

“Three. I’m sorry. I was totally blowing you off, and I get how insulting that is. Forgive me.”

She went to move toward him, but he held up his spread fingers.

“Four.” He leaned his upper body into her, close enough that the sweetness of vanilla trailed under his nostrils. “I am your big bad man, and I have every fucking right to put you on that shelf. Only, in my head, it’s a pedestal, and I’ll jam you up there and keep every fucking secret in the world from you if I think it will make your life better. Why? Because I want you happy more than I want you informed. You’re gonna have to get used to that because it’s not gonna change no matter how much you bitch and moan about it. Got it? Tish?”

She nodded, her mouth tight.

“And, five, where the fuck did you see a dead body?”

“When we were in Phoenix, my mom once made a buy off a dealer who lived under a bridge. As she sampled the shit, then exchanged drugs for money, I stared at a naked woman lying spread-eagled on a dirty mattress in the corner. Her eyes stared back, and I made a game of waiting to see how long it would be before her chest moved. My mom dragged me away before it could, so I guess the woman won.”

Josh’s soul crumpled and wept as it did every time she casually shared one of her stories. He slid his fingers into her hair and tipped her head back with his thumbs under her jaw. “I’m sorry, Tish-Tosh,” he whispered. “You don’t know how badly I want to give you a new past.”

Her entire face compressed. “I’m angry with you, Josh. You’re not supposed to say stuff like that.”

“Sorry, babe. I’m trying here.” He brought their mouths together and apologized with a slow kiss that turned into something more the second she got her hands under his shirt. The heat from her palms was a tease, but he could have handled that. The scrape of her fingernails as she focused on a spot above his belt buckle, no. She wanted in his pants. And he wanted to give her what she wanted.

A loud bang killed the mood.

Holding Tish to him, he leaned over and threw the door open. Chase stood there with his hand over his eyes, but his fingers were separated. The cacophony going on behind him was once again at full level. He gave them the once over then looked at the clothes littered all over the floor.

“You’ll have to learn to multi-task, Tish. Least you could have done while showing off your brass balls is wash your uncle’s jeans.”

He walked off laughing.

“Fuckin’ idiot,” Josh muttered as he took Tish’s hand and brought it to his cock. Her quiet gasp was the sweetest thing. “Squeeze me.”

She gripped him, and contracted her hand, making it an experience when she did it with little pulses that unknowingly mimicked a coming pussy. Pride showed in her smile when he groaned.

“I’ll give it to you after church. If we can get away with it, we’re spending the day in bed tomorrow.”

She looked excited and skeptical all at once. “In my uncle’s house?”

He nodded and looked at the empty doorway, smirking. “Yeah. And I’m gonna make you scream the fuckin’ place down. Twenty bucks says he and Chase stay away for the duration. We’ll toss our dirty sheets on top of all this shit,” he added, thinking that might be a nice touch.

Tish’s cheeks flamed, and she was still laughing as she pulled him out of the house. She led him around a table loaded down with empanadas, grilled steaks, ribs and burgers, and his favorite; Mesquite-smoked, bacon-wrapped Sonoran dogs. He held their plates while Tish filled them, and didn’t miss how the discreet looks from Beth and Fiona turned into relieved smiles when they saw Tish happy. Because they knew her story, they all wanted her in a good place.

Lucky for him, he was the chosen one who would get her there. 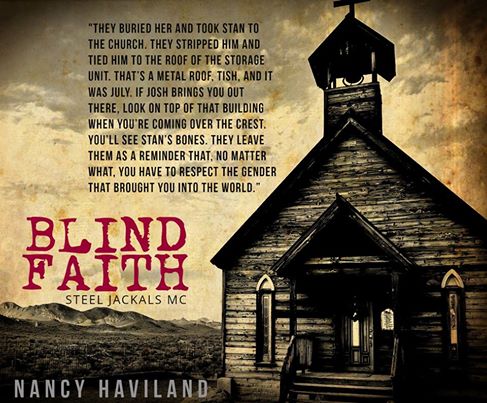 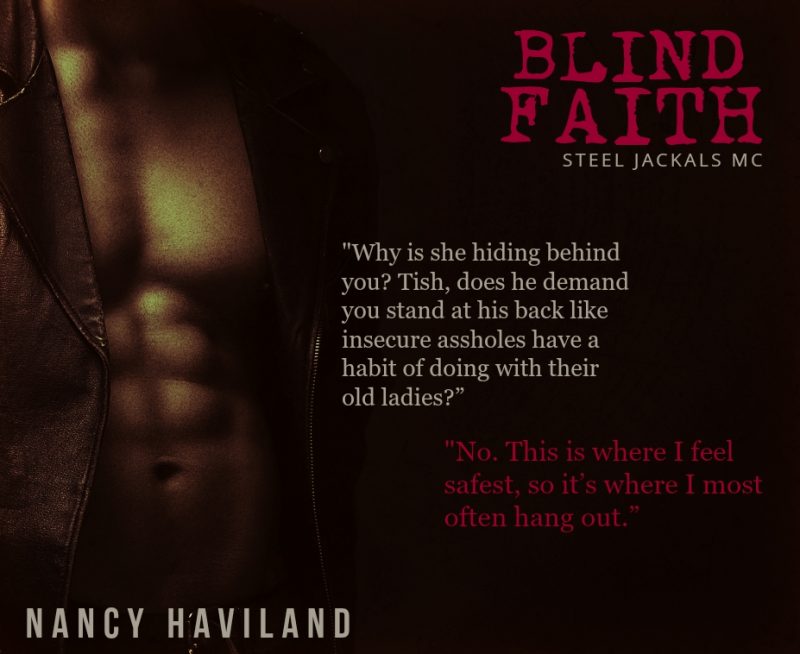 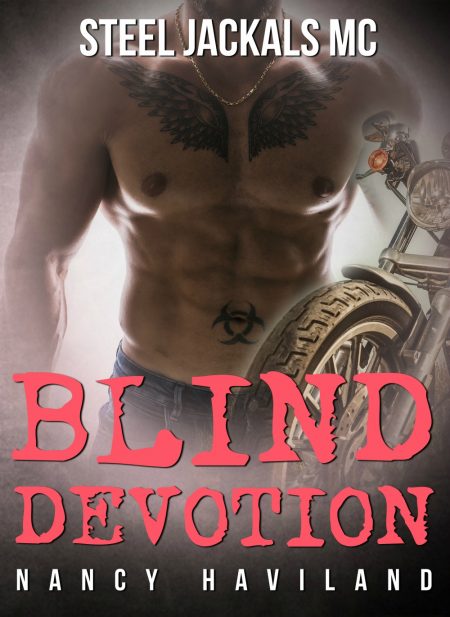 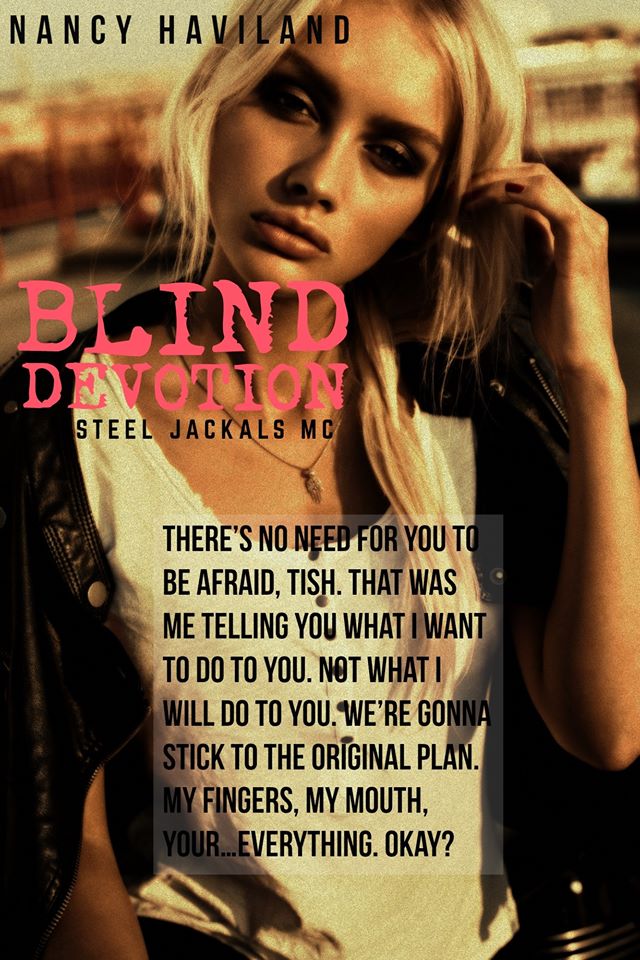