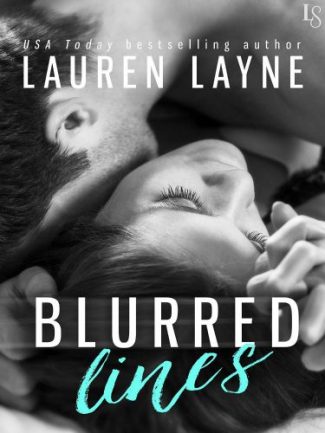 In a novel that’s perfect for fans of Abbi Glines and Jessica Sorensen, USA Today bestselling author Lauren Layne delivers a sexy take on the timeless question: Can a guy and a girl really be “just friends”?

The arrangement works perfectly . . . at first. The sex is mind-blowing, and their friendship remains as solid as ever, without any of the usual messy romantic entanglements. But when Parker’s ex decides he wants her back, Ben is shocked by a fierce stab of possessiveness. And when Ben starts seeing a girl from work, Parker finds herself plagued by unfamiliar jealousy. With their friendship on the rocks for the first time, Parker and Ben face an alarming truth: Maybe they can’t go back. And maybe, deep down, they never want to. 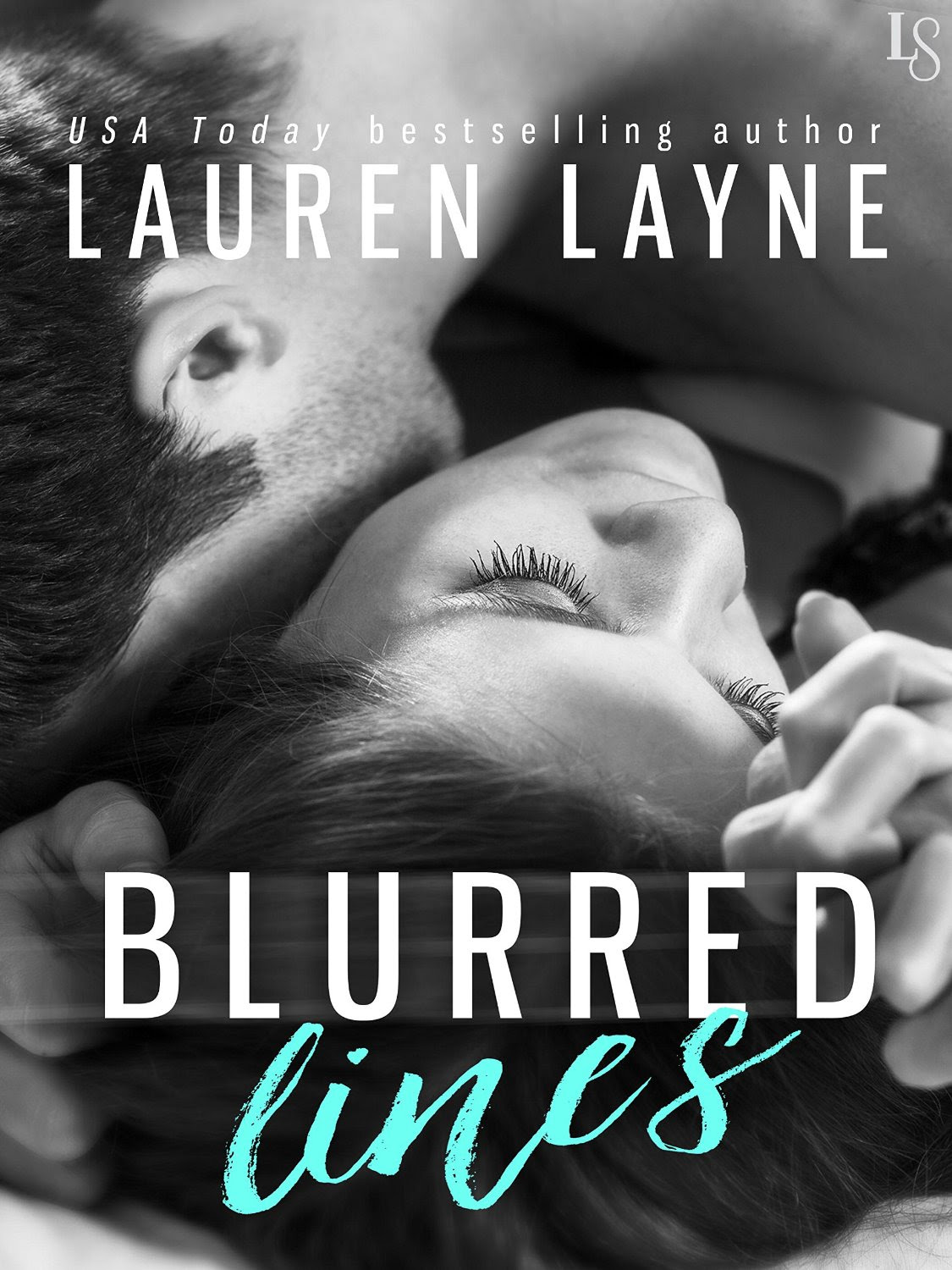 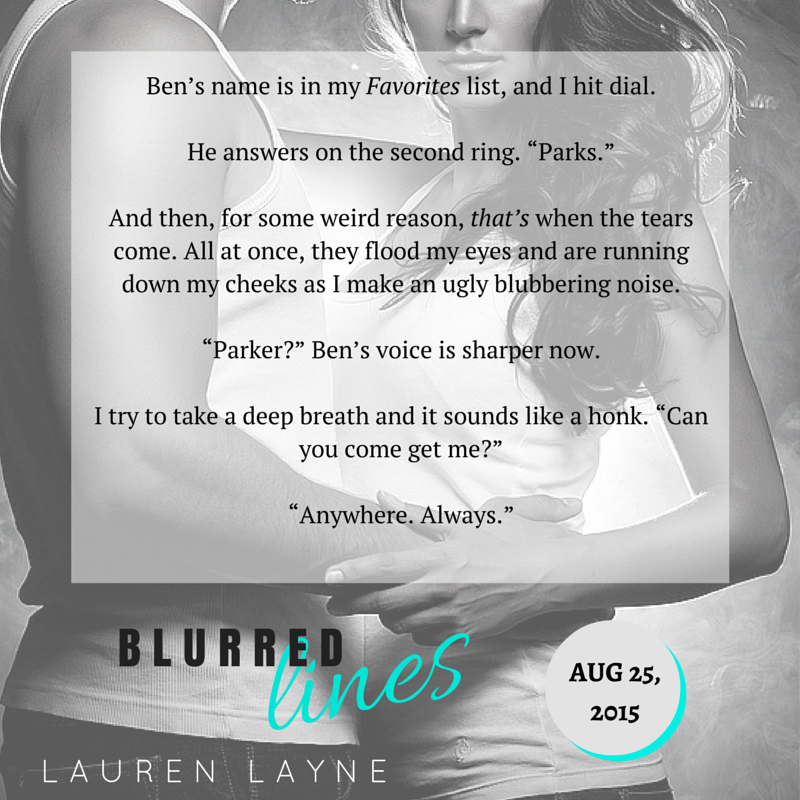 I scoop up the last bite of cereal from my bowl as I stand. “We should probably get going,” I say, still chewing. “IKEA gets crazy on Saturdays, and I don’t want to risk them being out of stock on the extra-large shelves.”

“You have that many dolls?” Liz asks, looking torn between being creeped out and feeling completely sorry for me.

“Fifty-seven and counting,” I say, straight-faced. “And actually, Ben, if you’re going to be a while, I might just run upstairs and brush their hair? I noticed last night Polly was starting to develop a tangle.”

Ben drains his coffee, pushes back from the counter, and shakes his head at me. “You poor, sick weirdo.”

Then he turns to Liz, putting his hands on her skinny waist and pulling her forward with an apologetic smile. “You mind if I take a raincheck on breakfast?”

I barely hide the snort. In Ben’s world, raincheck is a synonym for I’m going to intentionally lose your phone number.

In under a minute, Ben is nudging Liz out onto the front porch, and, impressively, she doesn’t even look pissed. I follow them out, just to be annoying, watching as he whispers something in her ear. Her eyes go wide and sympathetic and she gives me an It’s gonna be okay, little buddy smile. She heads toward the sidewalk with a wave.

“What did you just tell her?” I ask, taking a sip of my coffee as we watch her leave.

“I told her you were an abandoned orphan and that the only thing your birth mother left you with was a doll named Polly. Hence the sad obsession.”

I shake my head. “You know I’m going to have to rewrite the house rules. And No dolls will so be going on there.”

Liz turns back and gives one last wave. Both Ben and I wave back, and I can’t help myself. “Enjoy your walk of shame!” I call after her, my voice sweet as sugar.

Liz’s head snaps back as though trying to determine if she heard me correctly, but Ben puts a hand over my face and shoves me back into the house before closing the front door.

He absently rubs a hand over his abs as he looks me up and down.

“You should change. You can’t wear your ratty booty shorts and that ugly T-shirt to IKEA.”

“First of all, you can absolutely wear your rattiest and ugliest T-shirts to IKEA. That’s pretty much the IKEA dress code. And second, we’re not going to IKEA. Really, are you getting so comfortable with your lies that they become fact in your mind?”

“We are going to IKEA,” he says, running both hands through his short brown hair before heading toward the stairs.

“What’s wrong with your old dresser?”

I wrinkle my nose. “How the hell do you break a dresser?”

He shoots me a look over his shoulder and wiggles his eyebrows.

It takes me only seconds before I put the pieces together. “Airhead?” I hitch a thumb over my shoulder at the departed female. “You banged her against the dresser?”

“Hey, she was unusually tall, which gave me the unusual opportunity and prime angle to—”

I slap my hands over my ears and start singing Billy Joel’s “Piano Man,” my default protective gesture whenever Ben gets a little too colorful with descriptions of his sexual antics.

Another house rule: Parker absolutely does not want to know what happens in Ben’s bedroom.

“Hey, do you and Lance have plans today?” he asks.

“Maybe you should have asked that before you mandated an IKEA trip. But no, he’s got an all-day study group.”

Lance is getting his MBA from the University of Portland.

“Cool. Let’s grab lunch after.” He heads into his bedroom without looking at me.

I narrow my eyes and sprint up the stairs after him, pushing open his door before he can shut it in my face.

Sure enough, his dresser is definitely leaning unhealthily to one side, and I count two, no make that three, condom wrappers.

He pulls a green polo from the tiny closet in the corner and looks around his messy floor until he finds his jeans.

“Lunch?” I lift my brows. And wait for the explanation.

Ben scratches idly at his slightly stubbled chin. Sharing a bathroom with the guy, I know he shaves every morning, but the stubble seems to be perpetual.

“Well, you know that girl I dated a couple weeks ago? Kim?” he asks. “She wanted me to go to her sister’s engagement brunch, and I told her I was busy all day. But she’s just crazy enough to stop by and see if I’m actually out of the house, so I thought we should be elsewhere. . . .”

I hold up a hand. “Fine. I’ll be your alibi. But I get to pick the restaurant, and you’re buying. Oh, and you have to put the toilet seat down every day for an entire week.”

He raises his hand as though wanting to say something in class. “I’d like to add a house rule: Parker isn’t allowed to tell Ben how to pee.”

“You don’t make the house rules. I do. And I didn’t tell you how to pee,” I say exasperatedly as he wrenches open a dresser drawer and pulls out a pair of boxers. “I’m trying to do your future wife a favor by teaching you how not to be a pig.”

He inches by me into the hallway. “Another house rule: Parker shalt not say profanities as future wife to a dedicated bachelor.”

He shuts the door to our shared bathroom in my face, and too late I realize that I’d missed all the classic signs of a skilled Ben Olsen diversion. He’d just wanted to beat me into the bathroom.

“Don’t use all the hot water!” I shout, pounding my palm on the door.

The door opens just enough for me to see one blue eye blinking back at me. “Didn’t you say Polly had a tangle? You better go get on that.”

The door shuts again, and I pound a second time. “Remember, the green towel is mine. The white one is yours.”

I wait for confirmation, but there’s only silence.

“Ben, I know you can hear me! Don’t ‘accidentally’ use mine just because yours smells funny.”

Damn it. He is so planning to use my towel.

So, yeah, my best friend is a guy. Doesn’t mean I have to like it all the time. 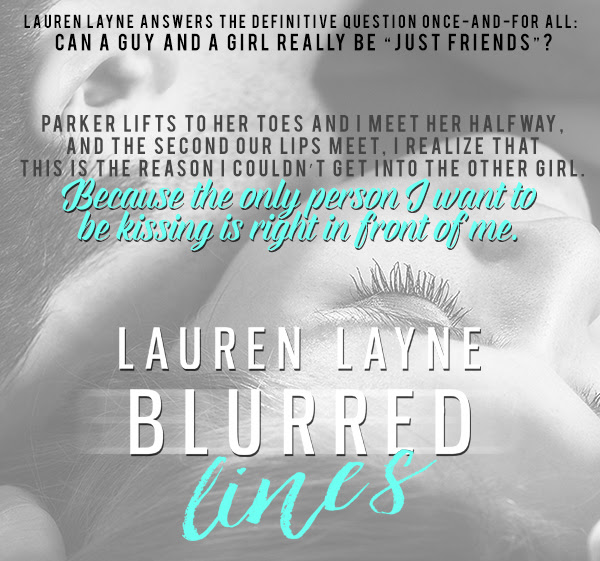 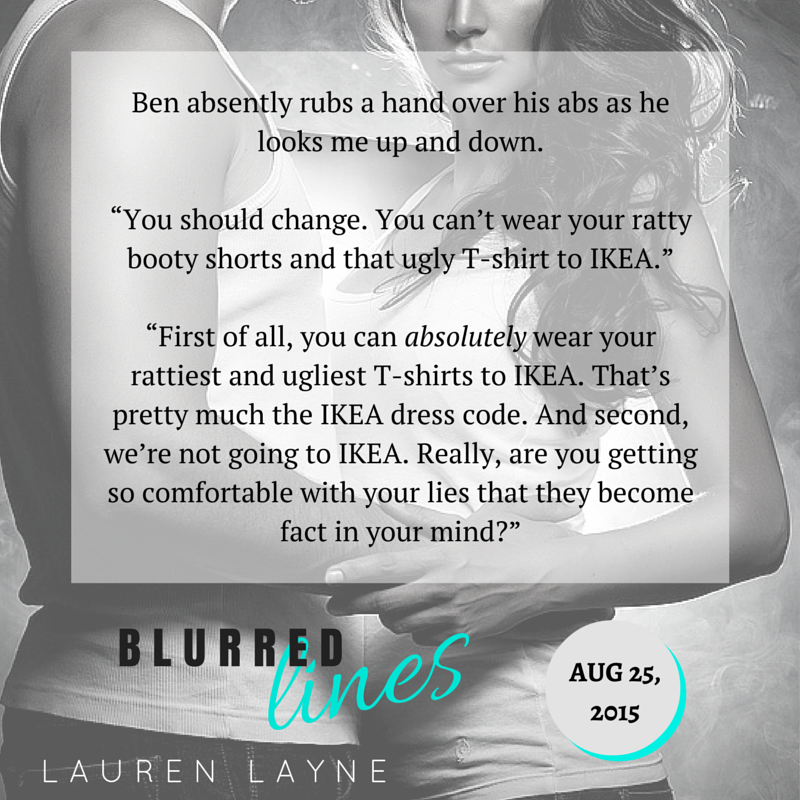