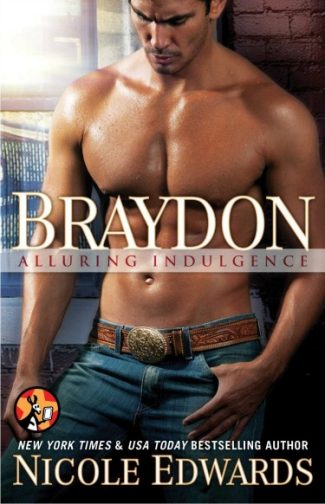 Braydon Walker has always shared everything with his identical twin brother Brendon—hopes, dreams, career choices, and yes, even women. Known for tag-teaming their love interests in every way imaginable, Braydon is surprised and unnerved when he finds himself wanting to keep their newest lover all to himself. Will the twins’ relationship evolve to fit this new mold, or will Braydon’s desire for independence tear them apart? 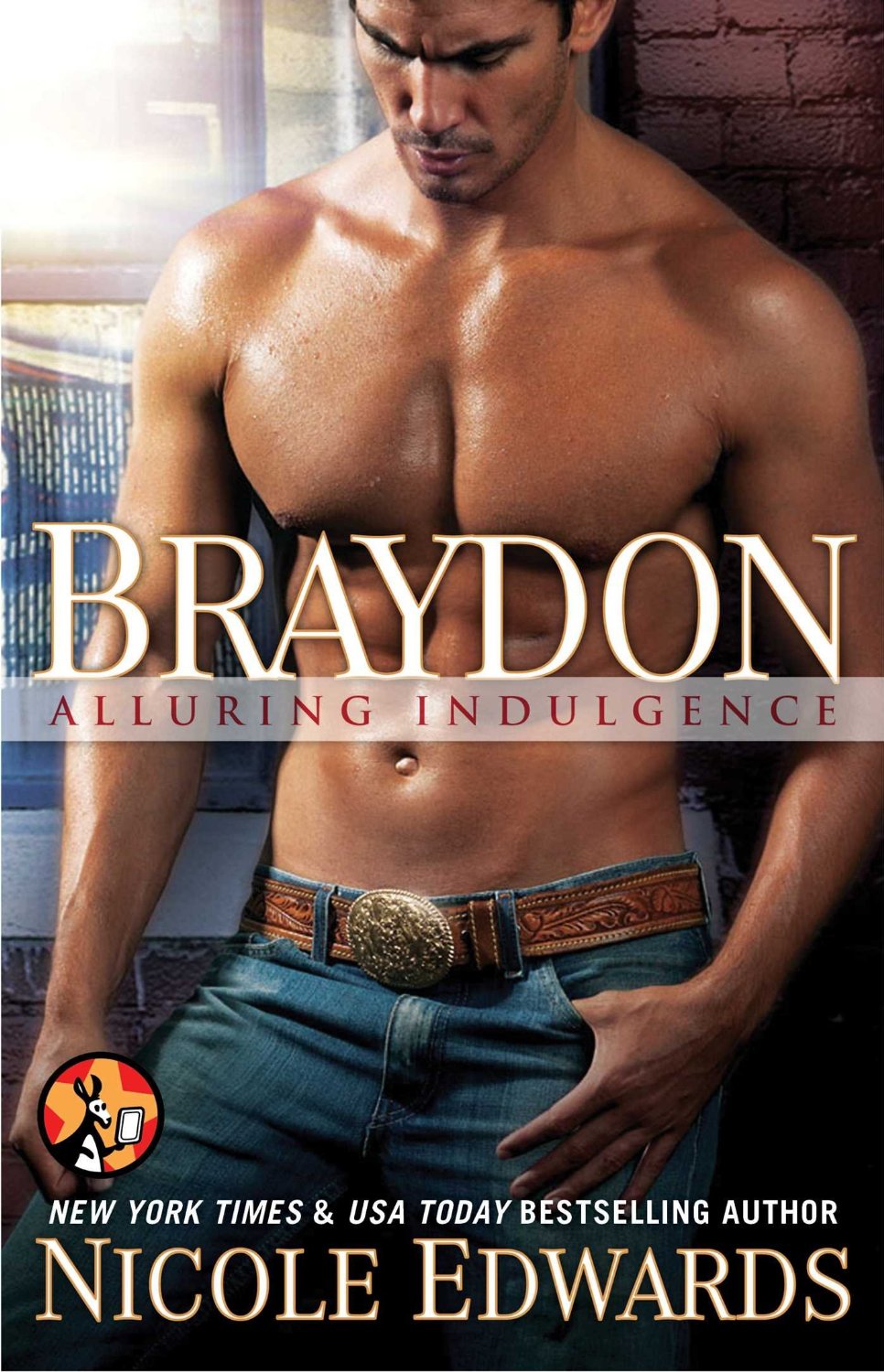 Don’t move,” she told him as she glanced back over her shoulder at him. “And no touching.”

“That’s not an easy task,” he replied as he placed his warm hands on her ass. “I like to play.”

“Me too,” she said, leaning forward and running her tongue along the length of his c*ck, making him shudder. His hands quickly stopped their teasing, but he didn’t release her. His grip was firm, yet he wasn’t hurting her. Jessie continued, easing her toys onto the edge of the sofa so that they wouldn’t get in the way.

For a few minutes, she focused on his c*ck, sucking, stroking, torturing him the same way he’d tortured her. When it seemed as though he was immersed in what she was doing, she pushed on his leg. Braydon hooked it over the back of the couch, the other on the floor. He was spread-eagle and completely exposed, which was perfect for what she intended.

“F*ck, Jess. Keep that up and I’m gonna come in your mouth.”

Jessie purposely slowed her ministrations, not wanting to push him over the edge just yet. She leaned over more, using her mouth to bathe his balls, licking them slowly, gently with soft strokes of her tongue.

Because of the position she was in, he couldn’t stop her, couldn’t pull her head back, which gave her a lot more freedom than he usually allowed her to have.

And it was exactly the position she’d wanted to be in. 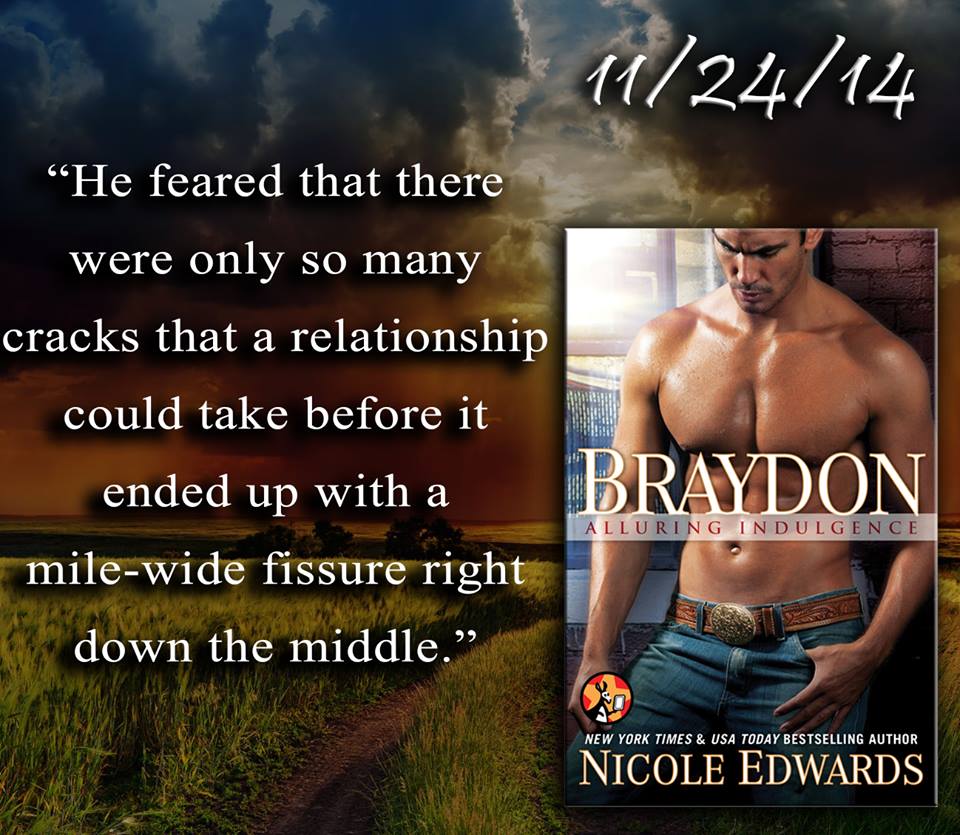 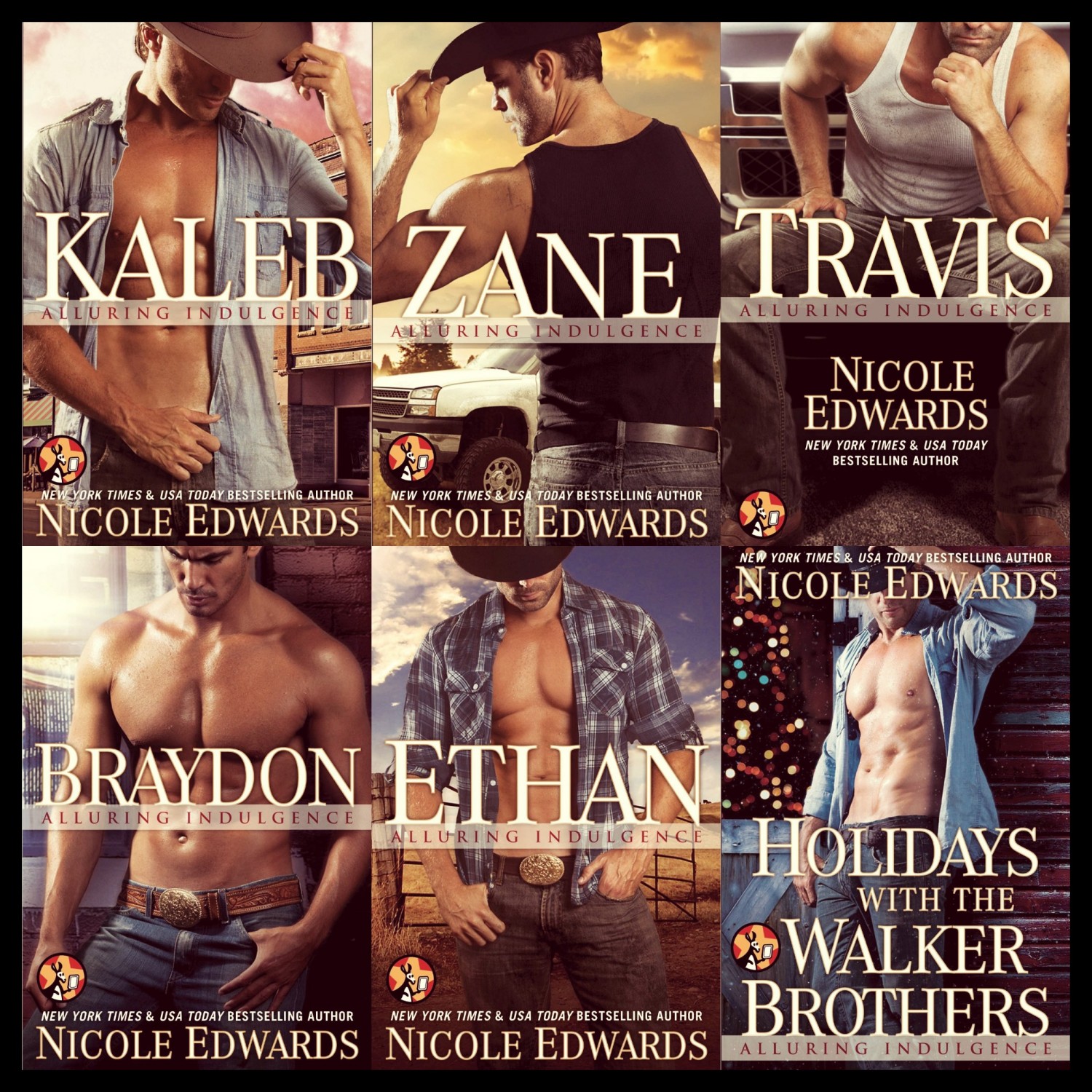 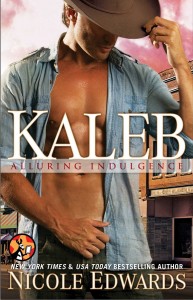 Zoey Stranford might’ve had a crush on the sexy boy next door since middle school, but she’s a woman now, and that crush has turned into a full blown case of lust. So why is it that at twenty nine, her libido decides to ramp into high gear and the only thing she can focus on is the intensely sexy, scorching hot boy next door who is definitely not a boy anymore?

The only problem is that Zoey and Kaleb have been best friends for as long as she can remember. Not to mention, Kaleb and his brothers are working on buying Stranford land to build a new resort, and she’s more than a little hesitant about his intentions.

Kaleb Walker has had his eye on Zoey for close to twenty years, but never before has he considered taking their friendship to the next level, no matter how many fantasies he’s had about her over the years. That doesn’t explain why Kaleb is hell bent on having her – in as many ways as possible.

Kaleb finds himself in a precarious situation. His brothers have nominated him to pursue Zoey’s father about purchasing the land needed to get their new resort off the ground. Finding out that Carl Stranford is on the brink of foreclosure and Zoey might just lose her house and the land, Kaleb now has to convince her to put aside her pride and let him help her.

It doesn’t take long before the flames start burning bright and hot, and the two of them burn up the nights and the days as they explore each other’s forbidden fantasies. But can their friendship survive a business transaction or the new friends with benefits clause? Or will they realize that they’ve been overlooking something much deeper that’s been right in front of them all along? 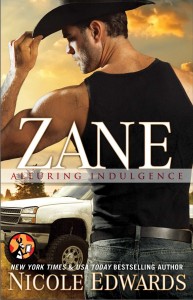 Vanessa Carmichael will never forget that horrible day for as long as she lives. With Zane fully on the mend from the brutal attack he suffered right in her very own yard, she knows she should be grateful, which she is. She also knows that walking away from Zane might be the only way to keep him safe. Despite her denial, V knows she can’t trust her own heart, especially when it comes to the youngest Walker brother, but he’s not the kind of man who will walk away when there is something he wants. He wants her even if it isn’t safe for him, and she’s not sure she is strong enough to walk away.

Zane Walker might have been brutally attacked and after months in the hospital, walked away with his life spared, but now that he’s out of the hospital, he has only one goal in mind. Getting the girl. From the first time he kissed her, Zane knew V was the one for him. He also knew that getting her wasn’t going to be as easy as he hoped. She’s stubborn and the walls she has erected around her heart are nearly impenetrable. However, there’s one thing about Zane – he never gives up. And he’s not about to start now.

Can V learn to open her heart to the one man who is desperate to get past those walls she has erected, or will she walk away to protect him? How long will Zane allow her to deny what he knows is growing between them? Or is the only option to obscure the underlying emotions with spine tingling lust?

When V and Zane come together, smoke detectors go on the fritz, but when they bring Zane’s best friend Beau into the mix, extra fire extinguishers are needed. 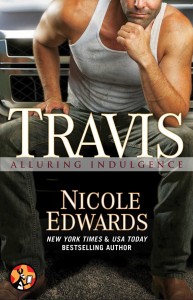 Travis Walker, the oldest of the seven Walker brothers, has been referred to as moody and mysterious, and for the most part, he would agree. Until recently, he spent his days helping his brothers run the family business. Now, he dedicates his time and energy to building a resort, Alluring Indulgence, that caters to fetishes and fantasies. And despite his attempt to work himself into the ground, Travis has never denied—at least not to himself—that something is missing.

Ten years ago, Travis made the hardest decision of his life, breaking his own heart in the process. A decade later, he is learning that life has a strange way of turning things upside down before placing the pieces exactly where they were meant to go. 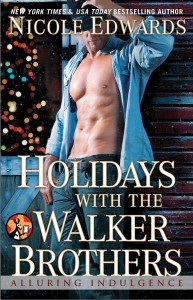 You are personally invited to spend the holidays with the Walker brothers and their families. As with any other time of the year, the seven brothers know how to heat things up while stirring up trouble, and between Thanksgiving and New Year’s, they don’t hold back.

See how Kaleb, Zane, Travis, Sawyer, Brendon, Ethan, and Braydon spend their days and nights through the holiday season. But just a warning… it doesn’t snow much in Coyote Ridge, Texas and they may just be the reason for that. 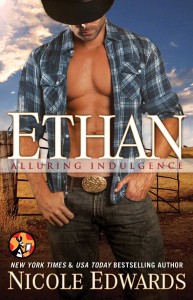 How long did it take you to find your place in the world?

For Ethan Walker, going through the motions of life, keeping his distance and never getting attached has become the mantra he lives by. Success is measured by how many hours he can work and how little attention he can draw. That was until he landed on Beau Bennett’s radar. Until Beau, Ethan had never met a man who could get him to question his own logic and even consider taking a different path.

Beau Bennett knows exactly who he is – now. It might’ve taken him some time to figure it out, but now that he has his bearings, Beau has set his sights on the mysteriously sexy Ethan Walker. Pursuing someone has never been his style, but something is telling him to keep at it because the end result is going to be worth it.

Now that they’ve found one another, how long will it take Ethan and Beau to accept that their place in the world is… Together?