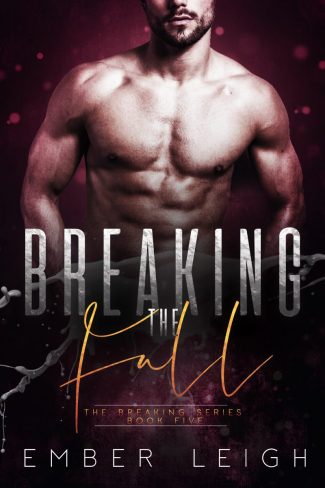 In the live music industry, Eddie Valenzuela’s seen enough bands to know what good really sounds like. During one wild night out, he collides headfirst with an up-and-coming singer who puts ‘good’ to shame. She’s got the voice, the look, and holy hell, the body too. But after a sizzling week together, the singer who seemed like Mrs. Right turns out to be Mrs. Not Quite Right when she disappears without so much as an Instagram handle.

Fiona Frank’s only goal in life was to make it big doing what she loved: playing music. And her hard work paid off, in the form a big-time record deal that has her doing TV shows, radio spots, and even her first international tour. Her career is built on spurning love and staying single, though she’s never been opposed to the occasional lover. As long as they don’t last. And she’ll do whatever it takes to make sure that the world falls in love with The Sin Girl.

But she wasn’t ready for the positive pregnancy test on her first international tour. There’s only one man that could be the father: Eddie. While Fiona grapples with the next steps, Eddie is determined to make a family out of the three of them. But if the label finds out that she’s not only pregnant but seeing someone, then its goodbye stardom.

Which means she has to figure out how to break her fall. 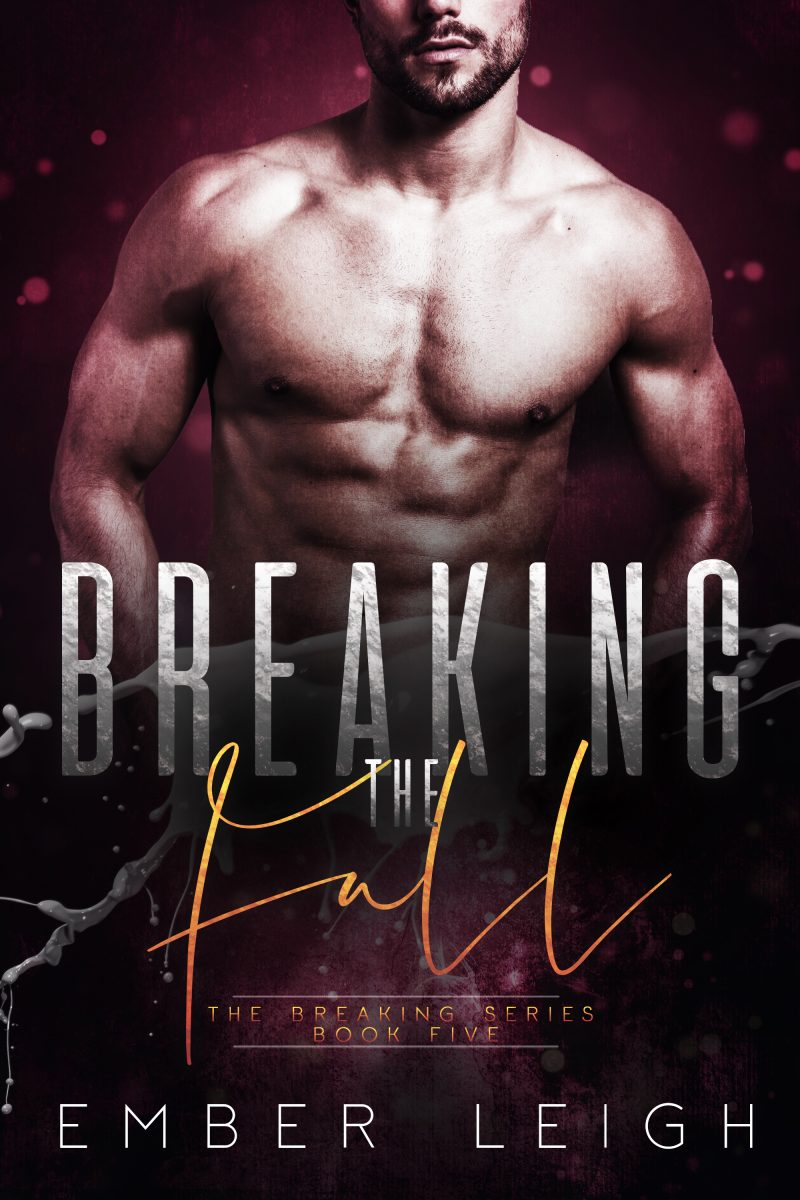 Fiona shrank when she spotted him, offering a small smile that said a thousand different things at once. He went up to her, pausing a few feet away.

She was gorgeous, of course. Because she was gorgeous always, even if she’d lied to him, left him in the dust, and hadn’t spared him a thought until recently for some unknown, urgent reason. And with the nervousness dancing in her gaze, he wasn’t sure this was purely an apology mission. Probably she was here to deliver some bad news. Sorry, I forgot to tell you my Russian mafia boyfriend found out about you, and now you need a new identity. Or maybe, Sorry, turns out I had something highly contagious and foreign when we hooked up, and now we’re both going to die.

Nobody said anything for a moment. She opened her mouth, but nothing came out.

“Come on.” He jerked his head toward the bar, and she followed, tugging at the bangles around her wrist. When they got to the wooden bar top, he pressed his palms to the surface, searching out a bartender. “I’m in a business meeting. What do you want?”

His clipped tone surprised even him. Fiona sighed. Even in distress or exasperation or confusion, or whatever this was, she still sounded throaty and sexy as hell.

“I… wanted to talk to you.” She fiddled with her bracelets a moment longer before white-knuckling the edge of the bar.

“After all this time?” He couldn’t keep the snide tone out of his voice. “It’s been three months. What could we possibly have to talk about?”

“I guess that’s why they make phones.” He sniffed, tapping his knuckles against the bar.

“Things happened,” she said, picking at a cuticle.

“Like… my first international tour, ever!” She huffed, dropping her arms. “That’s not exactly the time to start anything.”

She had a point. Didn’t mean she was right to just disappear like that.

“Nobody said anything about starting anything.” But lord, had he wanted to. “More about common courtesy, you know.”

To her credit, she looked regretful. There was that, at least. But he was tired of talking about it. Even though he’d wished for this, he was already sick of the opportunity to hear her out.

A tense silence settled between them, and Fiona was licking her lips now. He caught the bartender’s attention, turning to her once he arrived.

“You getting a drink?”

She shook her head. “I can’t stay long.”

More silence. He ran a thumb up and down his jawline.

He glanced at her sharply. The frustration had officially boiled over. “Cut the childish shit and just say it. What do you need from me?”

Something dull slid over her, like a mask maybe, or perhaps a shield. “I’m pregnant.”

The words hammered through him, knitting his brows together with their dissonance and urgency. Fiona shifted on her seat, and he caught a gut-punching waft of her scent. Amber and patchouli.

Why would she be telling him this?

“It’s yours,” she suddenly added, as though in response to his thought. He drew a low breath, the words still not quite sinking in.

He nodded, unable to look away from the glacial tip of the ice cube in his drink. The way it caught the light when he twisted the glass. The calm it promised, if only he drank it.

But suddenly, he wasn’t feeling the old-fashioned.

He turned to Fiona. Her brows were drawn together, her face tense. As if waiting for some sort of inevitable backlash.

“Yes.” She deflated suddenly, her head dropping to her palms. “Trust me, I wouldn’t disrupt your life if I wasn’t serious.”

Silence thudded between them again, so vast and engulfing that for a moment he got lost in the abyss. So many questions—he had a list of at least ten right now—questions that he didn’t have to think about before asking. What would they name the baby? Did she want a girl or a boy? What about when schooltime arrived—was she hellbent on public or something else?

He swirled his drink around, the ice cubes clinking bringing him back to the present. Finally he dared to meet Fiona’s gaze. There was something real and raw there, the same intensity that had prompted their three-day bender.

The same intensity that could reel him in again like a fish.

And now that she was carrying his baby?

Hook, line and sinker, for the second time. 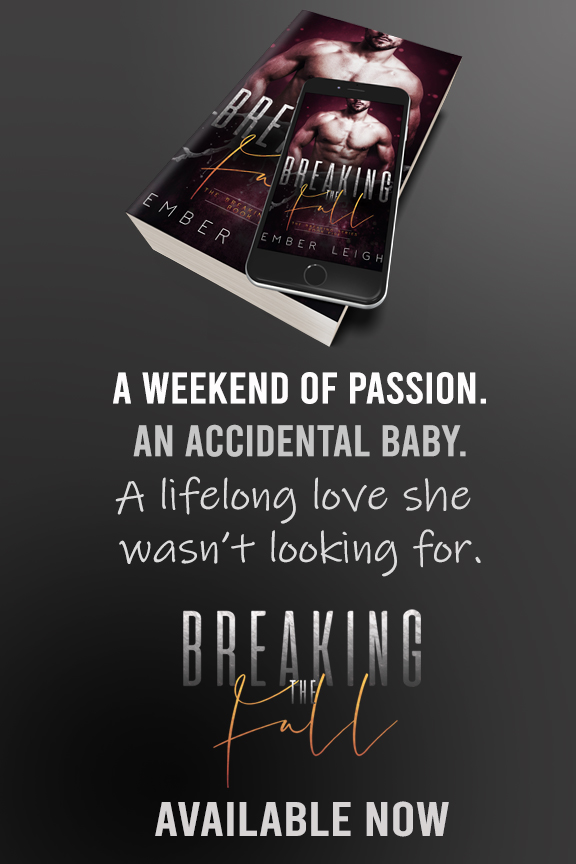 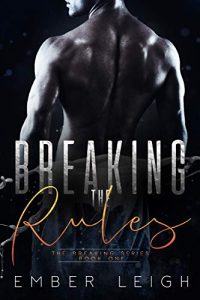 Changing the Game (Breaking the Rules #2) 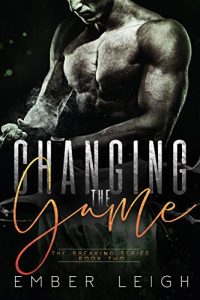 My Little Secret (Breaking the Rules #2.5) 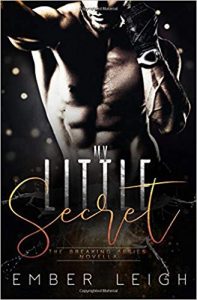 Breaking The Sinner (Breaking the Rules #3) 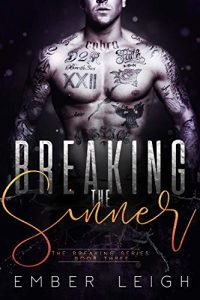 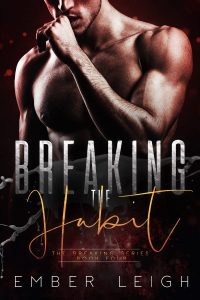