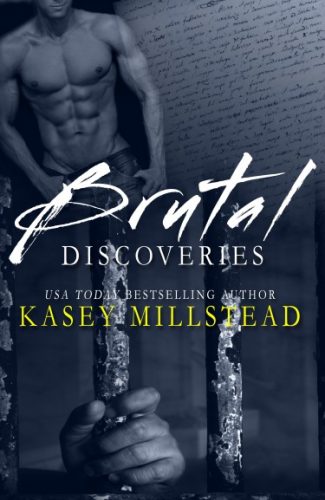 South Glenn Maximum Security prison wasn’t for the faint at heart. The inmates weren’t there because they stole some cookies from the cookie jar.

They were serial murderers.

The worst of the worst.

It was at South Glenn that ‘Sweet Treats’ bakery owner, Scarlett Everett met two men who would change her life. Damon Salt was a man serving life without parole that she was paired with for a volunteer program called Friends for Lifers.

Prison guard Aden West was tall and tanned with indigo eyes and a strong jaw smattered with dark hair. Just a hint of what promised to be a sleeve of tattoos peeked out from the cuff of his button-down shirt, which combined with his buzz cut, gave him a bad boy edge Scarlett didn’t know she was attracted to until she stood there trying the catch the breath he took away. 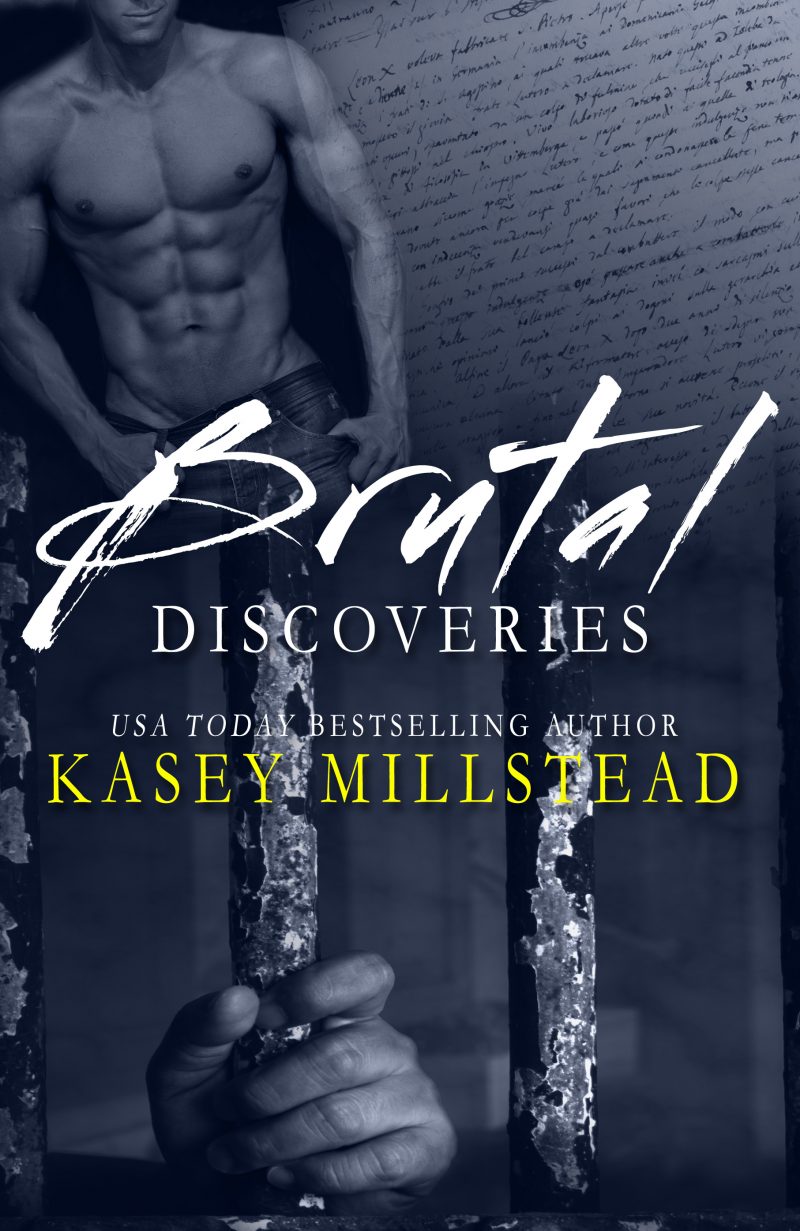 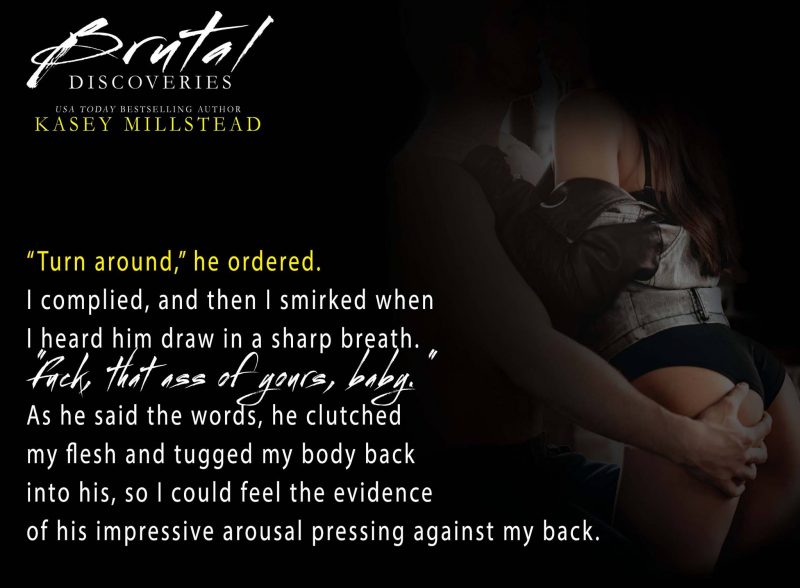 I took a deep breath and walked into the reasonably sized office.  I heard Jane close the door behind me, and for the first time, I looked across the room to the desk in front of the window, to find Aden fucking West sitting there looking contemplative and relaxed.

“No, thank you, I’d rather stand,” I snipped as my hands went to my hips and I glared at him.

His lips twitched and my eyes dropped to glare those too, before I quickly looked back up to his now-twinkling blue depths.

“Is this about the cookies?” I questioned, throwing attitude.

“No, although I’m wondering why you gave them all to Salt, and didn’t save any for me,” he commented casually. Bastard.

“You can come into my bakery and buy your own damn cookies,” I muttered.

He stood and rounded his desk.  Before I had time to process that, he was prowling toward me.  I took one step back, quickly followed by two more, then my back hit the wall behind me just as Aden caged me in, his palms flat against the wall beside my head, his nose just inches from my own as he leaned down to look me in the eyes.  The scent of his cologne invaded my senses and my mind swam for a second before I pulled myself together.

“You wouldn’t give me a chance to explain, so now I’m taking that chance,” he informed me.  My hands went to his stomach and I took a second to admire how rock hard his was.  Like a freaking brick wall of flesh!

Then I shoved him while growling, “Get back.”  Of course he didn’t move an inch from my shove, and he just leaned in closer.

“Get back,” I repeated on a snap, combined with another shove.

“Listen to me, dammit,” he clipped.  He moved his hips imperceptibly closer, close enough for me to feel the heat from his powerful body, but not so close I could actually feel him.

“What do you want?” I whispered.

“A chance to explain,” he murmured back, using that soft sweet voice that has the ability to make my knees wobble.

“Step back,” I warned as I gave him another shove.  God, why wouldn’t he budge?  “And I’ll let you explain.”

He took his hand from the wall beside my head and curled his index finger before tracing it down my jawline until he reached my chin.  Then he used his thumb to touch my bottom lip softly.

“Okay, sweetheart,” he murmured as he took a step back.  I’ll admit, I wanted to swoon when he called me sweetheart, but I held it together and marched right past him to the edge of his desk.  I sat myself down in the chair and glared as I waited for him to take his seat and explain whatever he wanted to explain.  He didn’t sit in his desk chair, though, he came right up beside me and rested his ass on the edge of his desk.  His leg was touching mine, so I jolted out of the way, putting some much needed distance between us.  I leaned back, right back so I could aim my glare at him.  His lips twitched and his eyes twinkled, and it made me glare harder.

“Why did you run off when I asked about Salt?” he asked.

“I thought you were explaining.  Shouldn’t you be doing that rather than asking questions?” I snapped.  He sighed and ran his hands over his face in frustration.  Then he pinned me with those deep blue depths of his before he laid it out in his gravelly, addictive voice.

“Obviously, I work here.  Clocked you on your first visit, babe, watched you on the monitors, wondering what a hot piece like you would be doing visiting a joint like this.”

Okay, that was really sweet.  His hot piece compliment warmed my stomach, but rather than latch onto that, I decided to narrow my eyes at him.  Before I could snap at him for being so judgmental, he continued.

“I saw you visiting with Salt, couldn’t believe that shit.  Figured you must’ve been related to him.  Imagine my surprise when a few days later, I walk into a bakery and see you serving the best fucking coffee in the city, and the best fucking treats in the state, dressed in the sexiest fucking outfit I’ve ever laid eyes on.”

Oh dear.  My uterus contracted and I’m almost certain I may have had a mini orgasm.

“My uniform isn’t sexy,” I protested.

“Babe,” he sighed.  “Your hair, your smile, those tits, that ass… makes a man think of nothing more than lifting that apron up over your hips, laying you out on that counter, and feasting on the promise of what’s sure to be the sweetest tasting pussy in the world.”

Okay, that was definitely a mini orgasm.  I clenched my legs together, hoping he wouldn’t notice, but of course he did, and he smirked a cocky, arrogant smirk that made me want to kiss it right off his lips.

I was totally in trouble.

“I still don’t understand why you’d ask me to dinner and then start grilling me on if I was related on Damon.”

“You took it the wrong way, didn’t give me a chance to explain, and then bolted like you had a firecracker up your ass.  You also left money to pay for your meal,” he growled the last part while scowling at me.

“So,” he mimics.  “A man asks you to dinner, he pays.  You do not.”  He pulled out a bunch of crumpled bills from his pocket and tossed them in my lap.  My mouth fell open in surprise.  “I asked about Salt because I was trying to figure out why someone like you would be hauling your ass to a maximum security prison twice a month to visit with a convicted serial killer and rapist.”

“Don’t be so judgmental,” I snapped.  “He’s a human being, and he’s paying for his crimes.  For your information, Hashtag Asshole, I’m volunteering for a program called Friends For Lifers,” I huffed.  It was then I noticed the change in his face.  Gone was the irritability, the frustration, the anger.  The lip twitch came back.  His eyes crinkled at the corners and I watched in fascination as they melted right in front of me.  It was then I realized my mistake.

“Hashtag Asshole?” The lip twitch morphed to a smirk.

“Hashtag Asshole?” he repeated, as his smirk moved into a full blown grin that only made him look even more gorgeous.

“Well, it was Hashtag Hottie until you became Hashtag Asshole after Sherman’s,” I snipped.

It was then he burst out laughing and I watched in awe as his beautiful body shook on the desk and his loud chuckle filled the room.  Beautiful.

“What will I have to do to become Hashtag Hottie again?” he asked through a grin.

“That’s an impossible feat.  I’d advise against it.  You’ll only set yourself up for failure.”

“God, even when you’re being a pain in the ass, you’re sexy as fuck.”

“Babe.” He was still grinning, looking at me like I was the most amusing person in the world.

“Are we done?” I stood abruptly.

“Not even close, sweetheart.” 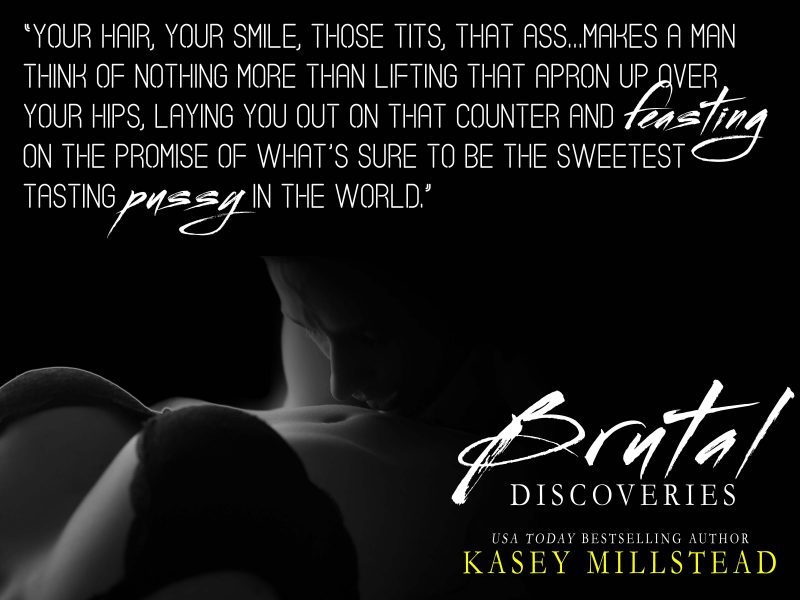 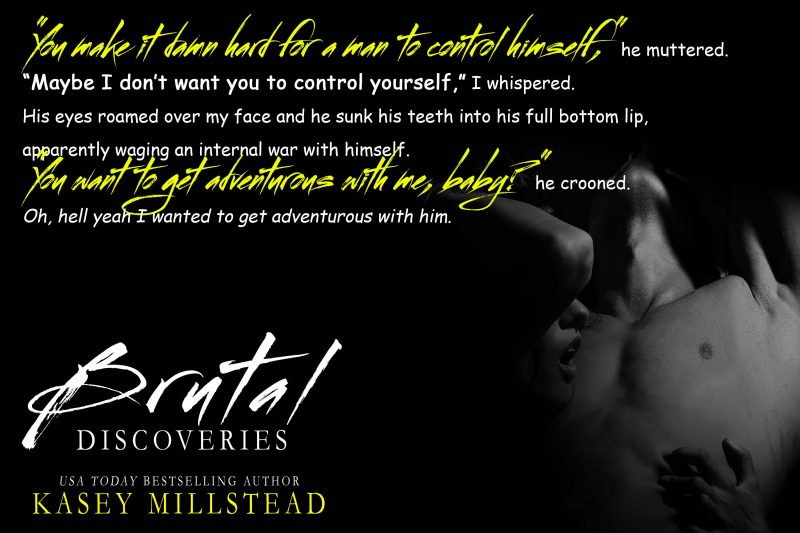