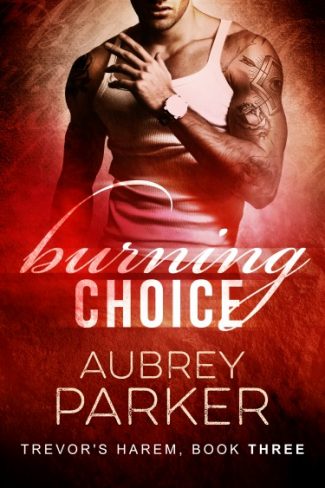 I’ve been in this billionaire’s game for a month — but something changed when half my competition was eliminated.

I shouldn’t have made it past the first round. I don’t know how I did; I’m not special like the others. When I ask Daniel, he just tells me it’s complicated. Then he talks about brain chemistry, how love and sex are an addiction. He tells me how wild animals claim mates, and how he’s claimed me.

The stakes are higher.

The competition is fiercer.

I should have been kicked out long ago, but Daniel tells me I might be the needle in the haystack the company has been looking for.

Sometimes I’m afraid of them all, even of Daniel.

But It’s like I’m on a tether. I couldn’t leave if I wanted to. 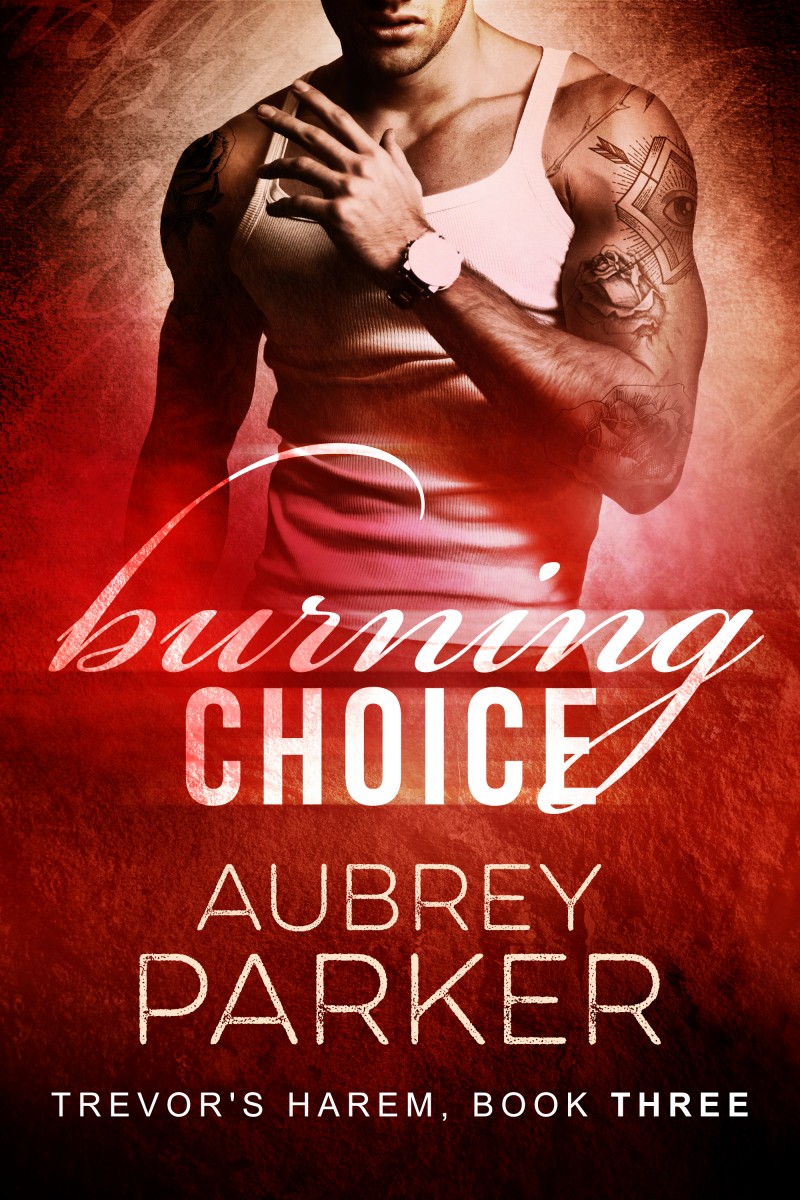 “I don’t have a desire to obey.” I almost laugh, but I’m stopped by the memory of Daniel commanding me to kneel in the dusty room, to take off my fucking dress and blow him until he came down my throat.

“What if I told you to touch Kat right now?”

I reach over. I touch Kat briefly on the arm.

I’m tired of whatever this is. “Go fuck yourself,” I say.

Her fingers move higher. I’m glaring at Daniel, but I don’t move. Kat’s fingers trace the contour of my right breast through the fabric. My nipple is already erect. I don’t want this. Except that I also sort of do, and my quickening heartbeat broadcasts the uncomfortable truth.

“How does it feel?” Daniel asks.

Kat leans in, and I’d swear she’s going to kiss my neck. Instead, she whispers, “He knows that I know.”

And very close, her petite elfin mouth says, “About you. About you and Daniel.”

“There’s a lot we knew about human nature before this contest began,” Daniel says, watching Kat, eyes hard as he watches her fingers tracing my nipple. “Jealousy for instance. Jealousy makes people insane. Literally insane. You’ll do things you’d never do when you’re jealous. You’ll smash things you love in a rage. You’ll burn a house. You’ll kill for jealousy, when it strikes you.”

Kat looks at Daniel. Smiles. And then without a word, she slips her fingers under the front edge of my strapless dress and pulls it down, baring my breasts.

And I notice that, as Daniel’s legs part slightly, he’s entirely hard.

“Jealousy sparks adrenaline. Your heart races. Your pupils dilate. Your lungs expand to take in more oxygen, for fight or flight. Blood redistributes to the muscles, and your metabolism changes to maximize blood glucose to the brain.”

Kat looks into my eyes for approval then lowers her tiny mouth to my nipple. My eyes close, and I involuntarily exhale.

“But if you catch it before rage sets in,” Daniel goes on, his voice now slightly thick, “jealousy is actually the same physiological response as sexual arousal.”

Kat comes up to my lips. Gives me a small, soft kiss while her hand cups my breast. I feel something pass between us — something slight, like a warm draft of emotion. And when she moves away, I can see how much this is bothering Daniel. How much he hates Kat touching me at the same time that he likes it.

“Jealousy,” he says, a growl entering his voice, “is a turn-on.”

And Kat pulls away, settling back, taking herself out of the equation. I feel a bit disoriented. She was coming on to me a little, and now she’s withdrawn: back to just being Kat, just a woman I know. But now there’s something brewing between me and Daniel that wasn’t there before.

I don’t understand what Kat’s just done or why she did it. Because even if she knows about us — even if, somehow, she’s willing to stand by and help us be together, if that’s what this is — it’s ridiculous and futile. The house is crawling with cameras. It took sixty seconds for me to move from anger to full-flush arousal, from fury to wanting to leap on Daniel, steal his control, and fuck him until he’s spent. But what good is any of this? We’re locked in. I can’t even run to my room. I’d have to masturbate right here, in front of them both, and that’s not something I’m willing to do.

Unless I have to. Because holy shit, there’s a bomb inside me. All it took was one forbidden kiss — and, somehow, Daniel’s angry reaction to the very thing he provoked.

My breath is coming fast. All I want is something inside me.

I do, and see that Daniel has arranged us on the big circle in the room’s middle.

In the blind spot, where the cameras can’t see. 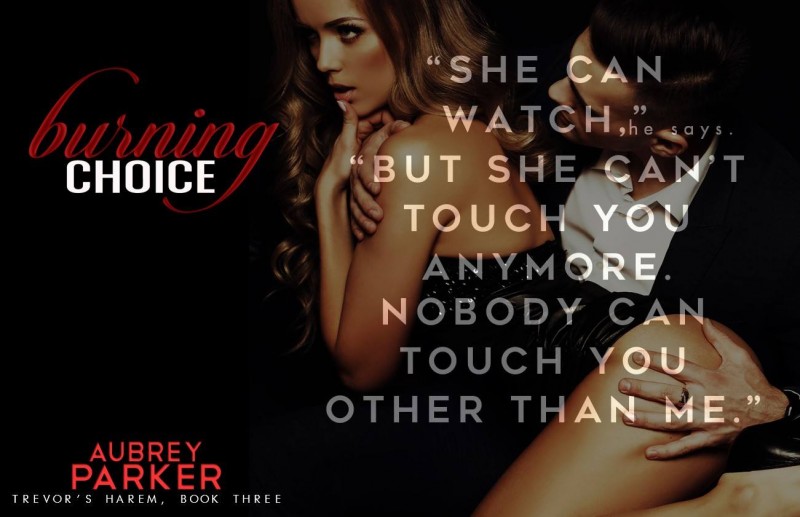 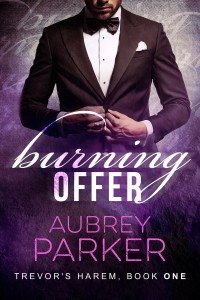 The anonymous invitation that someone slipped under my door promises $1,000. Just for meeting a man downtown, in a public place, no questions asked.

​I can make more than I ever imagined if I agree to take part in a competition.

Just get into the limousine. Just get on the private plane. Just fly to an airstrip at the foot of the largest, most luxurious estate I’ve ever seen. Just stay the first night, then another. Tell no one where I’ve gone, or why.

Everything in me screams to run away.

The rules say I can leave whenever I want.

So why am I still here? 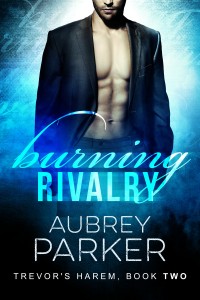 I shouldn’t be in this mansion, in this twisted contest, with these strange men and women.

​The things they’re willing to do as they play Trevor’s game are beyond belief.

The plotting and backstabbing is too much to take.

I only have one ally. One reason for staying. But as much as I’m drawn to Trevor’s right-hand man Daniel, he keeps pushing me away. We’re red-hot one second … but I’d swear he hates me the next.

I’m better than this place. The hedonism should repel me, and the fact that I’ll only play with the one man I’m not allowed to have should have gotten me thrown out long ago.

But I’m still here, and so is Daniel … 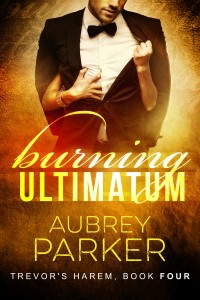 With Trevor’s contest at its end, it’d be easy to say we’re three against one. And yet I’ve never felt so alone.

My heart is torn, twisted, ripped. I’m alternately hot and cold. I dream vivid dreams, no longer sure if they’re fantasy or reality.

There’s a new player in the game. He’s tall, broad, beautiful, and intimidating. Everyone is afraid of him, even the company. I’m told he has a secret, and that I’m its subject. And someone else has a secret, too — from our mystery man, and god help us if he learns it.

Everyone is loyal to something or someone in this place — though it’s seldom what it seems.

I don’t know who’s with me and who’s against me — if I’ll go home with my new protector … or be kept here forever.

I couldn’t possibly be what Eros has combed the world for … can I?

I love to write stories with characters that feel real enough to friend on Facebook, or slap across the face. I write to make you feel, think, and burn with the thrill that can only come from getting lost in the pages. I love to write unforgettable characters who wrestle with life’s largest problems. My books may always end with a Happily Ever After, but there will always be drama on the way there. 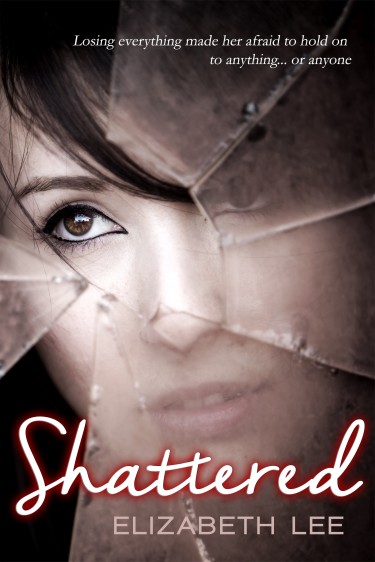