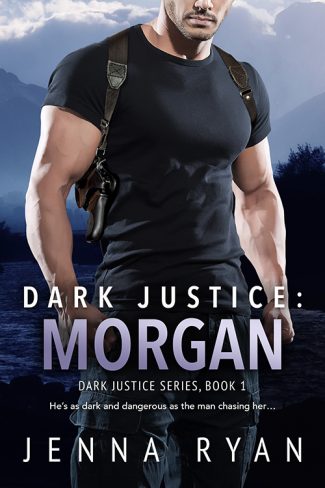 After attempting to help the FBI expose a ruthless weapons and drug dealer, Owen Fixx, Amber Kelly enters the Witness Protection Program. Unfortunately, her sister, who was once married to said drug dealer, is forced to join her—key word, forced. When Rachel grows tired of their new life and runs off with a local man, a nightmare ensues for Amber.

The only person who can help her is Gage Morgan, an edgy former police officer. The mysterious and compelling Gage must convince Amber that he is not only on her side, but he is also her best bet to stay alive.

Amber wants her sister back. What she doesn’t want is to be attracted to her sexy new protector. But in the haunted Smoky Mountains of Tennessee, desire trumps logic. And it leaves a smoldering trail for Fixx’s gunmen to follow. 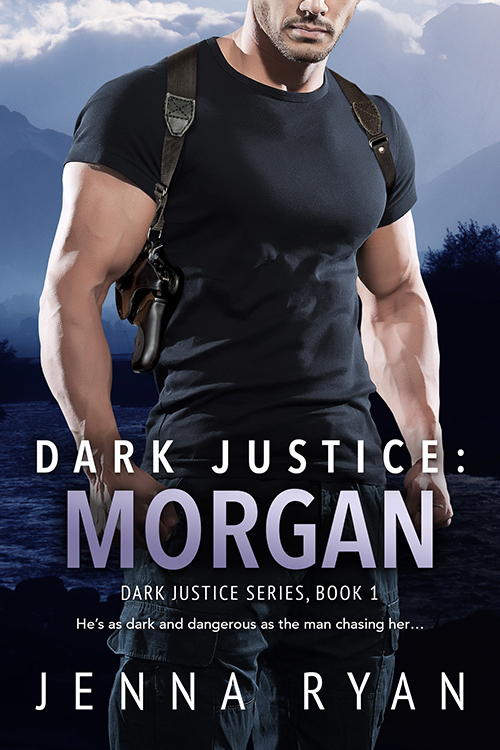 She shivered, hopefully from the cold. “Can we get into Bear’s truck, start it, and get warm?”

For an answer, Gage opened the door and, circling her waist with his hands, helped her up and in. The engine did indeed sound like a locomotive—a very old, very rough one that backfired from time to time.

“None of this is your fault. You know that, right?”

She pulled off Bear’s slicker and shook her hair loose. “I could have said no when I was approached. It’s a sentence unto itself, and I’ve used it before, many times.”

“That’s a point. God, Gage, I was so calm and centered in Las Vegas.”

“No, I’m not. I look and act that way, but inside, my mind’s buzzing. Constantly whipping thoughts around. And being with you isn’t helping me combat that.”

“Why?” He grinned. “Because you don’t like taking orders? Or because you want to make out with me?”

Punch him or laugh. It was a tough choice. Amber took the less aggressive path and, tipping her head at him, smiled.

“Maybe a little of both. But then, they say patients often fall in love with their doctors, so who knows which feelings are valid and which aren’t?”

“Making out doesn’t require feelings.” Reaching over, Gage caught a strand of her hair and played with it. “It’s a jungle thing.”

She teased him with her expression. “Primal instinct?”

“I’m a guy, Amber. I’m a sucker for the most basic sexual lure.”

Her situation with Fixx wasn’t the only form of insanity, Amber reflected. On the other hand, she could be dead by tomorrow, so why not indulge her senses?

One quick taste, she promised herself and let him use the hair he still held to draw her forward. Rain wouldn’t melt her, and neither would a kiss. Quick and simple and…

“Oh, what the hell,” she murmured.

She caught hold of his jacket as he hauled her across the seat, and took his mouth with a hunger she hadn’t realized she possessed.

Hadn’t realized he possessed, either. The taste of him exploded in her head the instant his lips met hers. There was heat and need and far too many other sensations for her to untangle.

The self-control she’d prided herself on possessing splintered. She wanted more than just a kiss, much more than a taste. She wanted to explore his mouth, then take that exploration deeper, lower until she’d seen and felt every part of him.

He used his tongue to probe her mouth. She used her teeth to nip. His hands slid from her shoulders to her arms, then up again to cup her head and hold it steady for a more thorough invasion.

“Definitely going crazy.” She drew back ever so slightly, couldn’t seem to find air in the truck. Could a person suffocate from desire? “This shouldn’t be happening.”

“Yeah, well, life’ll screw you around sometimes.” Gage kissed her cheek. Then he captured her mouth again and made her head spin.

A dozen rockets burst in her brain. One after another, like the blast of a high-powered rifle.

Her fists clenched on Gage’s jacket as reality crashed in. She tore her mouth from his. “Those aren’t rockets.”

He was already moving. “Stay down. Stay with me. Right with me.”

More shots blasted through the air. Amber hit the ground and remained low. A small army of Fixx’s men was all she could think.

“Look right,” Gage said from in front of her. “They’re up on that knoll. We’ll have to circle back to Bear’s shack.”

Amber didn’t argue, didn’t hesitate. She pulled the gun from the pocket of her hoodie and ran with him.

Jenna Ryan was born in Victoria, British Columbia, Canada, but spent her childhood in several different areas of the country. She began creating stories before she could read. Growing up, romance alone had a strong appeal, but as it turned out, romantic suspense was the perfect fit. After all, what could be better than adding the darker elements of a mystery to a romantic relationship? And, oh, the fun of those secondary characters. Over the years, she has worked in several different industries, including modeling, interior design and travel, however, writing has always been her passion – even if she didn’t go about it in the usual way. She earned a degree in Creative Writing from the University of Victoria in British Columbia and currently lives in a semi-rural setting fifteen minutes from that city.