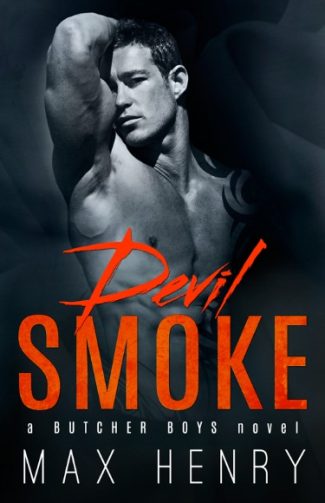 “Value the people who sacrifice their something for you ... because maybe that something was their everything.”

The brief was simple—infiltrate our rival’s crew and steal the info we needed. Easy, right? I thought so, too, until I met Ryan. A woman with the ability to change my view on everything: who I was, who I am now, and what I want to be remembered for when the reaper comes to collect.

I’m a killer, a scapegoat for hire—the man who’ll take the fall for your immoral operation if you offer me the right price. I’ve made enemies along the way, and I’m forever watching my back. In a world as corrupt as mine, love and relationships remain an unobtainable target. So I act the fool, parade as the playboy, but all I really want is to belong to somebody.

She made me think it could be her, that a woman so haunted by her past might actually need a man like me—somebody who can kill with his bare hands, a man who would sacrifice it all to see those he loved kept safe.

That was, until she turned the table and risked it all to help me.

When best-laid plans fall apart, and we’re both put to the test, will love or loyalty prevail? 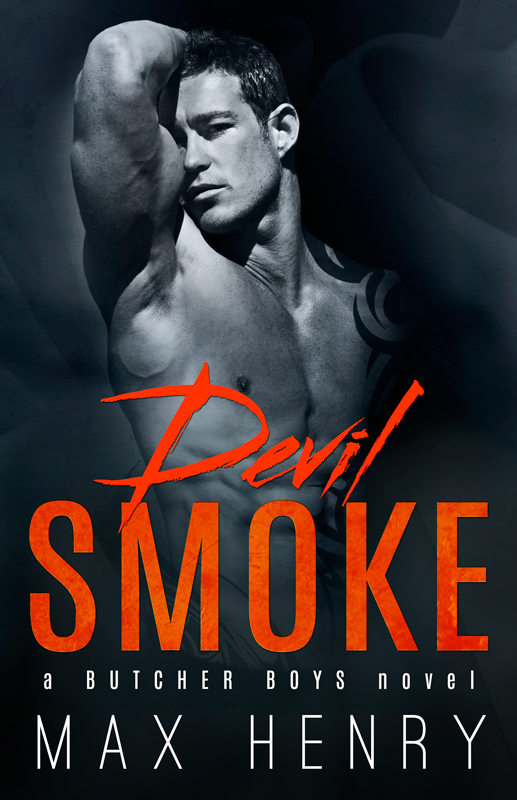 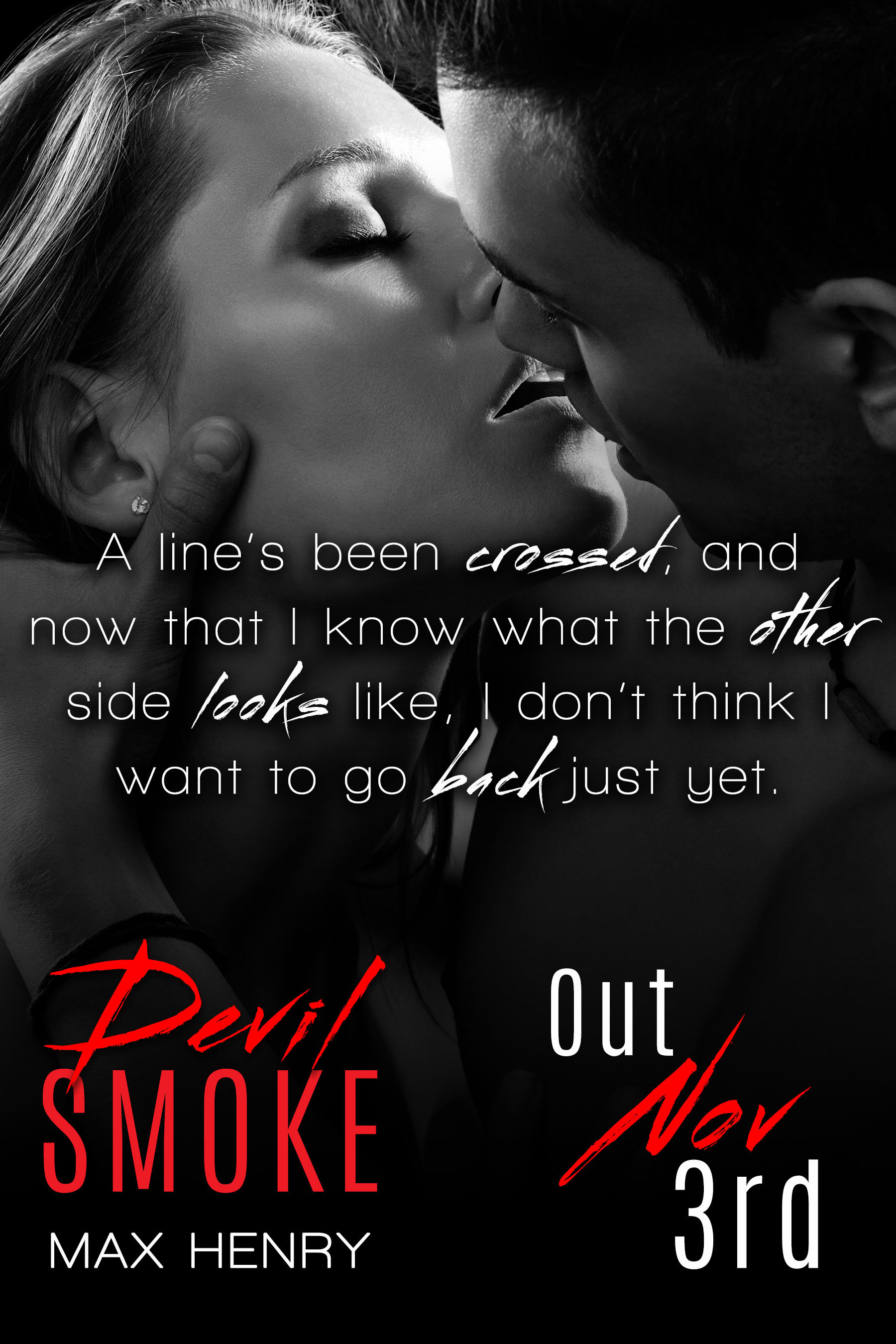 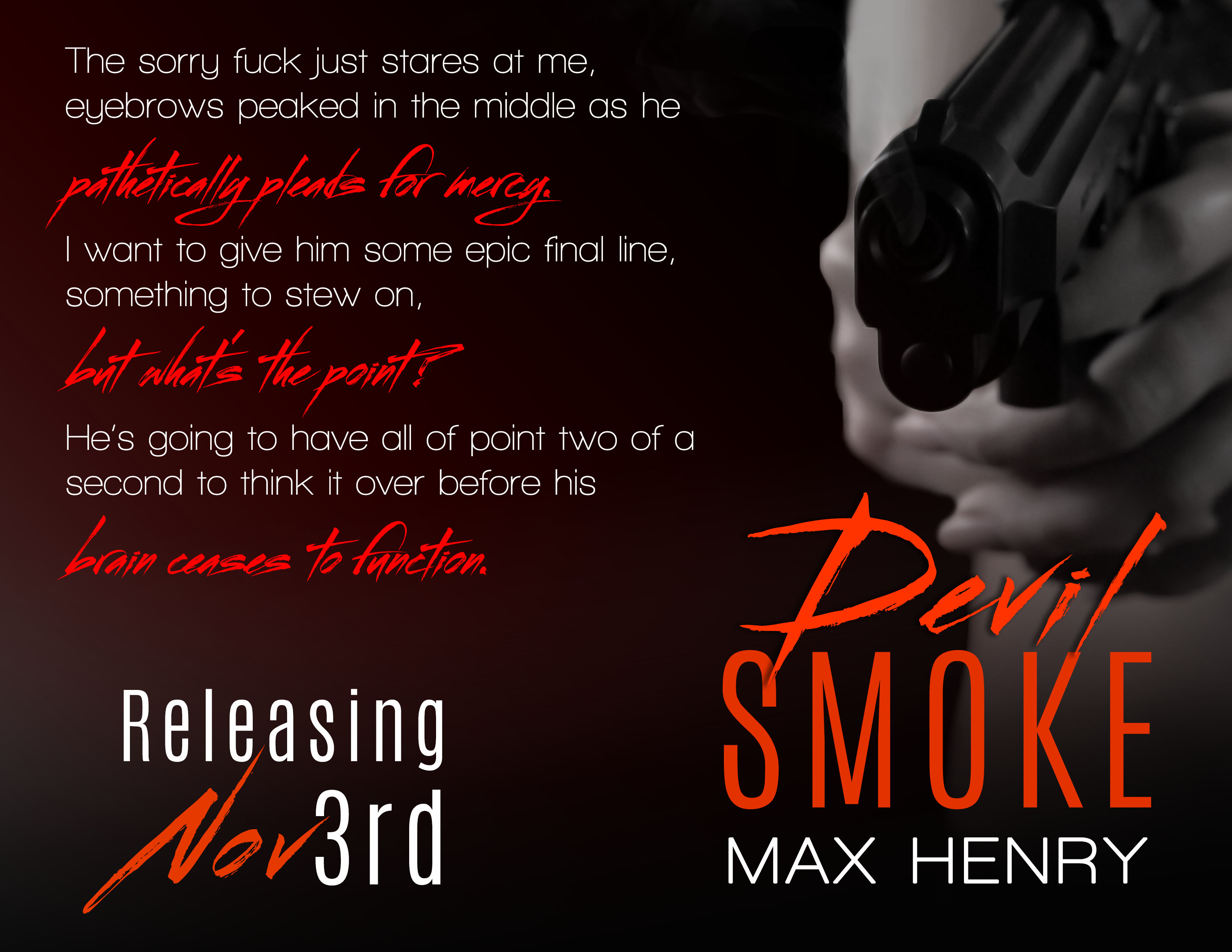 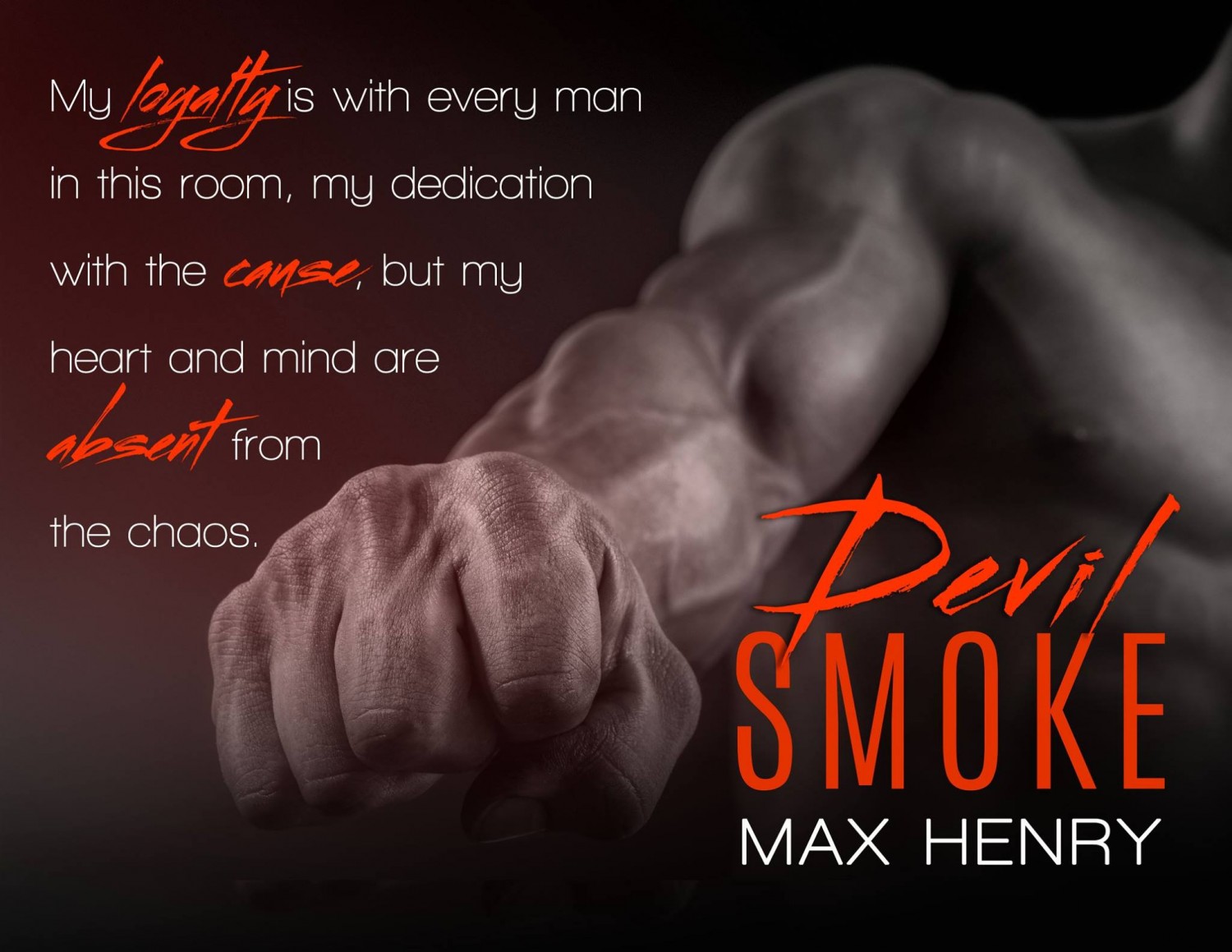 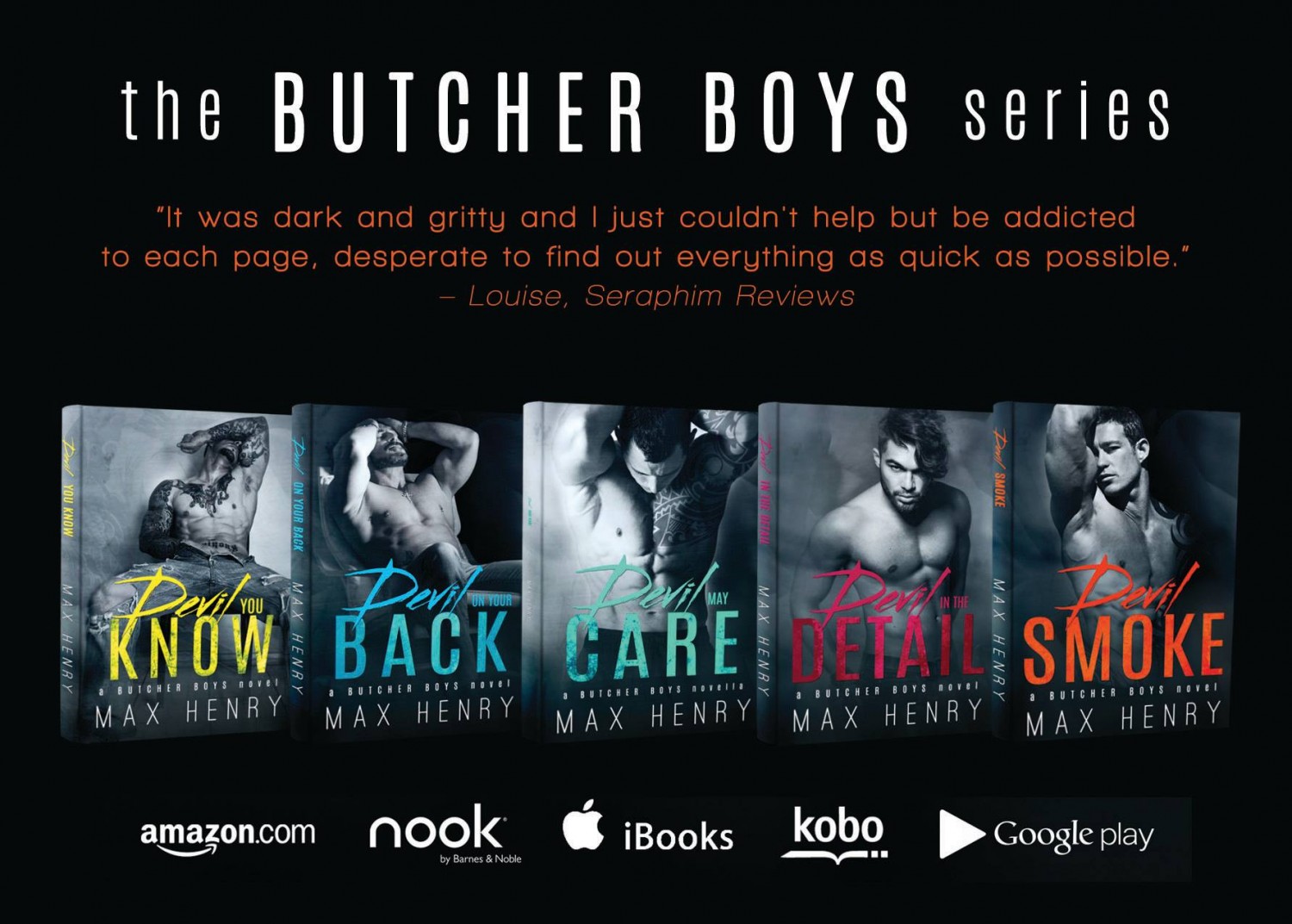 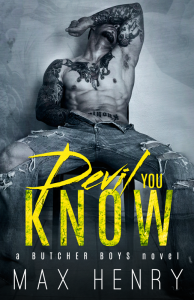 Sometimes love can be found in the most unlikely of places.

“It gives me strength to have somebody to fight for; I can never fight for myself, but, for others, I can kill.”
– Emilie Autumn

Living on the streets, I had to make some hard decisions to stay alive. I signed a contract with the devil, and because of that, I choose to live alone.

But after listening to my neighbors fight every night for years, it’s finally gotten to me. Now I’ve gone and done it – I’ve broken my only rule—never get involved.

I want to save the beautiful woman next door with the sad eyes from his abuse. I want to take her away from all of this, but what do I have to offer when my hands are stained with the sins I’ve committed?

How can I offer a broken woman peace and safety when those two things don’t exist in my world?

Devil on Your Back 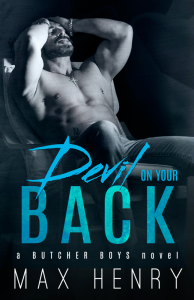 A story of second-chance love with fifty-two 5 star reviews on Goodreads.

They say you don’t know what you have until it’s gone. Truth is, you always knew what you had, you just never thought you’d lose it.
– Anonymous

I thought losing my family was the linchpin to my suffering—the thing that would forever hold my head under the dark waters of regret. But I was wrong.

After seventeen years alone, I’ve found my place with the brothers of the Fallen Saints MC. But now even my solitary existence within their walls is threatened.

When one of our members crosses a notorious drug-lord, my estranged son is put at risk. As his father, I’ll do everything I can to ensure his safety—even it means putting my chance at finding love again in jeopardy.

She’s just like me, with a heart too scarred to take any more pain. So why are there sparks every time I’m near? What is it about her that captivates me so intensely?

When she needs me as much as my son, how will I decide with path to take? Will I make the right choice, or am I doomed to yet again lose the ones I love? 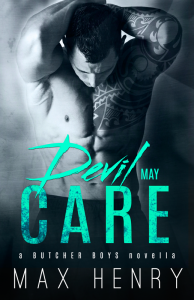 Even the darkest of souls can sometimes find redemption.

“He in his madness prays for storms, and dreams that storms will bring him peace.”
– Leo Tolstoy

If only I could click my magic heels and get the hell out of here, but this isn’t Oz, and I’m most certainly not Dorothy.

I’m crazy. Psychotic. One outburst short of snapping the thin grasp I have on reality.

Sold out by my brothers at the Fallen Saints MC, I’ve been sent back to my father – prisoned in the last place I ever expected to return to. Now, I have to get out before my old man gets bored with me and pops a bullet through my skull.

A fellow prisoner and pawn in my father’s master plan, Dana is tempting me for all the wrong reasons. She doesn’t know who I am outside of these walls, or what I do. And now I know who her family is, there’s no way we could ever be together.

But what can I say? Dana quiets the voices in my head, and for that, I’d kind of like to keep her around. If I know one thing for sure, it’s that I’m getting out of here before my father kills me . . . and she’s coming too.

Devil in the Detail 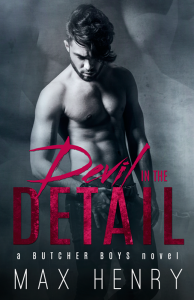 Love will find us, and when it does, we have no control over who or when.

“Guilt is bad, and sadness is bad, but regret is the sickly combination of both.”
– Unknown

It’s the little things that break us, but sometimes they can also make us. Little things like a droplet of blood on my foot.

My world ended and started in that droplet, bled from a life taken by my hand. It changed, broke, fell apart, and never really came back together the right way. Ever since, I’ve done everything I can to protect those around me, distracting myself from the real root of my problem by concentrating on theirs.

A plan that worked just fine, until I met Ramona.

One look, one touch, and I could breath again. But she’s not mine to have. She’s old lady to a member of the Fallen Saints MC. And not just any brother—he’s the most psychotic man I’ve ever had the displeasure of knowing.

Foolish? Maybe. Selfish? Definitely. But nothing can stop me from proving she needs me just as much as it kills me to wake up one more day without her.