Title: Everything I Shouldn’t (Nashville Nights #2)

I didn’t plan on David getting suspicious, and I definitely didn’t plan on getting caught. My selfishness has cost Jeremy everything, my brother won’t even look at me, Lyric must hate me for practically blackmailing her to keep silent and my best friend is barely speaking to me.

Now my life is full of secrets and lies. The people around me have been affected by the choices I’ve made and the lies I’ve told. But what will they do when they discover the biggest secret of them all?

Jeremy is everything I shouldn’t want, and the person I can’t live without. 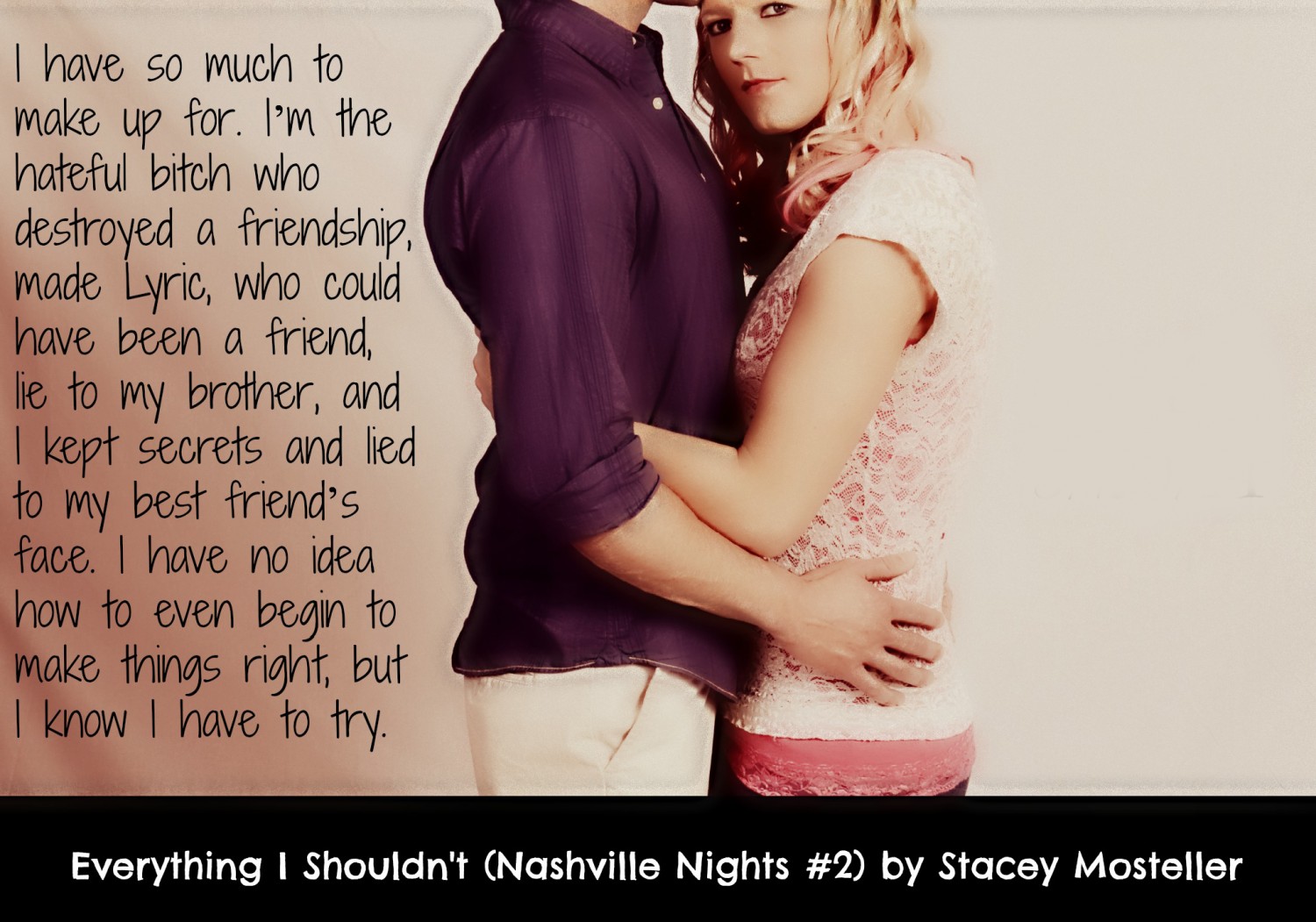 Save Me From Myself (Nashville Nights #1)

Lyric Hayes spent the first 22 years of her life trying to be the perfect daughter and the perfect girlfriend. After a tragedy and her fiance’s betrayal, she’s running. Starting over far away from the person she used to be.

She’s made herself a vow – no relationships. She’s trying to heal, not complicate her life further.

David Pearson has it all. Confidence, awesome friends, successful business. But, David’s dealt with loss too. He knows better than anyone not to judge by what’s on the surface.

Drawn to Lyric despite her inability to trust, he’ll do anything to own her heart.

Will secrets and misunderstandings send Lyric running again? Or will David finally save her from herself?

Originally released as part of the Southern Seduction Box Set

Peyton Williams is spoiled, entitled and a little too stuck up. The daughter of an influential Mayor and a socialite mother, she’s trying to get through college and make her own path. She’s perfectly happy being a loner until Spring semester when she gets not only a roommate, but a math tutor.

Wyatt Parker is the boy from the wrong side of town. Known as the son of the town tramp, he jumps at the scholarship to play basketball in Nashville where no one knows his roots. Spending this semester tutoring a friend’s snobby roommate wasn’t what he envisioned, but Peyton quickly gets under his skin.

Peyton never wanted more until she met Wyatt, but is she willing to be what he needs? 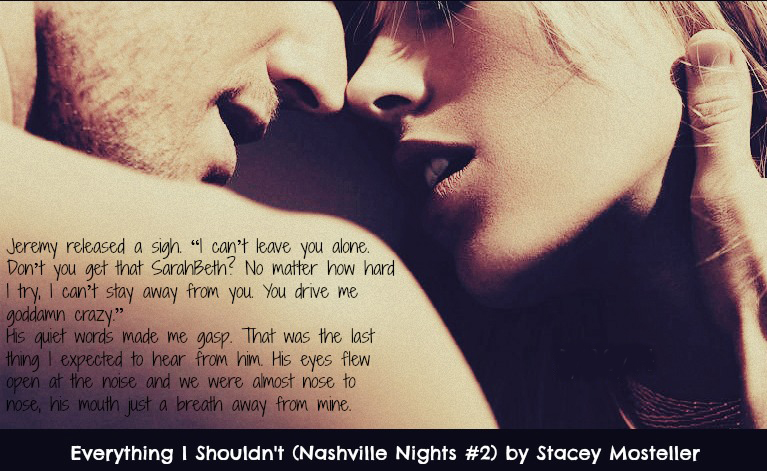 Stacey is a wife, reader, author and mother to 3 boys, ages 15, 14, and 8 – not necessarily in that order! After spending the first half of her life in a small town outside of Philadelphia, PA, her parents moved to another small town in North Carolina. She married her husband after dating a total of three months and knowing each other for six! People thought they were crazy, but 2014 marks their 10 year anniversary, so it obviously worked out! She loves to read and can usually be found curled up with her iPad when she’s supposed to be writing or creating playlists on Spotify!

$50 Amazon Gift Card, 3 signed Save Me From Myself Paperbacks