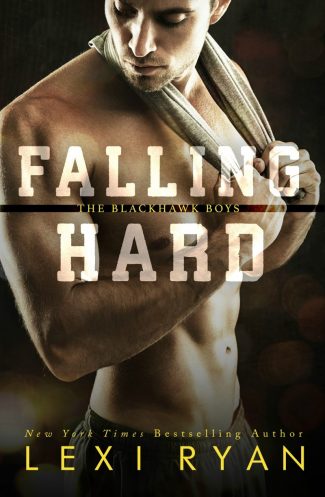 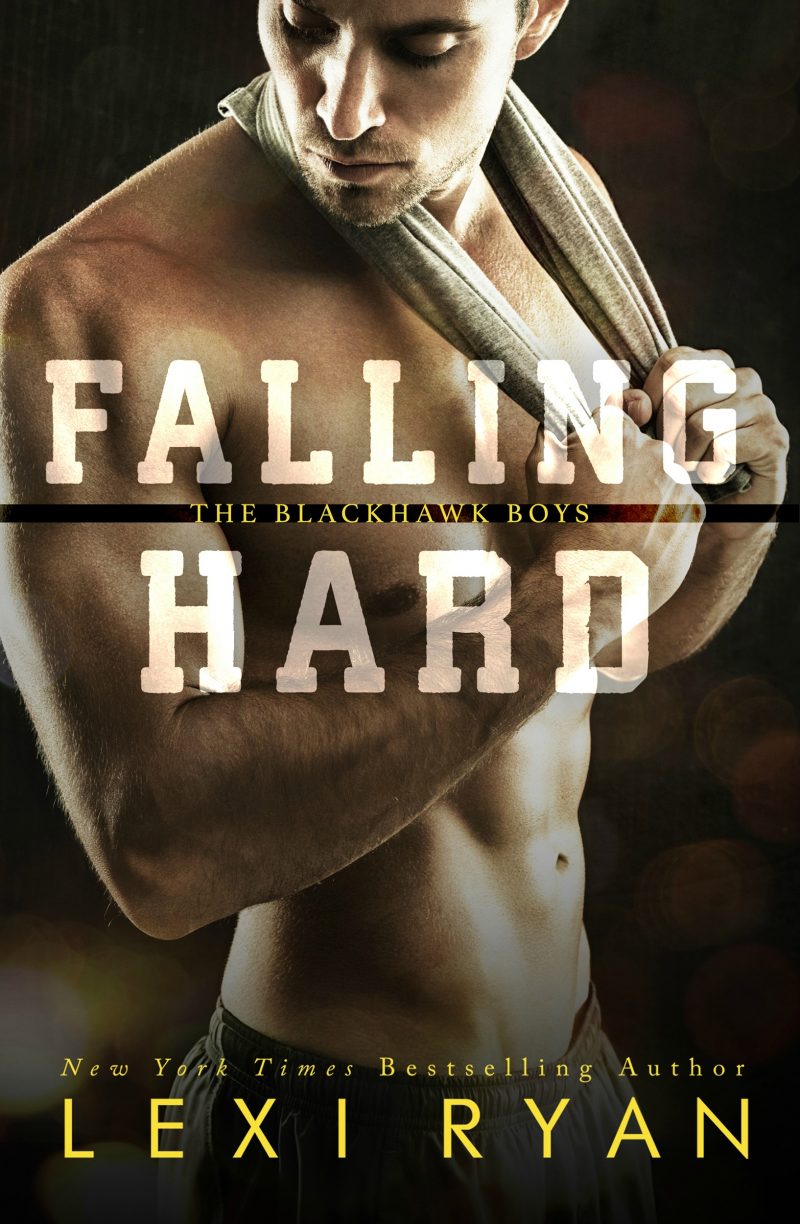 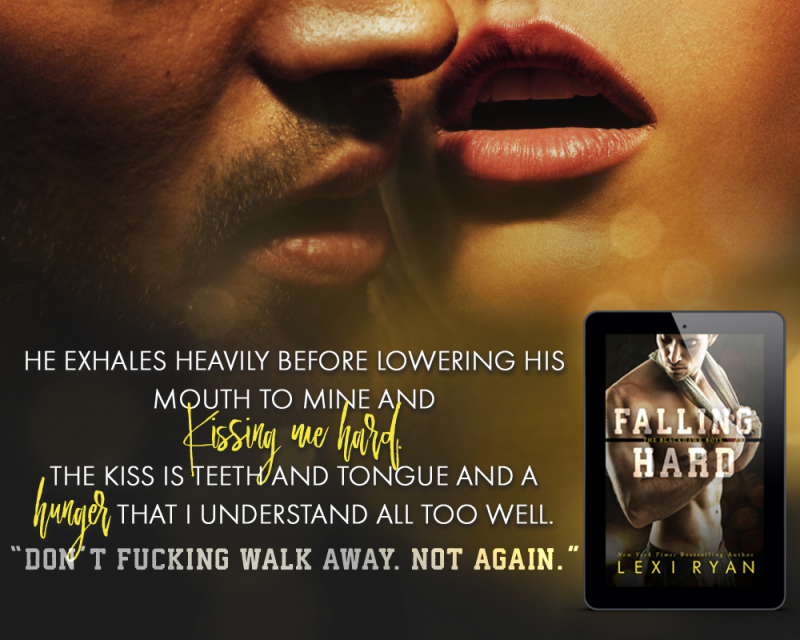 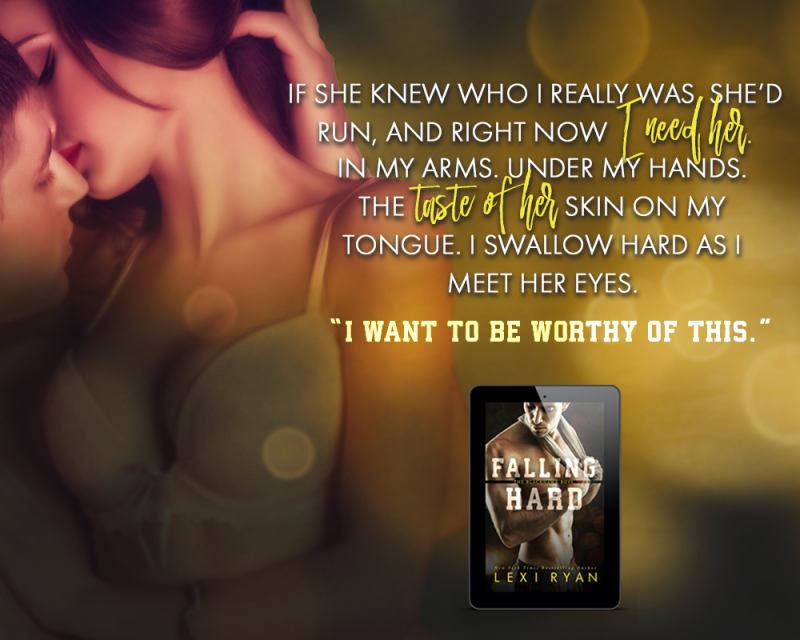 “You’re too beautiful,” I tell her. I run my thumb along her jaw. “Too fucking beautiful.”

My stomach clenches and I shake my head. “Don’t think that. It’s a lie. It’s what I wanted you to believe. Don’t bring that lie into tonight.”

“How was it a lie?” She grins up at me, and I know a full confession would erase all the happiness from her face.

“When we were together before, I wasn’t the man you thought I was. I wasn’t good.” It’s the closest to the truth I’ve ever given anyone about my past.

“So you don’t want me believing you’re good?”

I pull her hips tightly against me as I exhale in frustration. She still thinks this is some kind of joke. “I’m different now, but then…”

She lifts onto her toes and flicks her tongue against my ear. “Don’t be so different. I like you a little bad.”

I groan and stop dancing. I don’t know how much longer I can do this without diving over the line. “Is that permission to stop being your friend?” I’m obsessed with knowing if she tastes as sweet as I remember. And if I swipe my tongue over the sensitive spot beneath her ear, will she gasp like she always did?

She shrugs and grins, and the dance floor tilts off balance. It’s crowded, and we’re surrounded by writhing bodies, cocooned in the crowd. I turn her in my arms so her back is to my front and settle my hand against the soft skin of her midriff. She arches her back and rubs against me.

I sweep her hair to the side, and when I press my lips to the long, smooth column of her neck, she trembles against me.

“Tell me what you want. Not five years ago. Not tomorrow. What do you want right now?”

She reaches back and threads her fingers through my hair to guide my mouth back to her neck.

I don’t hesitate. I kiss and suck on that tender skin while we move to the beat.

The rest of the room fades and one song blurs into the next. A waitress comes by selling shots, and I buy two, one for each of us, and we lock eyes as we throw them back. At some point, I’m vaguely aware of Bailey checking on me, but my focus is one hundred percent on Emma, on this night that takes me back to when I was eighteen and so fucking in love it hurt. Tonight, Emma isn’t the woman who once broke my heart. She isn’t the girl who wrote me off with a simple goodbye note and apologies I didn’t want. Tonight, she’s a dream, my fantasy in the flesh, my reward for surviving the hardest year of my whole life.

When her face begins to blur, I realize I’m way more drunk than I ever intended. I need to sober up or I’m not going to remember a minute of this night. “Want to get out of here?”

She nods, takes my hand, and leads me out of the bar and down the hall to the elevators. My watch reads a quarter past two.

“Let’s get some food,” I suggest, but at the same moment, an elevator dings and the doors slide open.

Emma grabs my hand and drags me inside. “I don’t want food,” she says, punching a button.

I spin her around and press her against the wall. “What do you want, Em?” I drop my hand to her side to skim my knuckles over her skirt, and she widens her stance to part her thighs. “Fuck,” I whisper. I shouldn’t do this. Not here, not when any moment someone could join us on the elevator, not when we’re both so damn drunk it’s a wonder we can stand upright. But shouldn’t is so much weaker than want, and I want to touch her more than I want anything right now.

I’m faintly aware of the soft beeping of the passing floors as I slide my hand up her skirt and cup her between her legs. She gasps, and I rub my fingers over the damp lace of her panties, teasing her swollen flesh.

When the elevator stops and the doors slide open, she grabs my wrist and holds me still. “Please,” she whispers in my ear. “Please. Don’t stop.” Then she tilts her hips and rocks against my hand. I couldn’t refuse her if every person in the hotel was watching us. 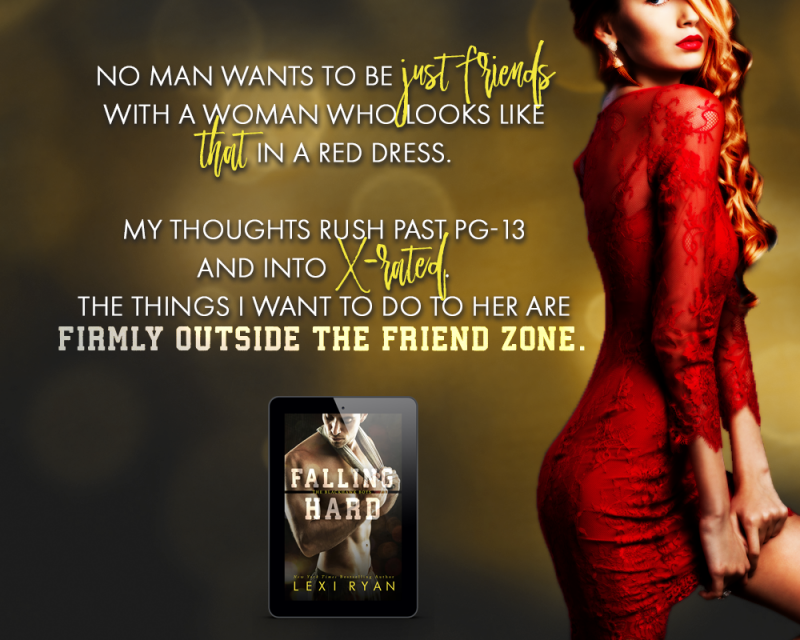 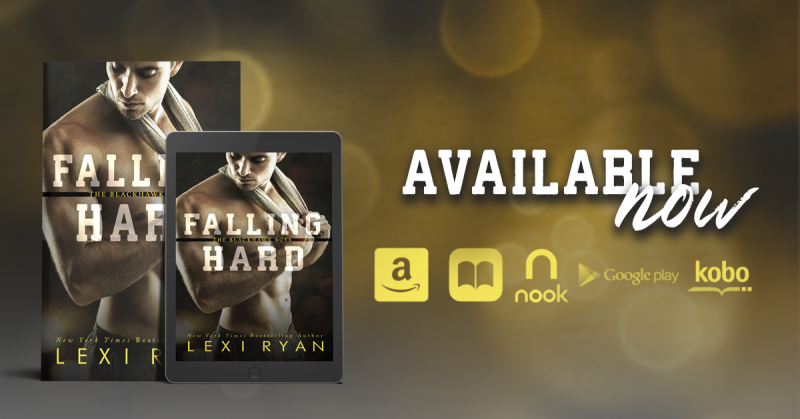 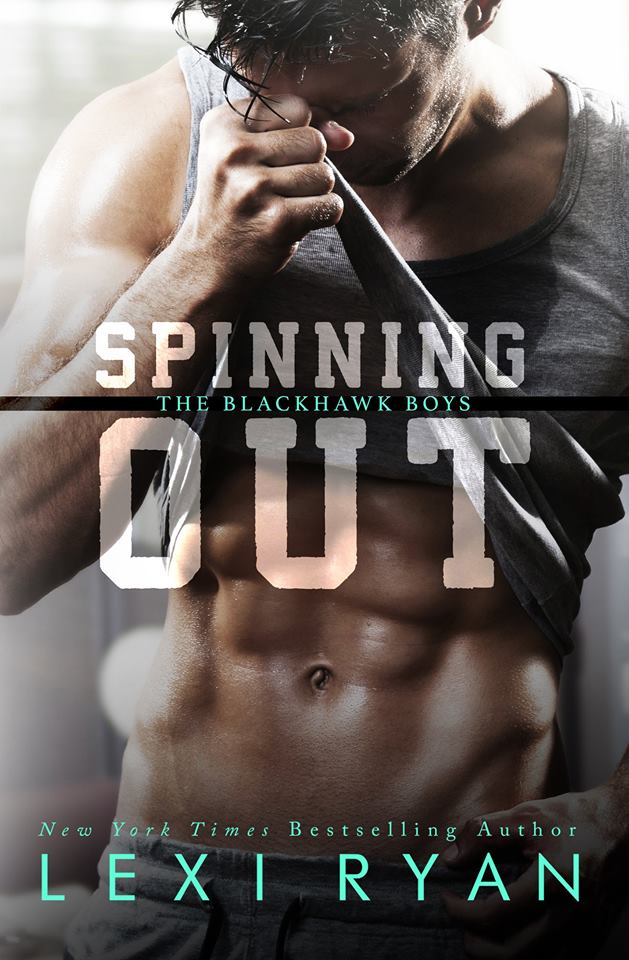 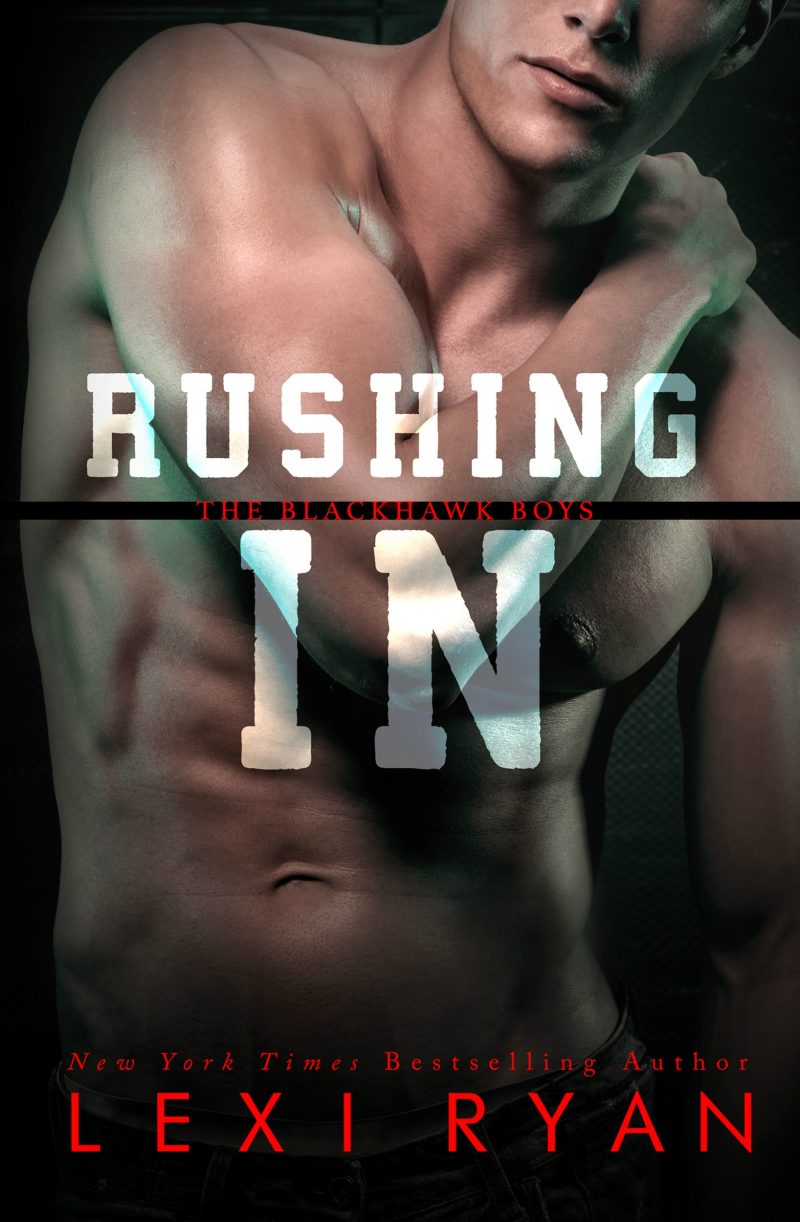 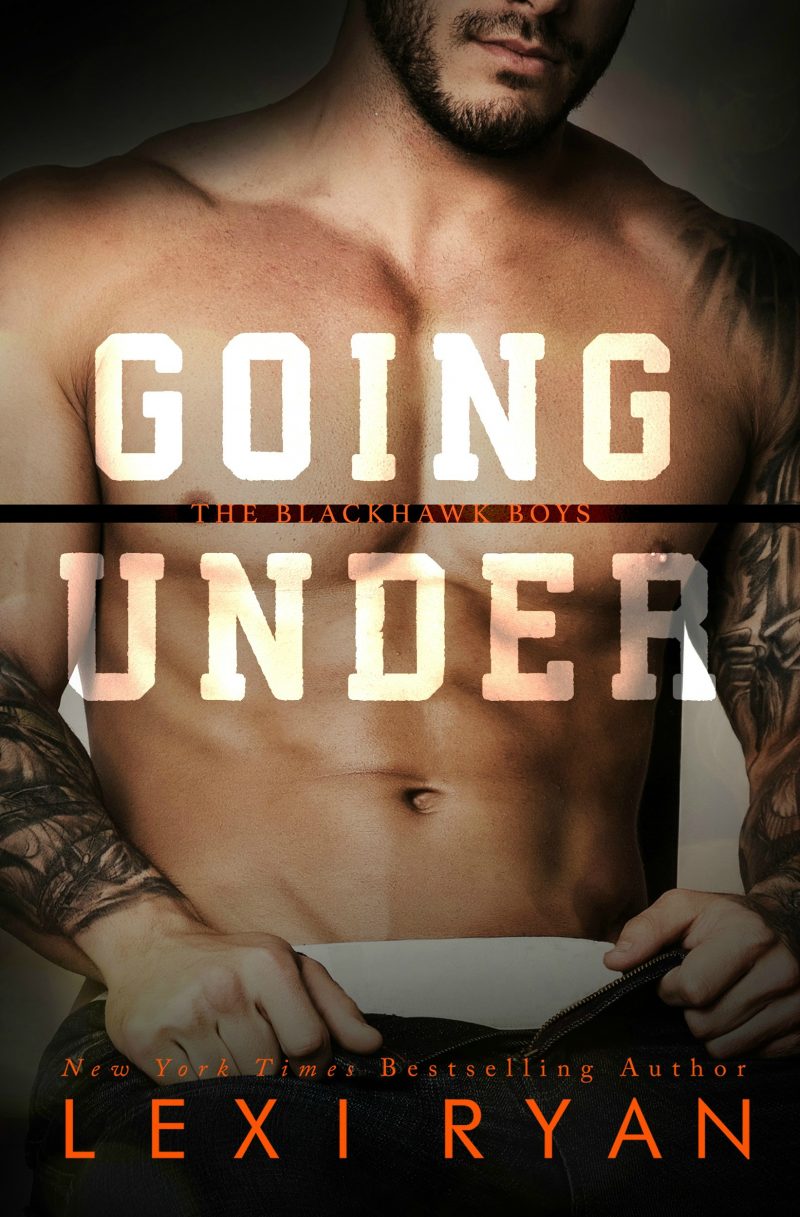 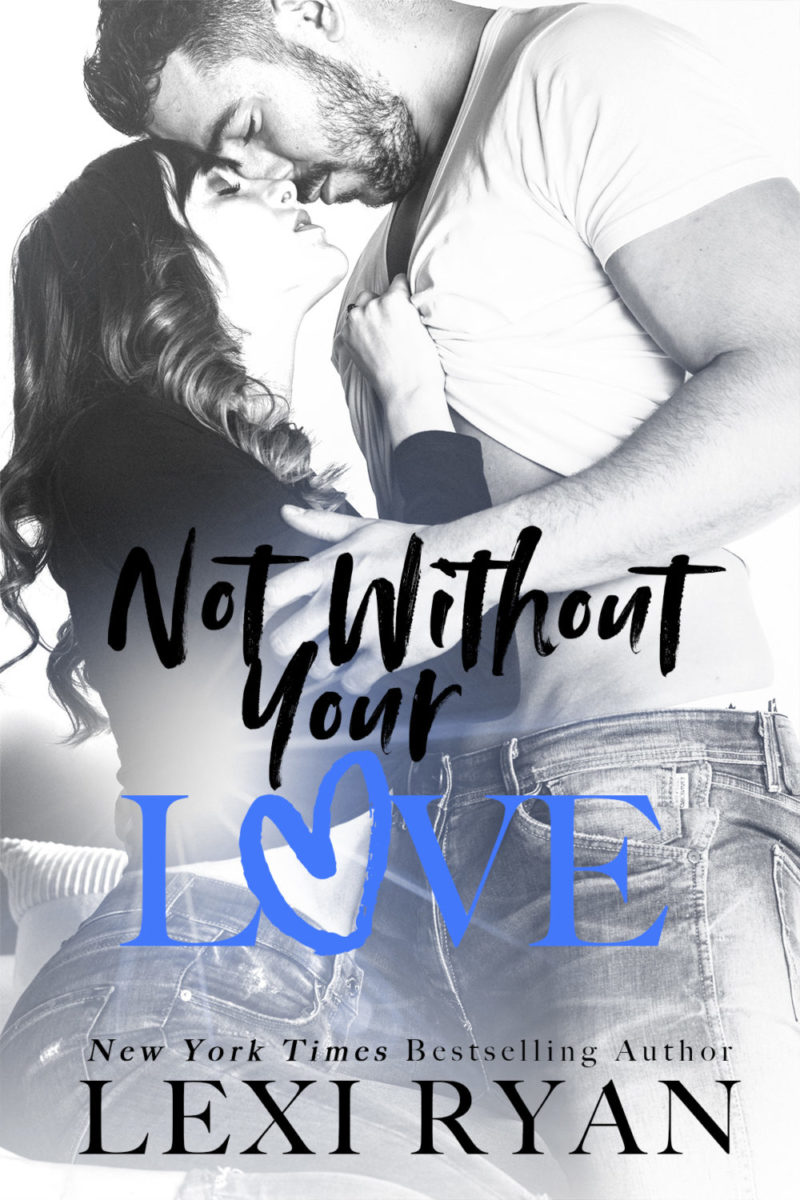