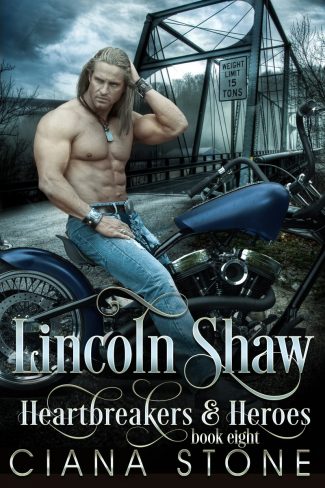 He doesn't care if both his brothers are both married, with families and happy as bugs in a rug. Or that most of his friends are getting hitched. Settling down might be for them but it's definitely not in the cards for Lincoln Shaw. He enjoys his freedom and women way too much for that. Nope, give him a different woman--or three-- every night and he's just fine.

Then, why the heck does a pole dancer with violet eyes who calls him Thor have him thinking that settling down might not be so bad after all? 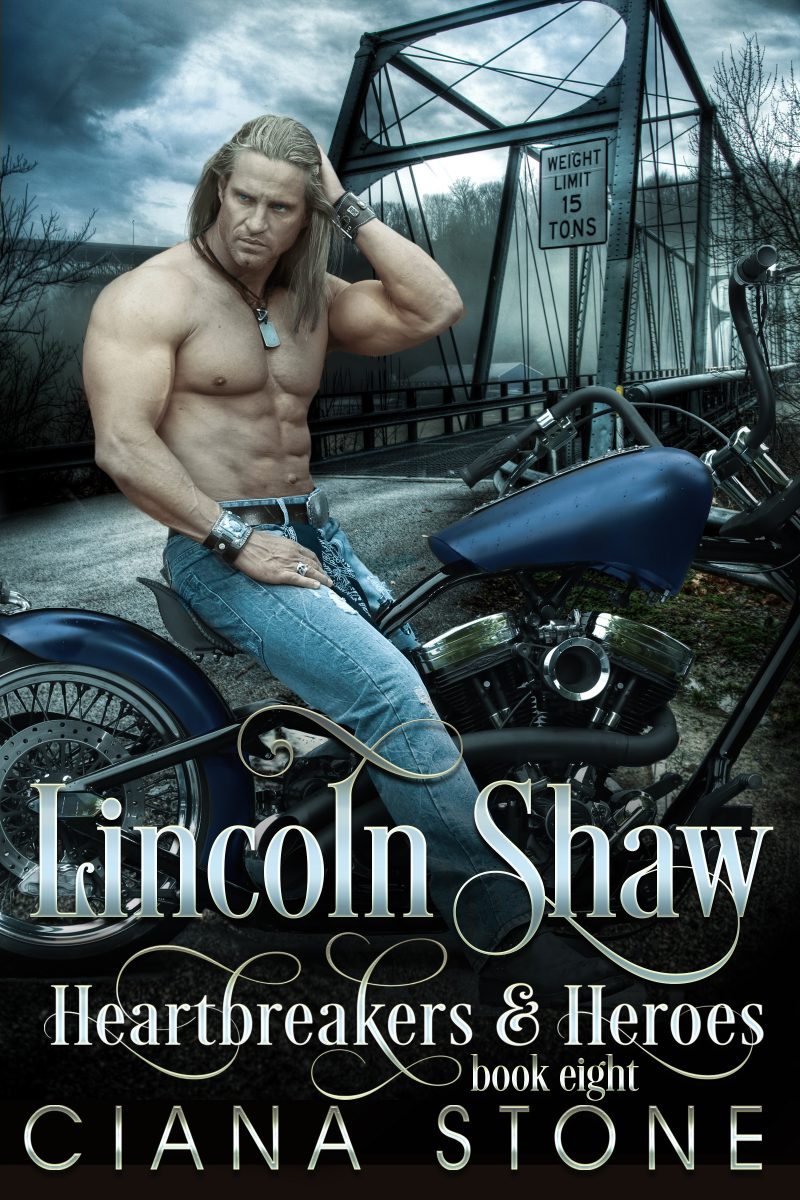 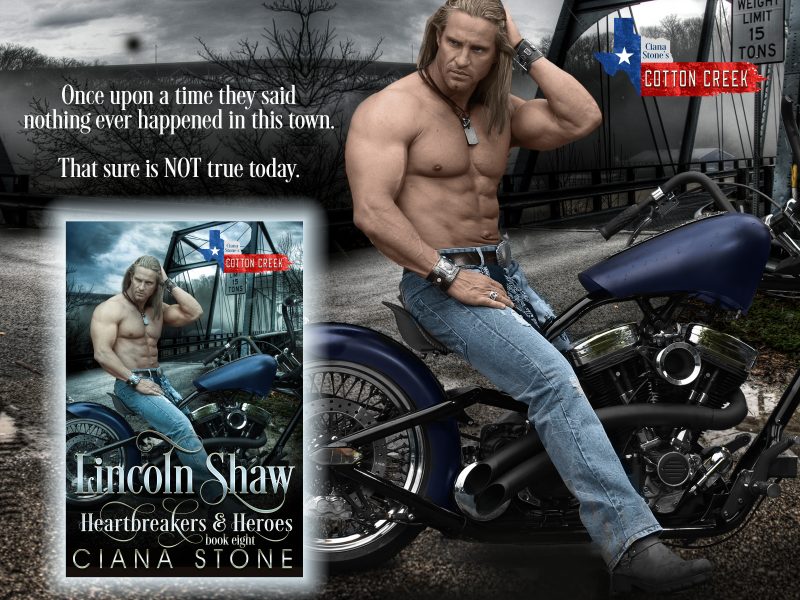 So, here’s where it all begins. Or ends.

Either way, life was never going to be the same again. If there was life after what happened next. There were two ways she could play this. The first: pretend to be weak and beg, or the second: the way her mama had raised her. Hands on her hips and ready to rumble.

Tallulah, or Lula as she was most often called, chose her mama’s way because she wasn’t about to beg this sorry sack of shit for anything. “I’ll tell you what.” Her hands went onto her hips. “If you don’t put that gun away your buddies are going to see you get your ass kicked by a girl.”

That probably wasn’t the smartest challenge. Men hate to be called down by a woman, particularly in front of their friends. But this one had crossed a line when he shoved that five-dollar bill into the band of her thong and then tried to pull the thong clean off her body.

As if he hadn’t seen darn near all there was to see of her. Not to mention there was a strict no-touch rule. That’s one of the reasons she took the job. She wasn’t a bit ashamed of what nature had blessed her with and didn’t give a hoot about men watching her do a silly pole dance, but she was a “touch when invited” kind of girl and she rarely invited anyone to touch.

She didn’t go into her personal policy with the offender but did point out the “no touching” rule clearly posted. He called her a whore and jerked her off the stage. That’s when she slugged him. The way his eyes rolled around she thought that might be the end of it.

Luck wasn’t with her, though. As soon as his head whipped back into normal position he pulled the gun.

Now they stared at one another like the gunslingers of old, sizing each other up and looking for weakness. Lula wasn’t at all sure he would back down. “I tell you what, cunt.”  He looked around at the crowd that’d gathered and grinned before returning his attention to her. “You drop to your knees and suck my dick and maybe I won’t blow your fucking brains out.”

Just as the thought crossed her mind that she’d take a bullet rather than suck anything of his, a deep male voice from the edge of the crowd brought silence to the place.

“Or…” The people parted to make way. “…you hand over the gun and leave before I get angry.”

Lula was as surprised as her nemesis when a man emerged from the crowd. Well, hellooooo Thor.

Holy Asgardians, what a man. Well over six feet, with a mane of blond hair, eyes the color of frost and a body built for either fighting or sinning, maybe a whole lot of both. She’d opt for the latter if given a choice. 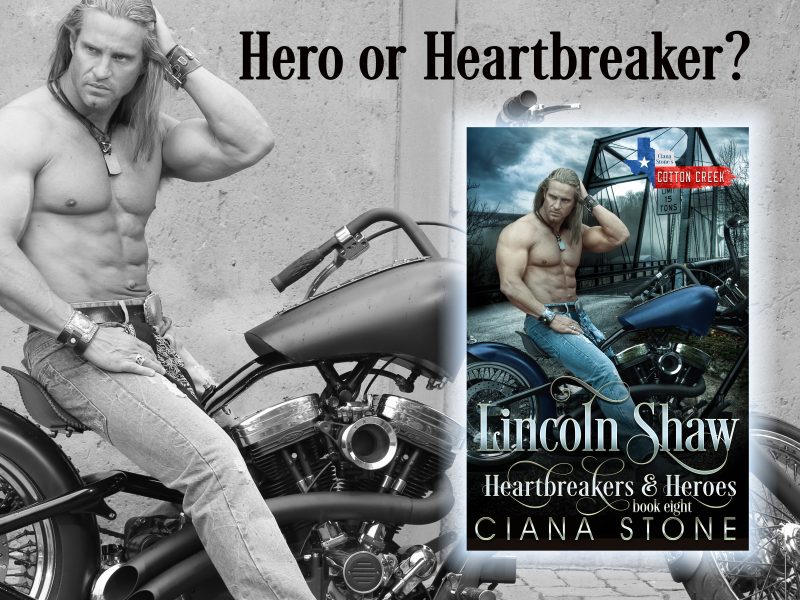 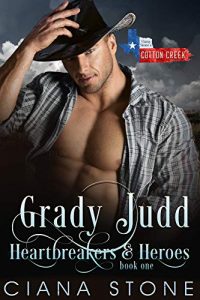 If there was such a thing as an urban legend in Cotton Creek it was Grady Judd. He’d broken the heart of every woman he’d ever kissed and he’d kissed a plenty. Many tried to rope him, tie him down and drag him to the altar, but Grady wasn’t the marrying kind. In fact, no one was quite sure what kind of man Grady was. He showed up now and again, tended to his ranch and then would disappear just as fast and never utter a word as to where he’d been when he came home again.

He was a sexy temptation, rolled up in a fine male package, and was all too willing to deliver a night of pleasure. He was also completely unwilling to let anyone inside his impenetrable wall. It was all fun and games or nothing at all.

Until he showed back up in Cotton Creek this time to discover that he’s not the only heartbreaker in town, which leads to a whole new game and an entirely new question. Could Grady Judd finally have met his match? 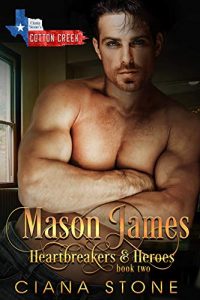 There’s just something about a man who can dance and Mason James has the kind of moves that turn a woman’s thoughts to what that body of his could do off the dance floor. Mason’s been breaking hearts so long it’s part of his nature. There’s not a woman he can’t seduce. When he shows up in Cotton Creek the women perk right up. And take a sudden interest in dance lessons.

No one realizes that teaching dancing is as far from the truth of who he really is as it gets. In all honesty, he’s not sure what he is anymore. He came back to Cotton Creek because it’s the only real home he’s ever known. He didn’t expect to like it, and sure didn’t expect to have a baby left on his doorstep, or to meet someone who made him wonder if it wasn’t time he stopped letting women chase him and do some chasing of his own. 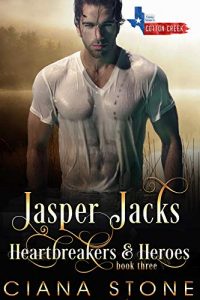 Jasper figured that being captured and tortured for weeks before managing to escape was going to be what ended him. He was trying to deal with it but it the damn panic attacks were crippling him. When he was ordered into rehab, he had no choice but to obey. Being a SEAL was his life. He had to get whole again and get back to his unit.

As luck would have it, one of the Commanders of a SEAL Team, Grady Judd, who was now off the active duty roster, had partnered up with an ex-CIA spy and opened a rehab center in Texas. When Grady called and asked Jasper to do his rehab there, Jasper said yes. With Grady as the boss, maybe the place, Sanctuary, wouldn’t be like the VA hospital, all talk and no action.

What he finds when he gets there is a therapist who is anything but conventional. That might have been okay except for one small glitch. Dr. Whitestone’s a woman. And she’s hot.

Now JJ has more than PTSD to worry about. He also has to keep his desires in check and his hands off the doctor. 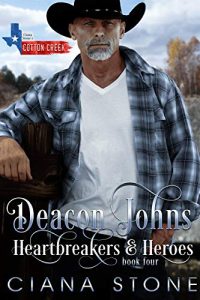 He’s a natural born leader and as Commander of a Seal team, spent most of his adult life doing just that. Now he’s training men to become fighting machines — still in command. At least of the men in his charge. When it come to his love life, he is about to find himself spinning out of control, and he’s not quite sure what to do about it. It’s rare he meets a woman he wants more than a night or two of pleasure with. Rarer still to find one that intriques him. To meet a woman who surpasses those expectations is unexpected, exciting. And something he can’t let himself indulge in. He won’t let himself become involved.

She has other ideas. 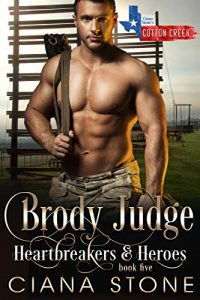 Brodie’s come to Cotton Creek simply because he has a lot of leave time, and the new training facility that was built in the same county is about to have a two-hundred foot climbing tower. There’s little Brodie likes more than free-climbing and he’s agreed to train a new batch of recruits. It’ll give him some down time to maybe work on an engine, visit with friends and if lucky, find a pretty lady to enjoy some time with.

What he never counted on was being thrust into the middle of a tantalizing and sexy mystery. A mysterious woman runs the obstacle course of the training center every morning before dawn and she kills it. Brodie is a true sucker for a mystery, not to mention gorgeous red-heads. So, naturally he’ll have to catch this mysterious beauty when she’s on one of her morning challenges with the course.

That’s going to open a Pandora’s box he never imagined.

Things are about to get downright exciting in Cotton Creek. 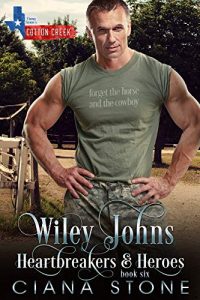 If you ask someone to describe Wiley the answer would be… Wiley “is”. Is all man, all heart, all fun, all courage, all about pleasuring a woman, and all “in” when he goes after something.

He also is a mystery and not one that is easily solved.

So, how is a woman supposed to resist that? 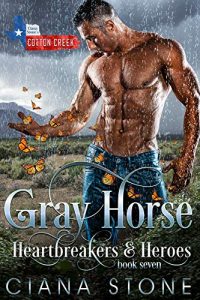 Warrior. SEAL. Protector. Artist. Mathias Gray Horse is many things, most of all a mystery. And not one that is easy to solve. He likes his space, and is comfortable with solitude.

There are plenty of women eager to keep him company, but Mathias isn’t sure he wants anyone to intrude on his space for long. He likes privacy and feels no need to fill the silence with unnecessary words. Maybe that means he’s destined to walk his path alone.

At least so he thinks. Until a butterfly lands on his hand and changes his whole world.

Who would have guessed? 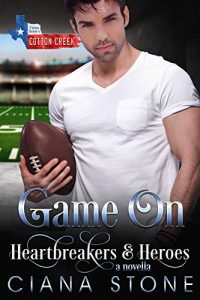 Dillon Walker loves football. Always has. When a promising career playing was cut short by an injury, he didn’t let it rob him of his love for the game. He just moved to the sidelines. Coaching.

So here he is, back in Cray County, the head coach of the Cotton Creek Mustangs. And so far, life is okay.

Until there’s a threat against his family, and suddenly he’s being saddled with a body guard.

With curve from hell.

And who might just know as much about the game as Dillon.

I’m a country girl at heart and I’m quite keen on home-grown heroes, military men and cowboys. Happily-ever-after is something I believe in with my whole heart. Love may be a bumpy road and there are bound to be perils along the way but in the end, love should win. I try to take that attitude into my writing and believe that love, hope and laughter are some of the best medicine there is. Along with books. Lots of books.

I have a passion for sagas. I love to fall into a world, get to know characters and have them reappear in stories down the road. Because of that, I wrote my Cotton Creek Saga. So far, there are two series within the saga, Honky Tonk Angels and Heartbreakers & Heroes, with another, Heritage, on the way in 2019.

I love to hear from readers and want every since person who has read one of my book to know how much I thank them. To every reader who has spent his or her hard-earned reading dollars on a Ciana Stone book, thank you from the bottom of my heart.