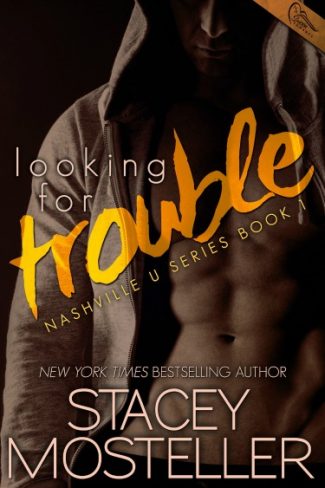 He’s all dirty jokes and curse words, while she’s quiet and shy. She blends into the background, while he is the center of everyone’s attention.

Clay Mitchell never expected to fall in love. Especially not with a girl he’s known all his life and one who’s always been off-limits.

Opposites might attract, but in this case of explosive chemistry, someone’s heart is bound to be shattered.

As enemies become friends and friends morph into more; Clay has definitely met his match. 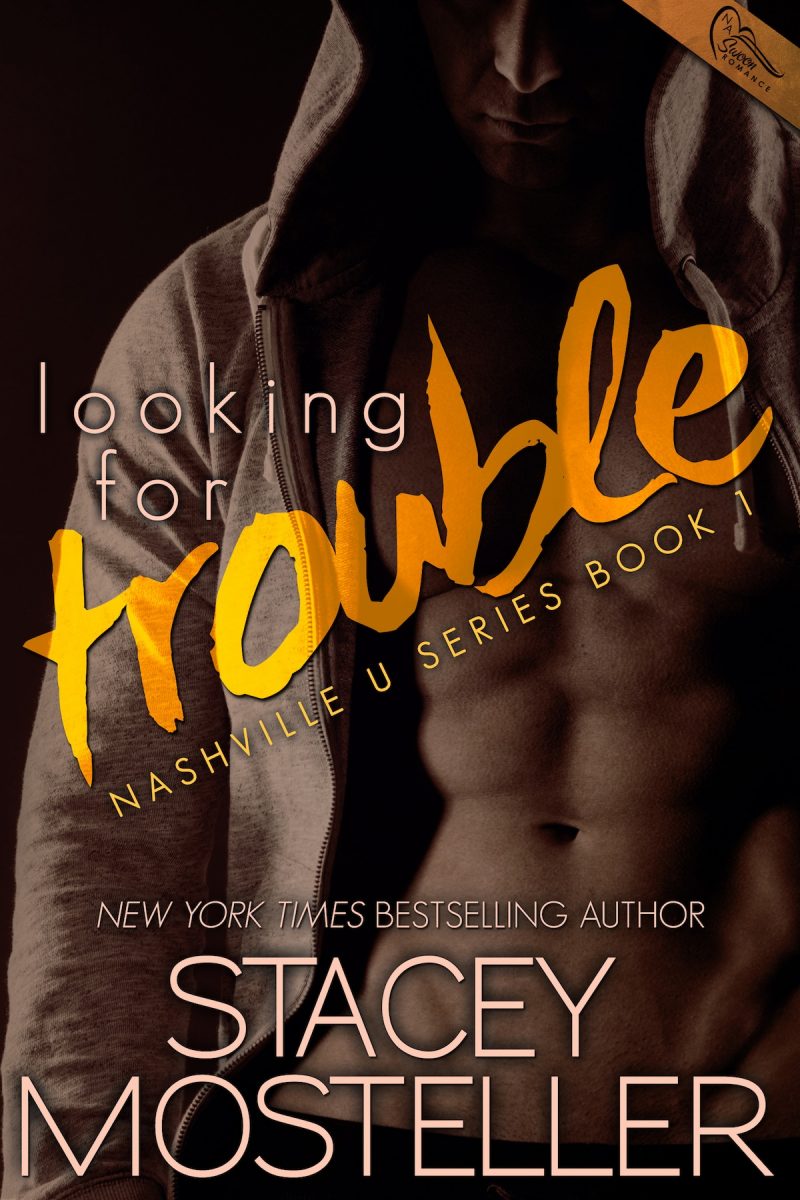 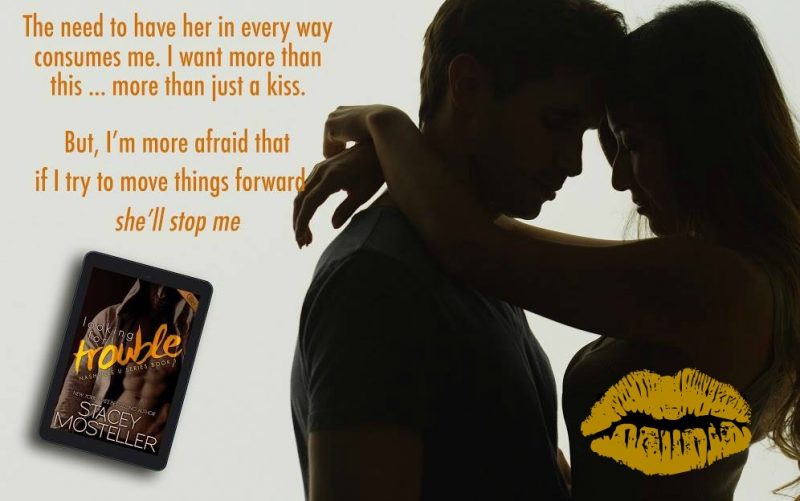 Everyone in the apartment is awake when I get back from dropping Kat off. Emmett is on the couch playing Madden and Max is in the kitchen with Sophie making something to eat. Well, I guess that answers last nights question. When Max sees me, he grins. “Where’ve you been? Taking home last night’s guest?”

He doesn’t have a clue. Max was already in his room, I guess with his girl, when I brought Kat inside. I don’t answer, and Max being Max, he doesn’t let it go. “C’mon man,” he cajoles. “You gotta tell us who the girl was.” He turns to Emmett and tries to pull him into the conversation. “Right, Em? Shouldn’t he tell us?”

Emmett doesn’t acknowledge him. I don’t have time to worry about it though, because Max’s girl chimes in. “Maxie, leave your brother alone.” God, her voice is annoying. I’m talking nails on a chalkboard, migraine-causing annoying. She puts a hand on Max’s arm, running it up and down in a soothing motion as she goes up on her toes to say something in his ear. It’s low enough I can’t hear it, but based on the way his eyes widen before he glares at me, I can guess.

“Kat? Kat is the girl you took home?” Before I can tell him she just slept here, alone, he moves Sophie out of the way and gets up in my face. “What the fuck, bro? Kat hates you. How’d you get her to agree to that? She never would’ve come with you willingly.”

His implication gets my back up. Now I’m pissed. I shove him backward, but he’s not as easy to push around now, so he doesn’t go far. This time, I’m the one who’s up in his face. “First of all, fuck you. I don’t have to get a girl drunk to get laid.” Max narrows his eyes, but I don’t let him say anything. “Second, if she was here for that—and I’m not saying she was—it would be none of your goddamn business. You’ve made it pretty clear you don’t think of her that way, so don’t you fucking dare put that shit off on me.”

“Then why was she here? You can’t make me believe she did a complete one-eighty and suddenly she’s all about your dick. Kat’s better than that.” I know full well I can be an asshole, but I’m nowhere near the person he’s acting like I am.

What a douchebag. “Man, for someone who’s supposed to be such good friends with her, do you know her at all? Even a little?” I step closer, to the point we’re almost nose to nose. Or, we would be if he wasn’t two inches shorter than me. “Your girl Kat, she got drunk off her ass. Drunk to the point she passed the hell out. I couldn’t find her roommate and her phone was missing, so I brought her here to sleep it off.” Max backs down, but I’m not finished. He takes a couple steps back, and I throw my hands out at my sides. “What would you have me do? Call her parents? Her sister? You?” I scoff. “Obviously, you were otherwise occupied, so that wouldn’t have worked.” Now, I’m the one backing up. I’m disappointed as hell in my little brother.

“Not that I owe your ass an explanation, but she slept in my bed. I slept on the motherfucking couch. Alone.” Throughout this entire conversation, Emmett hasn’t moved. That pisses me off more because all those times people were giving him shit about Livvie, I had his back. Even when I didn’t agree with him, I took his side. And now? He’s just watching the show. “Fuck this. Fuck you. I’m out.” I slam the door to the apartment when I leave and stomp down the stairs to my car. 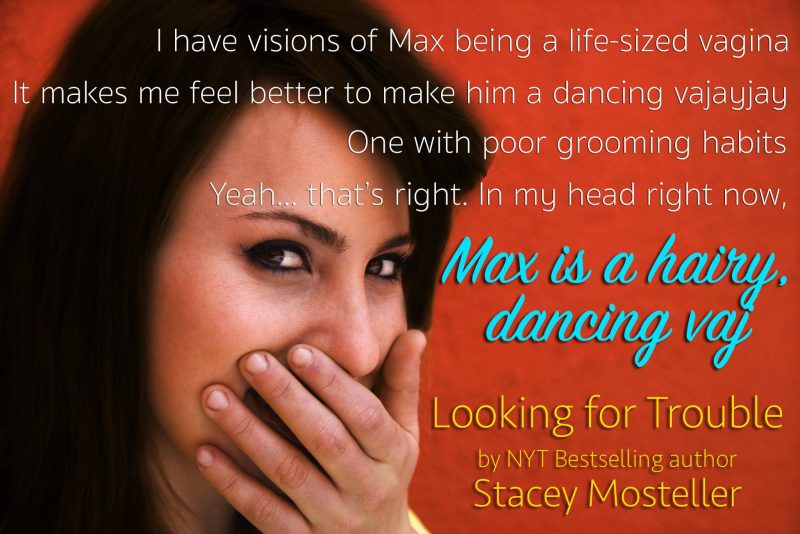 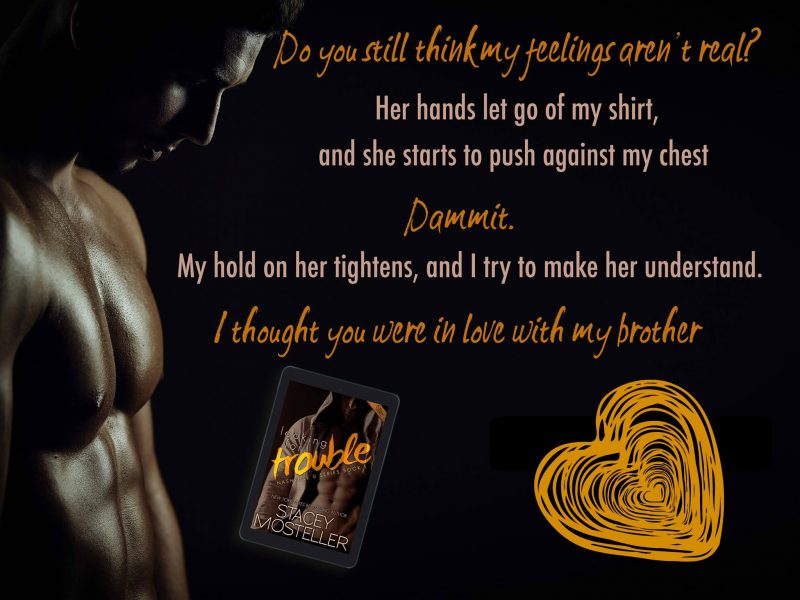 Stacey is the New York Times & USA Today Bestselling Author of Second Chances and Shadows of the Past (co-authored with H.M. Ward), the Nashville Nights, Two Sisters and Nashville U series (coming late 2015 from Swoon Romance).

She is also a wife, mother, writer and self-professed bookwhore – not necessarily in that order! As the mother of three growing boys, her Kindle has become her temporary escape from the insanity of boys, dogs and her husband. Stacey can usually be found curled up with her iPad when she’s supposed to be writing or creating endless Spotify playlists!