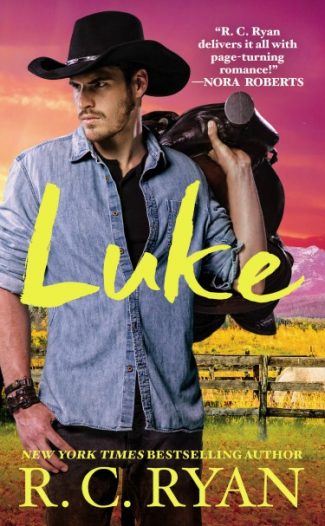 In the New York Times bestselling tradition of Linda Lael Miller and Diana Palmer, comes the second book in RC Ryan's new series about the Malloy brothers, Montana ranchers who find love while uncovering the dark secrets of their past.

Wild. Reckless. Stubborn. That's Luke Malloy in a nutshell. The solitary life of a rancher and the untamed Montana wilderness make him feel alive-and nothing will ever change that. Not even being thrown from his horse and forced to accept a stranger's help. The fact that this stranger is a beautiful blonde with a passion for ranching that rivals his own doesn't hurt. But there's a secret she's hiding, and Luke won't rest until he uncovers it...

Ingrid Larsen doesn't need anyone's help. Not with managing her family's ranch. Not with raising her little sister. And certainly not with the mysterious incidents occurring on her property. When this too-sexy-for-his-own-good cowboy needs a place to recover, she hopes he'll be in and out in no time flat. But just as she's beginning to trust Luke's promise of protection, Ingrid's secret threatens to tear them apart.

Series: The Malloys of Montana #2 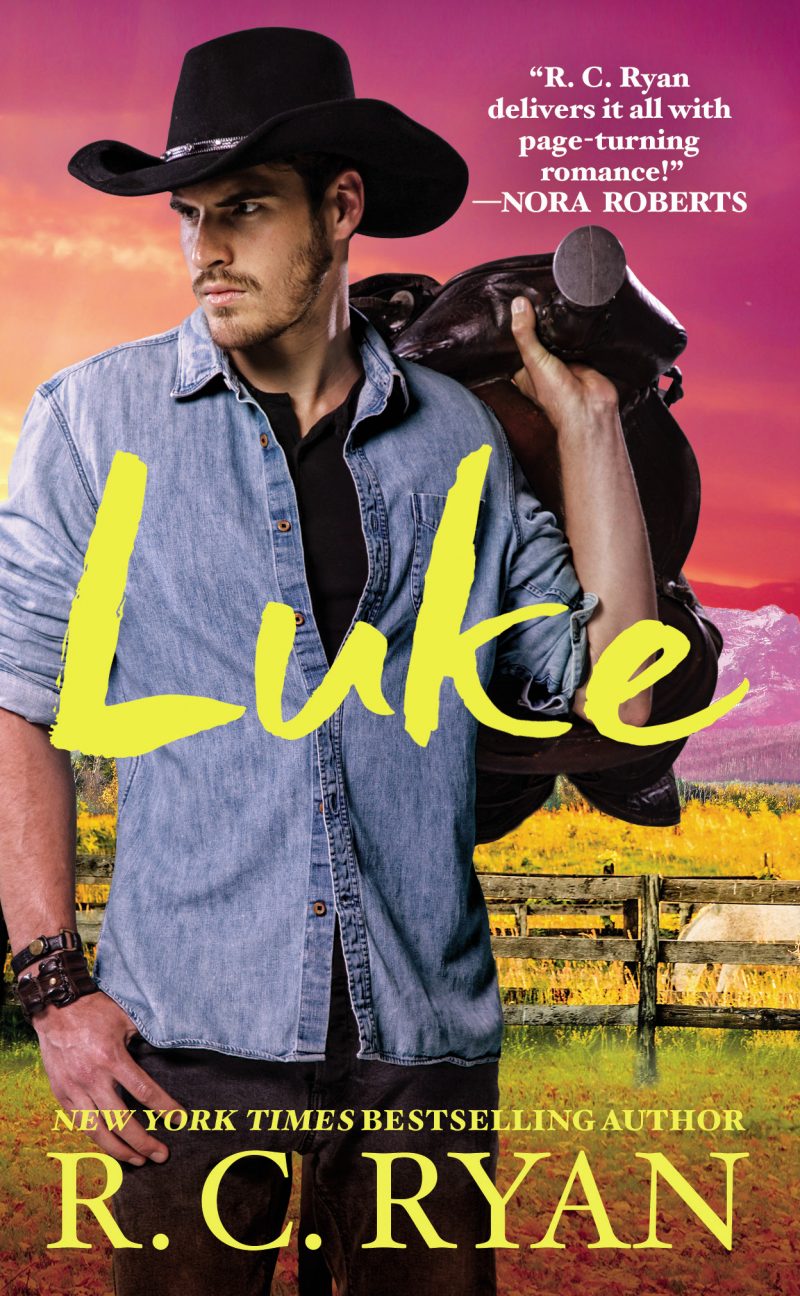 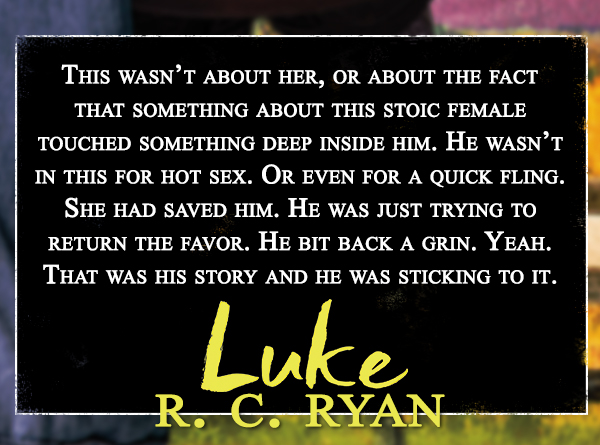 Luke lifted a hand to the corn silk strands dancing around her cheeks.

At once her smile fled and she jerked back. “Don’t. I told you before. I’m not Nadine.”

His eyes narrowed on her. “For the record, there’s noway I’d ever confuse you with your mother.”

“Then don’t try playing those games with me.”

“What games are we talking about?”

“You know exactly what I mean. All those sexy moves.”

“Really? Sexy?” He was grinning as he reached a hand to her hair. “Like this?”

Her chin came up. “If you want lots of hair, reach for Nadine’s.”

“Is that why you chopped yours off?” He allowed a silken strand to sift through his fingers. “To prove a point?”

“Well, aren’t you the brilliant observer. For the record,there are a lot of things Nadine does that I refuse to do. I don’t bother with makeup. And—”

“—and you try to hide your gorgeous body under this bulky shirt.” He fingered the rough collar. His smile was quick and charming. “I’ll let you in on a secret. It’s not working.”

She slapped his hand away. “Stop trying to be clever.I know what I am. I’m a rancher who’s struggling to stay on the land I love. A big sister working overtime to raise Lily to be the best she can.”

“You forgot the most important thing. You’re a woman.” His voice lowered to a near growl. “Maybe you’d like to forget that, but it’s impossible for me to overlook the fact that you’re not just a woman, but a gorgeous, amazing, very independent woman.”

She actually gasped as he leaned close.

“Just so you know, I’m going to kiss you, Ingrid.” His arms came around her and he gathered her close.

He’d known her lips would be soft and inviting. Had known it from the first time he’d looked at them. But he wasn’t prepared for the taste of her. Sweet, yet tart. So strong, and yet he could feel the way her breath hitched, alerting him to her unease.

All woman, and yet fighting it. She kept her hands at her sides, refusing to give him any encouragement.

“I won’t do anything you don’t want me to do. So don’t be afraid.” He spoke the words inside her mouth.

“Just for a moment, Ingrid, let yourself enjoy something.”

She responded with a soft purr in the back of her throat. For the space of a heartbeat he could feel her relax in his arms as she gave herself up to the moment.

A burst of heat shot through Luke’s veins. His heartbeat was thundering, keeping time with hers. He changed the angle of the kiss and took it deeper, until he could actually feel the fire.

The ground tilted beneath his feet, and he knew he was losing control. He hadn’t meant to take it this far. None of this had been planned. He’d merely wanted to kiss her and tease her a little. But now, too late, he realized that one taste of these lips would never be enough. 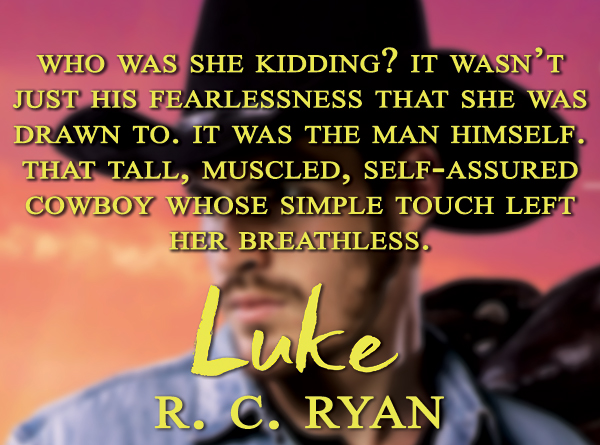 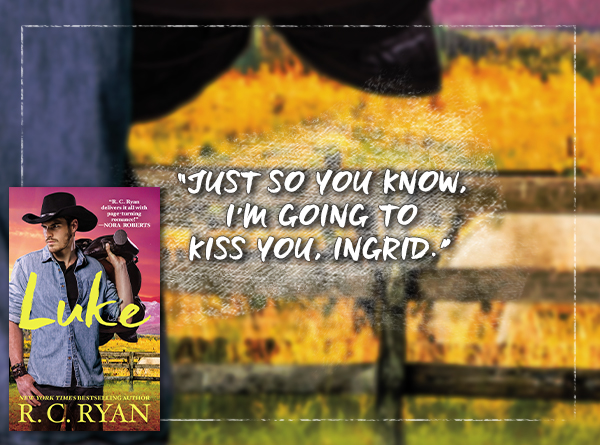 Matt (The Malloys of Montana #1) 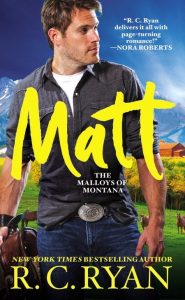 Wild Horses Couldn’t Drag Him Away From Her

Raised beneath the big Montana sky, Matt Malloy was never meant to be a jet-setting businessman. But he’ll do anything to protect the family ranch he shares with his brothers. Coming home after a two-week trip to Italy, Matt wants nothing more than to shed his suit and tie for a well-worn pair of jeans and ride his horse up to the cabin for some alone time. The last thing he needs is a big-city lawyer invading his privacy-even if she is the most beautiful woman he’s ever seen…

Vanessa Kettering has devoted her life to her work. As a passionate animal rights defender, she doesn’t have room for anything else. But from the moment she meets Matt, she’s taken with this rugged cowboy’s lazy smile and tender touch. When a raging storm traps them inside his cabin for the night, one steamy kiss leads to another, sweeping them away with a force that’s as wild and untamed as the land he loves. But when the morning light comes, will she lose her heart? 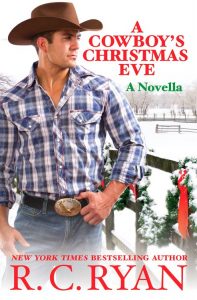 Colin Malloy enjoys spending Christmas with his family at the Malloy ranch. But this holiday, what he really wants to do is to get closer to the alluring Dr. Anita Cross. So when a blizzard conspires to keep her from joining the Malloy family’s festivities, neither snow, sleet, nor spun-out cars will prevent Colin from reaching her side.

As the new doctor in town, Anita is wholeheartedly devoted to her patients. So when a little boy needs her on this snowy night, she doesn’t hesitate to care for him and send him home in time to spend Christmas with his family. An evening with a certain sexy cowboy will have to wait-or so she thinks. When a breathless Colin Malloy shows up at her clinic, Anita finds her cold, lonely night quickly heating up. And no crisis or well-meaning relative will stop them from making this a Christmas to remember… 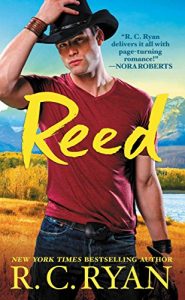 In the New York Times bestselling tradition of Linda Lael Miller and Diana Palmer, comes the final book in RC Ryan’s heartwarming series about the Malloy brothers, Montana cowboys who find love while uncovering the dark secrets of their family’s past.