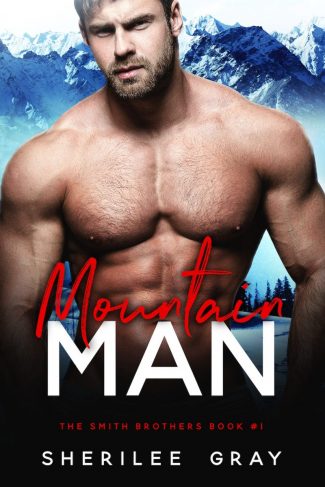 Hank Smith saved my life, carrying me through a blizzard to his mountain cabin. He doesn’t like strangers, and he doesn’t like leaving his sanctuary. Now I’m trapped here with him until the snow melts.
I see him looking at me. He tries to hide behind a gruff exterior, but I see the longing and the heat burning in his eyes. I know he wants me, and I can’t resist him. I want to feel those big, rough hands all over my body.

But once he’s unleashed his raw, barely tried desire on me, will I be able to leave my mountain man behind, or will he make me his? 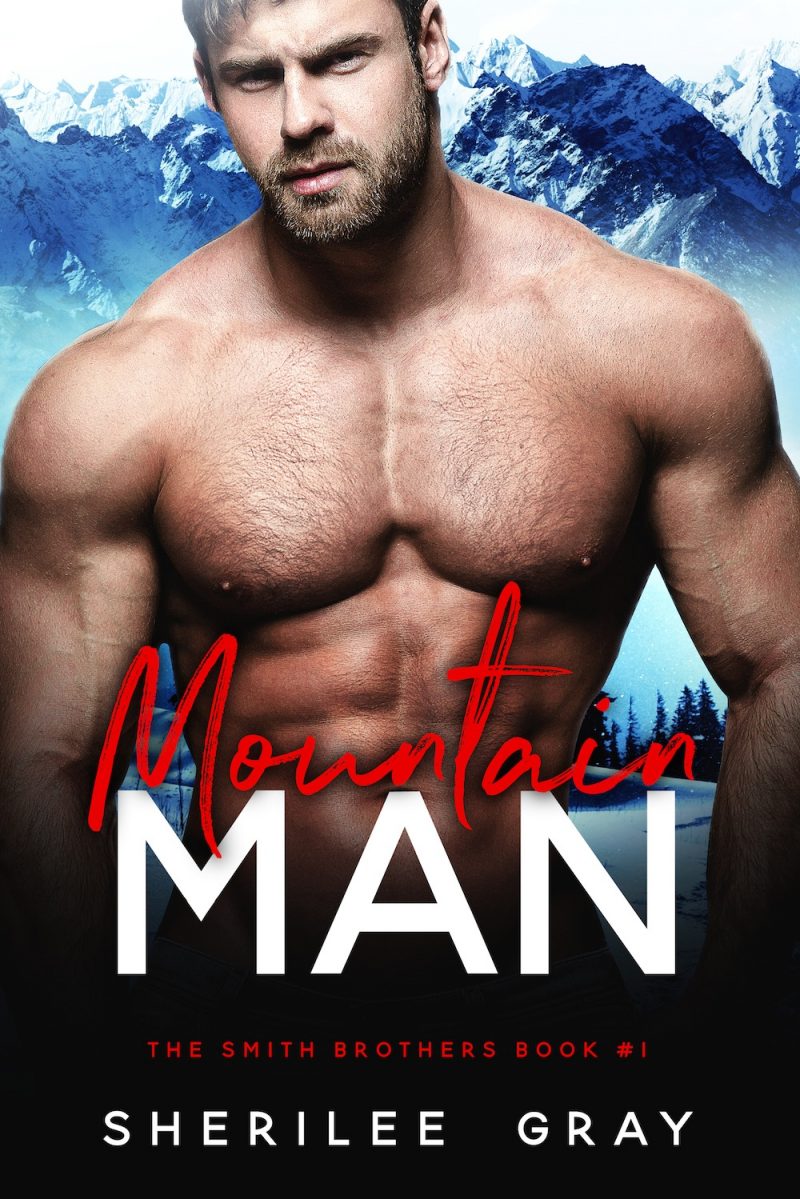 I glanced around. I was in a basic log cabin, the open fire blazing on the other side of the room, and furs on the floor. There were guns leaning against the wall by the door, which was secured with a long, thick piece of lumber that I didn’t think I’d be able to lift even if I could escape my human manacles.

The arm around me was a dead weight. I couldn’t move it. Tears started filling my eyes as panic set in.

Maybe if I slid out from under his arm?

His eyelids snapped open and vibrant blue eyes locked on me.

I screamed, tried to jerk back, and when those monster arms didn’t let me go, screamed some more.

The huge man’s eyes went wide, then he jolted, released me, and shot out of bed so fast you’d think I was the one who’d stripped him naked and crawled in bed with him.

He stood several feet away, hand up, like he was warding me off, or maybe trying to put me at ease? I wasn’t sure how that was possible since I was naked and moments ago he’d been pressed up against me while I was unconscious.

“Who the hell are you and what am I doing here?” I watched as what I could see of his face turned pink.

“Found you…” he said in a voice that was so deep I was sure the ground quivered beneath us. “Unconscious. I brought you here.”

I scrambled up the bed, taking the covers with me, and thanked God when I realized I still had panties on, even as fear coiled tight in my belly. “Why the hell did you take my clothes off? What did you do to me?”

His brows lowered. “Do?”

I clutched the covers tighter to my chest. “I’m practically naked, and you were all over me.”

He took an abrupt step back, his heavy brows now shooting up, eyes widening, in what I could only describe as alarm. “Woman, you were close to death. Only way to warm you back up quick was body heat.”

I’d heard of people doing that before, hadn’t I?

I took him in.

He was the giant fur-covered beast walking toward me through the snow before I passed out.

My eyes dropped before I could stop them.

Good God, he was huge.

I’d never seen a man like the one in front of me in all my life. He was taller than the door he was standing in front of, massive everywhere—thick, sold thighs dusted with dark hair, long legs, bulging calves. His chest and shoulders were wide, his waist thick, his stomach roped with muscle. One of his biceps was easily as big as one of my thighs, and that was saying something, since I wasn’t at all what you would call petite. My gaze slid back down. One of his enormous hands was covering his groin, or trying to anyway.

He made a low, broken sound, and my eyes shot back up to his. His face wasn’t pink anymore; it was fire-engine red.

“Can you…ah, put some clothes on, please?” My voice came out as a raspy whisper.

He jolted again, like he only just realized he was standing there completely naked. He turned away, flashing a spectacular pair of muscular butt cheeks before snatching up a pair of pants and pulling them on. The fact that I could even contemplate the attractiveness of his butt was insane given the circumstances. I obviously hadn’t fully recovered from my ordeal. 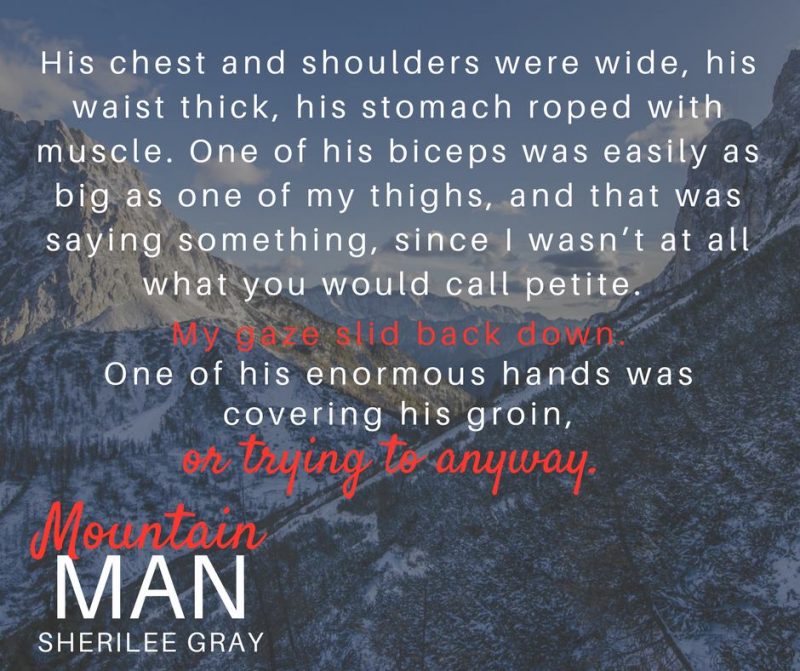 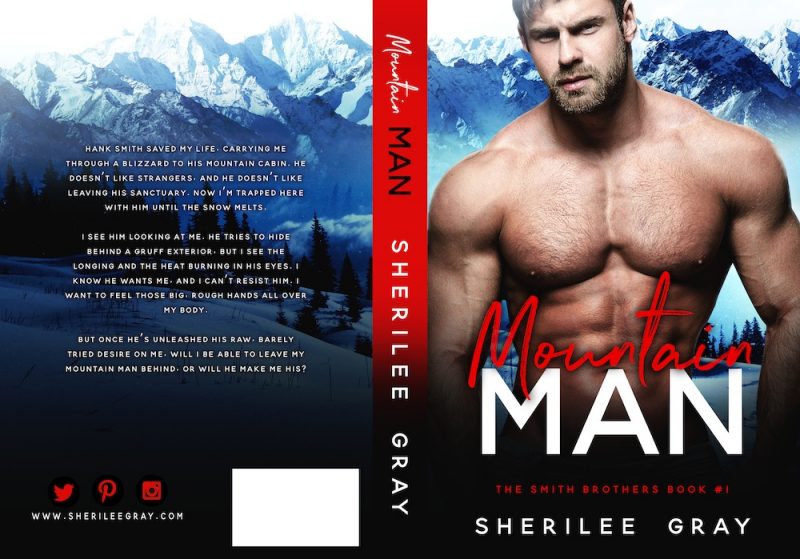 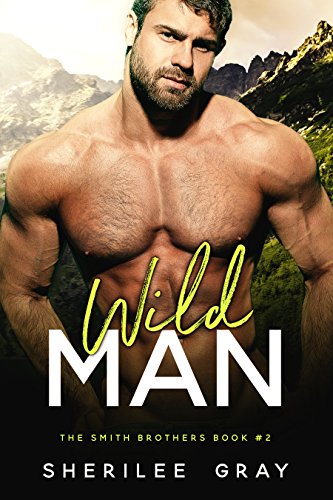 The first time I saw Beau Smith’s face, I fell for him…hard. There’s just a few tiny problems. He lives wild. I’ve never left the city. He wants a wife who can handle his harsh world. I just want him.

He’s been burnt in the past, and he won’t let me in easily, but there’s no denying the spark between us, so intense it could set the woods on fire. And with every hot and dirty night we spend together, I can feel his walls crumbling.

But once he realizes I’m not what he signed up for, that I lied to him about who I am—will he still want me, or will I lose my wild man forever?