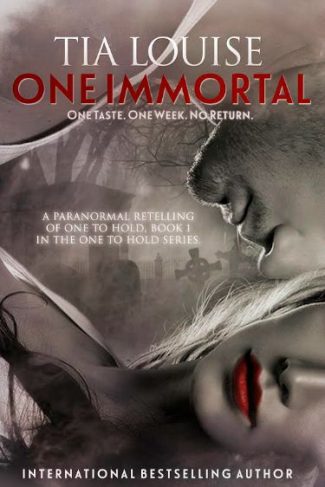 Derek Alexander left the military intending to become a private investigator, but with two powerful shifters as partners and an immunity to vampire glamour, he instead rose to the top in paranormal justice.

At a bar on Bourbon Street, Derek and Melissa cross paths, and their sexual chemistry is off the charts. Acting on their feelings, they are pulled deeper into an affair, but Melissa is hiding, hoping to escape her cruel maker.

It doesn't take long before the shifters uncover her secret. Still, Derek is determined to confront the Old One and reclaim her mortality—even at the risk of losing his.

A standalone paranormal romance with an HEA based on characters from the One to Hold series. Contains voluptuous vampires, alluring alpha military heroes, scorching-hot shifters, beguiling witches, and panty-melting sexy times. Keep the fans nearby... Readers 18 and older only, please.

Check out this Halloween Treat from Tia Louise!

A standalone paranormal romance, based on One to Hold, Book #1 in the One to Hold series. 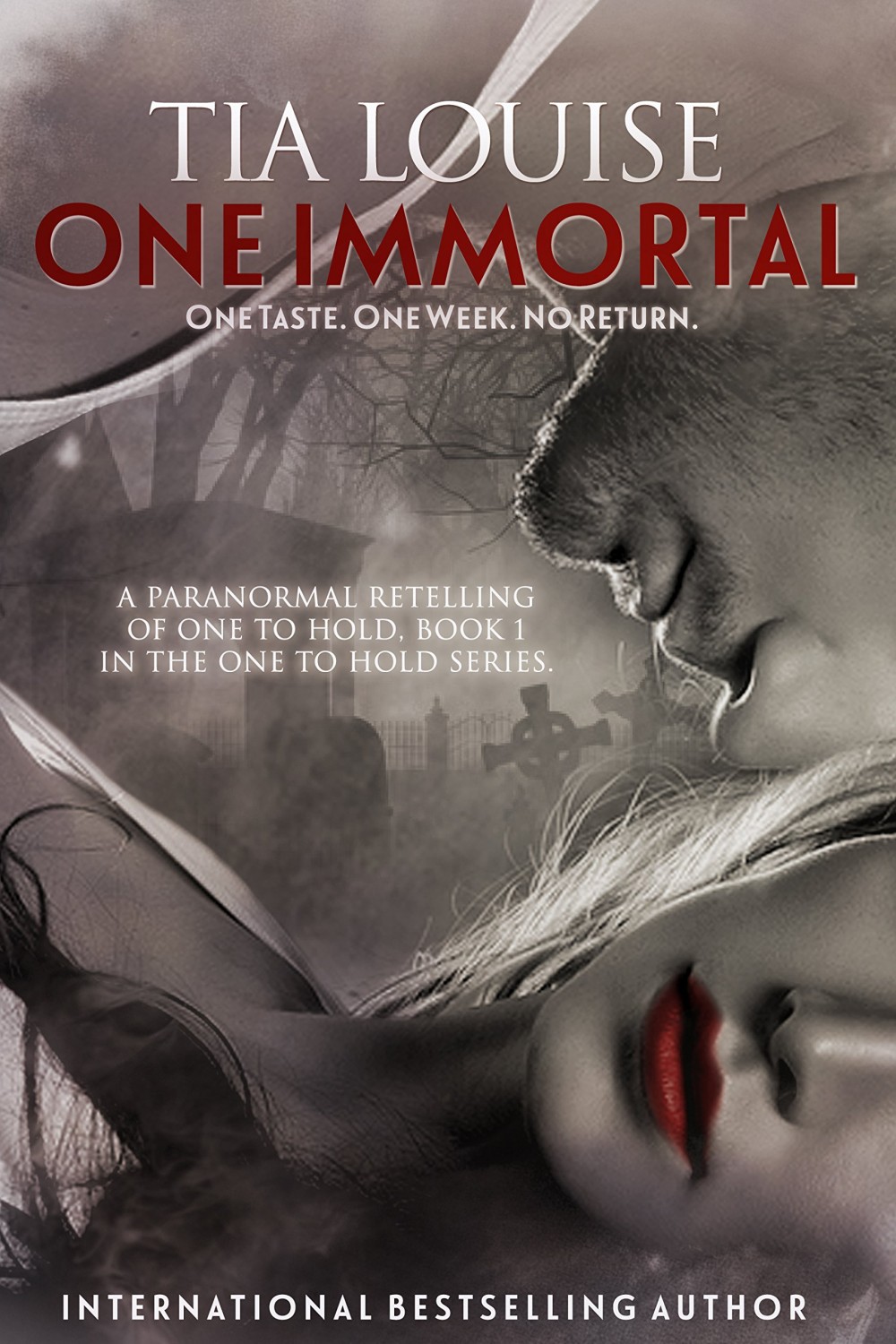 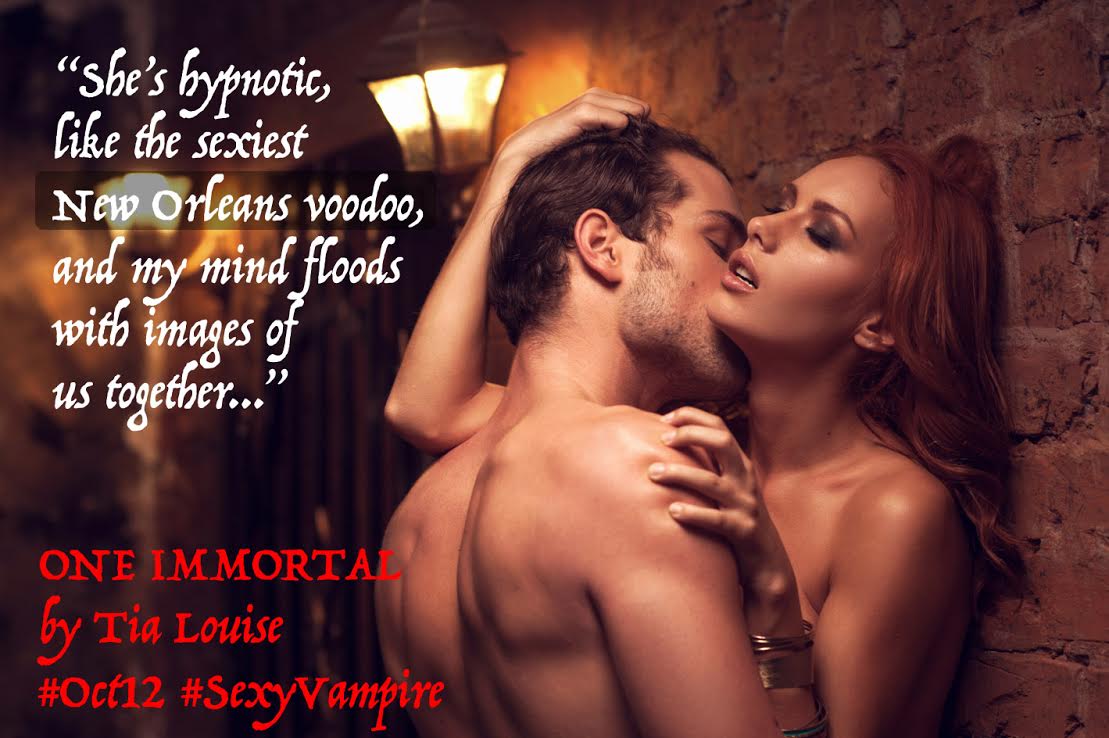 Check out the Pinterest inspiration board for One Immortal! 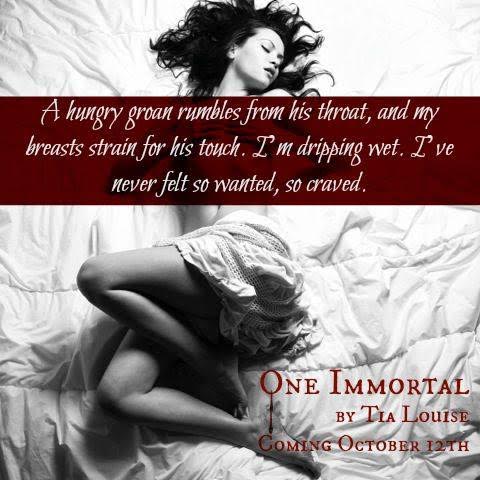 Listen to the Spotify playlist for One Immortal! 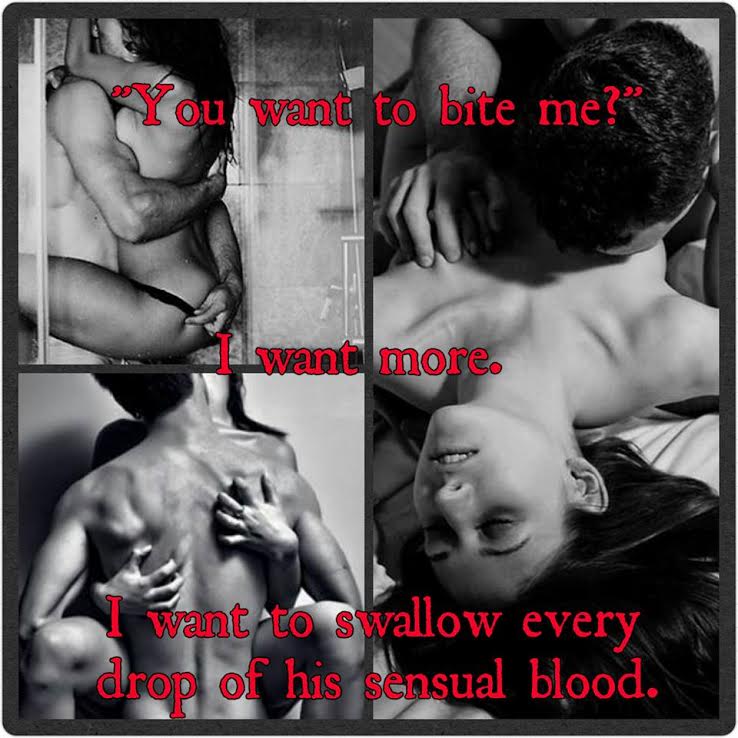 Derek’s eyes are on my mouth. I’m breathing so fast, I can see my chest rising and falling as he slams my body against the wall. Pinned again, he looks hard into my eyes before claiming me roughly, forcing my lips apart, and finding my tongue.

A little noise squeaks from my throat. I don’t know why he’s treating me so roughly. I grasp his shoulders, following his movements with mine, hearing his heart beating faster like mine. His blood heats in my veins and moisture pools between my legs. Even frightening and angry, I want him so much.

Without speaking, he takes my hand and leads me to the bed. He lifts my wet dress over my head and steps to drop it in the empty tub, pausing a moment to quickly discard his own wet shirt and jeans. I watch him mesmerized as he takes an oversized towel off the ledge and returns to me. He’s gloriously nude, the low light deepening the lines on his chest and stomach, his enormous cock fully erect.

Touching my hair with the towel, he gives it a few squeezes then spreads it on the bed behind me. Anger mixed with desire is in his eyes. He lifts me and pushes me onto my back then grips my thighs, shoving them open. Immediately, he begins to kiss and lick my center. His soft lips and velvet tongue move slowly over my clit as his beard scrapes the delicate skin of my legs.

“Derek!” My cries join the low growl coming from his throat as heat rockets through my pelvis down to the arches of my feet. Adrenaline is so high in my veins I start to come.

“Oh, god!” The tingling sensation spreads over my gums.

My mouth! He has me trapped on my back against the mattress, his strong arms looped around my legs, large hands holding my hips.

“Derek!” I pull his hair, trying to twist away, to turn my body so he can’t see me, but I’m trapped.

He lets out another low growl, the vibration right against my clit, and he gives me a sharp suck. It’s too late. The muscles in my core tighten irresistibly in response to him. His blood in my veins magnifies everything about him, making him a drug to me. My back arches involuntarily as my teeth shoot out.

“Aaaah!” I let out a long wail, my eyes squeeze shut, and I come hard and shuddering on his mouth, unable to stop the ecstasy.

He doesn’t waste a moment. He’s up and plunging deep between my thighs just as fast, not waiting to see what I’ve become. Both of my wrists are clasped firmly over my head in his iron grasp as he surges on, harder, deeper, groaning as his rocks into me again and again. The friction of him stretching and filling me shudders my body with pleasure. His eyes are closed as he makes his final thrusts again and again as his orgasm reaches its crest.

“Melissa,” he groans low as he comes, pulsing in me, holding me down.

I’m trapped beneath him, tears filling my eyes, uncertain what all of this means or what happens now. He saw what I am, but he didn’t pull away. He held me, watching me writhe in desire and agony, as if he knew what would happen.

Oh, god. A wave of dread tightens my stomach at the thought. He knew what would happen. He knows what I am.

His head drops onto his forearm, but he’s still inside me. I wait until he finally lifts it, again. His eyes linger on my mouth a few desperate moments before he looks straight into my eyes.

He’s so beautifully mouth-watering. Sweat mingles with the rain on his cheek, and a little drop runs into his beard. I know my eyes darken at the sight of him. A whimper escapes my chest as the irresistible hunger burns in my throat.

His brow lowers. “You want to bite me?” 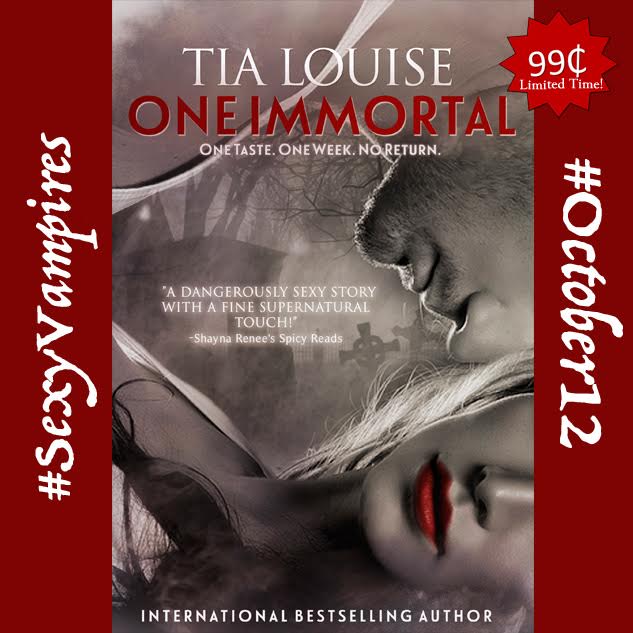 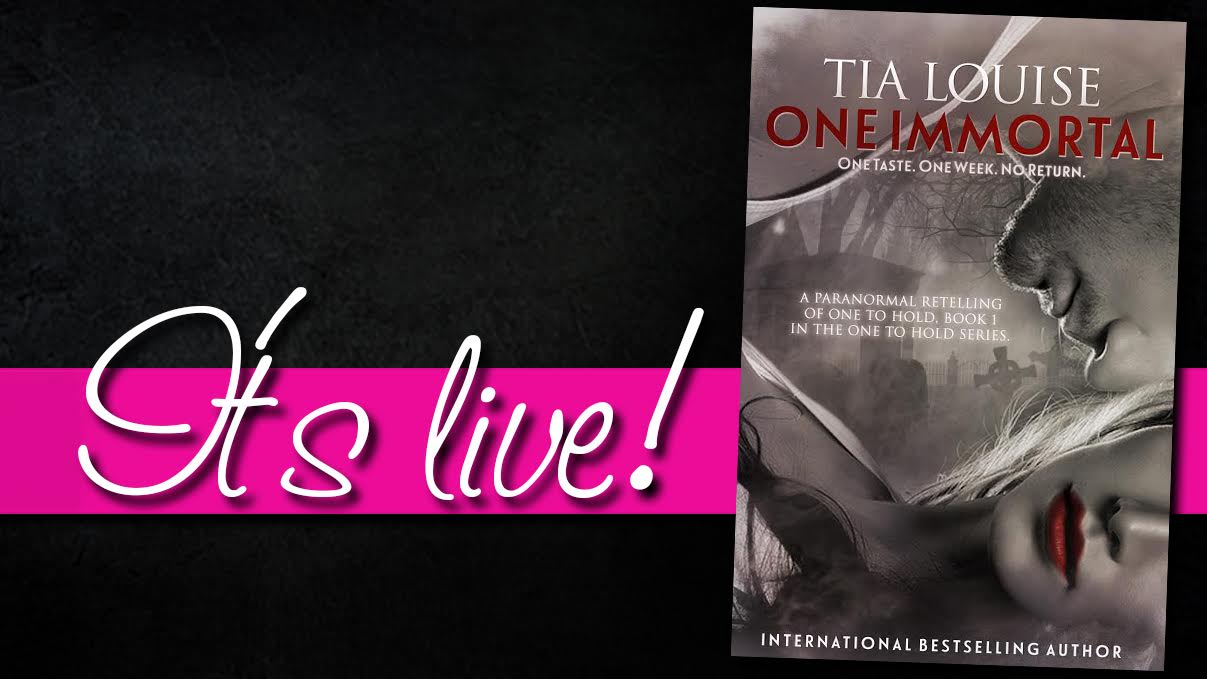