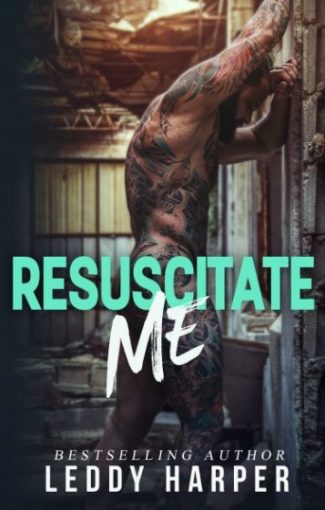 Suffocating
I never knew I couldn’t breathe,
Until he forced air into my lungs
Gave me reason
Showed me life.

Carter Hastings was only supposed to be a fling,
A summer of fun, excitement, pleasure
And, it was...
Everything.

It’s hard to walk away,
To leave the one man,
Who resuscitates me.

But I did.
He didn’t reciprocate my feelings.
He didn’t love me.
Not now.
Not ever. 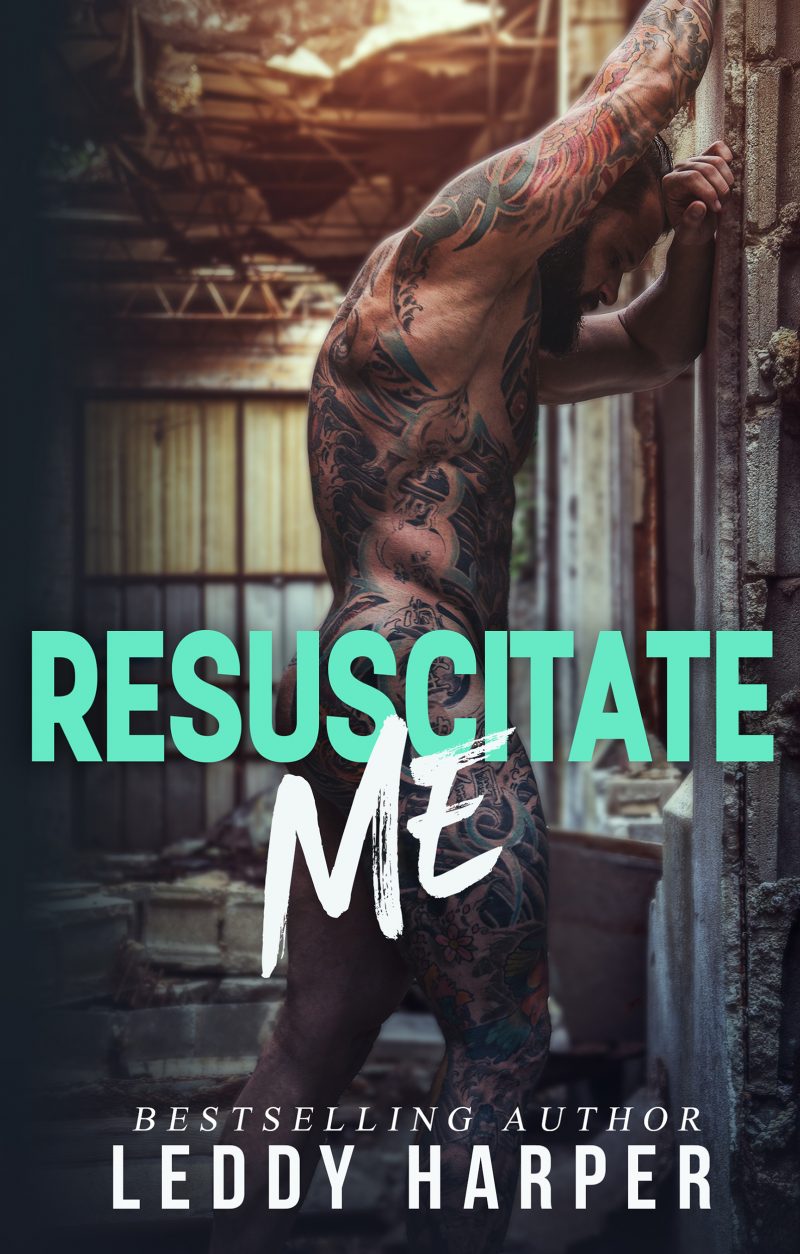 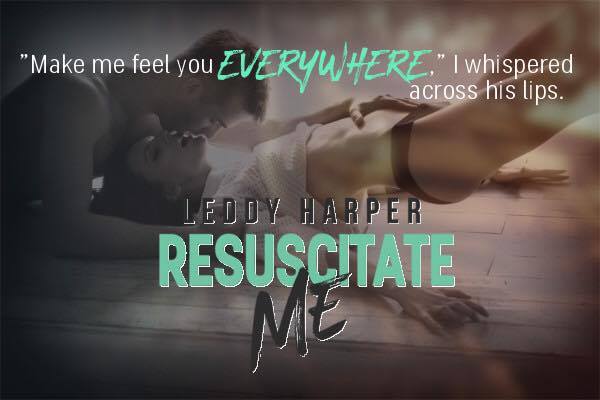 “Let me see how much you can bench-press.”

Carter shied away, his smirk brightening his cheeks. “Nah. I’m not dressed to lift weights in jeans and a polo.”

I thrust out my lower lip and batted my lashes at him. The wine eliminated my nervous inhibitions, making it easier to flirt. “Please? You don’t have to lift much. I just want to see it. I think it’s the sexiest thing in the world.”

His tongue swept across his bottom lip seconds before his perfect row of top teeth clamped onto it. The bristles of his beard shifted just below his mouth. My breathing slowed as my attention zeroed in on his actions, wondering what he tasted like. Wondering what it would feel like to have him bite me with those teeth.

A bomb could’ve gone off in the room and I wouldn’t have noticed.

“I’m not adding weight to the bar, so you’ll have to use your imagination.” He strutted over to the bench and straddled it before lowering himself into position. As his eyes locked on mine, he lifted one side of his mouth, and the entire room became stifling with the heat of my desire.

His thick fingers wrapped around the bar above him, and in one swift movement, he lifted it out of the resting grooves. He slowly lowered it to his chest, never taking his eyes off mine, and then raised it high above his head. Even without weight disks, it was sexy as hell. I could’ve watched him for hours, but my feet decided to take control and lead me to him. He continued the motions of working out effortlessly while tracking my movement.

Without the wine at dinner, I probably would’ve given him a compliment and then let him drive me home. But I did have wine. Three glasses—maybe it was four. So nothing prevented me from straddling the bench and climbing onto his lap. I sat there with my hands splayed across his tight abs and stared into his deep forest orbs, not once questioning myself why I’d done it. It had seemed like a good idea, so I went for it.

He dropped the bar back into the brackets, but he didn’t pull his hands away.

“They say if a woman sits on a man while he works out, it increases his testosterone, which leads to muscle growth and improves strength.” The confidence in my tone would’ve surprised me had I been sober. However, it seemed to have completely shocked him into silence while he continued to lie there and watch me. “I figured I’d help you out with that…not like you need more testosterone.”

One minute, his fingers were wrapped tightly around the Olympic bar above him. The next, his hands were gripping my hips so hard my bones ached. He tugged me forward a few inches until my pelvis lined up with his. The harsh movement caused me to topple forward a bit, and I had to hold myself up by his pecs to keep from completely falling into his hard body.

“If you want to measure the amount of testosterone in me…” he gritted out through tight lips and clenched teeth. “…then sit right here and feel my muscle grow.” It was obvious his control was in danger of slipping away.

The sweltering air around us constricted my windpipe and left behind a sheen of perspiration on my chest. It polluted my lungs until my breaths were strained and thick, clogged with lust and heady desire. Had there not been a fire kindling between my legs, I might’ve felt the effects of his words brighten my cheeks and scorch the edges of my ears.

Every muscle in my body froze—I couldn’t move. But I didn’t need to, because he used his hold on me to do it himself. His fingertips dug into the flaming ball of nerve endings at the cusp of my back, just before the rise of my ass. He pressed his thumbs into the hollow spaces above my hips as he slowly rocked me against him. Every push, every pull, added friction to my clit through my jeans and had me growing wetter.

Between the sensations of my nerves misfiring and the pressure building low in my abdomen, I dropped my head forward and released a rumbling moan. My lips parted and a wave of pleasure masked in air escaped. I hadn’t realized my eyelids had fallen closed until my posture changed without warning.

My hands gripped his shirt, but instead of leaning over him, I now sat in an upright position with his face close to mine. Humid air billowed against my cheek, turning my skin sticky and unbearably warm from his strained breaths. My fingers found their way to his shoulders where I held on for the ride he provided. No longer were his ministrations slow, but fast and hard. He didn’t just rocket my hips against his, he pushed his hips upward to add even more friction. 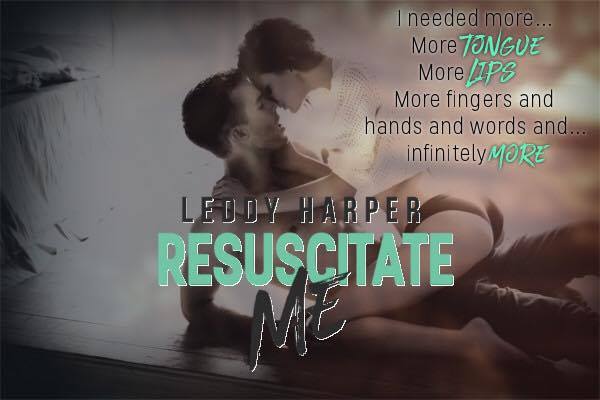 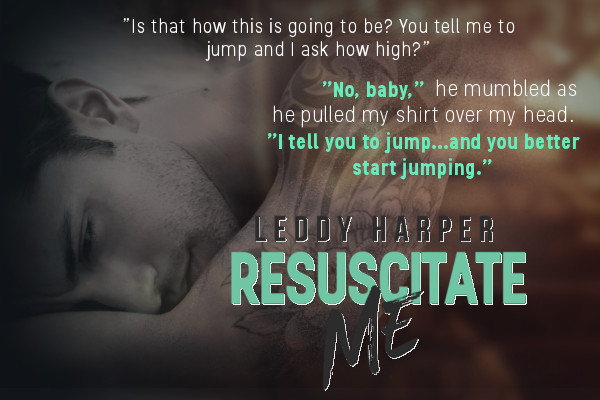