Brooke Harris is an Irish author, Rules of Harte is set in Dublin, with a cast of primarily Irish characters. It is not a violent book but there are questionable amounts of swearing, native sexual slang and explicit sex scenes. Julian Harte is Irish, he thinks Irish, acts Irish and says F*ck a lot. Eva Andrews is not. But she still says f*ck a lot. Please do not read if you are under 17. Thanks so much for taking the time to read this note xx 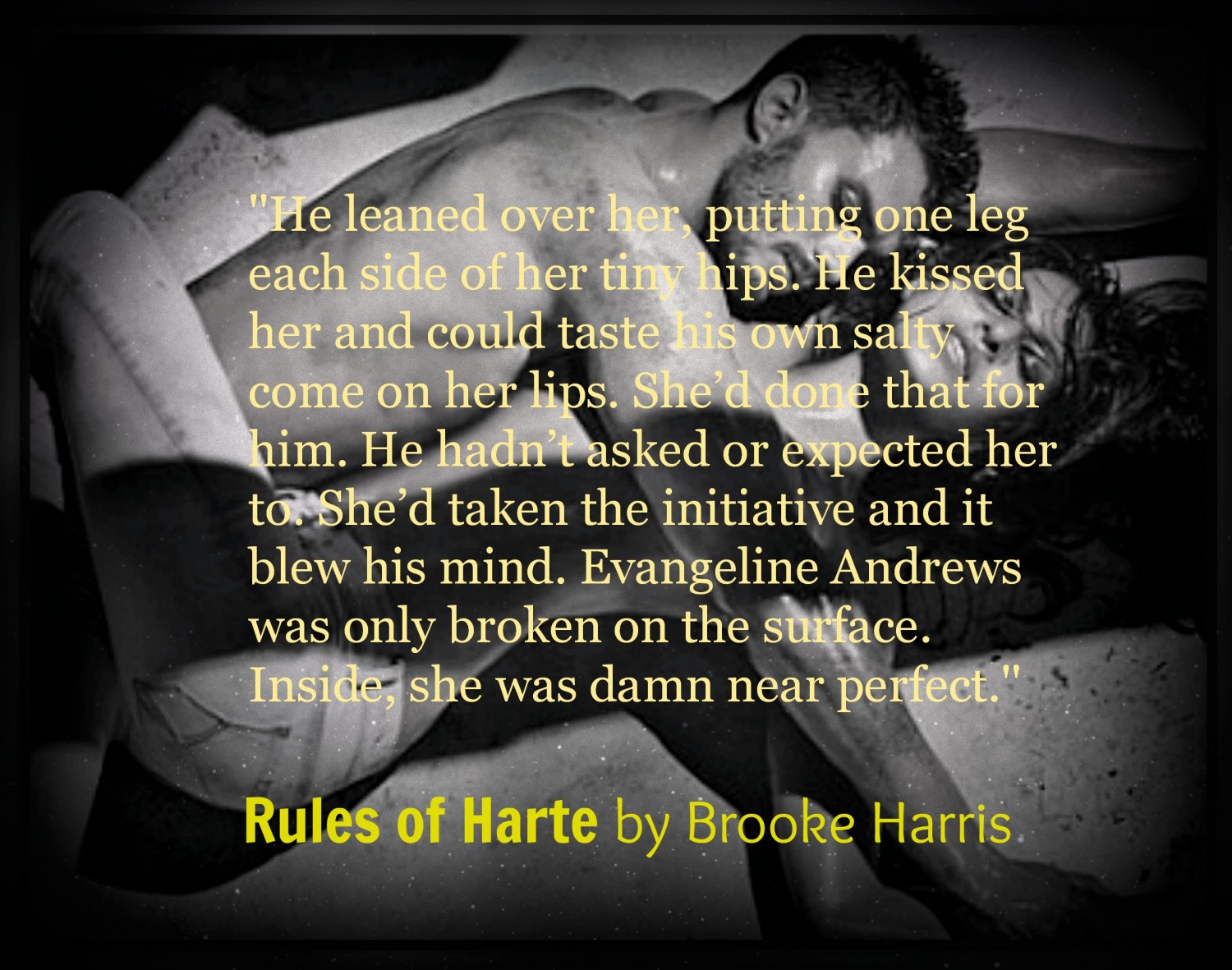 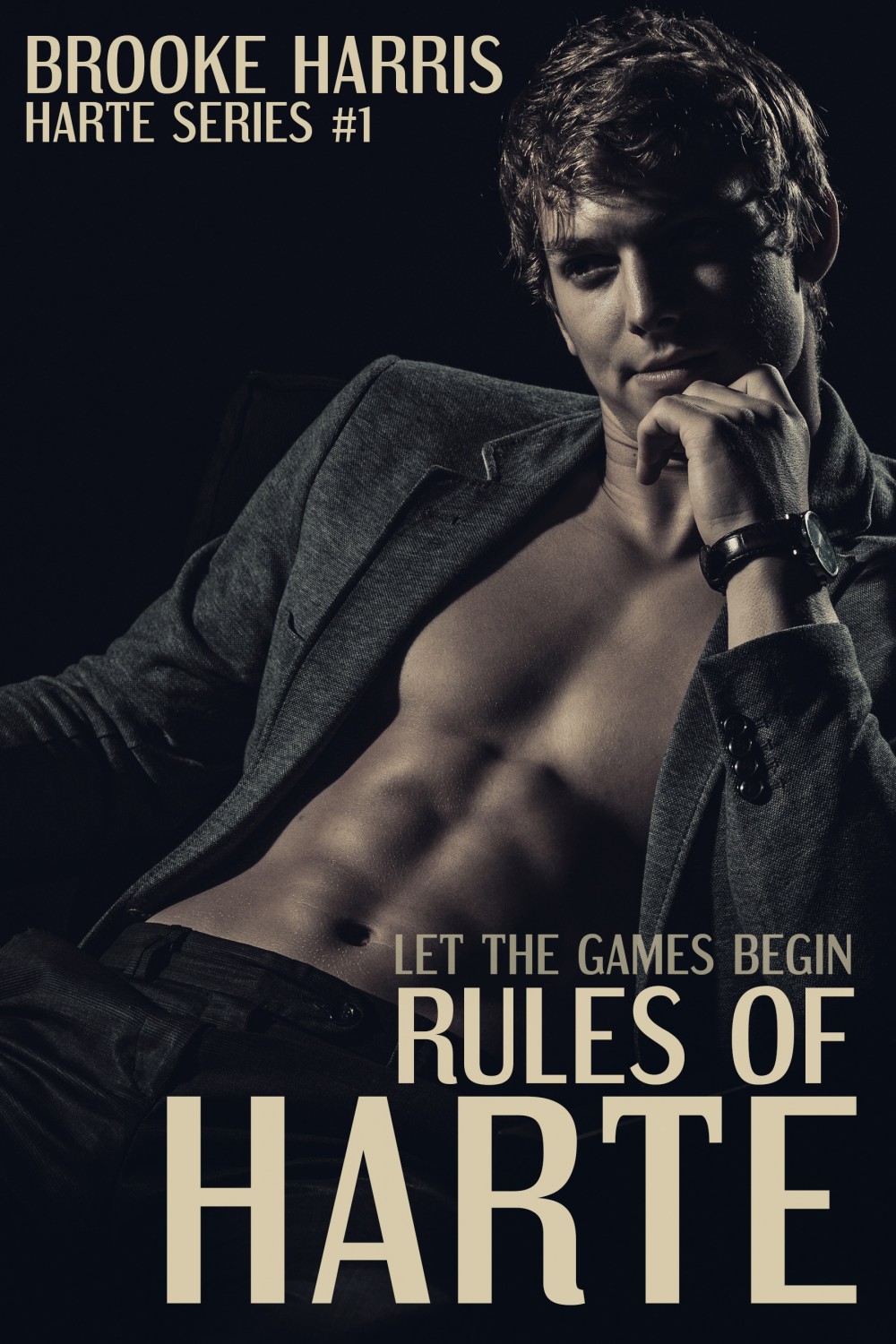 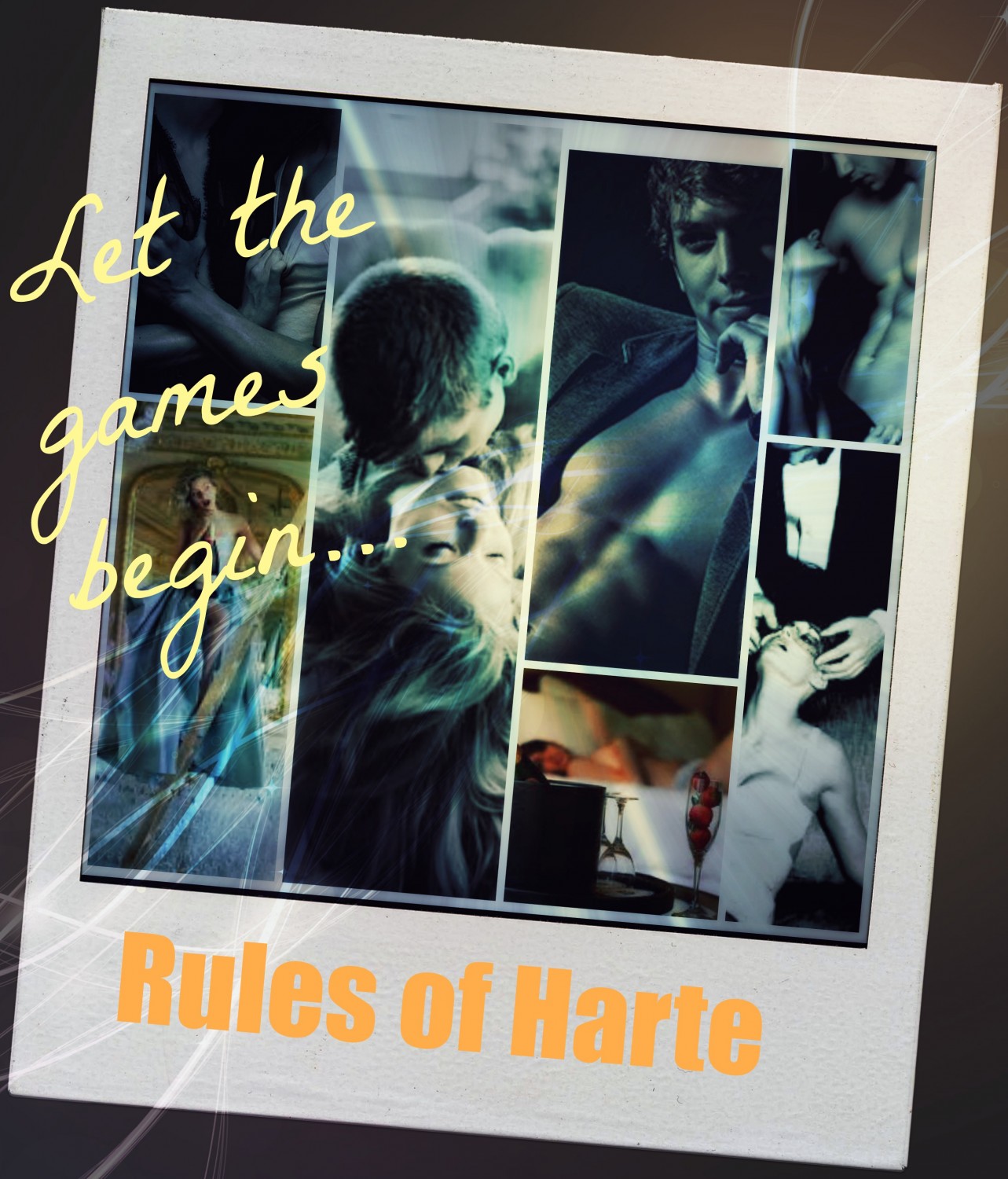 It was just two simple words. Julian had heard them before from lots of different women. But there was something different about this time. He couldn’t quite put his finger on it. This wasn’t the first time he’d bought a beautiful women a beautiful dress. Of course, every woman was excited when he took them shopping. Their faces usually lit up when they saw the price tag, and they could barely contain their excitement when Julian took out his credit card. Eva hadn’t even checked how much the dress was. Julian knew it wasn’t the price that mattered, just the gift itself. It was refreshing and it made him more curious than ever about this amazing woman.

‘Do you like it?’ Eva said, stepping out from behind a curtain. She caught the side of the flowing skirt and swished it from side to side as she spun around. Julian could see a sparkle in her eyes that wasn’t there before. He would buy her every dress in the shop if it would keep that sparkle there.

‘Beautiful,’ he said. ‘But your body is way too delicious to hide.’

‘Here, try this one.’ Julian had spotted a little violet number early that afternoon. Eva in that dress was the first thought that came into his head. Or, ripping that dress off Eva, to be truthful. Either way he wanted to buy it for her.

‘…revealing,’ Eva interrupted, taking the dress from him.

‘I was going to say flattering. Just try it on, please?’

Eva nodded and skipped back to the changing room.

This time she emerged silent and obviously nervous.

Julian exhaled sharply. His cock bulged in his trousers. ‘Fuck. You look amazing.’

Eva lowered her head and fixed a strand of stray hair back behind her ear with shaking fingers. Julian knew she had no idea how stunning she was. He was going to change that.

‘I can’t reach…’ Eva spun around to show Julian the open zip that exposed her whole spine.

Julian sighed hard. It took all his self-control not to rip the dress from her body and fuck her there on the shop floor. 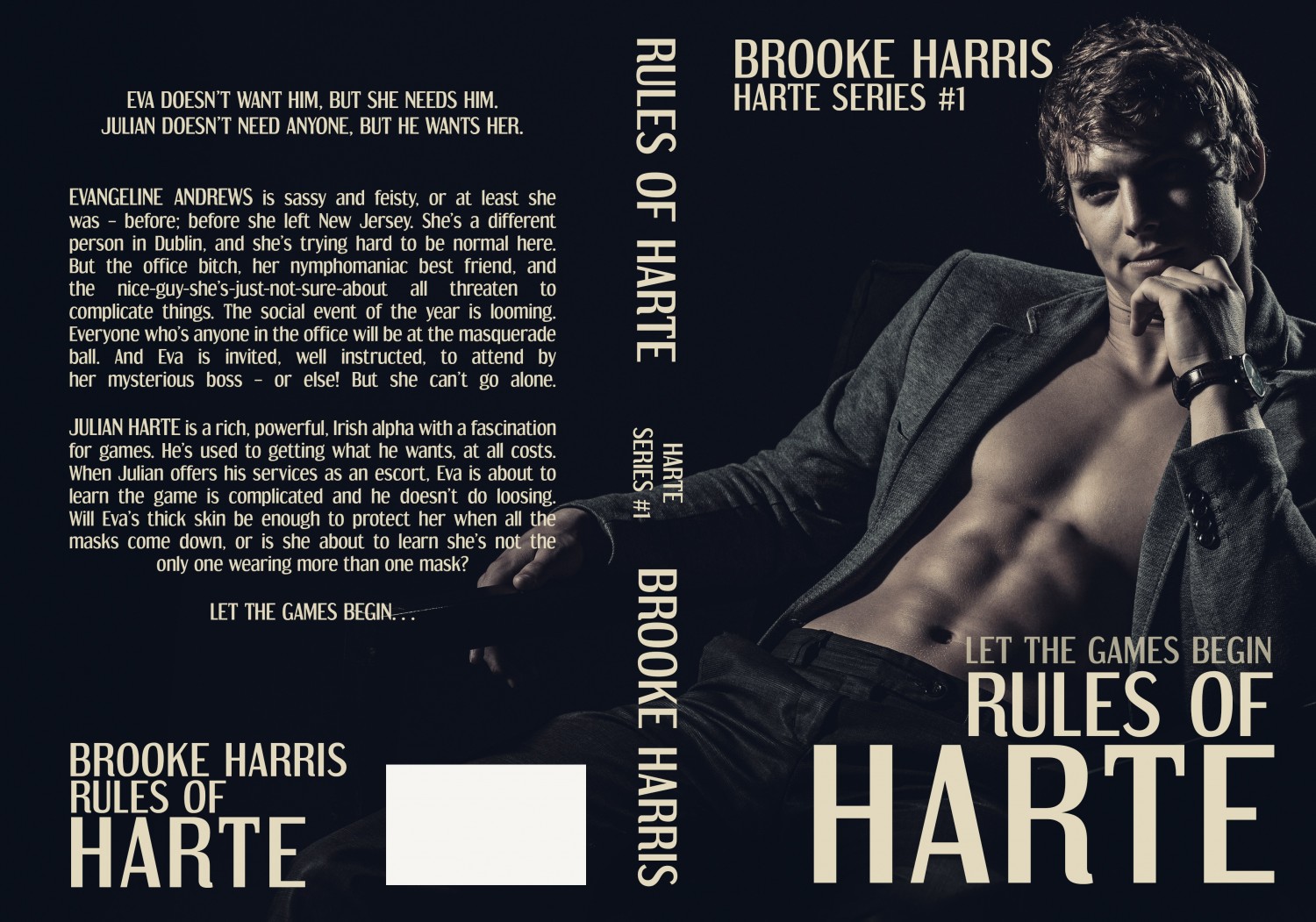 Brooke is from Dublin, and even though she bitches about the weather, she’s proud to have shamrocks in her blood. Anyway, what would she do if she couldn’t blame the rain for a bad hair day? She has too much of lots of things, kids, wine, books and shoes…luckily she loves them all to pieces.Rules of Harte is her debut novel and it’s a little* on the filthy side.*disgracefully

She’d love to hear from you.

Come says hi to Brooke on FacebookOr check out her blog

Release Day Blitz: Someday Soon (Not Yet #3) by Laura Ward