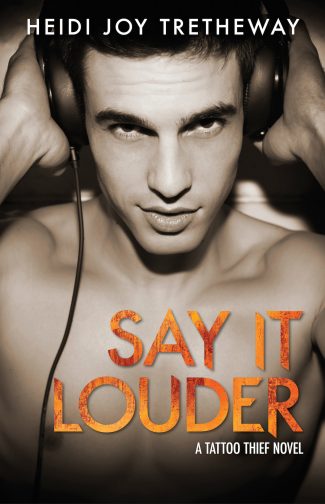 Dave faces an ultimatum—dump his toxic girlfriend Kristina or break up his band Tattoo Thief. But Kristina won’t go quietly. She has enough dirt to ruin each member of the band, and enough on Dave to send him to jail.

This stinking, bloody threat has haunted him for years.

As Dave hangs in limbo, a new star emerges: Willa, dubbed “The Parking Lot Picasso” by the modern art world. When a magazine feature catapults her to sudden fame, Dave helps her cope with the spotlight when all she’s ever known is the shadows.

Life as a runaway jaded Willa, and it leaves her deeply in doubt of her fifteen minutes of fame. Nothing good lasts forever. Especially not love.

It seems like everyone wants a piece of Willa now. When their music and art worlds collide, Dave's the one person who isn’t trying to take something from Willa, and who might have something to give.

As Dave’s secret is laid bare, a mystery unravels, pointing to his guilt and its dangerous intersection with Willa’s old life on the streets. Both must risk their success and the intense connection to each other to prevent their pasts from defining their future. 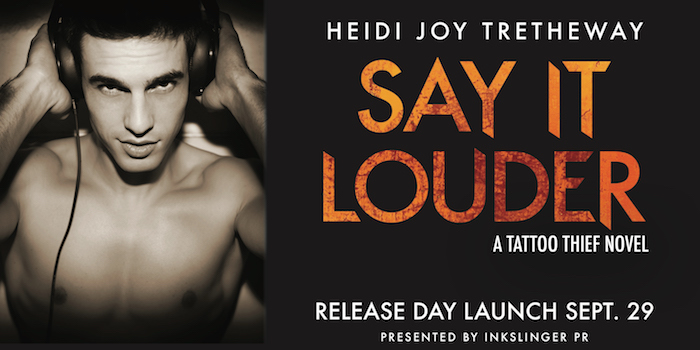 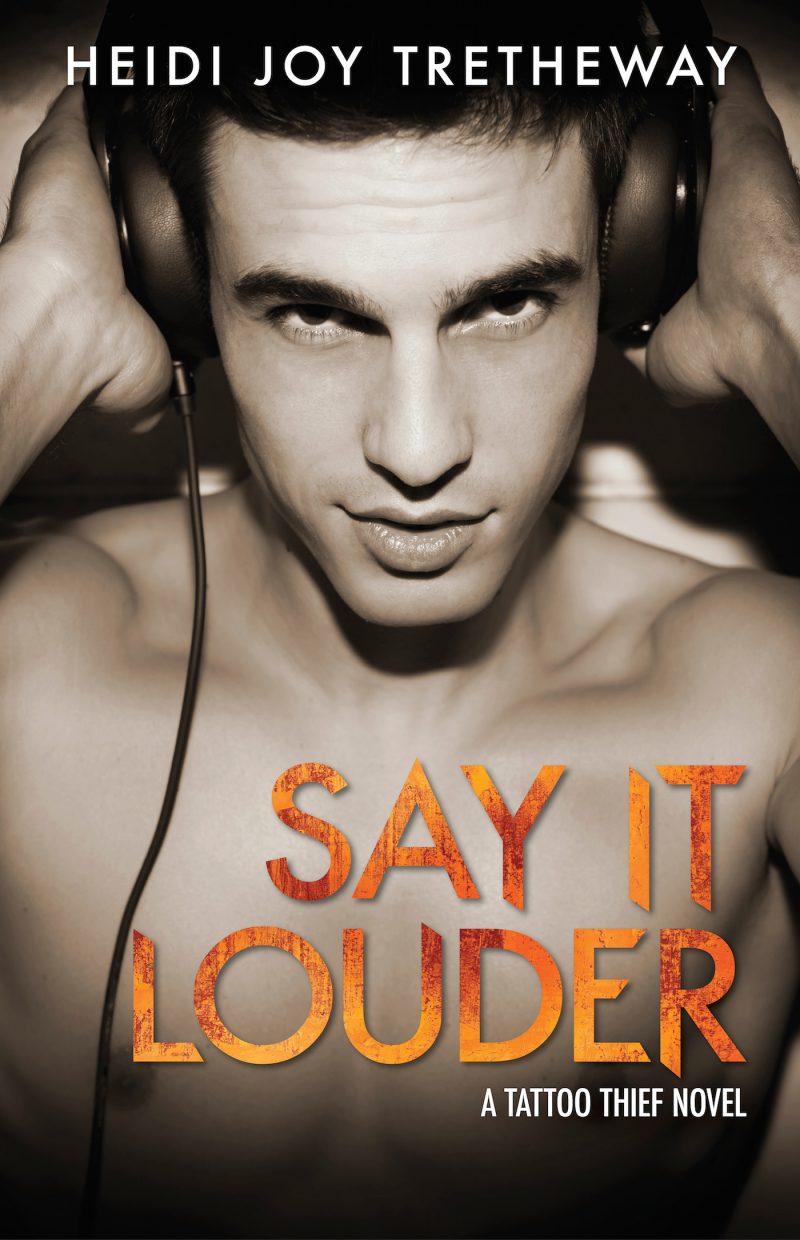 Quiet noises in Willa’s apartment wake me hours later. Soft footfalls. The rustling of fabric and clink of metal. I open my eyes to the dim city light that filters through Willa’s curtainless windows.

She’s a shadow across the room.

I stir and her head snaps up, eyes glinting in the light. Her shoulders stiffen, as if I’ve caught her doing something wrong.

I sit up. She’s swapped her jeans for black leggings and her T-shirt for a long-sleeved dark shirt. Her black messenger bag bulges on her hip.

“Where are you going?”

“Out.” She moves to a shelf and stuffs something in the messenger bag.

“You look like you’re going to break in somewhere.”

She tilts up her chin, a challenge. “Maybe I am.”

I’m on my feet in an instant, moving between her and the door. “What? You can’t just go out and wander the streets and break in places.”

She huffs, her eyes hardening when I block her exit. “I can do anything I want. You wanted a place to stay. So stay. But don’t tell me what I can or can’t do.”

Willa moves to get around me but I shift to the side, and suddenly we’re chest to chest. Another staredown.

My lips curl into a faint smile. “No.”

Willa scowls and shoves her body closer to the door, closer to me. I rest my hand lightly on her hip, so as she moves, I move. Like we’re dancing.

Her fist clenches the material of my dark gray shirt. “I said, move.”

Her demand is a hiss and I smell her breath, sweet and hot, cinnamon and clove. My eyes drop to her lips, and I want my mouth there. I need to taste her.

Her eyes darken, pupils dilating as I tip my chin slightly, moving closer. But before I can connect with that ripe mouth, she shoves my chest—hard.

“Wrong move, Dave.” She spins and grabs the door handle and she’s down a flight of stairs before I can pick my jaw up off the floor, shove my feet in my shoes, and follow her.

I don’t know why I follow, I just do. Acting on instinct, rather than from the million calculations that usually drive me.

Normally, I think with my head. I weigh the logic in any situation. But Willa defies logic. She’s like a force of nature, thunder and lightning, impossible to control.

I race after her, down four flights, hustling to catch up as she pushes out of her building and onto the sidewalk.

“Willa. Would you wait up for me?”

She flings a glance over her shoulder. “This can’t wait.” She doesn’t slow down, but she doesn’t speed up, either.

“What are you doing—really?” I hustle after her and pull my phone from my pocket to check the time. 1:18 a.m. Unless she’s going bar-hopping, there aren’t a lot of legal activities available right now.

Willa snatches the phone from my hand, and that jolt of electricity is back. She powers off my phone without asking. “First rule: keep up. Second rule: put this away. If it lights up or rings at the wrong time, we’re screwed.”

She hands the phone back and I pocket it. “What’s the third rule?”

“Do what I tell you, ask questions later.” 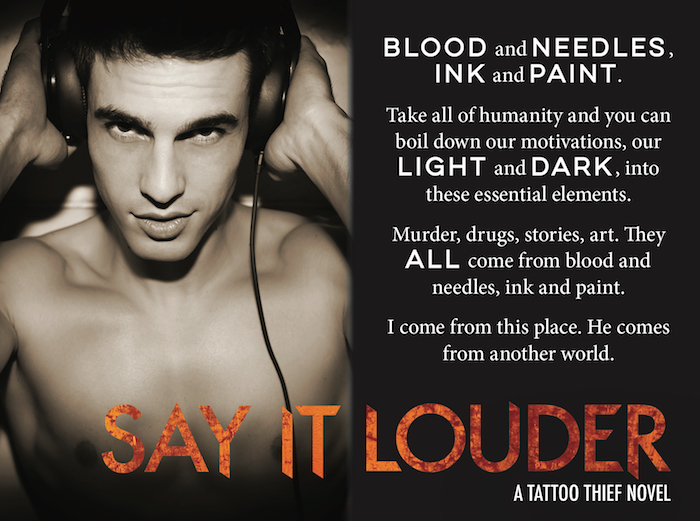 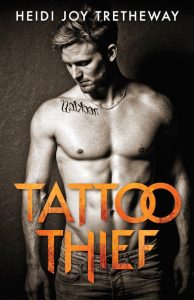 22-year-old Beryl doesn’t know why Gavin Slater trashed his penthouse, abandoned his dog and fled the country. But as his house sitter, she must pick up the pieces for the front man of the white-hot rock band Tattoo Thief.

When ultra-responsible Beryl confronts the reckless rock star, she wants to know more than just what to do with his mess. Why is he running? What’s he searching for? And is he responsible for the death of his muse?

New York newbie Beryl must find her footing in Gavin’s crazy world of the ultra-wealthy to discover her own direction and what can bring him back.

Steamy, sassy and tender, Tattoo Thief is a story of breaking from a comfort zone to find a second chance. 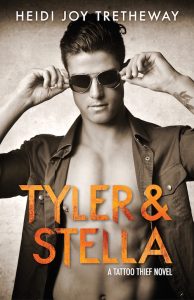 They don’t call, don’t cuddle and don’t send flowers—but what do you expect? No strings means no regrets.

When the biggest story of her fledgling music journalism career nearly ruins her relationship with her best friend, Stella has one chance to redeem herself. She promises the bassist for the rock band Tattoo Thief anything in exchange for behind-the-scenes access. But Tyler doesn’t want anything. He wants everything—and that’s more than Stella is prepared to give.

When Tyler’s explosive secret thrusts Stella into the media spotlight, she must choose between selling the story and telling the truth—and exposing the truth about herself.

Tyler & Stella is a sizzling story of lust, lies, and sacrifice, revealing how much love can forgive. 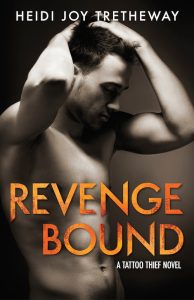 On the Internet, secrets never die…

Violet can’t imagine anything worse than having her very private, very naked photos strewn across the Internet.

With her name, address, and phone number attached.

And her boss finds out. And a stalker finds her.

Violet’s refuge is a rock star known for going through groupies faster than guitar picks. Letting Jayce get close enough to protect her exposes her secrets—and her heart—to a man whose celebrity could ruin her.

That’s because being a nobody is the one thing that keeps Violet’s photos from making headlines. And it’s the reason she can never fall for a rock star.

Secrets spread like wildfire when a celebrity fans the flames. 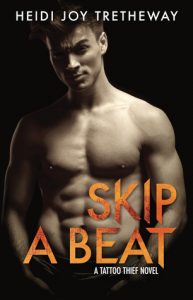 Second chances don’t come easy for a guy like me.
When I get one—as a roadie for Tattoo Thief’s concert tour—I’m gonna give it all I’ve got.
But the band’s new drummer rocks me in every way. She’s Ryan Sinclair, my teenage dream. I fell in love with her, and then I broke her heart.
No way she’ll give me a second chance. No way I’m leaving this earth without it.