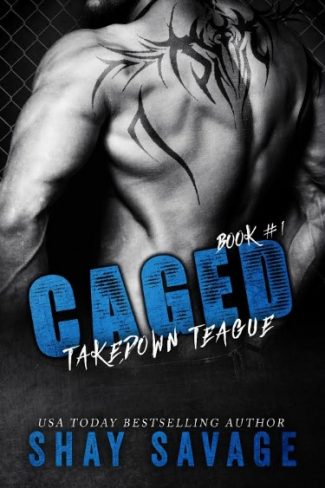 This is not made for TV. This is the raw, brutal underground of no-holds-barred combat. Inside the cage there is nothing but me and the pain I inflict on those who dare enter. In the cage, I never have to worry about anyone but myself. Yet, when she began standing outside of the cage, everything changed. I was no longer fighting for the money or the glory – I was fighting for her.

Are you ready for Liam “Takedown” Teague? 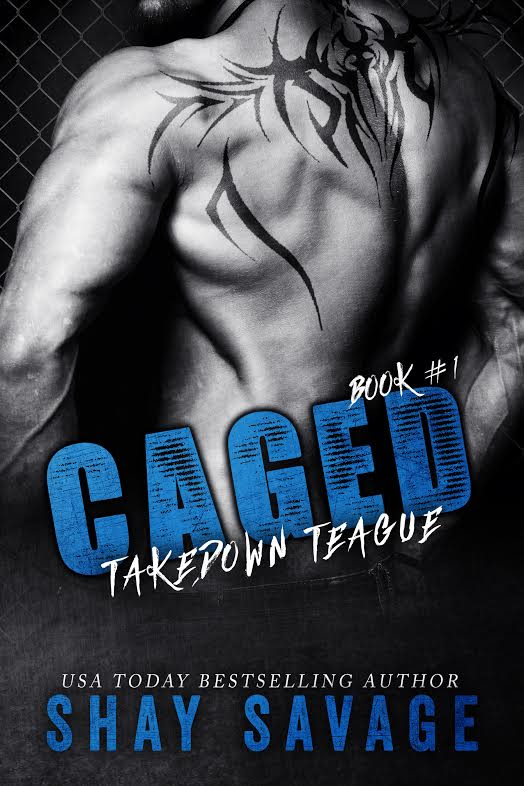 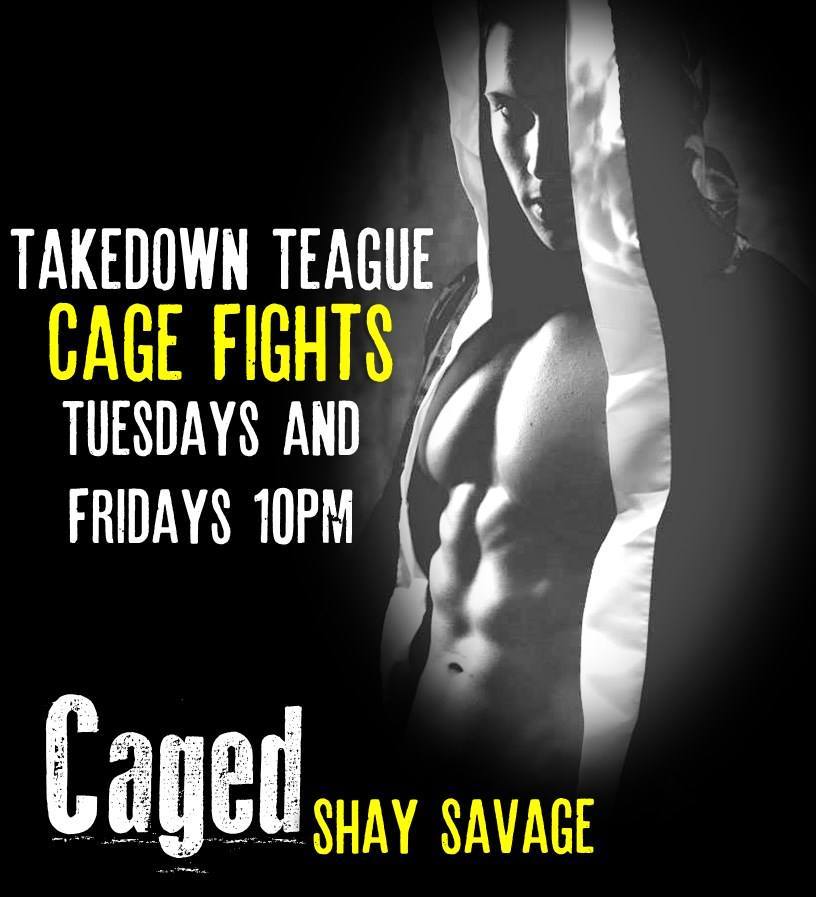 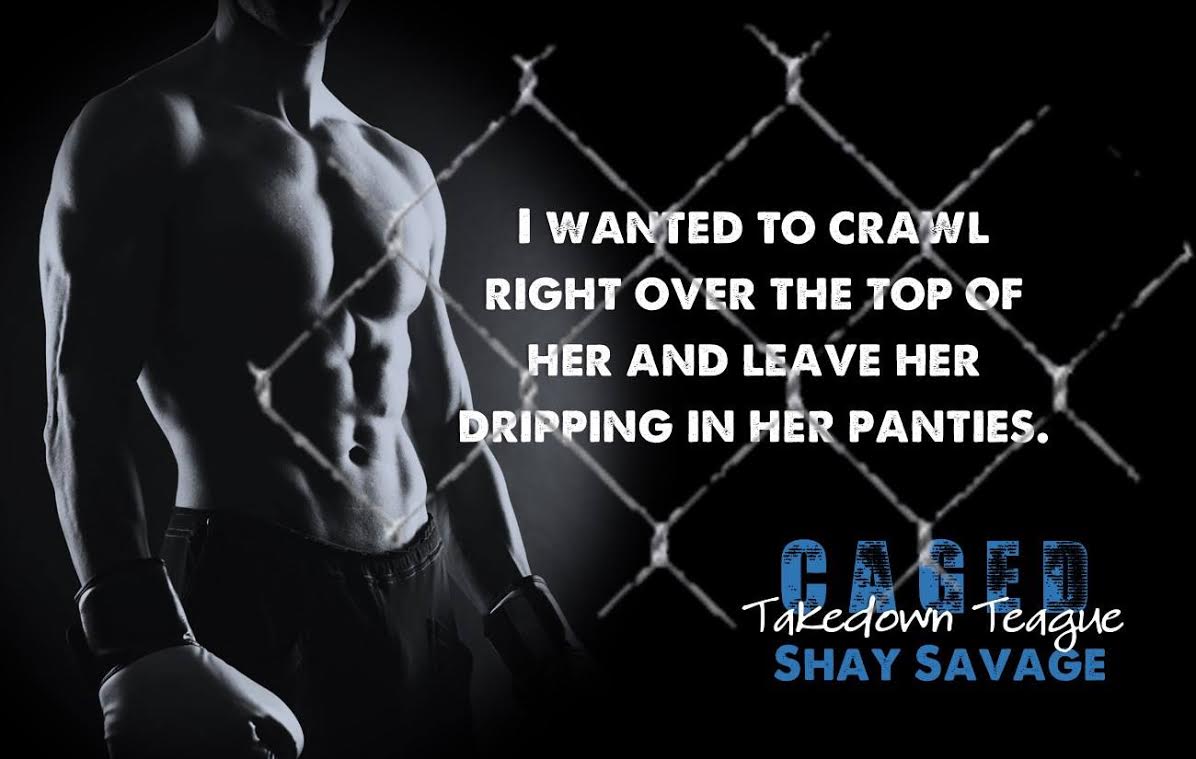 “Are you just stupid?” I probably would have gone on, but she wrapped her arms around herself and glared up at me.

“Stop yelling at me!” she screamed.  She turned away, but I saw her reach up with the back of her hand to swoop underneath her eyes.

I turned slightly away from her and practically bit down on my tongue to keep myself from saying anything else.  I brought my fisted hands up against my stomach and tried to pull the tension inside of myself, work through it, and calm down.  I could hear her crying combined with choked breaths and sniffles.

“Fuck,” I mumbled under my breath.  I was starting to come off the fighting high I had been on—the tears might have helped with that—and my stomach felt tight.

After three long, deep breaths, I looked back to the girl on the ground and saw her frantically rubbing at her eyes and cheeks.  She didn’t look at me as she reached out and pulled her mostly empty bag close to her.  She looked inside and then looked around her at all her things on the ground.

“Sorry,” I mumbled.  I wasn’t all that great at apologies, and I figured now wasn’t going to be much different.  I’d obviously upset her with all my shitty comments, though.  “I didn’t mean to…I just…”

I stopped talking.  I didn’t know what to say, and I felt bad about yelling at her.  She looked at me all red-eyed with tears staining her cheeks.

“Just don’t do that shit anymore.”  I let out a big sigh.

She nodded once and then reached out to grab something off the ground near her and shoved it back into the bag.  From the amount of stuff scattered all over the street, my estimate on the size of the so-called purse wasn’t too far off.  There was an umbrella, a little flashlight, a bunch of tubes and bottles, and at least a half dozen pens.  As I looked around some more, I saw a small notebook, a paperback book, keys, a bottle of hand lotion that was nowhere near travel sized, a stack of tissues wrapped up in a Ziploc bag, two sets of earbuds, and a checkbook.  There was also a whole pile of ponytail holders, bobby pins, and those little hair-holder-things that looked like teeth.

There was shit from her bag from one side of the fucking street to the other.

She started crawling around, gathering it all up, and cramming it back inside, which gave me a fabulous view of her ass in the short-shorts style waitress uniform the place up the street usually demanded.  I could kind of see how she might have thought she could use the bag as a weapon—there had been more stuff in there than really should have been able to fit.  I looked around on the ground to see if there was an actual kitchen sink, or at least part of one, but I didn’t see anything metal.  There was something that looked like a small rock, though.

“How do you even carry that thing around?” I asked.

“That…that purse-bag-thingy there,” I said, pointing and shaking my finger at it.  I wouldn’t have admitted it, but the whole idea of the thing scared me, and I wasn’t sure why.  I felt like if I got too close to it I might get sucked in, never to be seen again.  “It’s insane.”

Her eyes became little slits as she looked up to me.

“There is nothing wrong with my purse!” she growled.

“It has everything I need in it.”

“It has everything you and ten of your friends could need for a week,” I replied with a laugh.  “I know there are people who carry Chihuahuas in their purse, but you could fit a Dane in there.” 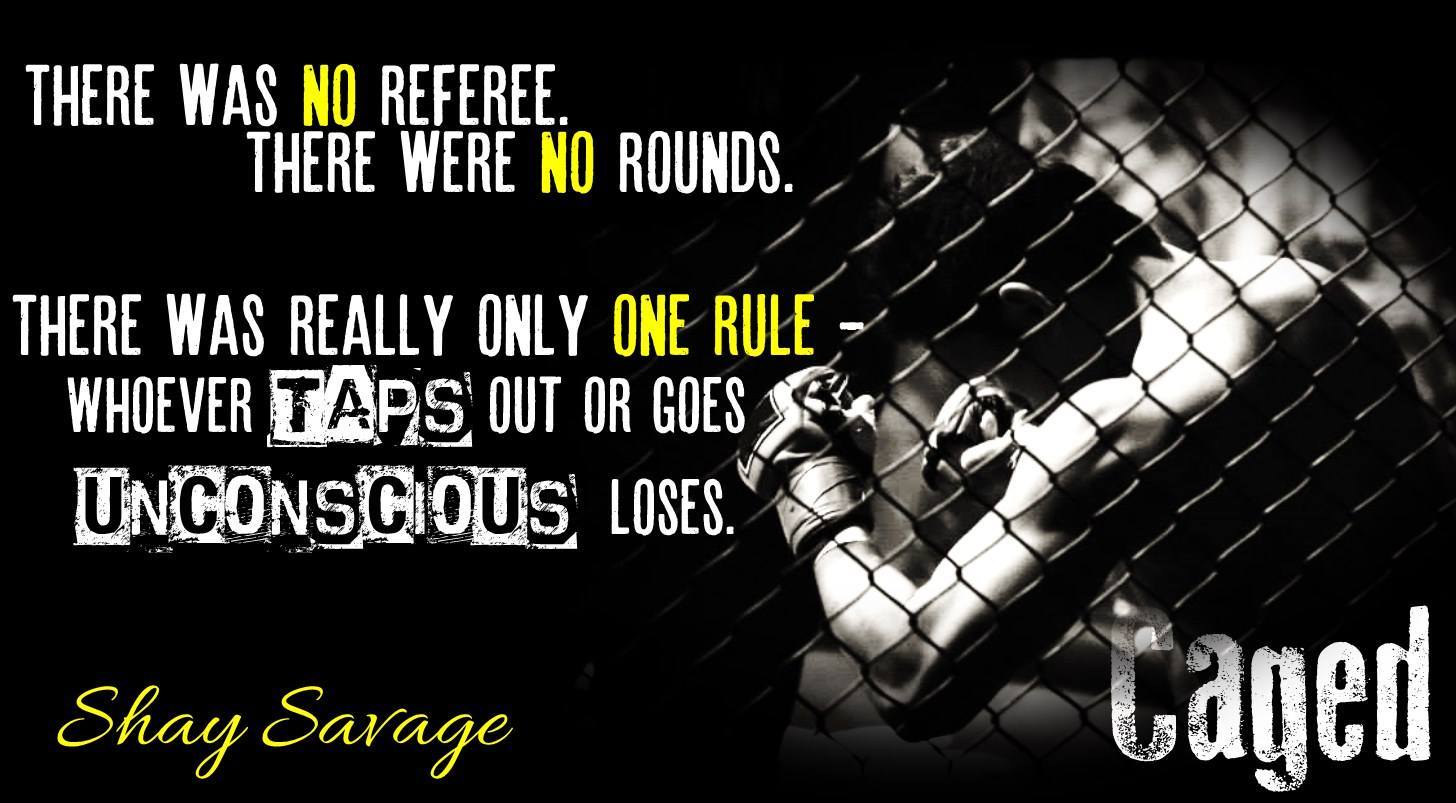 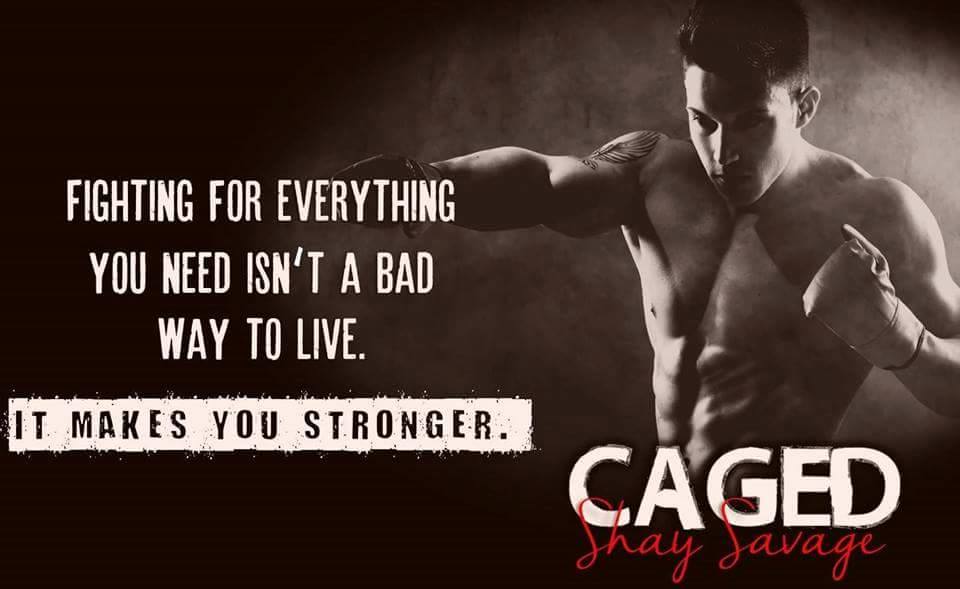 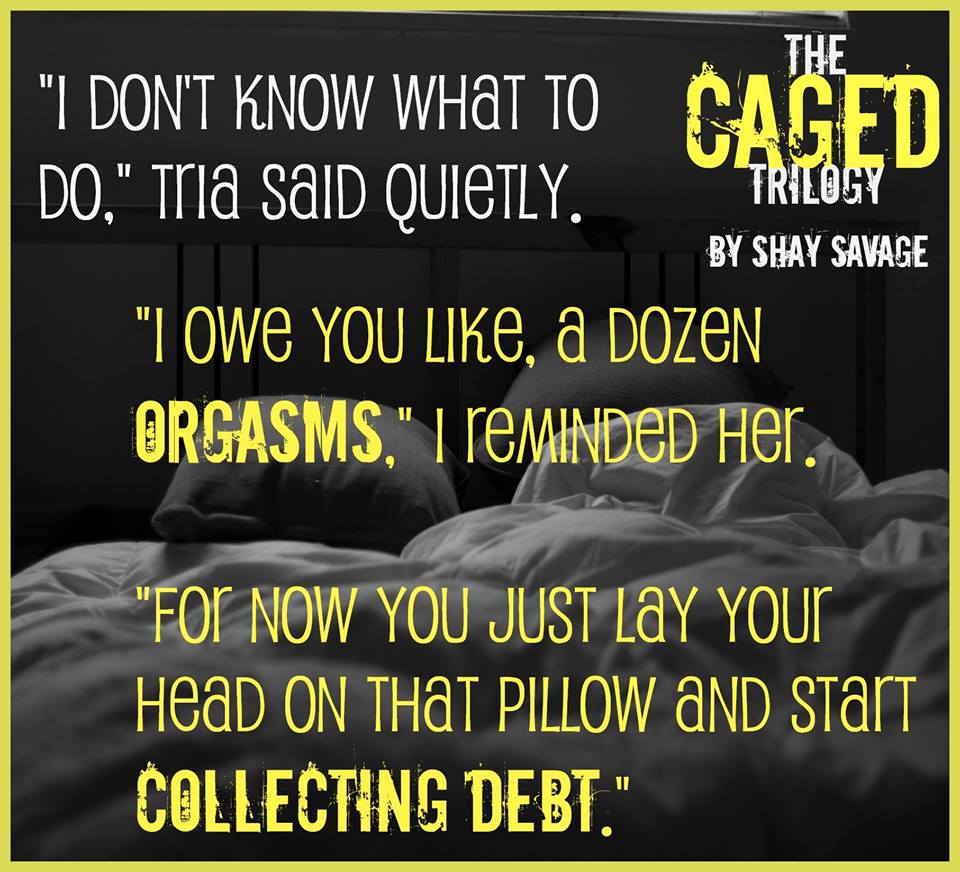 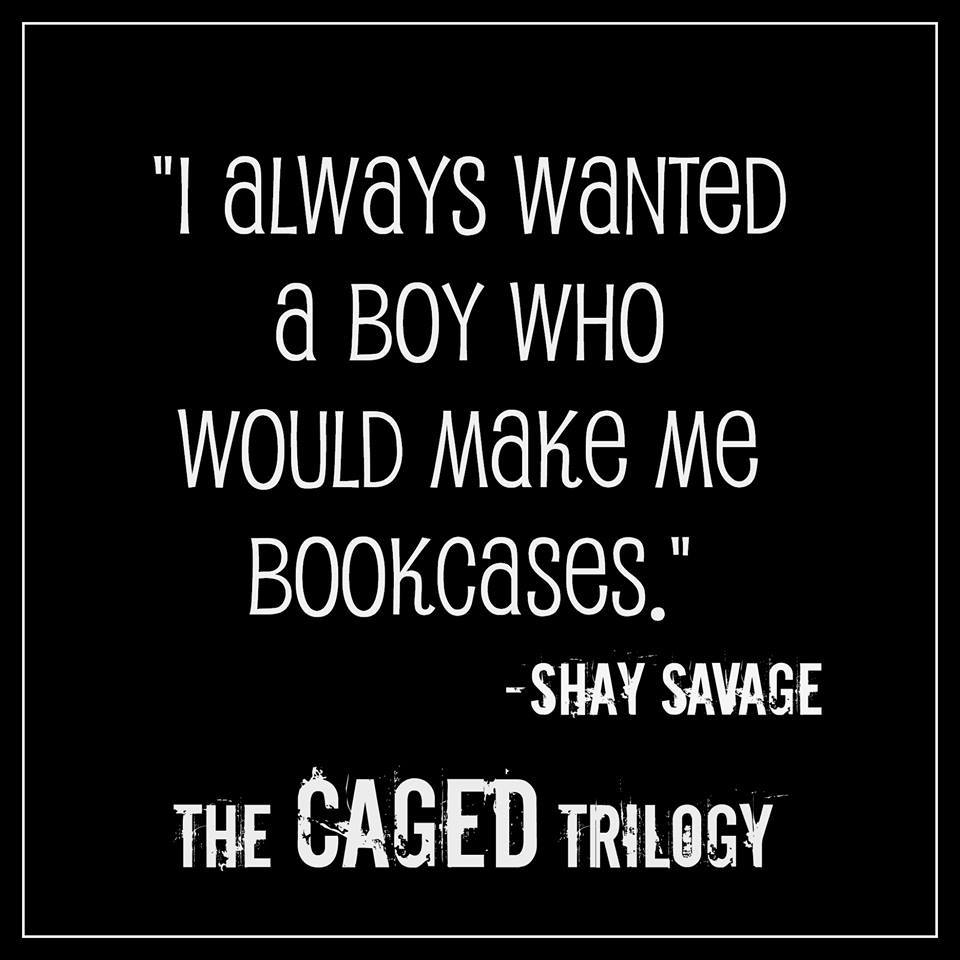 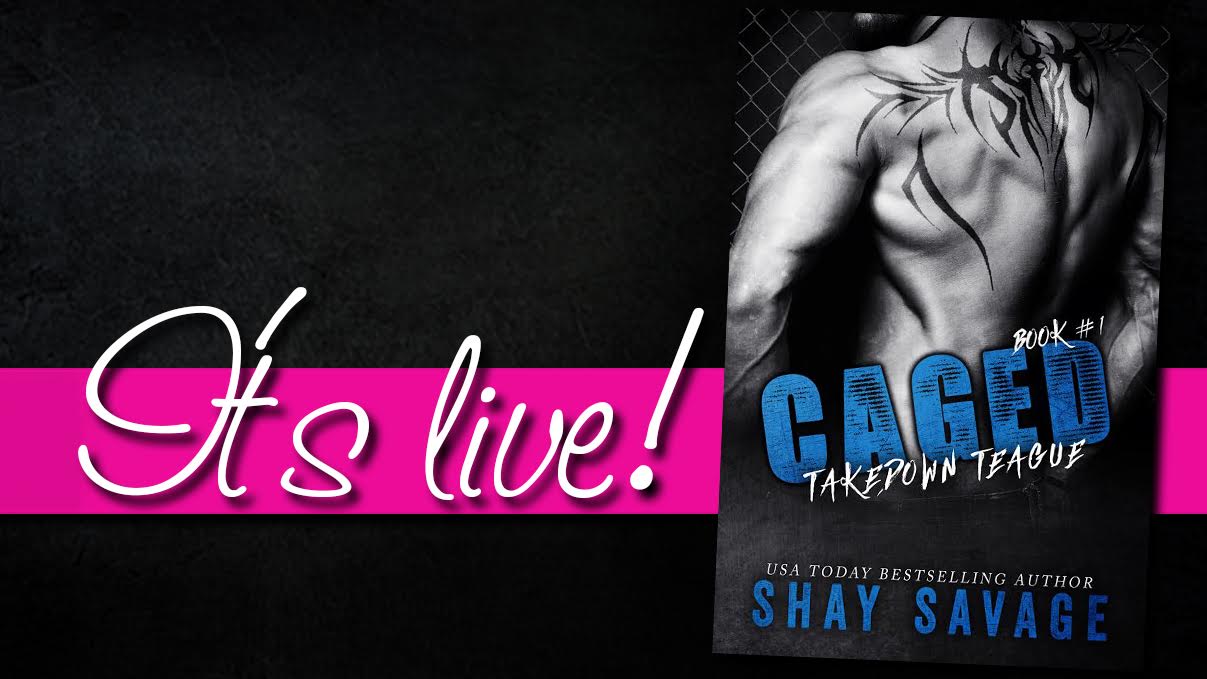 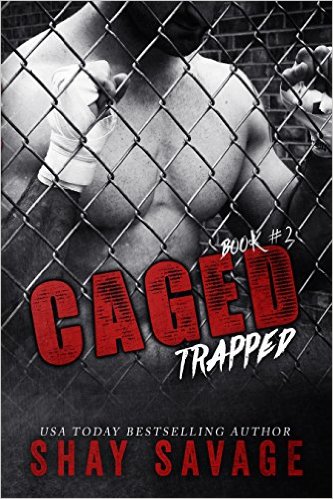 Bizarre rituals on a remote island in Maine.
My crazy neighbor lying naked in the produce section of a grocery store.
The sting of a knife as it slices through my flesh.
Now I know why they say life is never easy.
The soft touch of Tria’s hand against my chest is the only thing that keeps me going, but there are consequences. As a fighter, I should be able to deal with anything life throws at me, but there is one circumstance I simply can’t handle.
I only have one coping mechanism: a tube around my arm and a needle in my vein.

Shay Savage lives in Cincinnati, Ohio with her family and a variety of household pets. She is an accomplished public speaker, and holds the rank of Distinguished Toastmaster from Toastmasters International. When not writing, she enjoys science fiction movies, masquerading as a zombie, is a HUGE Star Wars fan, and member of the 501st Legion of Stormtroopers. When the geek fun runs out, she also loves soccer in any and all forms – especially the Columbus Crew, Arsenal and Bayern Munich – and anxiously awaits the 2014 World Cup. Savage holds a degree in psychology, and she brings a lot of that knowledge into the characters within her stories.