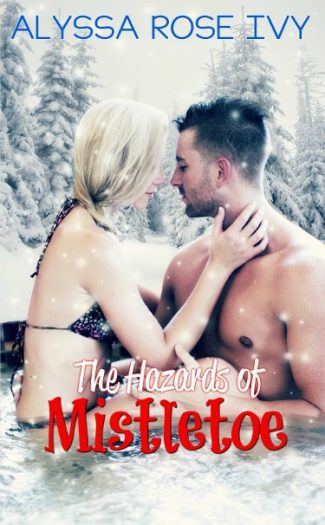 Don’t underestimate the power of mistletoe. It looks innocent enough, but a single branch has the potential to change your life. One mistletoe kiss led to the most embarrassing night of my life, but thankfully by the next Christmas I ended up exactly where I was supposed to be. 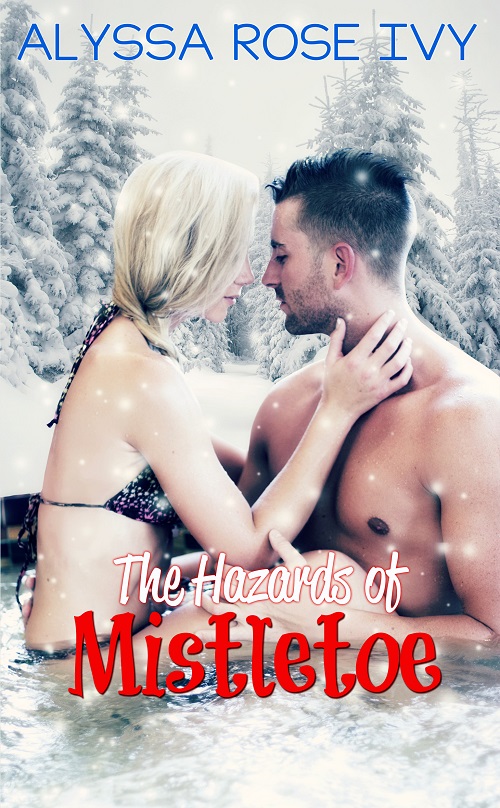 “Ice skating and hot cocoa? What are you buttering me up for?” I sat down on the bench and unlaced my skates. The snow was falling a little bit heavier, but the flakes were still light and more pleasant than a nuisance.

“I’m just enjoying an evening with a beautiful woman. I do have a romantic side you know.”

“Romantic?” What was Glen playing at? I’d had a crush on him for years, but things had stayed completely platonic. We were good friends who saw each other once a year, and teased each other through text messages and late night phone calls. That was it.

He didn’t hear me. He was already in line to return our skates. I waited for him to return with my boots, and not for the first time I was glad I’d worn wool socks. It was cold during the day, but the nights were absolutely freezing.

“Here you go, my lady.” He bent down and proceeded to put my foot into my boot.

I pulled away from him. “Knock it off. What’s gotten into you tonight?” As charming as Glen was being something seemed off with him. I wondered if maybe I wasn’t the only one who was upset.

He proceeded to move on to my next boot. “It’s Christmas Eve. Aren’t you Miss Holiday Spirit?”

“Exactly.” He put on his shoes and tugged on my hand to pull me to standing. “Let’s get those hot chocolates.”

The line at the café on the other side of the rink was nearly out the door, but I was enjoying Glen’s company so much I didn’t mind.

He insisted on buying my hot cocoa for me, and considering he’d already paid for my skate rental, I was starting to feel uncomfortable. Glen had all the money he could ever need, but I wasn’t used to guys buying me anything. My dating experience wasn’t extensive, and it involved boys who were all about going dutch. “I really don’t mind paying.”

“Yeah, but I want to pay. Stop arguing and enjoy yourself.” He lightly bumped his shoulder into mine.

We walked around the village sipping our hot chocolate and not saying much. After a while we took a seat on a bench. It was underneath a tree, and the pine needles blocked some of the falling snow. I closed my eyes and listened to the chatter of people walking by mixed with the low hum of holiday music.

“You guys need to kiss.”

I looked up. Sure enough there was mistletoe hanging over us from the tree. It wasn’t real, it was just the decorative stuff they used, but it had the same unmistakable appearance.

Glen put an arm around me. “I think she’s right, Savy.”

I turned to glare at him. “Don’t even start.”

“Why not? Scared to kiss me?” he teased.

Yes. I was scared. Terrified. This was Glen. Kissing him wasn’t something I was prepared to do casually while sitting on a bench in the snow with a bunch of onlookers. Of course I couldn’t tell him that though. “Why would I be scared?”

“I don’t know. Just checking.” He got a twinkle in his eye. That twinkle should have given me all the warning I needed, but it didn’t. I was wholly unprepared when his lips made contact with mine. They were warm and soft, and they moved perfectly against mine. I kissed him back, desperately wanting to know what his mouth tasted like, and if his tongue felt half as good as his lips.

The Hazards of Skinny Dipping (Hazards, #1) 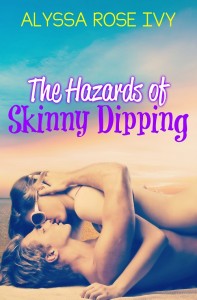 This isn’t a deep book about first loves or self-discovery. If you want a book like that, I’d be happy to recommend one, but I don’t have that kind of story to tell. Instead my story is about rash decisions and finding out that your dream guy is bad in bed. It’s the story of when I finally went skinny dipping, and how my life was never the same again. Oh, and it’s also the story of my freshman year of college and realizing Mr. Right might have been there all along.

The Hazards of a One Night Stand (Hazards, #2) 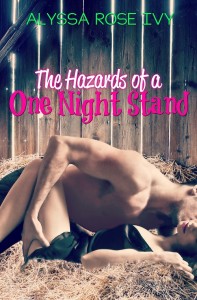 One small town boy, one girl who wants more, one roll in the hay…

Hooking up with your high school crush is a bad idea, a really bad idea. It was only supposed to be one night, one brief departure from my real life, but nothing ever works out exactly the way you plan.

Colton Waters was everything from my past that didn’t fit into my present, so why did he have to show up at my college and pledge the one frat I couldn’t avoid?

Because nothing is ever meant to happen just once. At least not the life changing things that mean the difference between falling apart and falling in love.

The Hazards of Sex on the Beach (Hazards, #3) 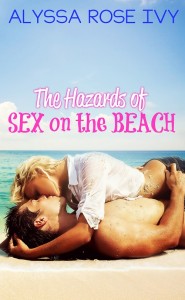 One broken heart, one drink too many, one steamy night in the sand…

No one warns you about the dangers of drinking with a broken heart. At least no one warned me. I never imagined I’d fall for a musician, especially not one like Chase, but then again I never expected to have my heart broken into a million pieces by the frat guy I thought was the love of my life.

Sometimes it’s the rash decisions, like hooking up in the sand, that lead you to the best places—the kinds of places where it’s possible to let yourself fall in love again.

Alyssa Rose Ivy is a bestselling New Adult and Young Adult author who loves to weave stories with romance and humor. Although raised in the New York area, she fell in love with the South after moving to New Orleans for college. After surviving law school and earning her masters in library science, she turned back to her creative side and decided to write. She lives in North Carolina with her husband and two young children, and she can usually be found with a cup of coffee in her hand. 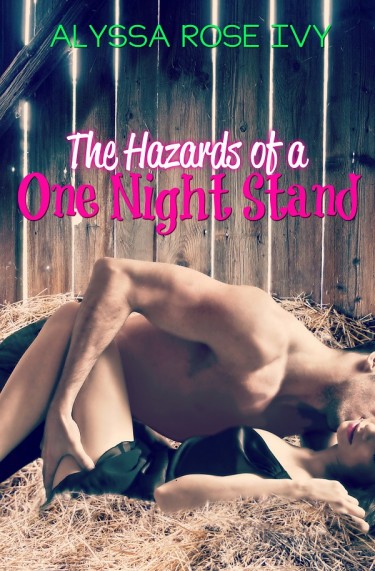