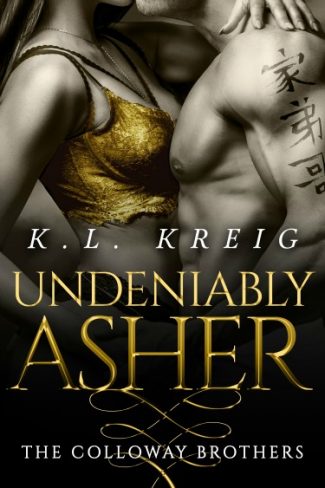 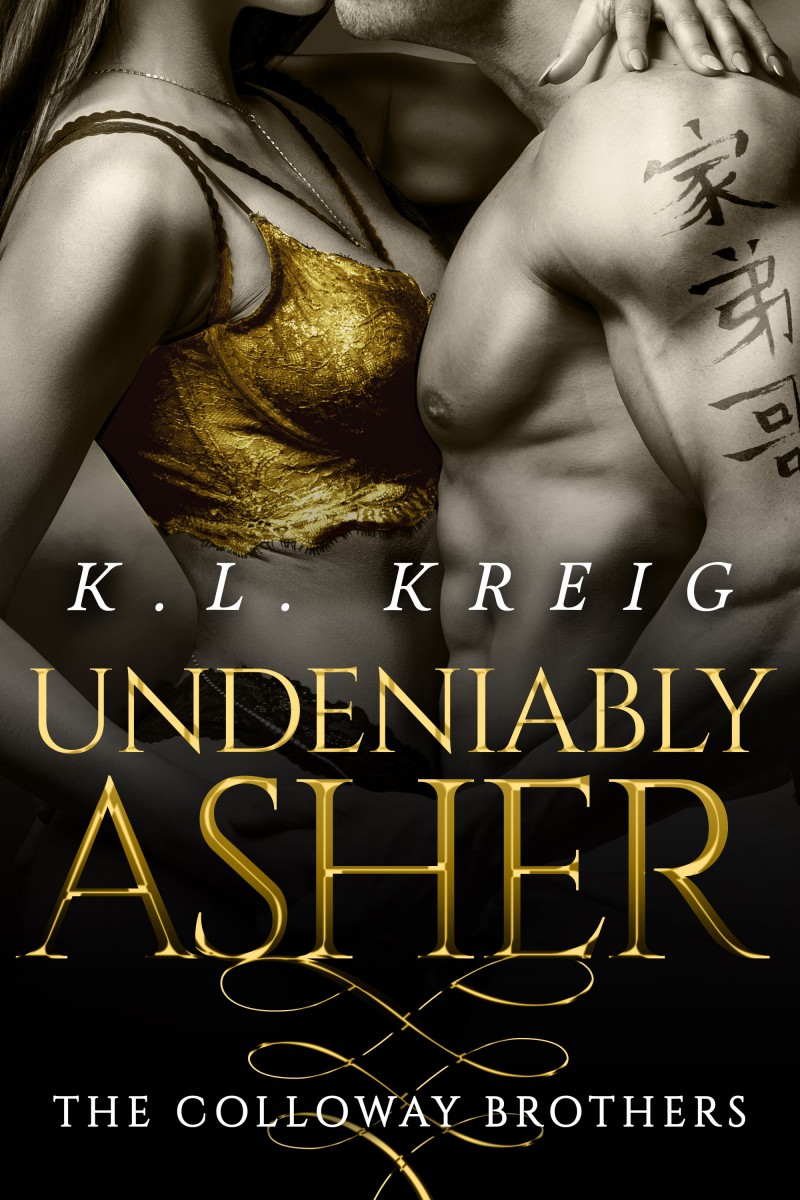 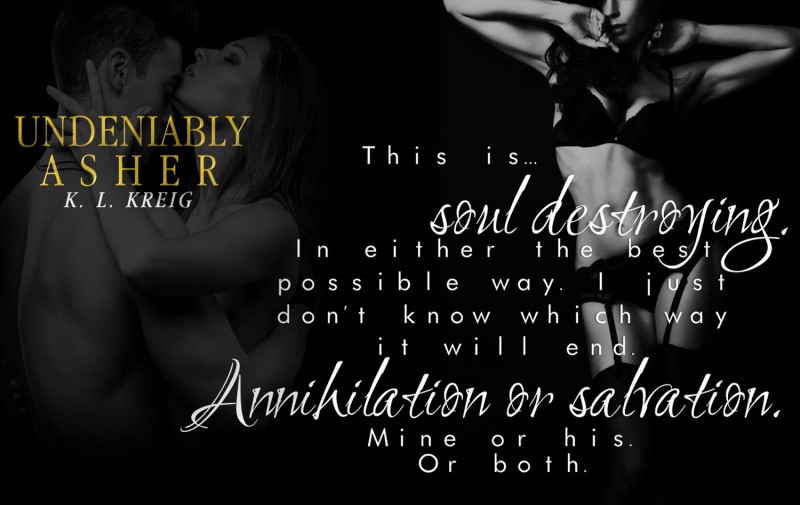 Before his lips touch mine, I see my plea reflected. Asher has a past, maybe as painful as mine, maybe not, but a past nonetheless. We all do. We all walk with our own story, our own secrets, our own damage, our own scars. Internal and external. Some of us just carry them better than others.

It’s apparent someone hurt him, broke his trust. Broke his heart, even. And I want to know about her. I want to know who turned such a caring, romantic, handsome man who could have any woman he wants into someone who can’t commit.

But can he commit now?

As Asher kisses me long and deep, the questions and doubt fade into nothingness, powerful lust and longing easily taking their place. Just like every other time he touches me. Nothing feels more right than when his lips are on mine.

He keeps me grounded in the present and out of my own head, where my personal demons try to torment me.

Mouth never leaving mine, Asher pulls me across his lap and suddenly I wished I’d worn a skirt for easy access, because I desperately need his hands on me. Instead I have dark, tight jeans and a clingy, black long-sleeved blouse, which shows off the swell of my breasts, courtesy of the deep purple push-up bra I’m wearing.

“Alyse,” he mumbles against my goose-pebbled flesh. “Tell me what you like, what you want.” His hands tightly grip my waist, hot tongue traveling slowly down to the base of my throat. His rock-hard erection pulses beneath me, throbbing, keeping time with my own beats.

What do I want? So many things. So many dirty, wicked things. Things I’ve never wanted with anyone else. I know Asher can show me. I’ve been with several men, but I almost feel like a virgin with him. Not in the physical sense, but the emotional one. I believed him when he said he would own me. God help me, I want that. I’ve thought of nothing else than what it would be like to be completely and wholly his in every sense of the word.

I will the chains I’ve secured tightly around my heart to loosen. I imagine the lock clicking open and slack taking up the links I’d wound so tightly, so securely that no one could penetrate them. It’s terrifying. It feels foreign, naked, like taking off a piece of jewelry you’ve not removed for years, the imprint of the precious metal leaving a visible mark behind.

And then I do the one thing that feels right in this moment, but goes against all that I’ve tried to protect myself from over the last eight years.

All of me. Not just my body.

My voice echoes loudly in the darkened room, like I’ve yelled those six words at the top of my lungs for the whole world to hear and judge versus barely uttered so that they sound distant, even to my own ears. I’m not even sure Asher heard me.

His lips still, his body tenses, and his grasp becomes almost painfully tight. When he pulls back, the insatiable lust swirling in the depths of his striking blues causes my stomach to drop like I’ve just been tossed off a five-story building.

Burning eyes never leaving mine, one hand pushes underneath my blouse, traveling up to palm my breast. He pulls down the cup, his nimble fingers tweaking my hardened nipple. Pleasure ricochets off every cell like a pinball machine, landing squarely between my pounding thighs. My eyes drift closed on a moan until I hear his dark command.

“Look at me, baby.” His fingers never stop pulling and pinching and twisting, each movement sending another sharp zing on a fast track south of the border.

I finally comply, but my blinks are long and heavy.

“Fuck, I want to corrupt you in the wickedest of ways and completely ruin you in the best possible ones.”

He’s asking for permission, even though I already gave it.

He’s asking for trust, when it’s already his.

He’s asking me to be sure.

Letting a small smile tug the corners of my lips, I reassure him. 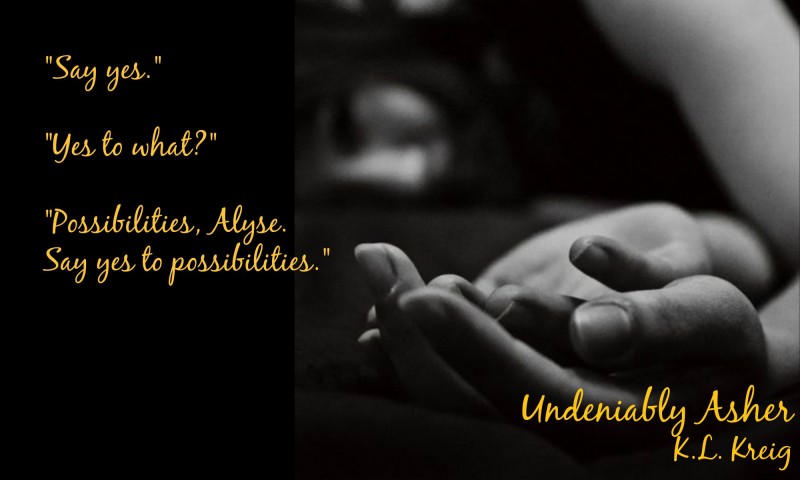 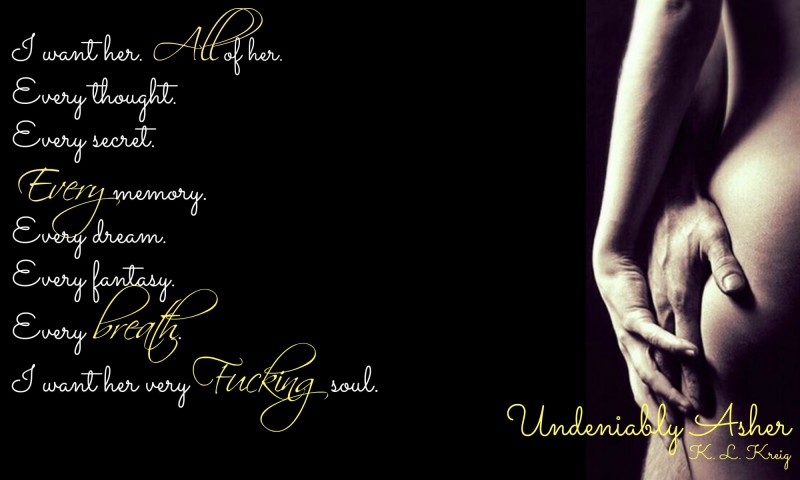 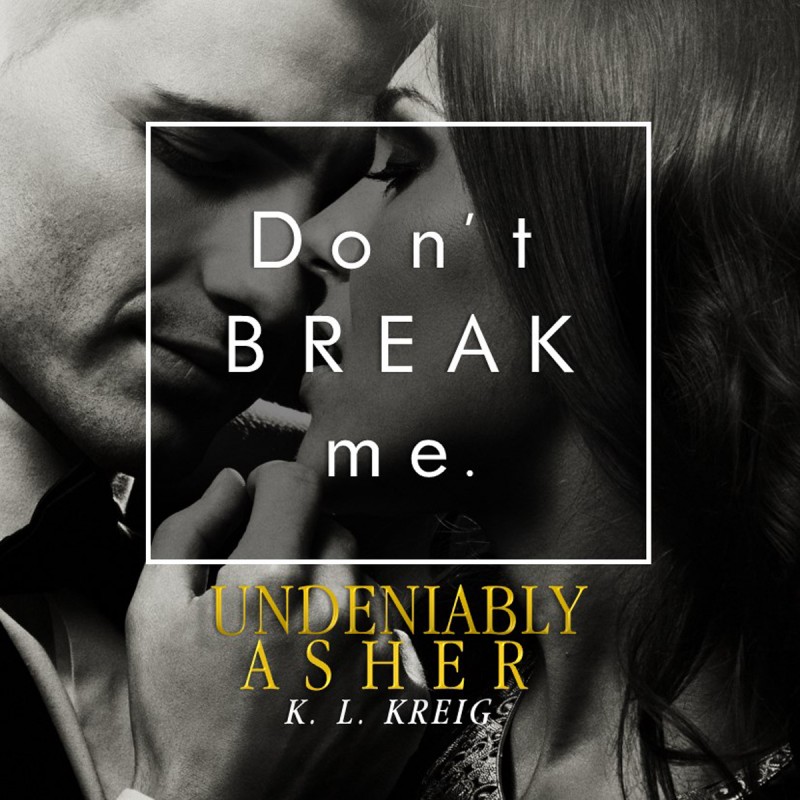 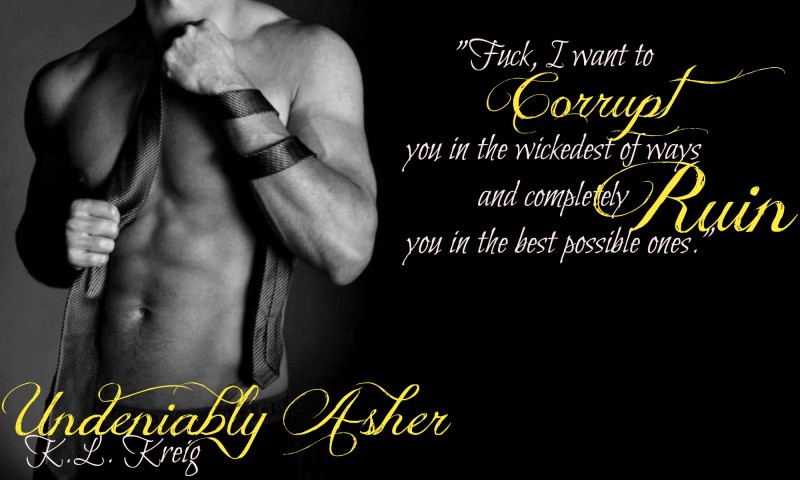 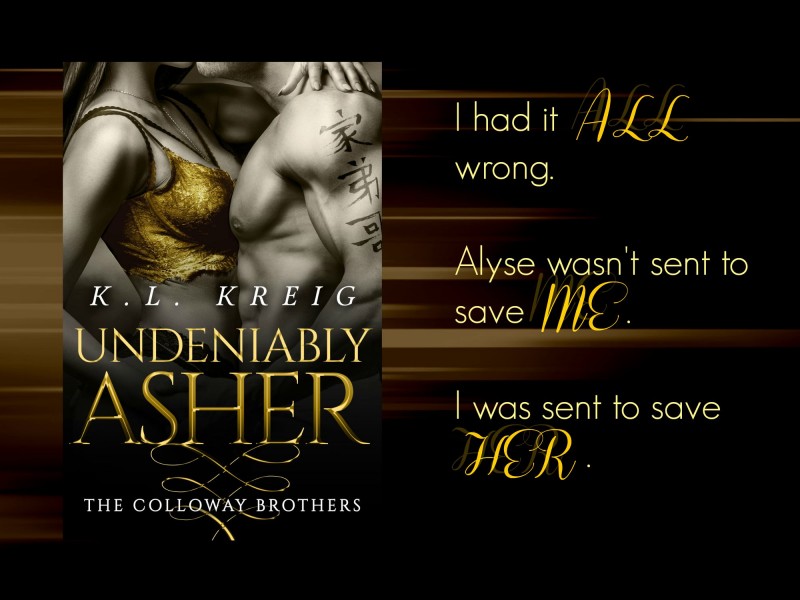 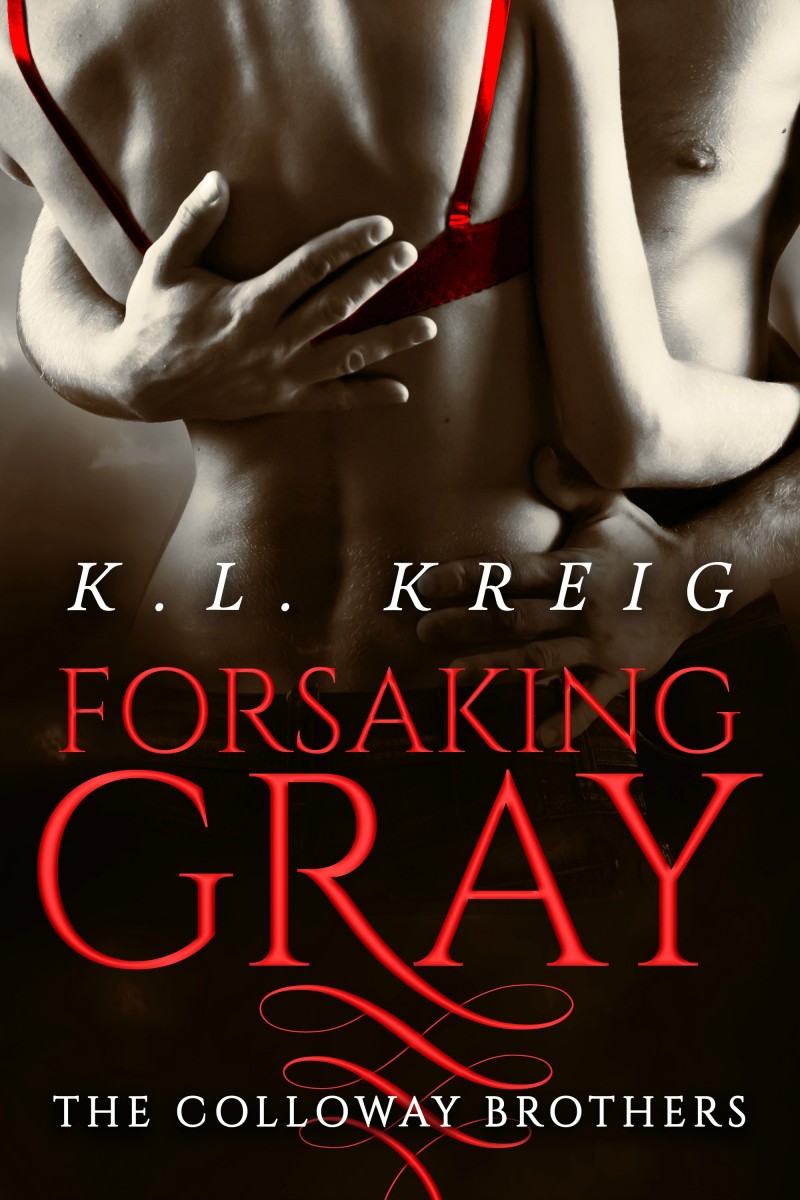