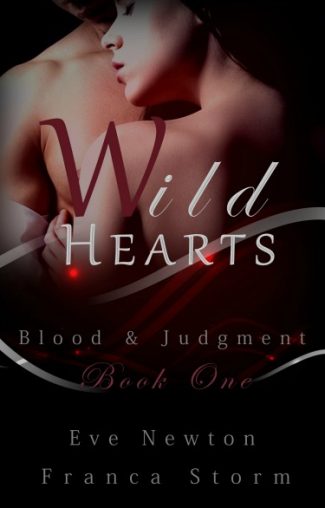 Two alpha women on a mission. Two alpha males hungry to claim them. But can these wild hearts be tamed?

The strongest of their kind, they reluctantly join forces to protect the supernatural world from extinc-tion.

Things become complicated when an all-powerful warlock sets his sights on Ember, while a soldier of the enemy seeks to claim Aria. Passions and desires ignite. Loyalties are tested. Enemies abound.

The stage is set for one hell of an epic battle in the first installment of this smoldering paranormal romance saga. 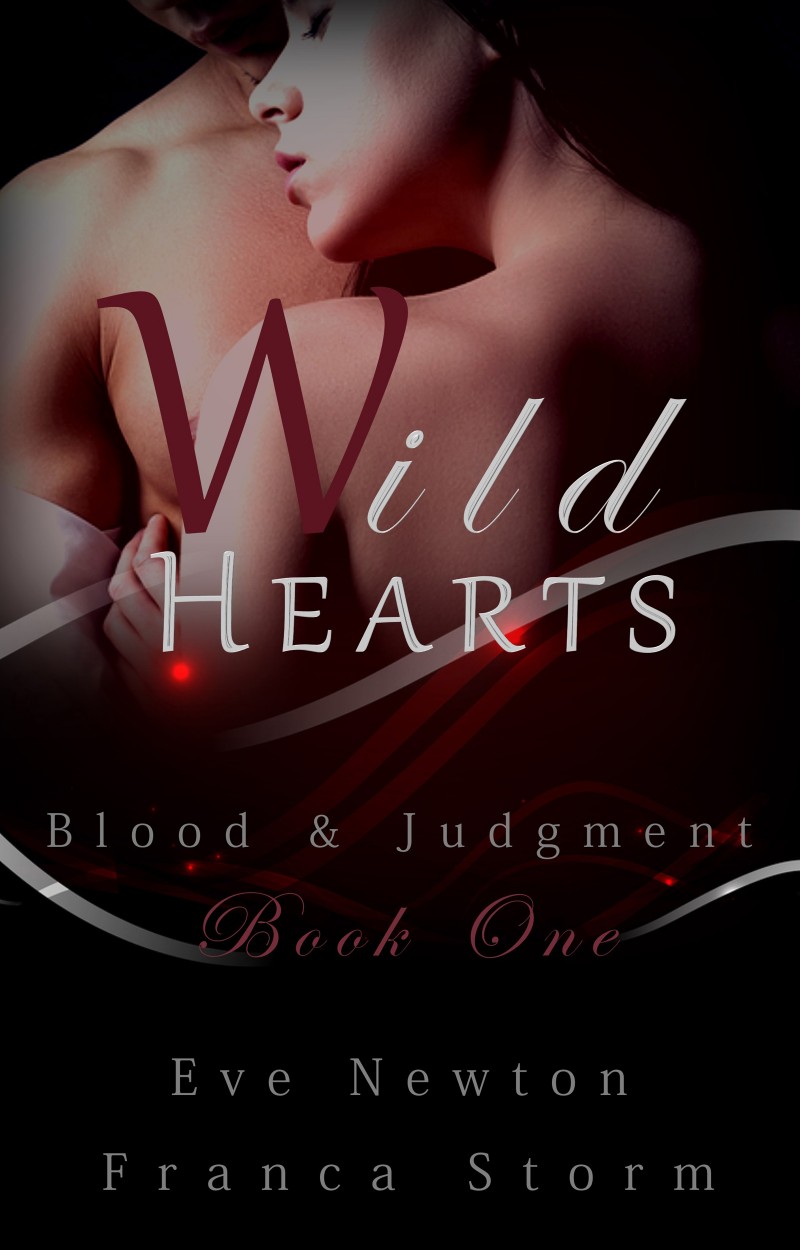 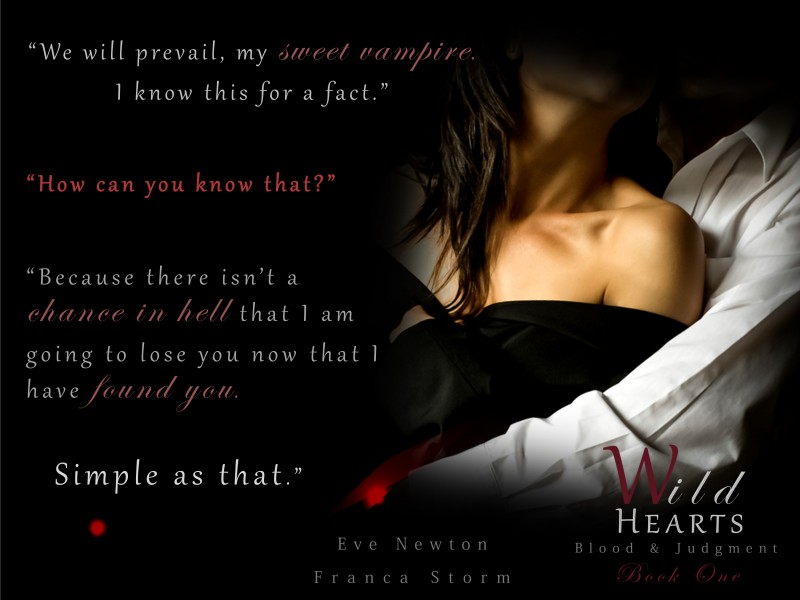 I gasp in shock as the foggy darkness dissipates and the intruder is revealed.

He’s standing over by the door in a rigid, ready-for-anything pose. A soldier’s stance if I ever saw one. My eyes wander over him. His brown hair that’s styled in a military crew cut. Those deep, enthralling hazel eyes that have this uncanny ability to hold me captive in a way I’ve never known before. The golden breastplate covering his broad, muscular torso. My gaze dips lower to some sort of kilt-like thing extending to the top of his thighs. His legs are protected by golden armor and his knee-high boots appear metallic too. But the thing that stands out above all else is that awful Sword of Judgment holstered at his right hip.

Fuck. He’s here to finish the job. How the hell did he find me?

I scramble to wrap the duvet around me to hide my nakedness. That, in itself, is an odd reaction for me. I feel shy about being exposed to him. That’s never been the case for me before. I’ve never been ill at ease with being unclothed.

I hurry off the bed, clutching the duvet tightly to my chest with one hand, while keeping my other free to defend myself with if he makes a sudden move.

I can feel that I’m healed now and back at full strength, so I only need one to take this Ambassador asshole down. That’s pretty cocky, but I know my power. Even though I definitely felt that he was stronger than the other Ambassadors I’ve come into contact with in the past, I know I can still hold my own.

He tenses up as I approach. But he’s not tensing in preparation for a fight. No, I can see it in his eyes. He’s…nervous. Nervous? That’s weird.

“Black magic,” he answers, simply. “I could not allow your wolf pack to sense my presence.”

“How did you track us here?” I demand, getting ready to call my wolf claws to the surface. He might not be readying for battle, but I’m not a fool. It must just be a trick; a new tactic to try to get me to lower my defenses, or something.

“Your pack does not concern me. Neither does your vampire ally.”

Nice try at deflecting the question. “How?” I thunder.

He seems confused. “It was you.”

Huh. Wasn’t expecting that. “What?”

He steps forward, leaving merely a few inches between us as his towering six-foot-five wall of muscle and armor looms over me. “What spell have you cursed me with?”

What the actual hell? “Spell? I’m not a witch, asshole.”

“You may not be, but you could certainly have employed one.”

“Your scent is more potent than any other Tainted breed I have encountered and I cannot dispel it from my consciousness. You plague me with thoughts of you and…sentiment for you.”

It takes me a moment, but then realization dawns on me. Wow. “It’s called attraction.”

“It’s not a spell. You’re attracted to me.” Of course he thinks it’s the result of a spell, because Ambassadors are not known for feeling or showing any sort of emotion. He probably has no idea what to do with it.

“I do not accept that. I have a mission. I do not desire any woman, especially not a Tainted target. You have spelled me.”

I glare at him. “Don’t flatter yourself, soldier boy. Do you really think I want you anywhere near me?”

I see him take that in, thinking it over. And then he says, “Then this is a ruse.”

I step closer until we’re only inches apart. His eyes widen, that nervousness back again as he struggles to maintain eye contact. Hmm…I make him nervous? Very interesting. That works for me.

“I don’t play games. And the idea that you’re attracted to me, disgusts me.” Okay, maybe that’s not the whole truth when it comes to the attraction thing, but I need it to be. “Your kind murdered my dad! I hate you all!” I snarl, rage rising within me from just recalling that awful day.

He catches me off guard, making me gasp, as he suddenly grabs my chin. Just like back at that hotel, his touch is gentle.

He regards me curiously for several excruciating long moments of incredible awkwardness. For the life of me, I don’t know why the hell I don’t pull away. Jesus. What is this? Why isn’t my hatred for him pure and straightforward like it is for the rest of his Ambassador kind?

“You feel it too,” he says. “I can see it in your eyes. You are right. This is not a spell.” He releases me and he backs away, shaking his head. “How is this possible?”

“You should be no more than a target,” he goes on, turning his back to me as he continues shaking his head with disbelief.

I can’t believe he’s actually turning his back. A soldier turning his back to his enemy? Talk about letting his guard down in a major way. He’s really affected by this. He’s not thinking clearly. I know I should take advantage of it. Ambassadors are my enemies. He is my enemy.

But a part of me is hesitating. I don’t understand it. Get a fucking grip, Aria! I need to take this asshole down and he’s just given me an in that won’t result in me sustaining so much damage for once, unlike every other time I’ve come up against one of his kind.

I draw in a breath to clear my damn head. Do it! Do it!

“Cahl,” I say in a voice purposely full of sugary sweetness.

He turns back to me.

I release my grip on the duvet. It pools at my feet, leaving me standing there before him completely naked.

My odd shyness from before is nowhere to be found. This is a mission now. I have the upper hand here. He’s completely out of his element. Weak. He attacked me back at the hotel when I was wounded and weak. This is just me returning the favor. Taking advantage of his vulnerability.

But his reaction surprises me.

He shields his eyes with his hand and demands, “Cover yourself.”

Wow. I’ve never heard those words from any male before. But I’m not backing down now. I can seduce him into subjugation. “You want to touch me.”

He doesn’t say anything. He just takes a step back from me.

“This is what you came here for, Cahl. Take it.” Like hell, he will be. Fucker.

Still, he says nothing.

“Come on! You had your hands on me earlier without my permission and now I’m offering it up to you!”

Oh my God. Still nothing. He’s not making a move. How is this happening? “Don’t tell me you’re afraid,” I bite at him, getting frustrated. “Take it!” I hiss harshly.

He moves so fast then and I suddenly find myself wrapped in the duvet again, my back against the wall, with him pinning my arms tightly at my sides in a matter of seconds. Holy hell!

“It is you who is afraid,” he says, glaring down at me.

“You hide the truth from them all and even from yourself.”

“The truth?” I scoff. “The only truth here is that you want me dead, so I’m gonna do whatever it takes to stop that from fucking happening.”

His eyes flash with realization. “You exposed yourself to manipulate me?”

Urgh. I hate the way he says my name. It has my body reacting in a way I don’t fucking want it to. “I hate you! I hate your kind!” I yell at him, loathing that he’s able to affect me.

He smiles with amusement. “Your fear speaks lies to me.”

“I don’t have the fucking fear gene!”

He shifts his grip on my arms, grabbing my wrists in a single hand and raising them up above my head. With his free hand, he presses his fingers gently to my heart. “This is what possesses such fear. You hide it from them all.” His enthralling hazel eyes lock with mine. “You are pure of heart. You are not like the other Tainted. There is no real malice. You do not possess a desire to kill, at least, not when you are in human form.”

“To protect your life and those of your pack. Not for pleasure. You do not relish the kill. It disgusts you, does it not? Except when you are wolf.”

The fact that he knows any of this is fucking worrying. Shit. “Get off me.”

Confusion flickers in his eyes. “You are upset with my observation?”

I growl at him.

“Then, by all means, try,” he challenges, releasing me suddenly and stepping back.

I push off the wall. His eyes are on me. All over me.

“You should not expose yourself so brazenly,” he tells me. “It is a gift,” he says, gesturing to my body. “It should be treated as such and only given to those who are worthy.”

“Merely a statement of fact”. 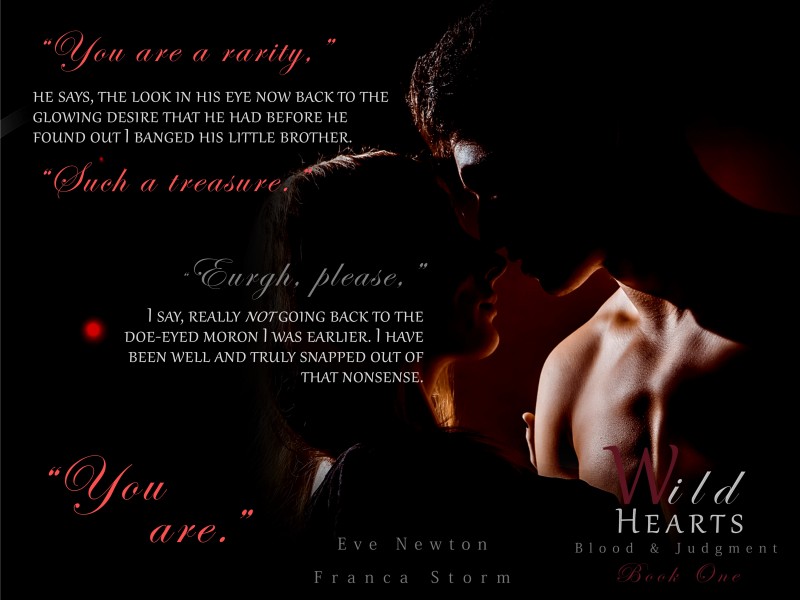 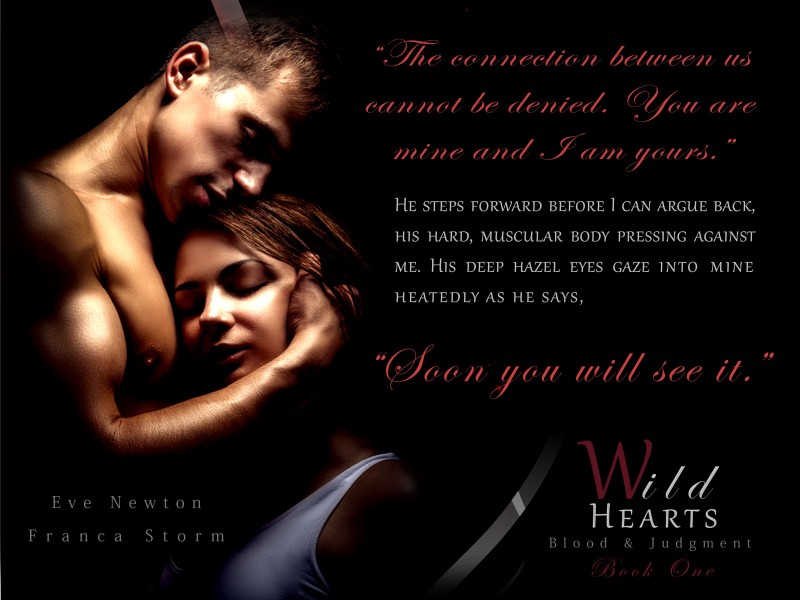 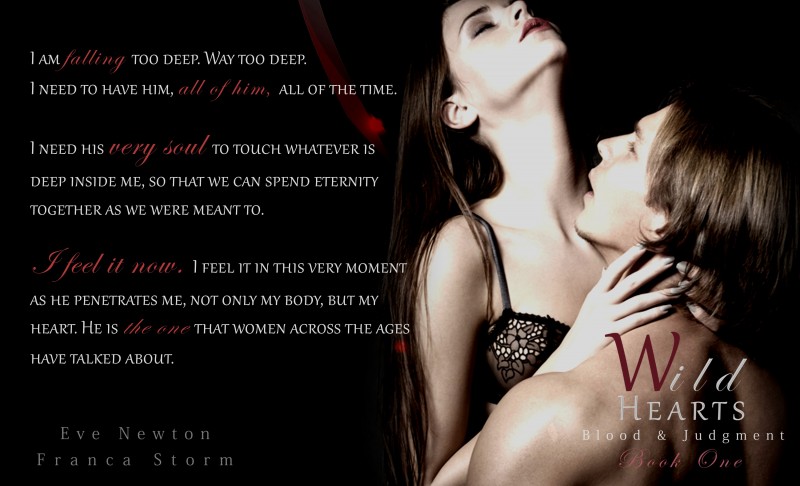 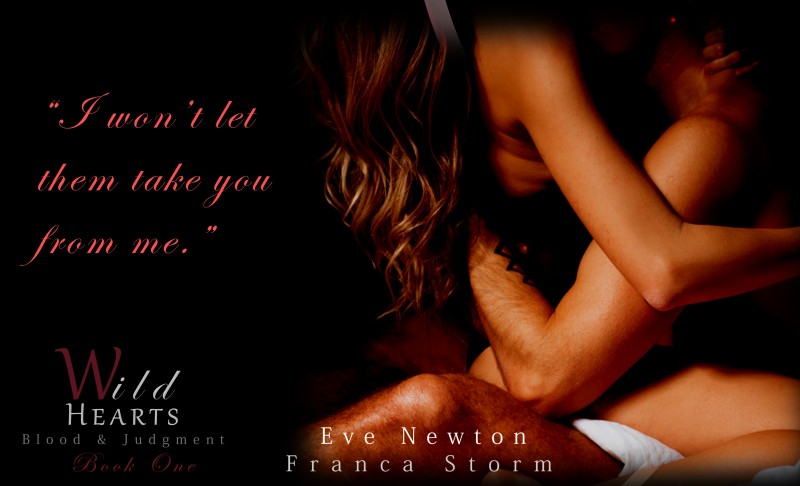 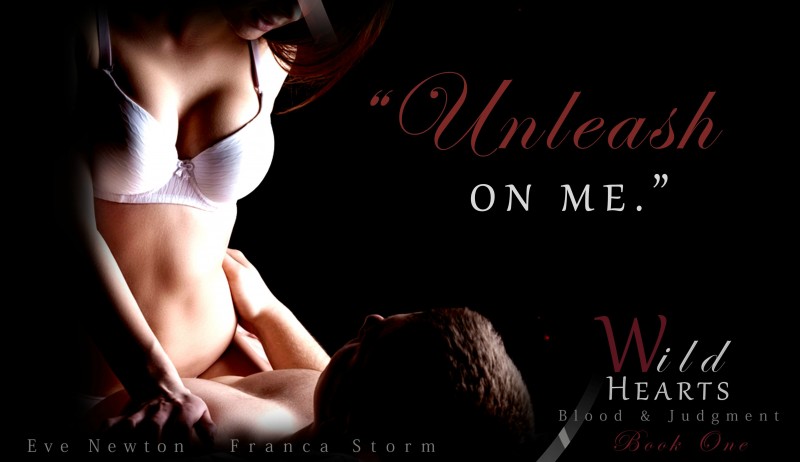 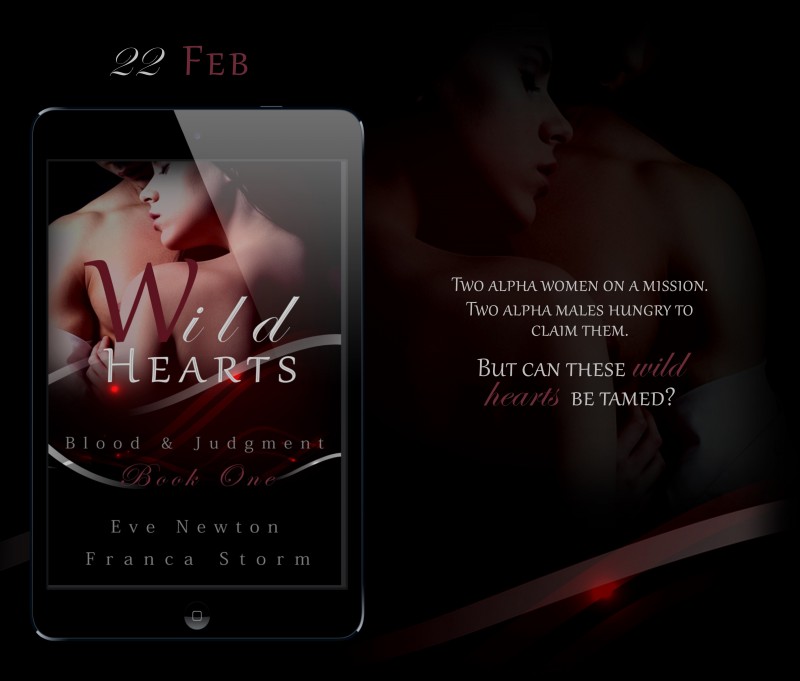