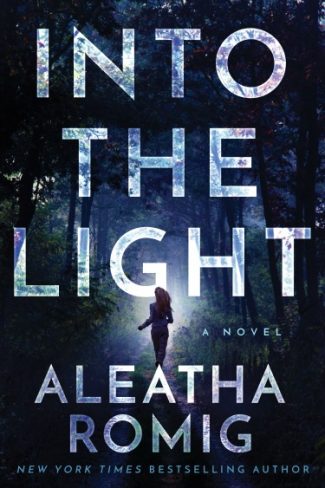 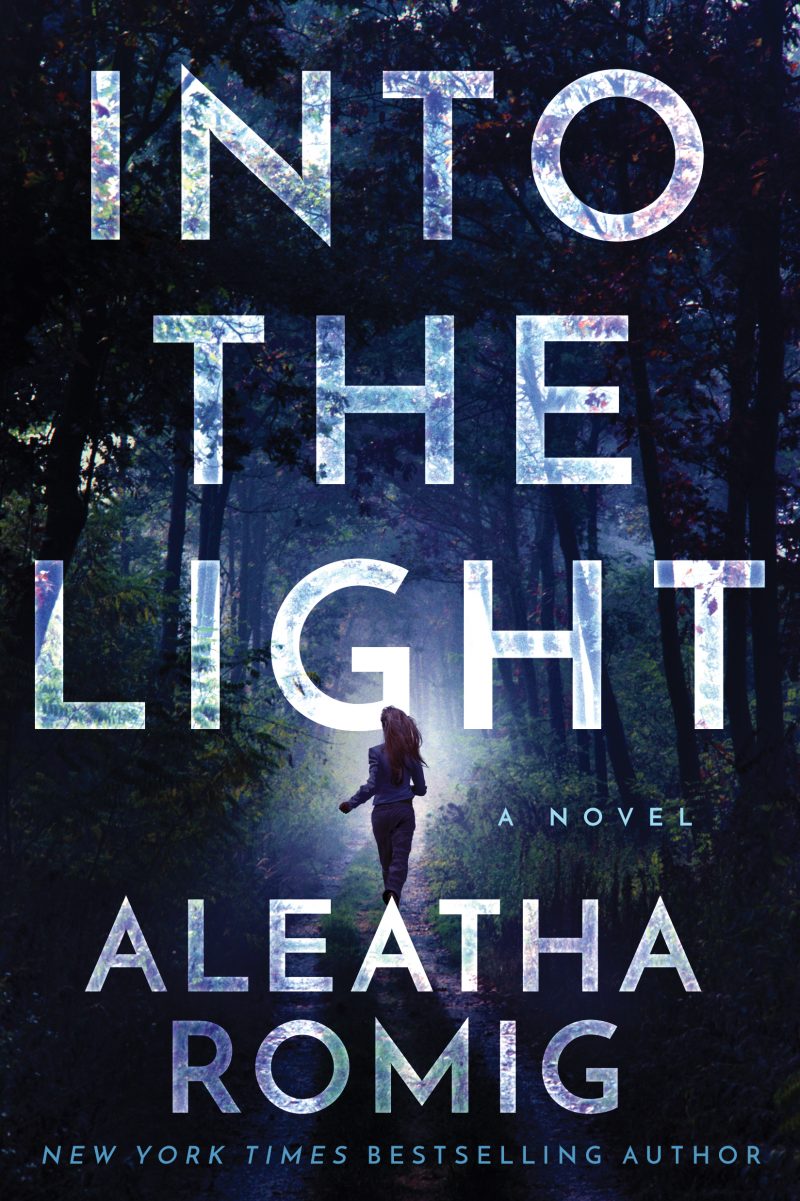 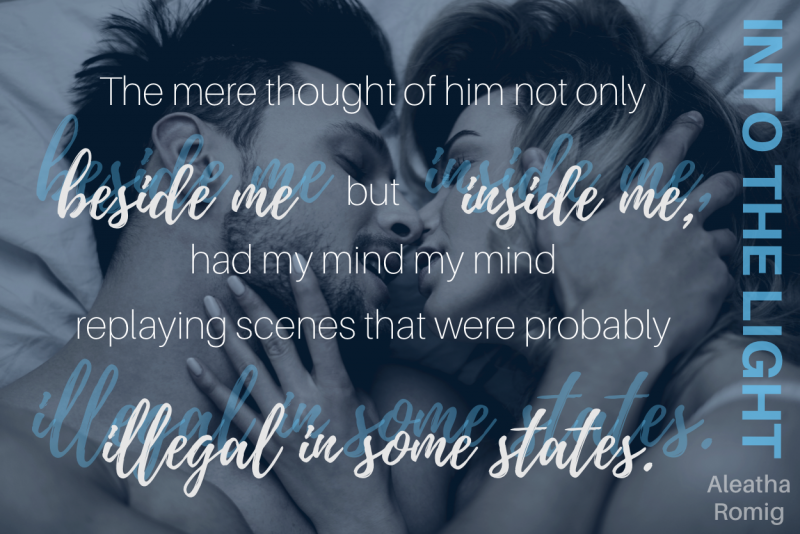 Though I’d hoped to learn more about his meeting, with the events of the day and the warmth of his silent embrace, in no time at all, I began to drift off to sleep. I was nearly there when Jacob moved. Rolling me to my back, he hovered close and smoothed my long hair away from my face.

“Are you still awake?” he asked, his minty breath blowing over me.

His simple apology had my full attention. I wasn’t sure I remembered hearing those words from him.

I smiled. “Thank you. I was scared, but Raquel and Elizabeth were with me the entire time. And Brother Benjamin,” I added, suddenly fearful of not acknowledging that a man had helped.
He continued to run his fingers through my hair. “I didn’t want you to think that I’d been quiet because of anything you’d done. You were perfect.”

It was difficult for me not to ask the questions running through my tired mind, but lying on my back helped me remember. “Thank you, Jacob. I want you to be proud. I’m sorry that I embarrassed you. I’m sure that’s what Father Gabriel was speaking to you about.”

His hand and breath stilled, as if he was considering his words carefully. “We’re leaving the clinic tomorrow. However, instead of going to our apartment, we’ll be staying at the pole barn for a while.”

“I don’t remember our apartment or the pole barn, but I’ll go wherever you take me.”

His lips brushed mine. The light touch ignited a spark that detonated flickers of yearning throughout my body. I lifted my lips to his, wanting more than the chaste endearment.

“Sara, I . . .” Jacob didn’t complete his sentence; instead his hand slipped behind my head, pulling me toward him. His kiss, no longer apathetic, devoured. Zeal radiated from his lips, and soon his breaths were labored. Like magnets we were drawn toward one another, closer and closer. My body liquefied, becoming pliable to his touch, while conversely, his hardened, ready to claim what was already his.

As the heat of our passion washed over us, I forgot my punishment. My attention went elsewhere. A tug on my hair propelled my head to tilt, while the persistence of his minty tongue encouraged my lips to part. Whimpers and moans reverberated in my mouth and bubbled forth. They were wordless sounds declaring my body’s approval.

The large, strong hands that had delivered pain now brought pleasure. I reached for his broad shoulders, opening my arms and willfully surrendering to his kisses. With a palpable hunger, his mouth moved from my lips to my neck and down to my collarbone. His actions sent shivers to my toes and tremors to my insides. Each kiss moved lower until he reached the neckline of my nightgown. The bra I’d worn to service was gone. My breaths quickened as each button came undone, leaving me bare and exposed to his desires.

The sound of my heart echoed in my ears as he praised my beauty and whispered admiration for what was his. When he wasn’t speaking, his lips moved lower as his five o’clock shadow tantalized my sensitive skin. It was as his skilled fingers joined the assault, kneading my breasts and twisting my hardened nipples, that primal sounds came from in my throat. It wasn’t that I feared speaking. It was that words weren’t forming. Wanting what he could give, I reached for his head, wove my fingers through his hair, and pulled him closer.

Suddenly he stopped and pulled away, leaving me open to the cool air.

Dazed and chilled, I reached for my nightgown. Embarrassed and hurt, I began to button it.

“Did I do something wrong?” 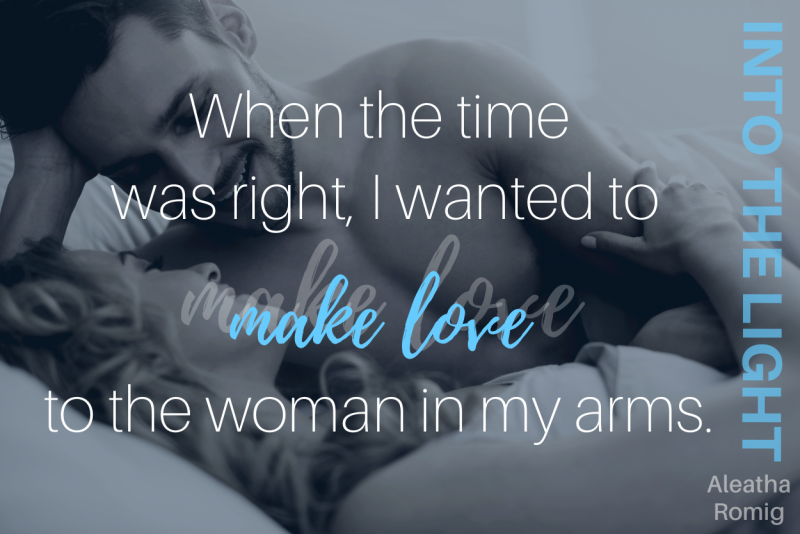 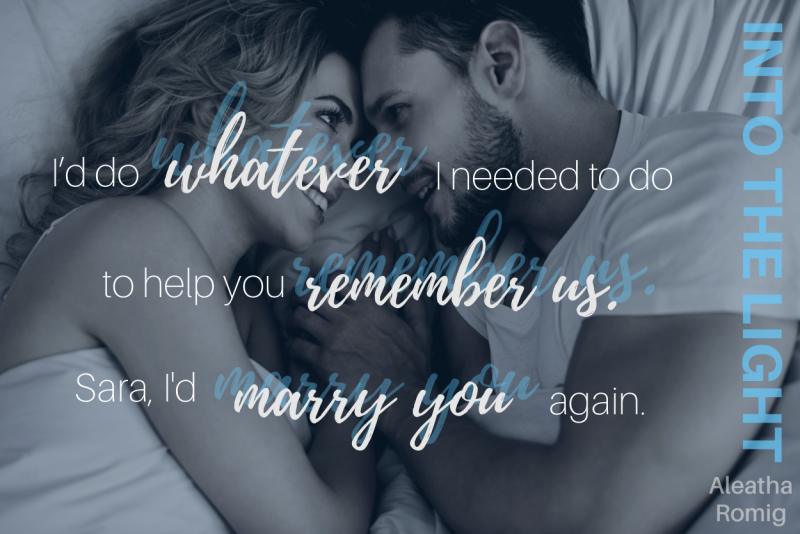 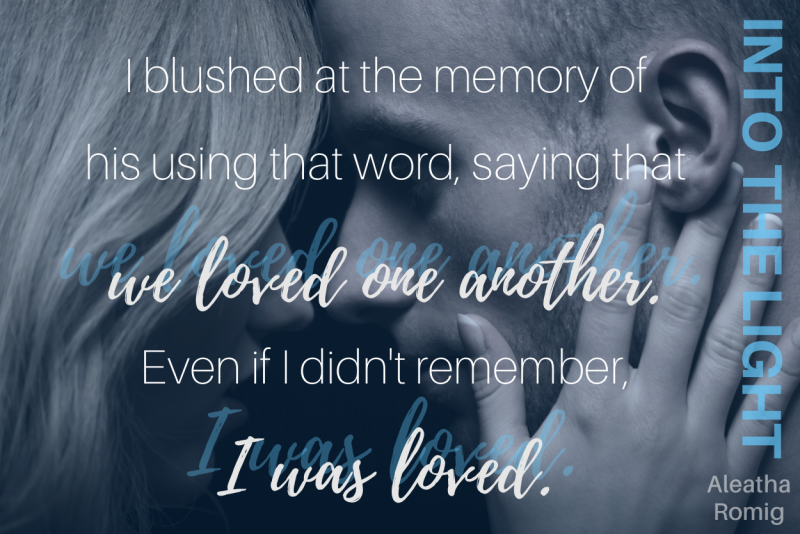 Away from the Dark

Nine months ago, Sara Adams awoke with no memory. The man holding her hand told her she’s a member of The Light, a tight-knit religious group led by the terrifying and charismatic Father Gabriel. As a woman in the community of The Light, her duty is to be unquestionably obedient and to submit to the will of her husband.

But as Sara’s memory starts to return and she remembers her past, she sees that everything she’s been told is a lie. The Light is an insidious and dangerous organization, and its corrupting influence reaches well beyond the confines of the remote campus where Sara is being held.

With everything at stake, Sara struggles to sort out her true memories from her indoctrination. The desire to escape consumes her, but who can she trust? And what other followers of The Light were forced into this life, brainwashed to believe they belonged? The more she remembers, the more it becomes clear that Jacob, the man who calls himself her husband, is keeping shattering secrets of his own.