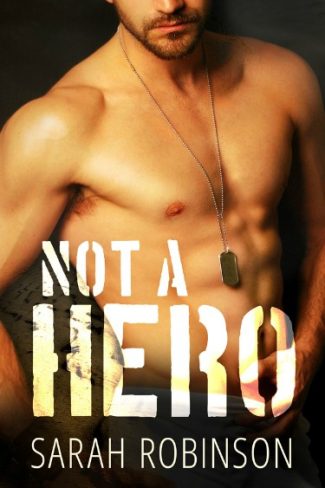 From the bestselling author of the Kavanagh Legends MMA series, Sarah Robinson’s Not A Hero is an emotional standalone Marine romance where love battles trauma, and there can only be one victor.

Former Marine, Miles Kydd, is trying to readjust to civilian life after ending his career and returning to his small home town when he learned his father was diagnosed with a terminal illness. Once the town hero and star quarterback, Miles no longer feels like the man he was, or who he’s expected to be—possibly because his demons have followed him home from Afghanistan.

Meeting Zoe Brooke, his father’s live-in nurse, gives Miles the slightest glimmer of hope that he can still find happiness despite the dark secrets he holds inside. The chemistry between them is undeniable, and together they are explosive—in more ways than one.

A helper at her core, Zoe is more than willing to care for Miles’s heart, but not at the expense of her own, and she’s not afraid to tell him that. She knows what having a painful past is like, and she wants to help him with his, if he’ll let her.

Things get complicated fast when Miles realizes burying his secrets isn’t actually the same as healing from them and if he wants the girl, he’s going to have to tell her the truth—the one thing he can’t do. 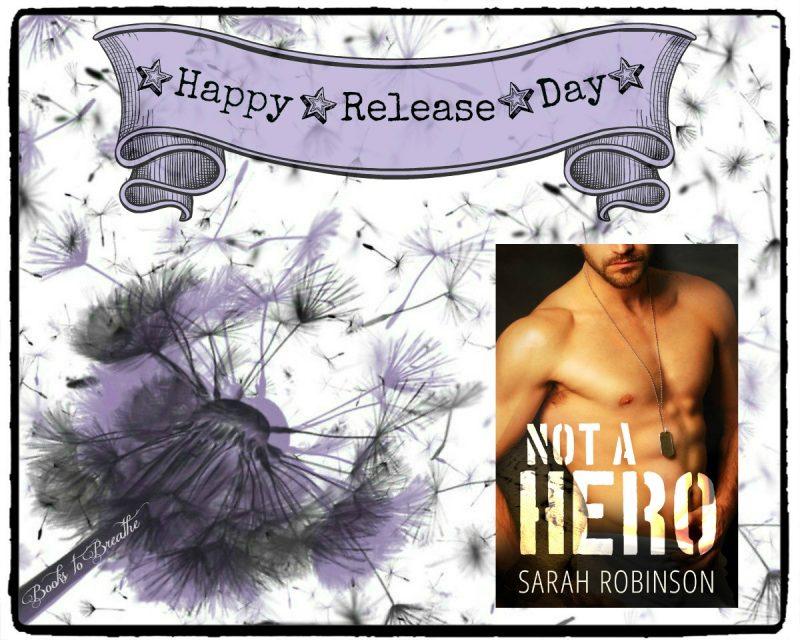 Title: Not a Hero 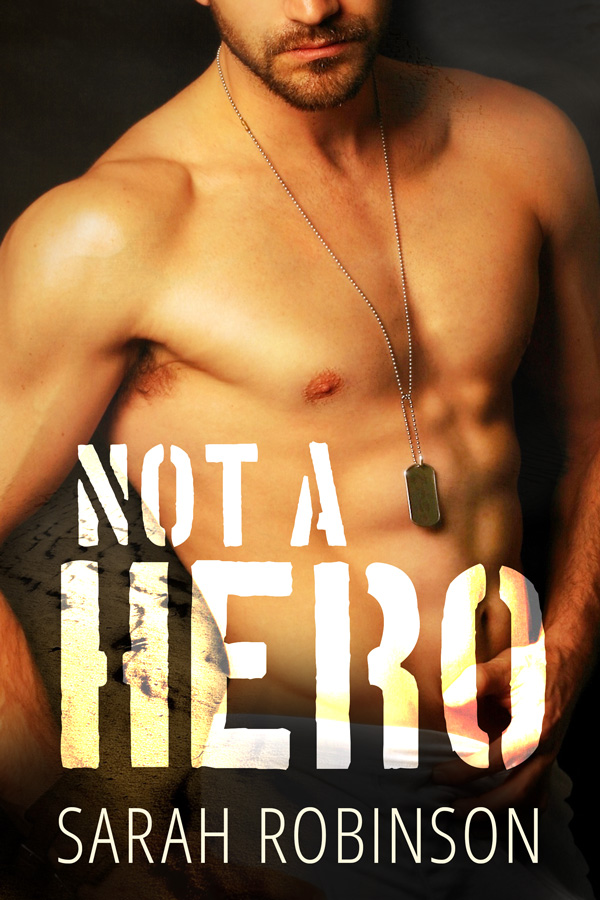 “He’s dead, Miles! He’s dead!” A familiar voice called out to him, panic thundering through his screams. “We need to go. NOW!”

Someone grabbed his arm and roughly yanked him backwards.

Deafening gunshots rang in his ears, drowning out everything else.

His feet were concrete slabs, forcing him to stare at what he’d done. Everything inside him wanted to run for cover, find safety, and forget what had happened. The concrete pushed down, the ground swallowing his feet like quicksand, dragging him down into the dusty red clay as he scrambled to free himself. Greedy and unforgiving, the dirt had his knees and kept reaching for more, and he knew without a doubt this was it.

This is how it ends, Miles thought as he grabbed at the surrounding earth pulling him into a desert grave.

This is how I am punished.

Miles Kydd shot out of his bed like it was on fire, electricity pulsing through every nerve in his body. He swiveled around, blinking rapidly, and taking in his surroundings. He quickly realized he was not on fire, but rather, standing in his boxers in the middle of the barracks filled with rows of snoring Marines in bunk beds.

A few shifted in their cots and glanced at him through half-open eyes before rolling over and going back to sleep. The flash of understanding on their faces quickly went blank as they pretended to be oblivious.

Miles’s face heated, and he rubbed his fists into his eyes, attempting to rid the images burned there. Raking his fingers through short, dirty blonde hair, the perspiration that coated his skin transferred to his hands. Taking a deep breath and then slowly exhaling, he wiped sweaty palms on his boxers and walked back to his cot.

Quietly, so as to avoid any more attention, he slid under the scratchy wool blanket almost eight years in the U.S. Marines had conditioned him to find comfortable.

Miles glanced to his right. A few cots over, the desert moon beaming through the windows reflected off the pale skin of Tobin’s shaved head, which was partially covered by the blankets pulled to his nose.

His best friend since childhood, Tobin Leach had enlisted with the United States Marines alongside Miles the day after their high school graduation. They had reenlisted an additional four years together, and now were only a few weeks from heading home.

Seeing him close by calmed Miles, easing the anxiety his nightmares and memories had left behind. He clenched his jaw, pushing down the sudden surge of familiar shame, a constant poison threatening to overtake him if he allowed it. He wouldn’t—Miles never lost control.

At least that’s what he told himself.

Taking a deep breath, he hid his demons in a dark corner of his heart. Ignoring them was the best option he had, or maybe the only one.

It’ll be easier once I’m out of this hellhole. He needed to redirect his thoughts, to focus on his excitement about heading home, his discharge official in a few weeks.

Miles was most looking forward to seeing his father. Walter Kydd had recently been diagnosed with lymphoma, which was why Miles had decided not to reenlist again as he’d originally planned. He needed to be home as much as his father needed him there.

He bit down on the inside of his cheek as he considered his father’s illness—the last man on earth who deserved such a hardship. They were each other’s only family, and Walter had given Miles everything he’d ever needed and more. It was more than father-son, Walter was his everything.

A heaviness pressed on his chest, and he turned over on his cot, attempting to change his line of thinking to something positive, something to push the sadness away.  His thoughts drifted to his mother—not a topic which could aid his melancholy state—and he pushed that away as well.

Miles squeezed his eyes shut, exhaling slowly. I can do this.

Only one more month in Afghanistan.

Only one more month until his feet would be back on American soil. Then a few weeks later, he’d be walking down those Pennsylvania roads he loved.

It was time to go home. 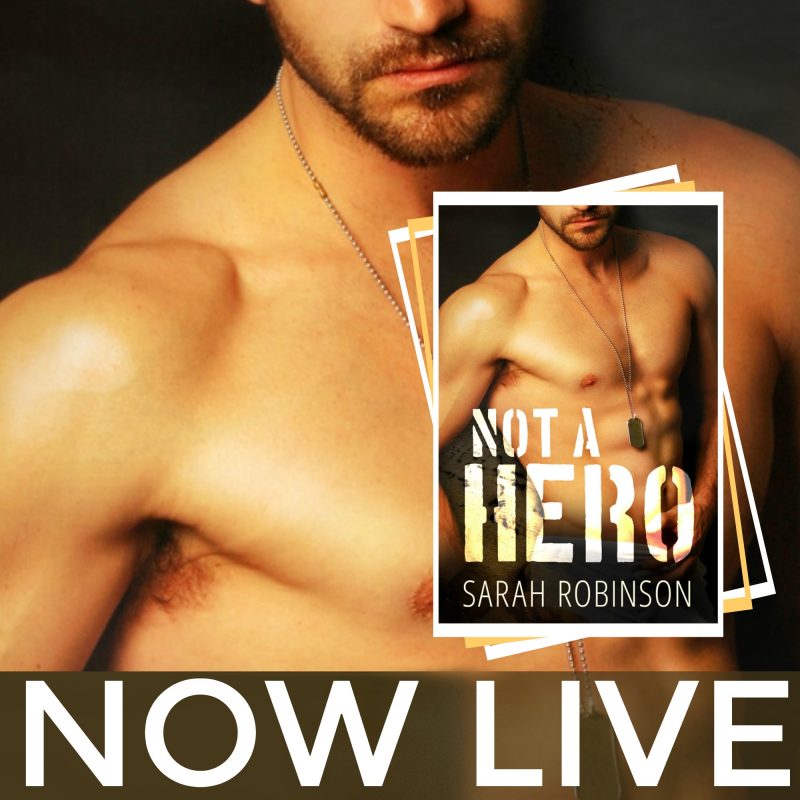 One response to “Release Day Blitz: Not a Hero by Sarah Robinson”