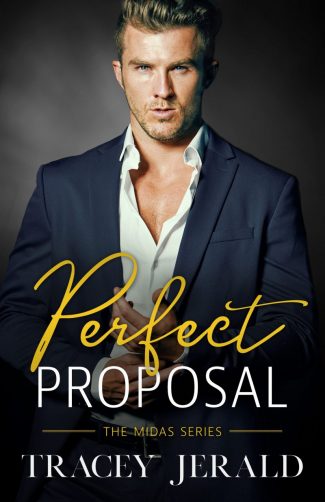 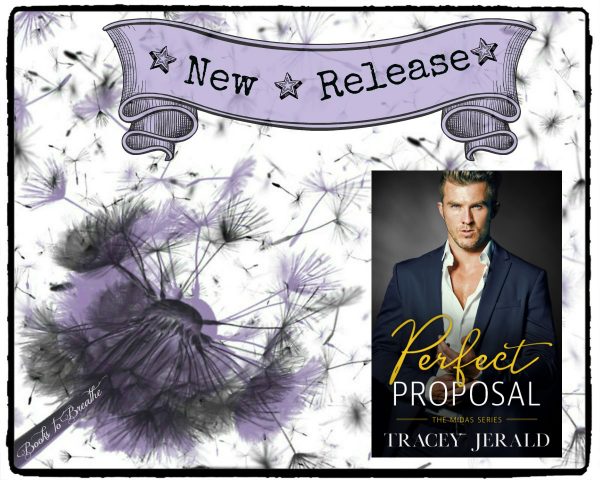 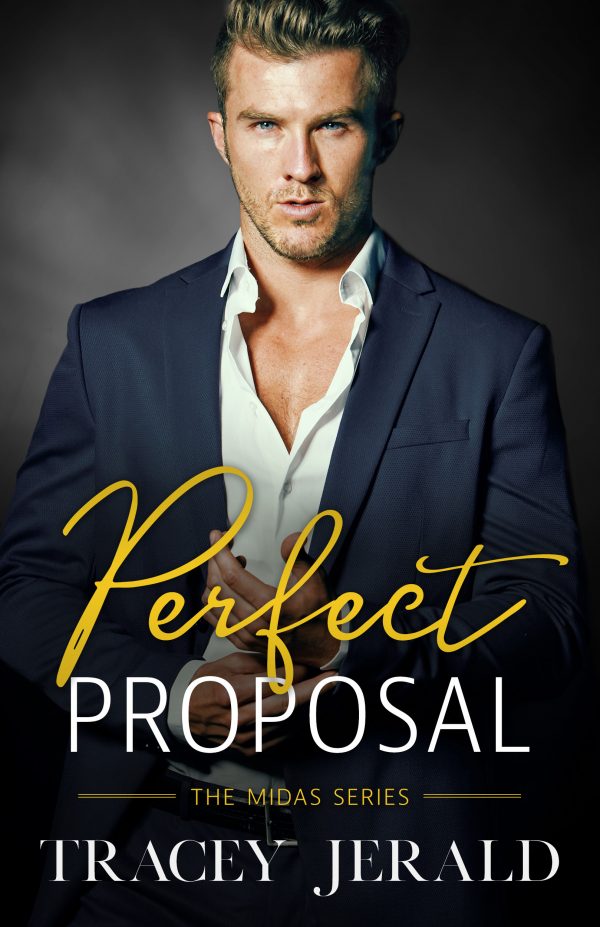 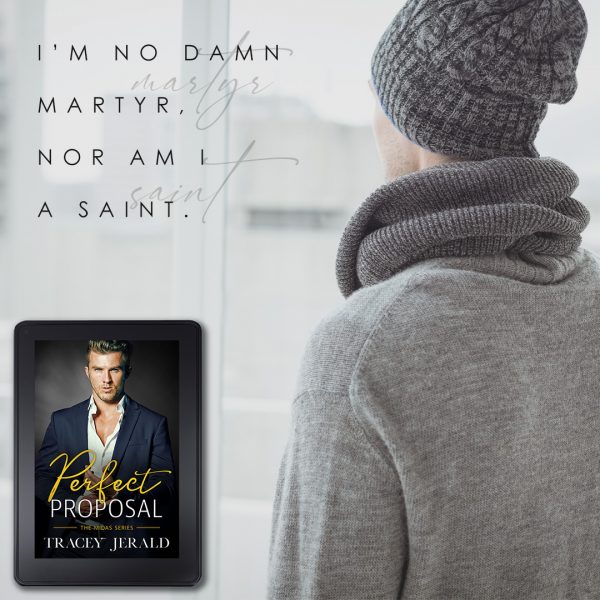 I hear David call out a greeting to Angie as he makes his way into the outside office. My heart begins to pound when I remember the deliciously controlled way he took me up against our headboard last night. Despite the warm air allowing me to shed my suit jacket, chills run over me, raising the hair on the back of my neck.

It’s been like this since I met him half a decade before. Whereas I spent a career building a reputation as a cutthroat attorney, I wanted—no, needed—David to see me as someone beyond that.

For almost two years, I tried to bury the urges he stirred in me every time he was in my presence, which was too damn often to name. Client after client, meeting after meeting, unable to do a damn thing because I was his boss, yet being forced to endure overhearing the occasional office rumors and wanting to rip someone’s perfectly coiffed hair out of their head out of sheer fucking jealousy.

I’m no damn martyr, nor am I a saint. Watching David burn through relationships and my own need to be held born from assuming too much responsibility pushed me for a time into the arms of a carelessly amusing man where, fortunately, we parted amicably, realizing we were better friends. We continued to be each other’s escorts when life required it. And for a short time, I was content.

The status quo changed when I came to work one day to be the recipient of David’s snide remarks as he slapped a tabloid on my desk. “He’s who you want, Burke?”

Lifting the paper up, I admired the photo of Becks wrapped around the lead singer of the group we’d signed the week before, Silverthorn. They made an attractive couple, my mind whirling on how I could help marketing capitalize on the PR.

With a sigh, I dropped the paper. “What do you expect me to say?”

“That you have more respect for yourself than to waste yourself on a man like that.” David flicked his hand toward the paper, but, God. He could have been talking about himself.

And like the clicks of a tumbler releasing a lock, the door of my imagination flung open, showing me the path of what I needed to do.

I needed to leave Wildcard. I would never find my happiness if I saw David in this toxic environment every single day.

“You’re right.” I must have shocked him, because he fell back a step. “Now, if you’ll excuse me?” I gestured toward the door.

“Burke?” His voice was hesitant.

“I need to make some calls, David,” I told him firmly. Already lifting the receiver on my desk, I raised my brow as he stood there. “Please close the door behind you.”

David cursed as he closed the door. I finished dialing, calling one of my closest friends to read over my contract to review my noncompete clause. Finding out my interpretation of it was accurate, I thanked him before hanging up.

I told the owner that evening, after dodging David with a closed door that day.

I was asked, begged, to stay on. Despite the offer they tempted me with, I refused. It wasn’t money. As challenging as the job was, it didn’t allow me the one thing I needed.

Freedom. And I got it.

A few weeks later, I called David into my office to announce my departure. He looked like I’d slapped him after I announced I was leaving. But what I didn’t expect was that we’d be at odds. I thought it would tear down the walls between us.

I thought I’d made a grave mistake. That is, until his anger catapulted him into my office to demand credit and respect, when he’s always had both from me, further reinforcing my decision to leave.

My life, held dormant for too long under responsibilities I inherited, flew back through my soul when his face slackened in shock seeing me being escorted out that final night. That was three years and three weeks ago today.

And I do believe it was in that moment, David ever saw me, not his boss. But later, when weeks after our first official date, he pulled me around the corner and angled his dark-blond head downward for our first kiss, muttering, “Don’t let this be a mistake,” I knew I meant as much to him as he did to me.

Now, as I type furiously on a contract template to adjust the terms for this crazy all-women metal band, I smile fondly in remembrance of the way he prowled into the office a few weeks later after that kiss carrying a slice of dark chocolate cake with dark chocolate sour cream frosting that tasted like sin bursting on my tongue, his jealousy making his eyes look more green than brown that day. And it was even more decadent when mixed with the taste of his cock as he thrust himself over and over in my mouth, kneeling astride my shoulders as I lay back on the plush office rug. But even now, I can’t recall a better taste than his lips capturing mine, which were still smeared with chocolate and cum, when he thrust inside me for the first time, whispering, “You’re mine.” 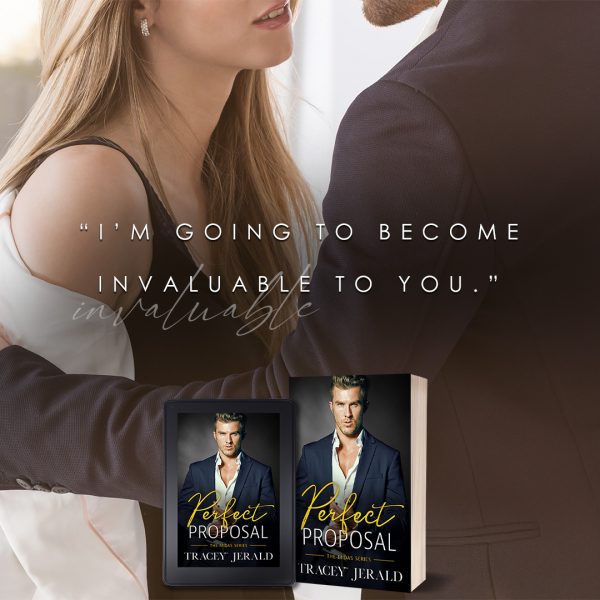 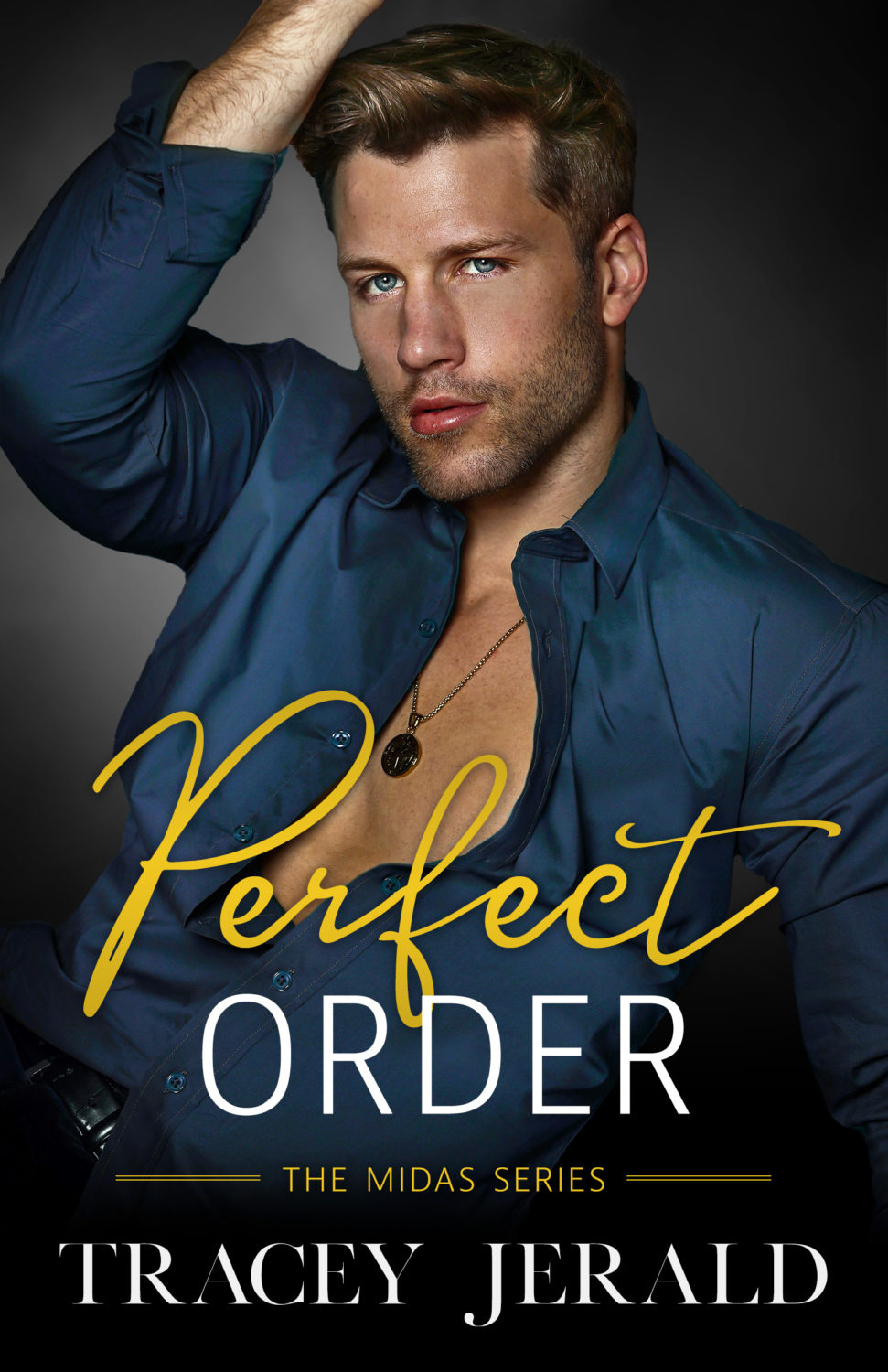