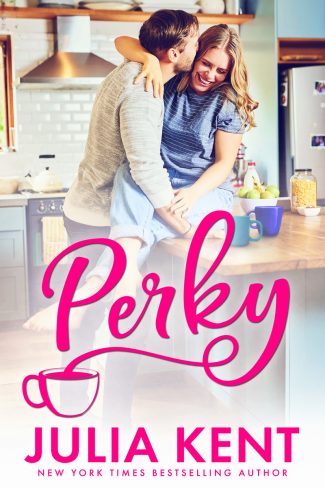 One hundred years ago when I was young and impulsive (okay, it was five, alright? Five years ago...) I let my boyfriend take, let's just say... compromising pictures of me.

(Shut up. It made sense at the time).

Surprise! The sleazy back-stabbing jerk posted them on a website and, well, you can guess what happened. That's right.

I'm a meme. A really gross one.

You've seen the pictures. And if you haven't - don't ask. And don't look!

As face recognition software online improves, I get tagged on social media whenever anyone shares my pictures. You try getting a thousand notifications a day, all of them pictures of your tatas.

It's time for revenge. Let him see how it feels! But how do you get embarrassingly intimate pictures of your jerkface ex who double-crossed you five years ago?

Especially when he's a member of the US House of Representatives now?

Getting sweet between the sheets with a congressman is pretty much every political roadie's dream, right? I'm one in a crowd.

Except to this day, he swears he didn't do it. Pursued me for months after I dumped him five years ago. Begged me to take him back.

And I almost did it. Almost. I was weak and stupid and in love a hundred years ago.

But I still have the upper hand. Second chance romance has all the emotional feels, doesn't it?

I can't wait to punch him in the feels.

All I need to do is sleep with him once, take some hot-and-sweaty pics of him in... delicate positions, and bring him down. That's it. Nothing more.

Pictures first. Revenge after. And then I win.

At least, that's how it was supposed to happen. But then I did something worse than sexting.

I fell in love with him. Again. 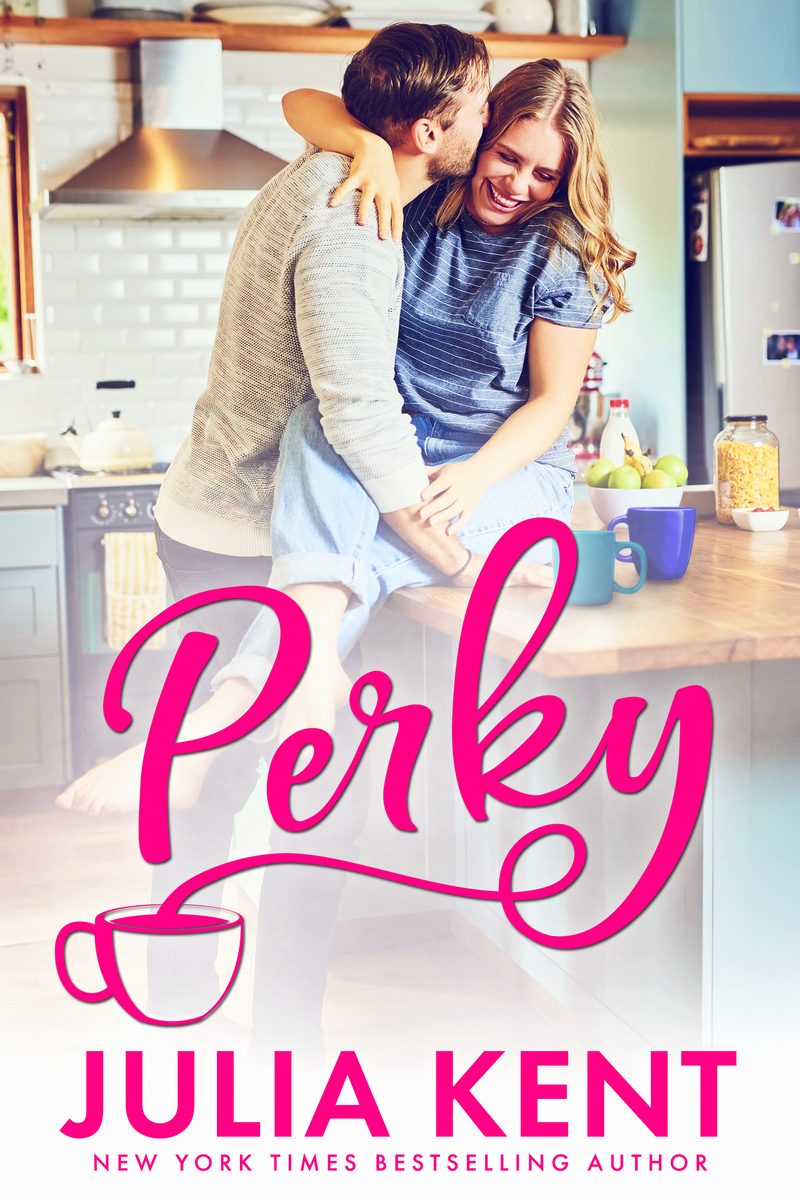 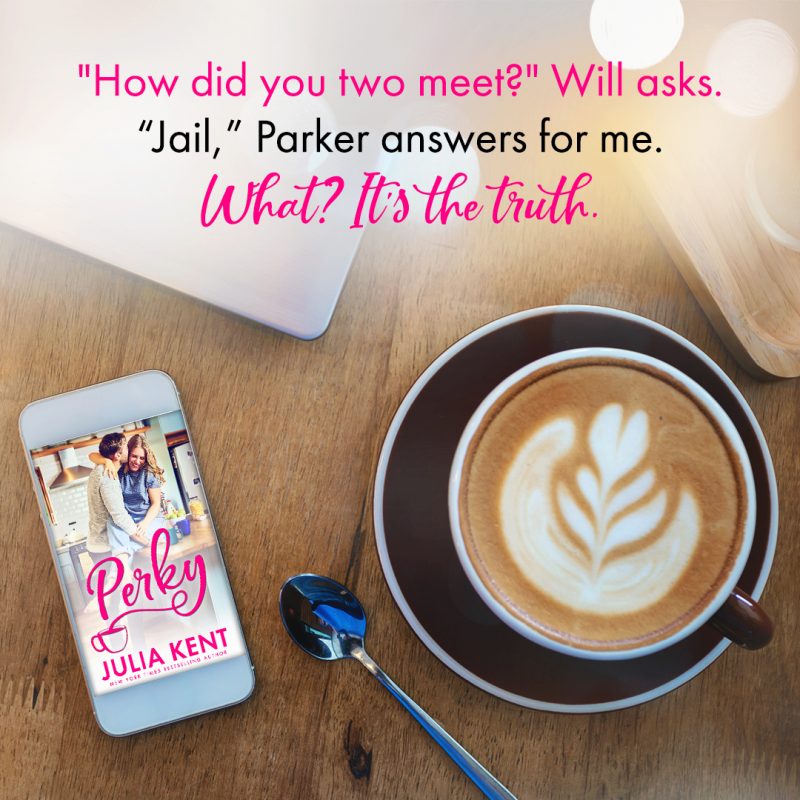 Yet I hate Parker for what he did to me five years ago. He’s my ex.

And his tongue is unbelievable.

One of his hands sinks into my hair, fingers threading through it, tugging just hard enough to make all the blood in my body rush between my legs, a tidal wave of–

I break the kiss. Parker’s eyes are still closed. Most guys would look stupidly awkward with that face, but not him, with blond hair cut fashionably close, enough wave to the bangs to make him, um…

His close shave makes his cheek so soft, but his jaw is strong and hard, the scent of aftershave and his natural musk making me weaker than I should be.

He’s kissable and hot and one thousand images of his naked body mashed against my naked body run through my mind until they suddenly stop, like a slot machine going Ping! Ping! Ping!

And the final ping! is a picture of me, naked on a bed, with my boobs on display.

And two dogs humping on the pillow above my head.

I’m not making this up. You’ve seen the damn meme.

What would you do to the guy who posted that picture on the web? The one who ruined your life by turning you into an object of worldwide mockery?

I do what any sane woman would do.

I punch Parker in the gut. 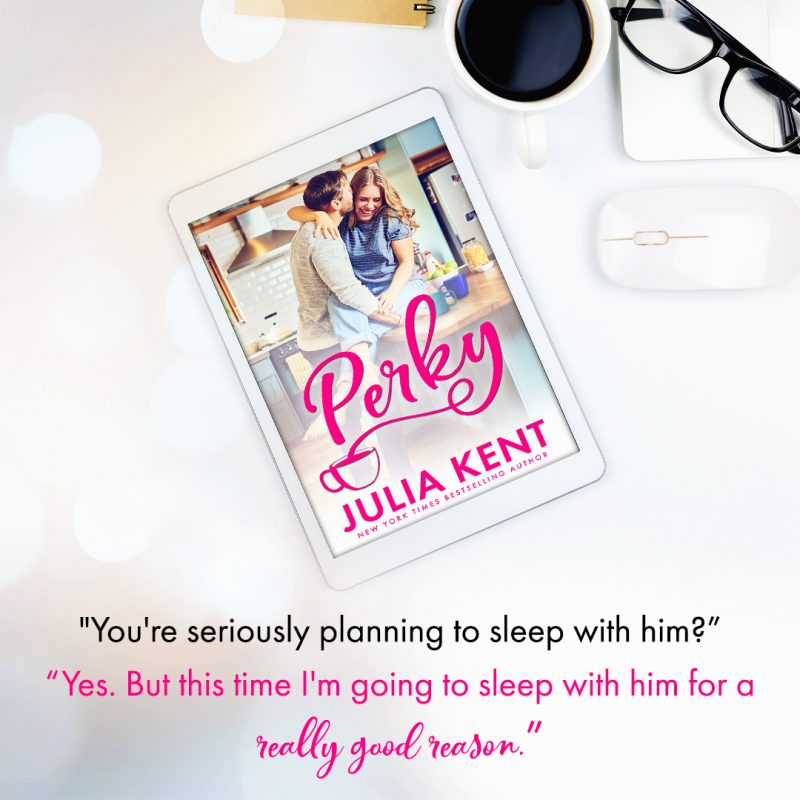 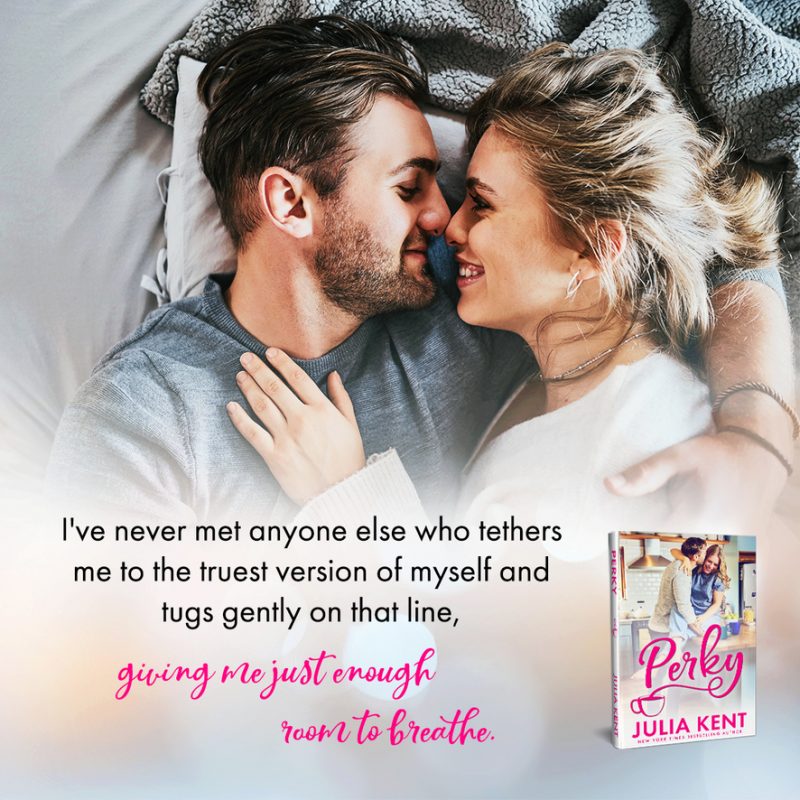 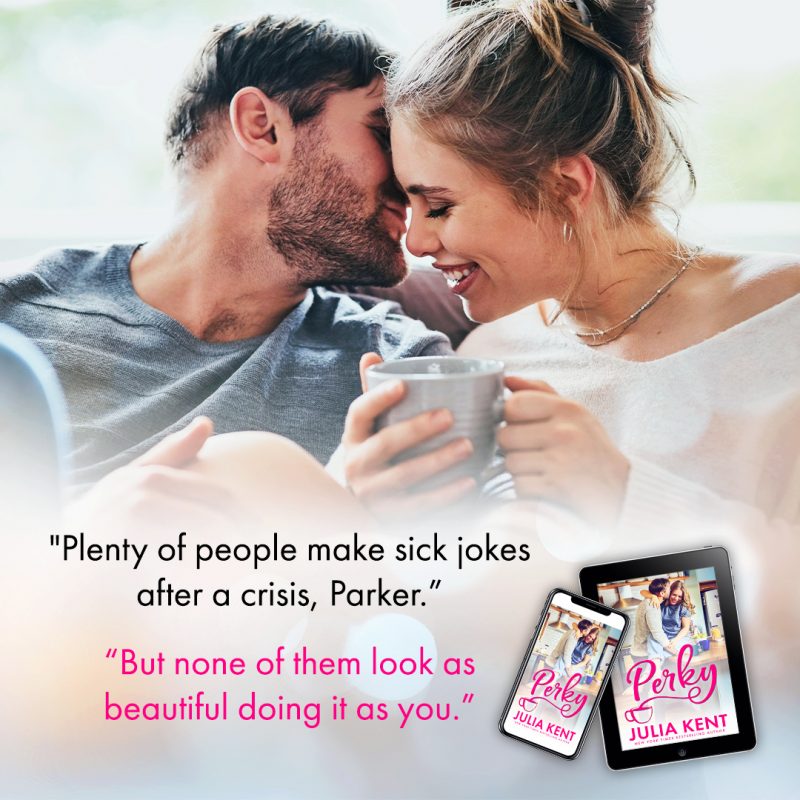 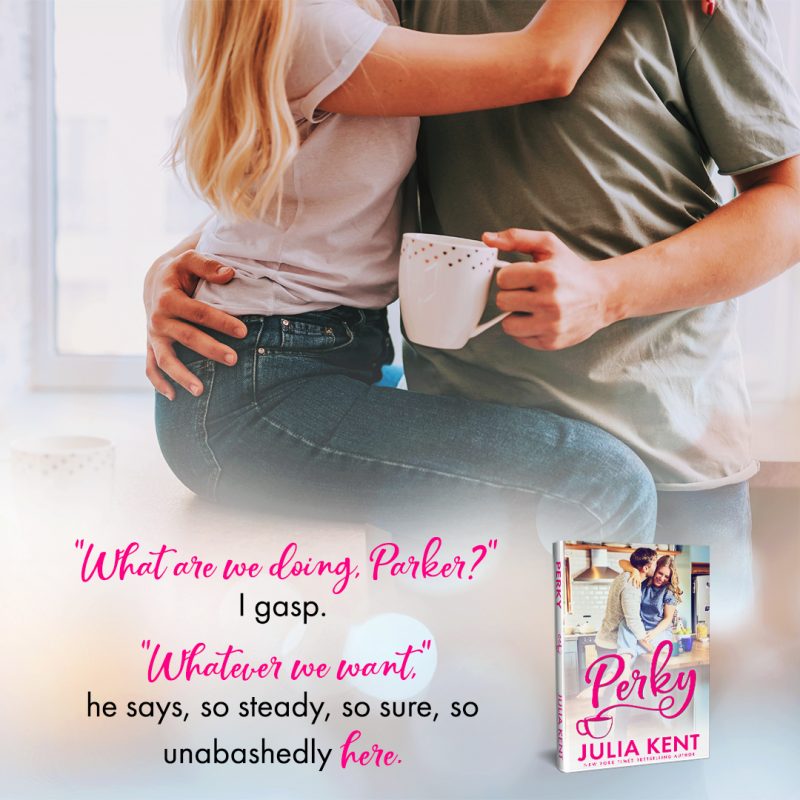 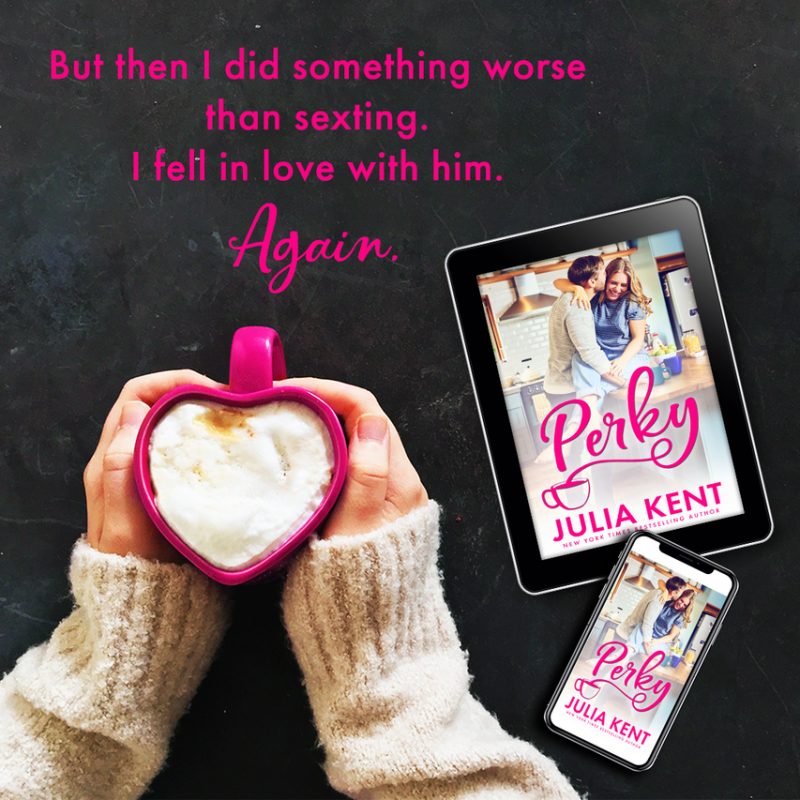 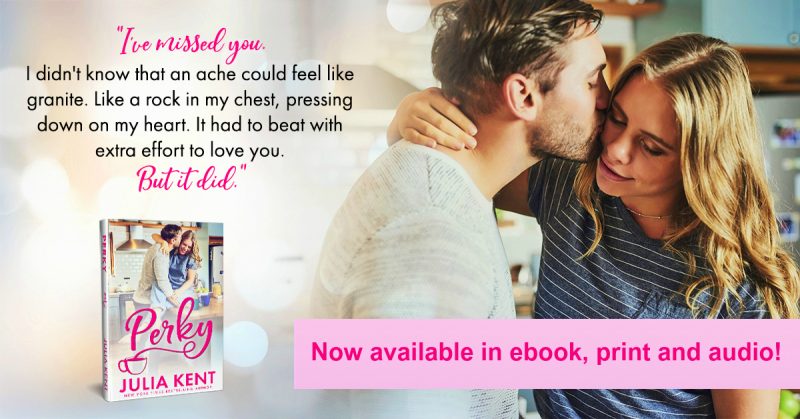 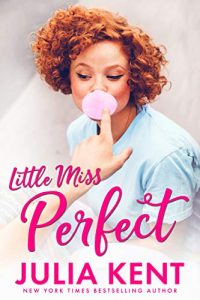 Ten years ago, my high school crush found me during senior finals week in the student parking lot with my car decorated with items you find behind a drugstore counter and a “Most Likely to…” banner that would make a pro blush.

In under an hour, everything I knew about myself was turned upside down and inside out, just as our high school career was in its final hours.

Then again, he’s the high school quarterback. He’s used to performing when the clock’s running out.

Me? I perform well under pressure, too.

But not when Will Lotham is about to kiss me.

Little Miss Perfect is a prequel to the events that take place in Fluffy, New York Times bestselling author Julia Kent’s new book. It can be read on its own, without having read Fluffy. 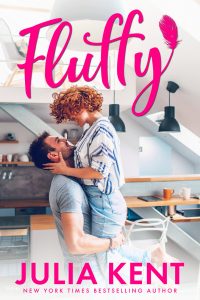 It all started with the wrong Help Wanted ad. Of course it did.

I’m a professional fluffer. It’s NOT what you think. I stage homes for a living. Real estate agents love me, and my work stands on its own merits.

Sigh. Get your mind out of the gutter. Go ahead. Laugh. I’ll wait.

See? That’s the problem. My career has used the term “fluffer” for decades. I didn’t even know there was a more… lascivious definition of the term.

Until it was too late.

The ad for a “professional fluffer” on Craigslist seemed like divine intervention. My last unemployment check was in the bank. I was desperate. Rent was due. The ad said cash paid at the end of the day. The perfect job!

Staging homes means showing your best angle. The same principle applies in making a certain kind of movie. Turns out a “fluffer” doesn’t arrange decorative pillows on a couch.

They arrange other soft, round-ish objects.

The job isn’t hard. Er, I mean, it is — it’s about being hard. Or, well… helping other people to be hard.

And that’s the other problem. A man. No, not one of the stars on the movie set. Will Lotham – my high school crush. The owner of the house where we’re filming. Illegally. In a vacation rental.

By the time the cops show up, what I thought was just a great house staging gig turned into a nightmare involving pictures of me with an undressed star, Will rescuing me from an arrest, and a humiliating lesson in my own naivete.

My job turned out to be so much harder than I expected. But you know what’s easier than I ever imagined?

Having all my dreams come true. 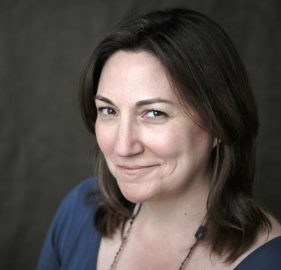 New York Times and USA Today Bestselling Author Julia Kent writes romantic comedy with an edge. From billionaires to BBWs to new adult rock stars, Julia finds a sensual, goofy joy in every contemporary romance she writes. Unlike Shannon from Shopping for a Billionaire, she did not meet her husband after dropping her phone in a men’s room toilet (and he isn’t a billionaire). She lives in New England with her husband and three sons in a household where the toilet seat is never, ever, down.