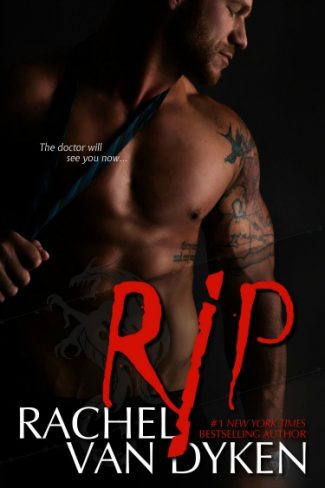 But I broke her, and now we both have to pay the price.

And now that I have her signature on an ironclad contract, I own her body and soul.

She doesn't remember me.

Because as much as I know I need to stay away, for fear of unlocking the memories I helped her father bury--I can't.

She was the apple in the Garden, dangled in front of me, her core so tempting and sweet. A voice whispered. Just. One. Bite.

Welcome to the world of the Russian mafia, where death, is your only future. 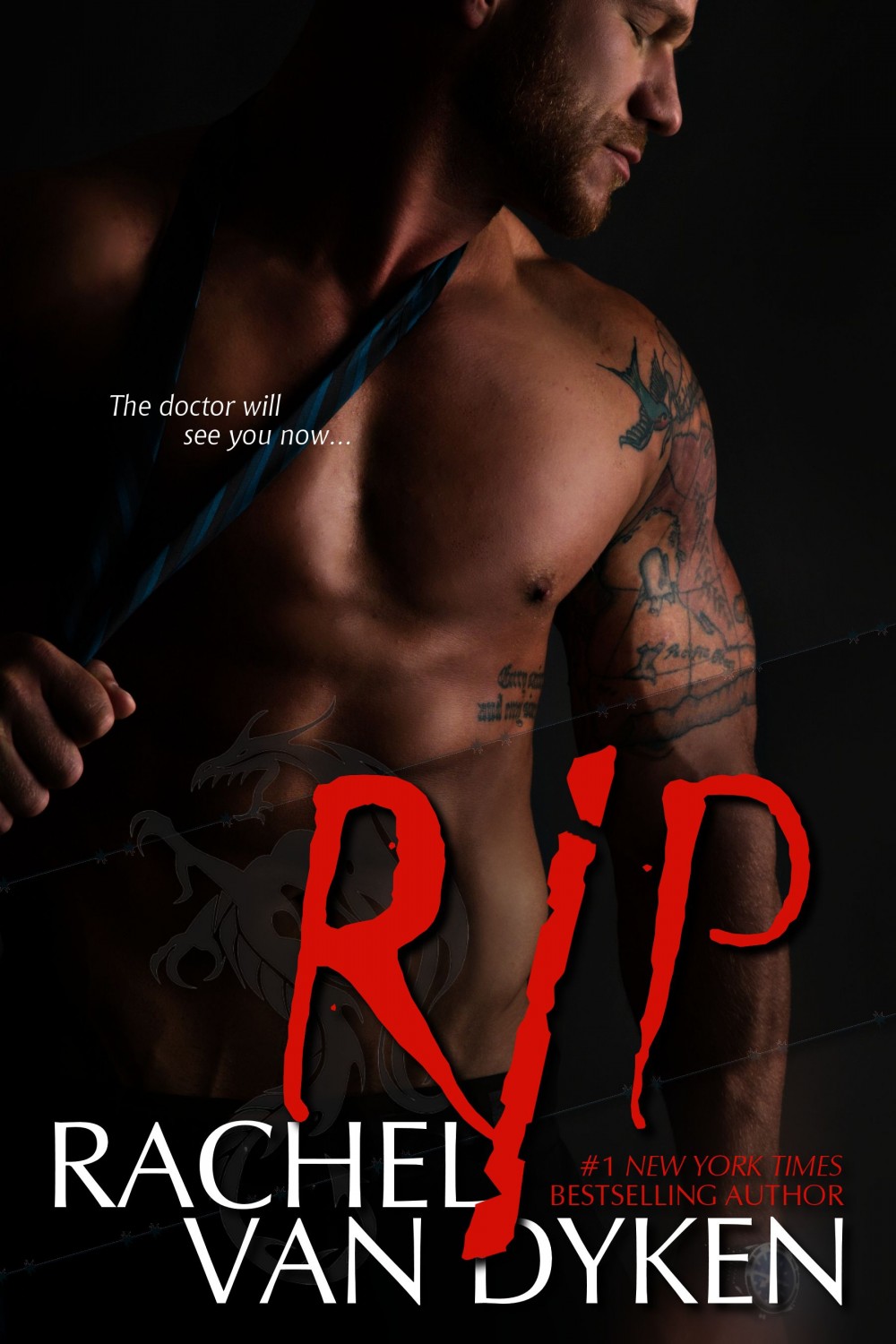 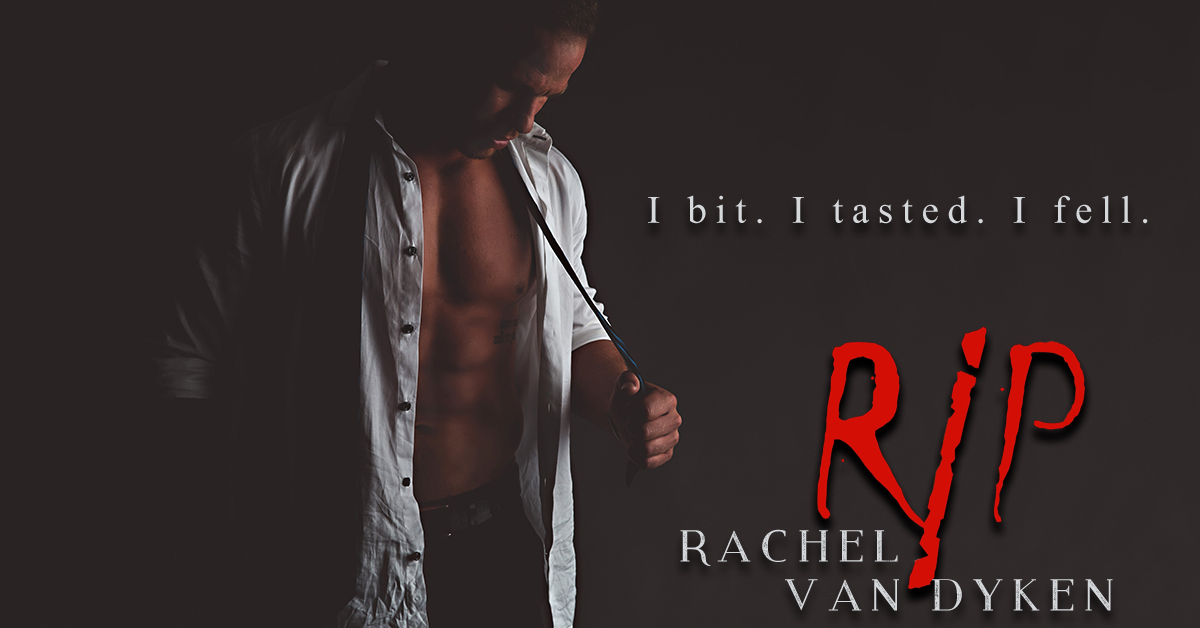 “So.” She plopped into the seat next to me and crossed her long legs. I fought hard to pull my eyes away. “Catch me up, what exactly are we doing in Chicago.”

I opened a folder and slid it across the table. “We are doing nothing. I, however, am making a speech at…a church.”

I didn’t miss her snort, or the way she tried to hide her amusement.

“Where did this attitude come from?”

“You kissed me.” Her eyes narrowed as she leaned back into her seat, not missing a beat as she let her gaze wander across my body like a caress. I’d be lying if I said it didn’t feel good, to be desired, wanted, and it was a welcome distraction from the pit in my stomach. I really, really didn’t want to go to Chicago.

“You kissed me back,” I retorted.

“Doesn’t matter, you still kissed me. The line between beast and his little toy has been crossed, therefore I kind of own you like you own me, just in a more…irritating way. I have your balls in a vise.”

“Let’s leave my balls out of the speech if you don’t mind,” I said ignoring her little ploy to get under my skin again.

“Hey.” Her grin spread smugly across her pretty face. “It may just inspire the crap out of them, you never know.”

This was a conversation that Andi would have loved, in fact, the more Maya talked the more I saw Andi in her, which just made it that much worse. Here Maya thought I was going to Chicago to slap hands with rich doctors and make speeches, when really, I was going because I made a promise, to a dying girl.

Just one more girl, I’d failed to save.

“Let’s leave all references to body parts out of my speech, hmm?”

“I’ve created a monster. Had I known feeding you would gain this response I would have tied you up in the basement with a protein bar and some Gatorade.”

“It’s not your fault. It’s Netflix. Orange is the New Black combined with the nightmares…” She yawned and it was then that I noticed how tired she looked.

I shifted uncomfortably in my seat wanting to press things further, what kind of nightmares had she been having?

“I haven’t been sleeping much. Then again I blame you for keeping me from technology for so long.”

“Which brings us back full circle. I should have never given you such privileges.” My voice came out in a bark.

“It’s a right, not a privilege,” she snapped.

“So this…” What the hell was it? A eulogy? Not really, that was Sergio, but he’d asked me to say a few words. Shit. I struggled with how to ask, I didn’t know the first thing about being at a funeral, I put people in the casket, I didn’t visit them after they took their last breath. My eyes stung with exhaustion. “I need you to help me write it.”

“Write.” I nodded encouragingly, my anger surging, breaking through all of my carefully constructed walls. Anger had no place in my business, in my life, and anger toward her, did nothing but put her in danger. “You know, words on a paper, you put them down, I say them.”

“Put that in your speech.”

“Maya.” I grit my teeth together to keep myself from snapping at her. “I need a speech, something…encouraging, inspirational, happy.”

Maya pulled out her laptop and opened it up. “Inspirational…I can do inspirational. When was the last time I was inspired…?” Her cheeks bloomed red.

“What was that?” I breathed, my eyes lowering to the expanse of cleavage, it was a welcome distraction from my morose and jumbled thoughts. “Didn’t catch what you just said.”

“I, uh, didn’t say anything.” She nervously tucked a piece of hair behind her ear, her cheeks pinkening even further.

“Your mouth didn’t…your face did.”

“Let’s not talk about my mouth…”

“I think you’re on to something…” I chuckled, bracing my hands on the armrests. Six inches, and our mouths would touch. I wasn’t just toying with breaking the contract, I was ripping it up, burning it. Just as our mouths were about to touch, I paused, lingering where our breaths mingled, hers warm on my lips, mine ragged and needy. I was right about one thing; she would be a welcome distraction, one that wouldn’t allow me to feel sad, or bothered by the fact that I was flying to a friend’s funeral.

And that history, if I wasn’t careful could repeat itself.

She moved, dislodging her water bottle. It landed with a soft thump on the floor.

I reared back and stared at it.

What the hell was I doing?

And as luck would have it, the water droplets had cascaded against my left hand, my tattoo—the mark of the sickle, the mark that would tell anyone who knew anything about the darker side of life.

Who I worked for.

What I was capable of.

What I would do—to protect not just my own identity but those closest to me.

I reached down to silence it—ready to silence it, when I noted the number. Cringing, I answered it with a smooth hello.

“You know I have eyes everywhere.”

“Good afternoon to you, too.”

Maya pretended not to eavesdrop.

The last thing she needed to know was that I was talking to her father—correction, receiving another threat.

This one not so baseless as the rest.

“Tell me something I don’t know,” I said, waiting for his response.

I rolled my eyes. “You sure about that?”

“She flushes when you’re near.”

“Cocky son of a bitch.” He chuckled. “Remember the terms of our agreement, Nikolai, I scratch your back, you scratch mine. She means nothing to me. You are the one who has everything to lose. You’ve developed a god complex, but I know all your secrets. It would take nothing for me to destroy you. You signed in blood. And it will be your blood that is spilled if you go back on your promise.”

My nostrils flared, heat surged through my body as I watched Maya happily pull out a magazine and cross her legs. Damn it, he was right. What the hell was I doing?

My lack of self control would end up getting her killed.

I knew that just as much as he did.

And he knew it. Part of me wondered if he was aware that I’d developed a conscience—then again, I’d stopped working directly with him long ago, but it didn’t mean I wasn’t still owned.

“We’ll be in touch.” The phone went dead.

And damn me for being one of the best. I didn’t get the nickname The Doctor because I had a good bedside manner.

And I wondered, as I tried not to stare too hard at Maya while she read through her magazine, would she still be alive if I hadn’t have taken the job that changed everything?

Had I damn her, then?

Had I truly saved her?

I let out a low growl of frustration; clenching my phone in my hand, ready to break it in half. I wanted so desperately to protect her from Andi’s fate, but would it be better that she died?

Would I be extending her mercy, by snuffing out her life?

Maya frowned down at the magazine, her eyebrows furrowed as the plane rose to altitude.

I didn’t shake, didn’t so much as tremble. I was a doctor, after all, and whenever I made a decision of life and death, I was calm. Humanity didn’t slip through. I didn’t have a come –to-Jesus moment, where I wondered if what I was doing would sentence me to the darkest depths of hell.

The only way I could explain it.

“Something else to drink?” I asked Maya while she popped her knuckles again. Shit, twice in a few minutes? Was there something about the plane? Or my conversation?

I nodded, already walking to the bar. I glanced to my left to make sure she wasn’t watching me, then reached into the cupboard and pulled out a syringe of sodium pentothal. It wouldn’t harm her. If anything, it would relax her more, make it so that I would be able to hold a conversation with her…without her remembering a damn thing, though the dosage needed to be precise. The last thing I needed was for her to end up unconscious.

“What time is it?” I asked while I poured the wine, keeping the small syringe in my right hand.

“Oh.” Maya yawned then glanced at her watch. “It’s nearing four in the afternoon, why?”

“Just thinking about our dinner plans,” I lied. Two and a half hours since she’d last eaten. I mentally went over her stats, weight one-forty, height five seven. She’d need a half dose at the most.

Clearing my throat, I turned, sliding the syringe into the top of my sleeve and bringing over the two glasses of wine; hers was more full.

“Wow, generous in all areas aren’t you, Nikolai?” Maya eyed the wine glass and took a long sip.

“Drink it all,” I instructed with a half smile. “Doctor’s orders.”

“All of it?” She laughed lifting the glass into the air. “This is at least two glasses.”

“At least half,” I said in a more gentle tone. “You seem stressed, and I know…I’m not the easiest to travel with.”

Maya blinked then took another sip of wine. “No, you think?”

“It’s a…” I coughed into my hand letting the syringe slip out to the tips of my fingers. “It’s not you. It’s me.”

“Okay,” she said slowly, setting her wine down on the arm rest.

“Nope.” I offered a encouraging smile. “A few more sips, trust me, you’ll feel so much better.”

The alcohol would work beautifully with the sodium pentothal. Truth serums, didn’t necessarily work by themselves, they were used in conjunction with other tools and drugs, allowing the human mind to be open to suggestion.

But no human mind or body was the same, meaning, the outcome was always different.

If Maya had any sort of…secret she was keeping close, something she wanted to tell me, but couldn’t or refused to, it would most likely come out at some point in the next half hour.

If she were harboring memories, dark ones, ones that scared her, and I offered her a caring ear, she’d jump at it.

If she was getting triggered and how.

But it was of the utmost importance that she be kept in the dark, especially since her father clearly was still keeping eyes on her.

I told myself that as she drank more wine. 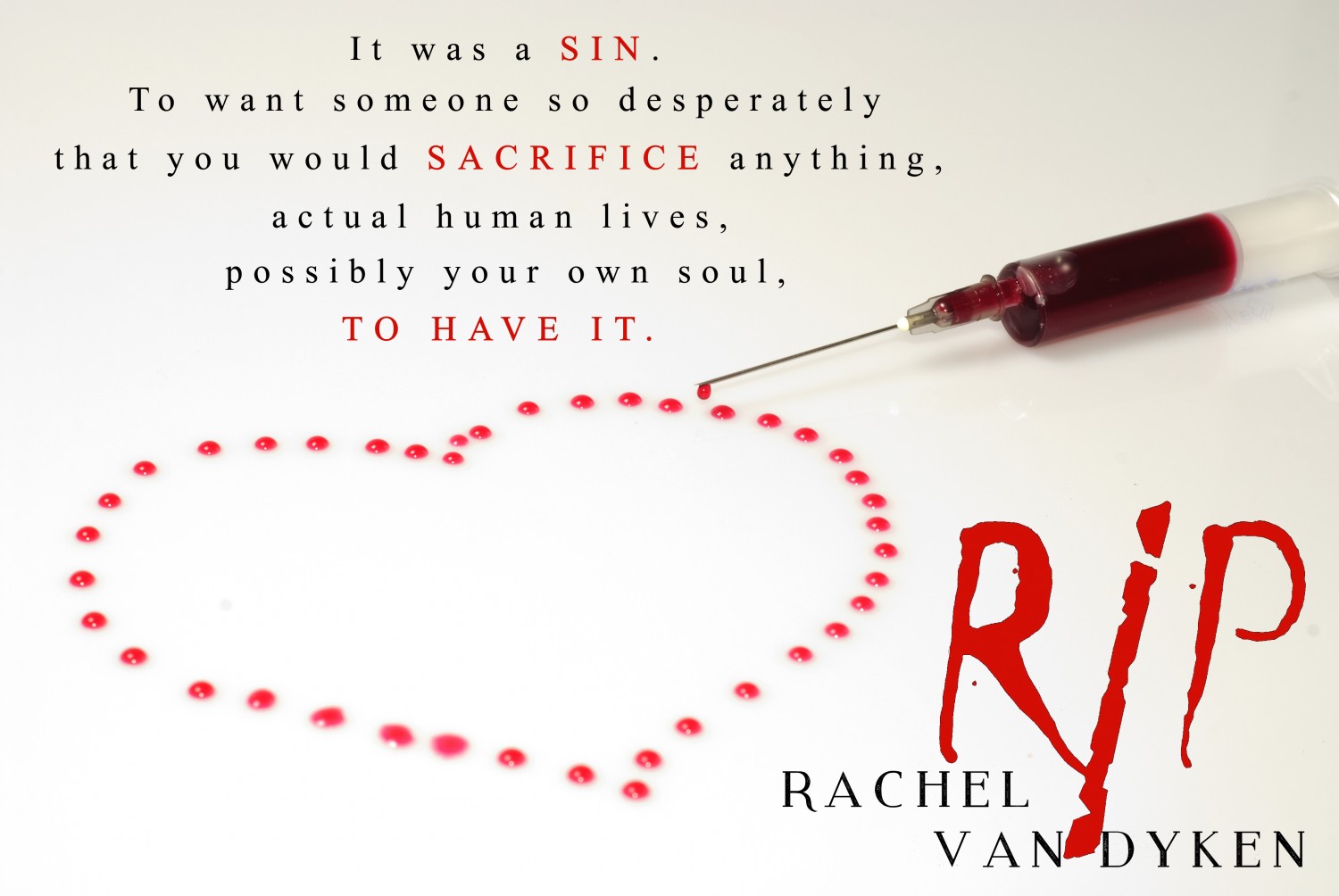 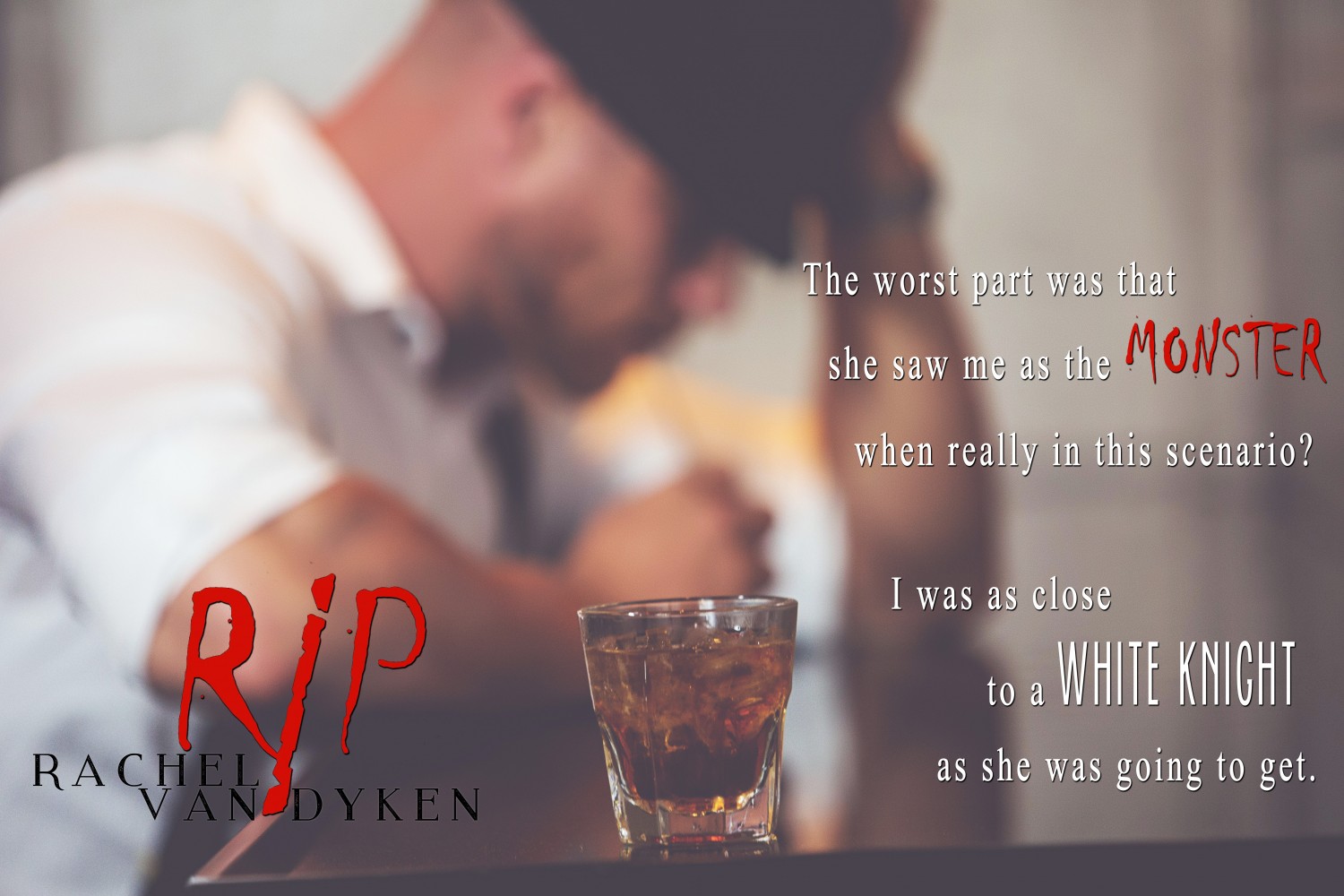 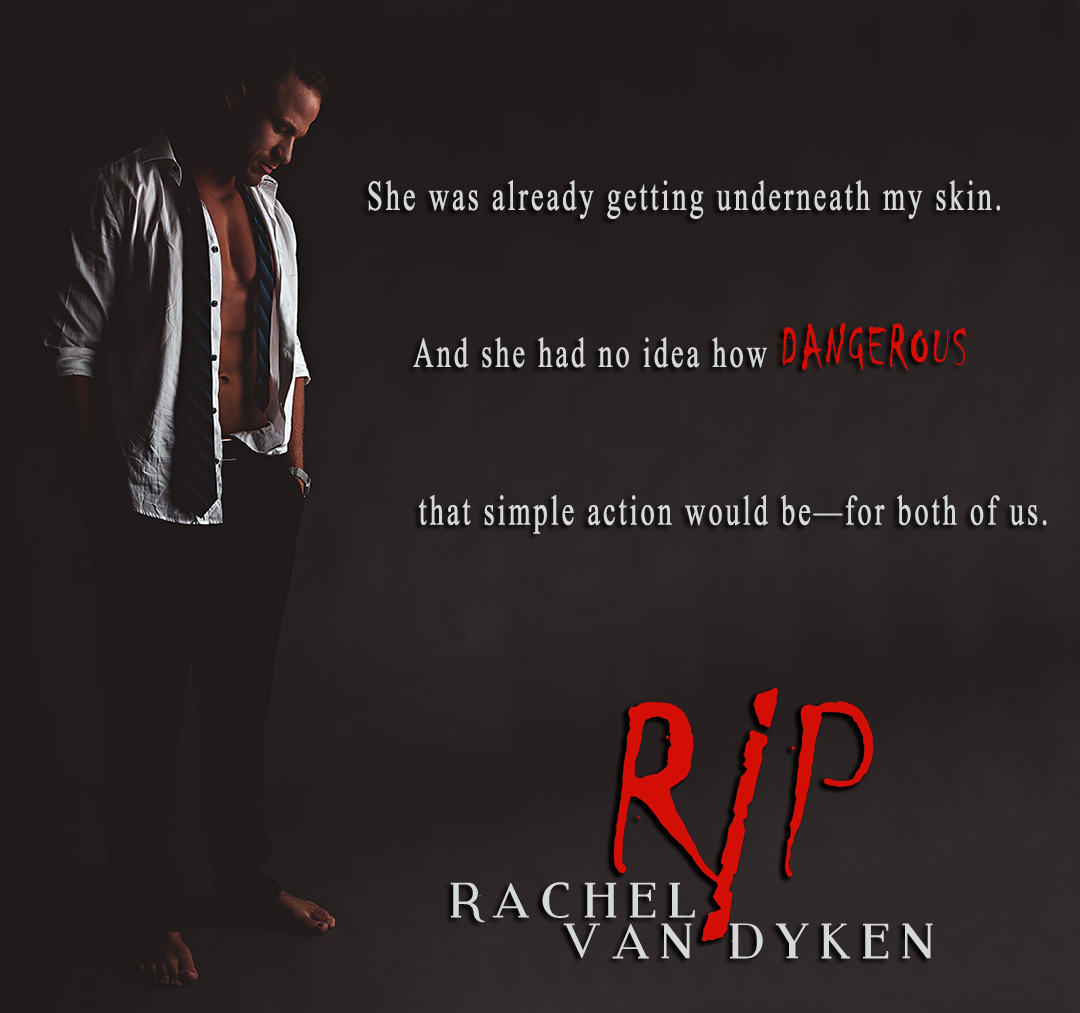