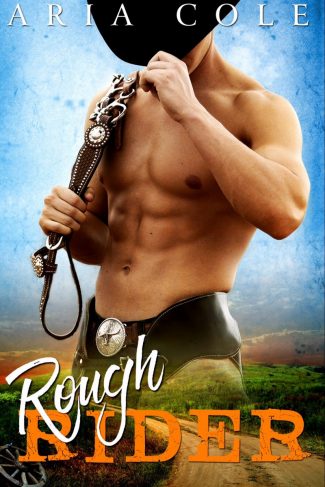 Eden Sutherland enjoys living alongside her brother in the old farmhouse where they grew up, but when he's deployed, she's uprooted to Circle C Ranch and dumped in the arms of her brother's best friend, irritatingly moody and maddeningly sexy cowboy Nash Campbell. The boy who pulled her pigtails and made the butterflies jump in her stomach for the first time when they were kids. She may have grown up running through the pastures at Circle C, but that doesn't mean seeing Nash again is easy on the heart. She's been purposefully avoiding this man for years, and now she has to call him roommate…

Warning: When this filthy-talkin' cowboy falls, it's hard and fast. Insta-love obsessed, countrified goodness is the best way to describe this rough rider. Sit back, relax, and grab a sweet tea, it's about to he heart. She may have grown-get sticky down south. 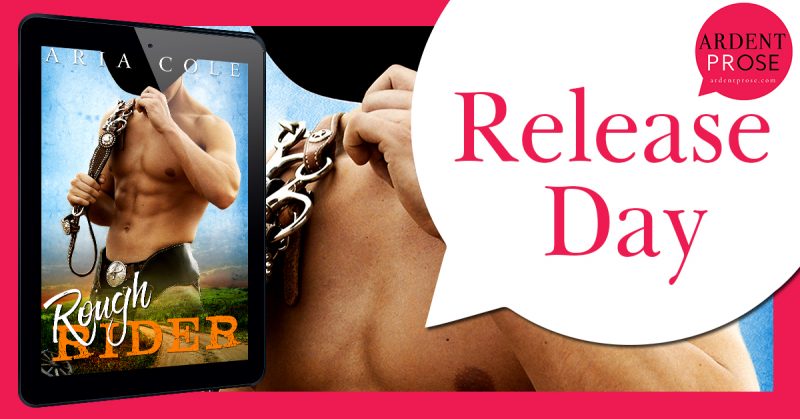 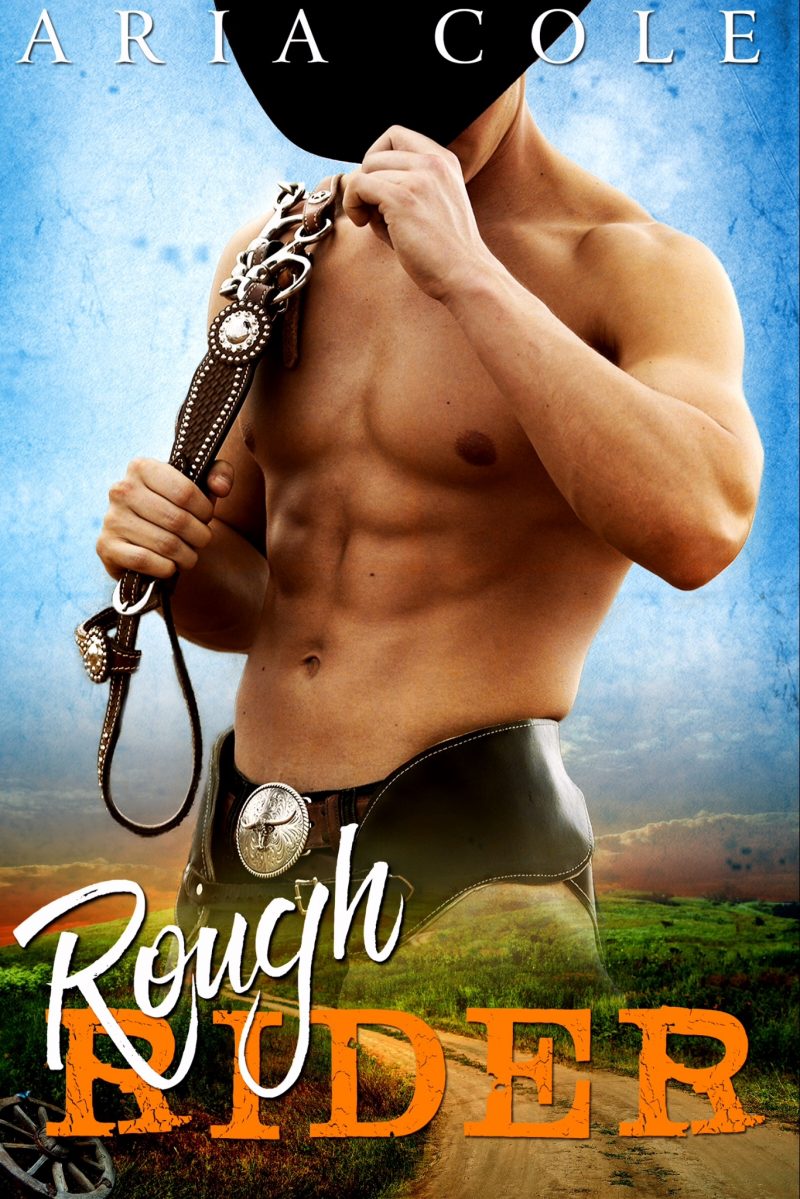 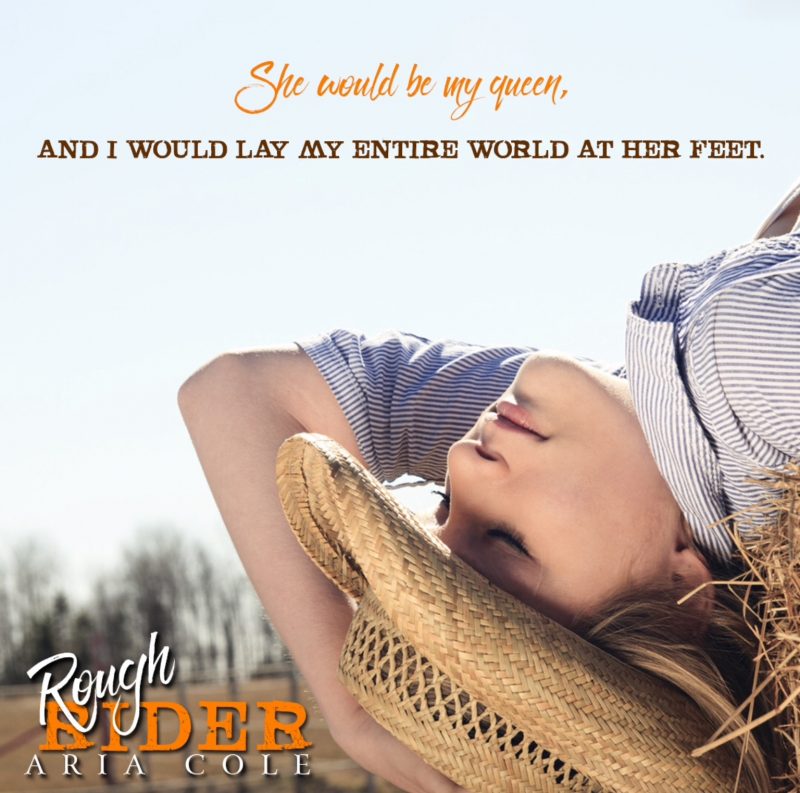 I wrung my hands in my lap, eyes focused on the long gravel driveway that led to my imprisonment.

“You know, I don’t need a babysitter,” I spat to my brother in the driver’s seat.

“Sweet young girl like you, you most certainly do. These damn cowboys would eat you alive,” he drawled, eyes cutting to me then back to the windshield. The old truck rattled to a sputtering stop in front of the giant red barn I spent too many summer nights playing hide-and-seek in.

“I’m not sweet or young. Since I’ve managed to handle you my whole life, I figure these cowboys will be easy.” I shoved open the door of the truck, storming off with a desperate slam of the door for dramatic effect. But instead, it squawked on its rusty hinges. Baxter, the old golden retriever that’d been wandering this dusty ranch since the time I was eight, rambled up to me. I knelt down and put my arm around the old dog, giving him a good rub. His scent was so familiar, just as it had been all those years ago. I closed my eyes, sucking in a fortifying breath before I faced the man who inhabited this place.

“Welcome, Eden.” His throaty voice sent fire through my veins, just like it always had. My cheeks flamed, hands shoved into the pockets of my cutoff shorts when Nash Campbell’s dusty cowboy boots came into view.

I wanted to die.

Colt, Nash, and I may have grown up together on this ranch, bonfires and swimming in the pond from sunup to sundown, but I hadn’t laid eyes on him in nearly two years. And there was a reason for it.

“Hey.” Colt came around the back of the pickup and pulled two giant duffles out of the bed. “She’s not too pleased ’bout me dropping her off here, but she’ll grow up and see I was right. Someday.” Colt shot me a glare.

“I should have gone away to college,” I grumbled. I still hadn’t looked Nash in the face yet.

I couldn’t. One look into those intense eyes would have me lost. It’d been too long, and those feeling and memories were still all twisted into knots from my head to my toes. The worst place those knots tangled around was my heart.

There was too much history wrapped up in my feelings for him. Nash and my brother had been best friends since the time they were in diapers, and then I came along five years later, the annoying, tagalong little sister. They’d picked on me relentlessly, daring me to eat bugs and touch garden snakes, and then the teen years had hit, and everything changed.

Nash’s voice had deepened, suddenly sending spirals of excitement through my nine-year-old stomach. And then dark stubble smattered his cheeks and jawline, and I couldn’t help thinking about what the scratchy scruff would feel like against my skin. And by the time Nash was fifteen, he was working in the field or around the barns all summer. Slinging hay bales six hours a day did a lot for his once lean, taut physique.

Nash had bloomed into a damn Adonis right before my eyes, his body rivaling the sketches of David I’d seen in my art class.

I fell in love with Nash Campbell the summer I turned eleven.

While my brother still seemed perpetually immature and annoying, Nash’s confidence grew, his eyes lighting with genuine kindness whenever he saw me. I’d never met anyone like him back then, and I still hadn’t now. Nash was a once in a lifetime dream—a dream that was unattainable. Like a mirage, a faint whisper on the wind. A man like Nash would never want someone like me, but still, that didn’t matter to my heart. When I thought of him, I was still that eleven-year-old little girl who fell in love with a boy she could never have.

That was probably why today was all the harder.

Colt was leaving for his deployment in the Army, and I was moving in here, with my brother’s best friend, at Circle C Ranch.

“Got your room all made up for you, the corner room upstairs, the one you used to sleep in when we were little.” Nash was addressing me.

Oh shit, that meant I’d have to actually look him in the face. I’d been considering a way to avoid his eyes for the entire time I was here, which would hopefully just be the summer. Colt didn’t know it, but I’d already filled out a few applications for colleges. I’d been going to the community college in our small town, but now that Colt wouldn’t be here, I didn’t have a reason to stay.

Living on my own would be tight, but I was accustomed to making do on a budget. I just had to hope I would be awarded a few grants or scholarships for housing. I could afford the classes for the coming semester at least, but I couldn’t pay for the housing on top of that.

And I needed to get out of this town.

I needed to get away from all these memories.

The gorgeous, impossibly sculpted, stubbled, and rugged memories.  “Thanks,” I finally muttered, allowing my eyes to wash across Nash’s face for the first time.

Oh God, was that my heart beating so loudly?

It sounded like a John Deere vibrating in my ears.

“I can get this carried up for you. Dinner’s at five, so you’ve got some time to settle in before—”

Colt shook his head at my side. “She’s lying. If you don’t force her to eat, she’ll peck like a bird.”

My cheeks flamed as my teeth gnashed together. “I thought you had somewhere to be tonight?”

Colt chuckled, taking off ahead of us toward the house.

“Still treating you like a dick, I see,” Nash said at my shoulder.

Shit, when had he moved closer?

This was too much. His body so close to mine felt like a ticking time bomb waiting to detonate.

“He says he means well, but I personally think it’s a control thing.”

“Can’t blame him. A man should take care of his only sister. I’d do the same thing.”

I chanced a glance out of the corner of my eye, catching his gaze hovering at my neckline, then dipping lower.

My stomach dropped, my feet screaming at me to run before I made a fool of myself somehow. I’d never known quite how to act around men, especially this one, when it felt like he stole all the oxygen from my lungs with one look.

“Maybe you’re on a power trip too, then,” I finally replied, stomping in the dirt after Colt and toward the house.

I was a prisoner here; there was nothing willing about it.

If Colt and Nash thought I needed a babysitter, that I couldn’t be left to my own devices, I’d sure as hell prove them wrong—and have fun while doing it.

No way could they keep this woman down.

“Eden!” Nash called after me, amusement lacing his voice.

I stuttered to a halt, turning to find him hot on my heels, an intoxicating half grin darting across his face.

“You have no idea what kind of power play I’m into. Keep that in mind.” That cocky grin deepened, and my thighs grew slick with drop-dead desire.

What the hell was I in for this summer? 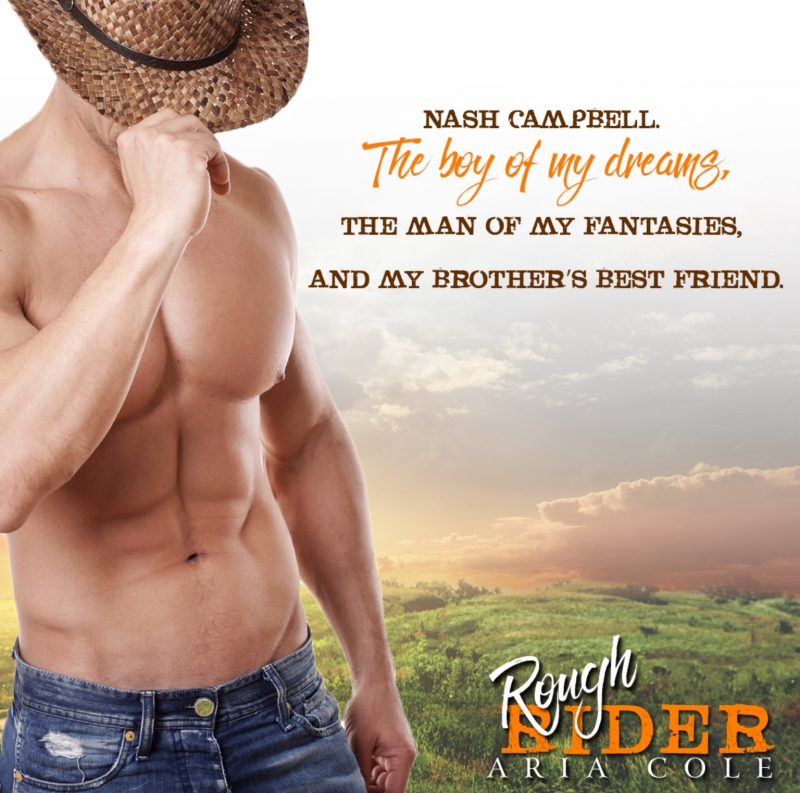 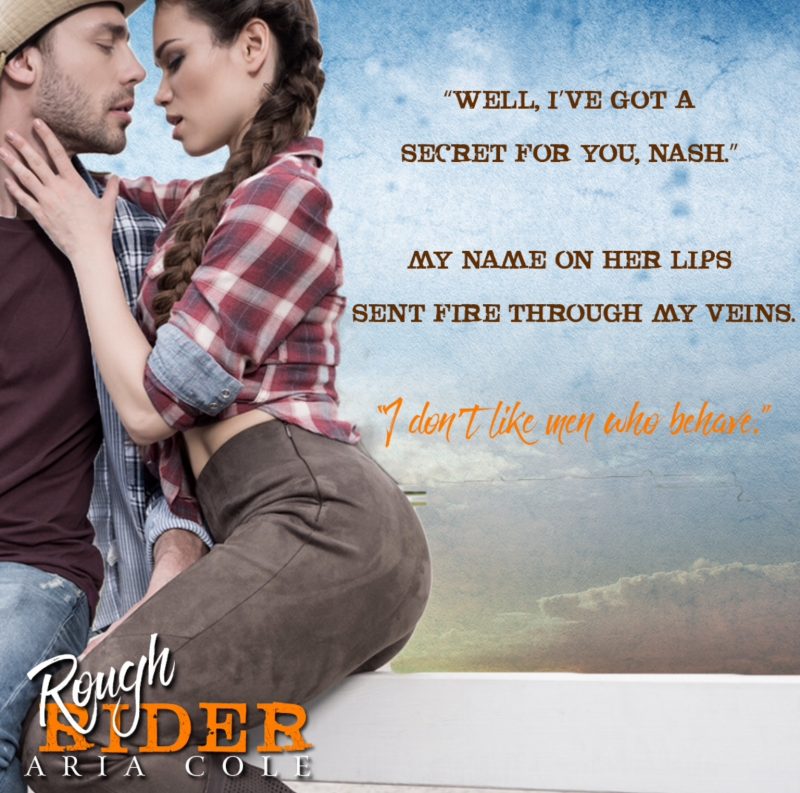