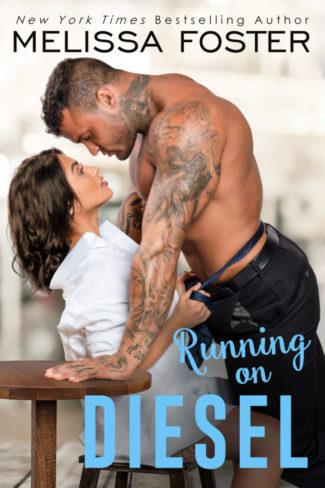 Desmond "Diesel" Black is a Nomad with the Dark Knights motorcycle club. He protects others with his life and always rides alone. Tracey Kline left the only family she had for a man who broke more than her spirit, leaving her untrusting and on her own. When a twist of fate reveals pieces of the other no one else sees, will they be able to help each other mend their past hurts and learn to trust the chemistry and connection that's too strong to deny?

The Whiskeys are perfect beach reads with depth of story, strong family ties, and a wealth of emotions. Small town love stories with happily ever afters guaranteed. The Dark Knights motorcycle club is not a typical MC book. These bad-boy bikers are tough, but they have hearts of gold... and they're not afraid to use them. 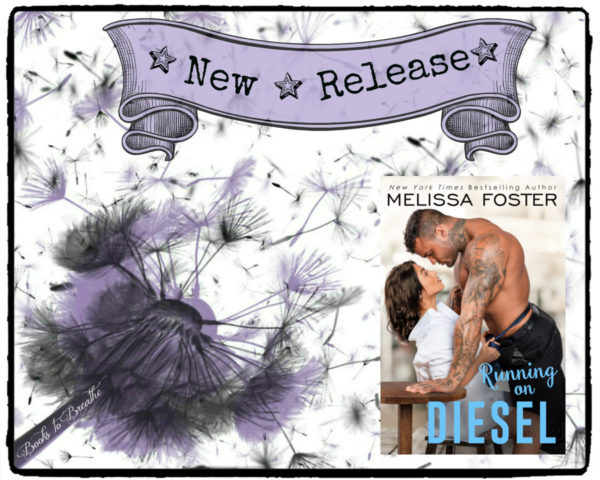 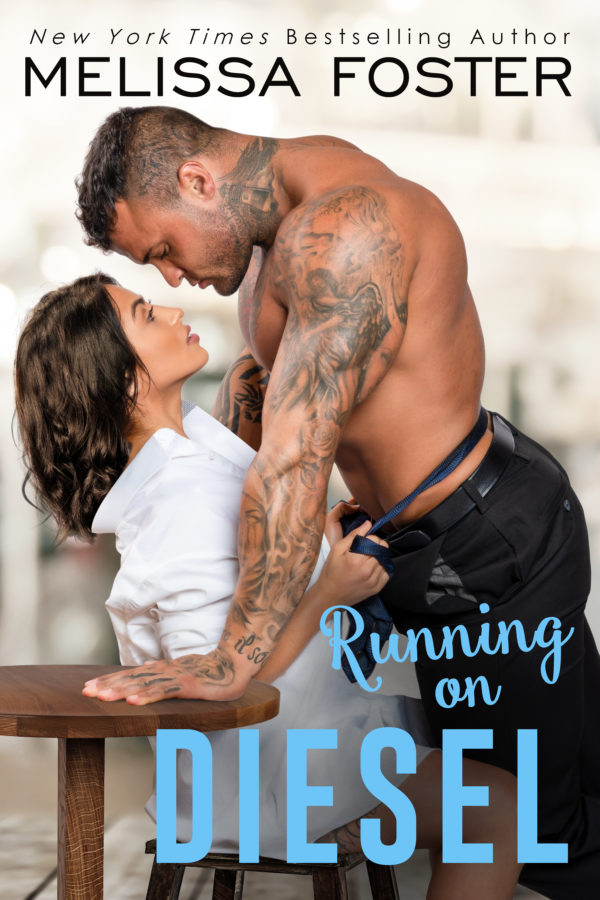 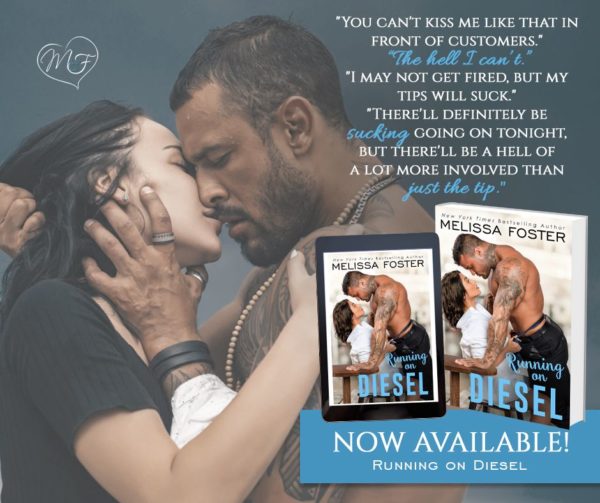 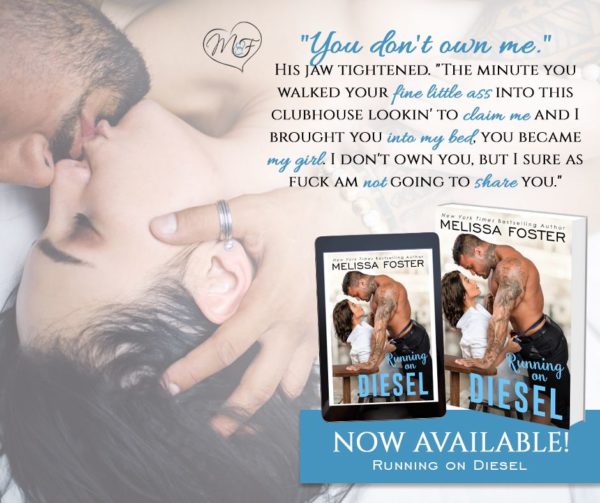 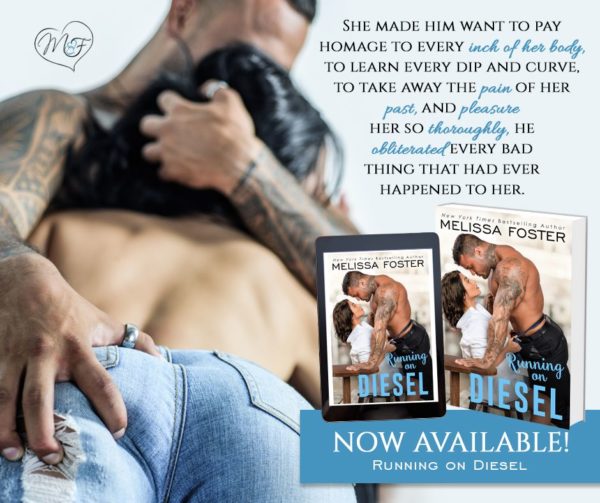 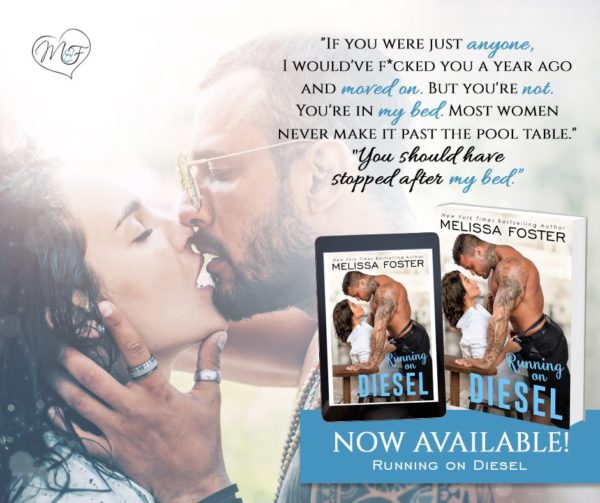 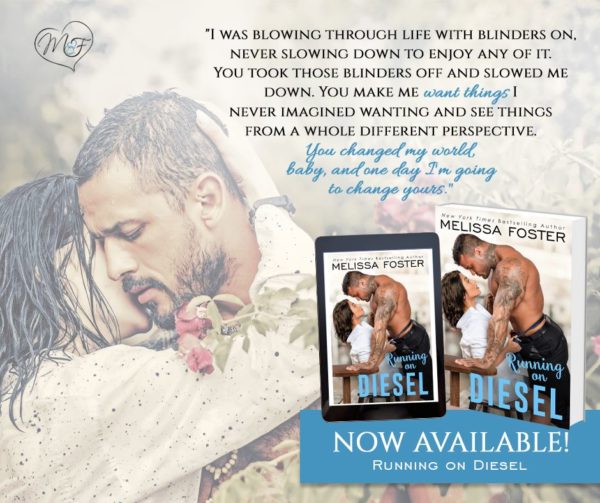 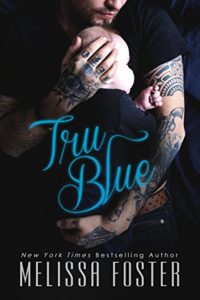 There’s nothing Truman Gritt won’t do to protect his family—Including spending years in jail for a crime he didn’t commit. When he’s finally released, the life he knew is turned upside down by his mother’s overdose, and Truman steps in to raise the children she’s left behind. Truman’s hard, he’s secretive, and he’s trying to save a brother who’s even more broken than he is. He’s never needed help in his life, and when beautiful Gemma Wright tries to step in, he’s less than accepting. But Gemma has a way of slithering into people’s lives and eventually she pierces through his ironclad heart. When Truman’s dark past collides with his future, his loyalties will be tested, and he’ll be faced with his toughest decision yet. 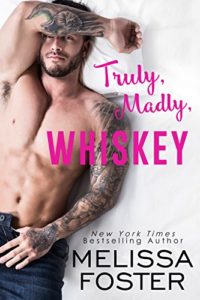 The more Bear pushes, the hotter their passion burns, unearthing memories for Crystal that are best kept buried. But there’s no stopping the collision of her past and present, catapulting the two lovers down an emotionally charged road that has them questioning all they thought they knew. 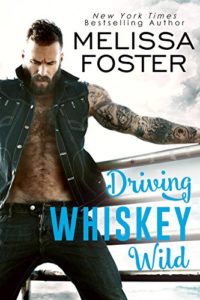 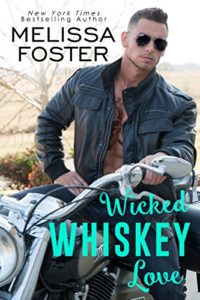 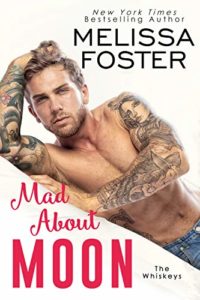 Josie Beckley refuses to believe there is a limit on happiness. A decade after she escaped her abusive parents and lost touch with her siblings, the death of her husband leaves her and her son homeless. But Josie has never been one to wallow in sadness, and when she takes a chance on reconnecting with her siblings, a sinfully handsome bright light from her past shows up and offers to help her find a way out of the darkness. 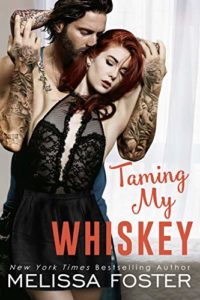 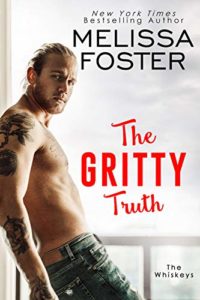 Recovering drug addict Quincy Gritt has fought his demons. He’s confessed to his crimes and conquered his addictions. He’s finally ready to go after sweet, sexy Roni, the gorgeous brunette who won a date with him in a charity auction five months ago and has been putting him off, and driving him wild, ever since.

Dancer Veronica “Roni” Wescott worked hard to escape the seedy area where she was raised and followed her dreams to Julliard, only to have them shattered in the blink of an eye. She fought hard and regained her footing, but then the rug was pulled out from under her again when the grandmother who raised her passed away, leaving Roni feeling adrift in a world she knows very little about outside of dance. And then there’s Charlie Hunnam–lookalike Quincy Gritt—the man whose late-night texts pulled her through her grief and have been setting her heart aflutter for months.

Quincy pulls out all the stops, determined to prove that their friendship is only the beginning of what’s destined to be so much more. Romantic nights lead to smoldering passion and a deep connection too strong to be denied. But when Quincy’s past comes back to haunt him, can he and Roni accept their new gritty truth, or will Quincy spiral back into the darkness and lose the future he fought so hard to have?

In for a Penny 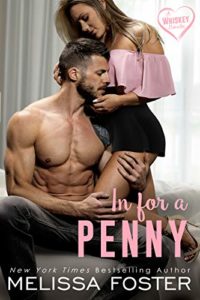 When everything you want is right in front of you, but it’s still out of reach…

Penny Wilson has a successful business, more friends than a girl could ask for, and a boyfriend she’s madly and passionately in love with. Scott Beckley is honest, loyal, hands down the best lover on the planet, and absolutely gaga over his nieces and nephews. Scott’s a keeper…as long as Penny doesn’t ever want to hear those three magical words that would take their relationship to the next level. Scott escaped abusive parents at seventeen and was forced to find his way alone in the world. Even though it’s been more than a decade and he’s reunited with his estranged sisters and built a good life in Peaceful Harbor, Maryland, he’s still tortured by his past. Penny knows he loves her with everything he has, but for a girl who wants a family and a guy who is afraid of having one, love might not be enough.