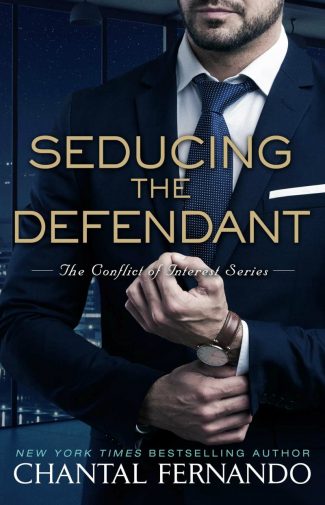 Jaxon Bentley is a hardnosed criminal lawyer whose entire life revolves around his work. He’s been asked to represent Scarlett Reyes, a woman accused of murdering her police officer husband in cold blood. All the evidence points to Scarlett being guilty and Jaxon is sure it’s an open and shut case.

But when he meets his client, he can’t help but feel that she’s innocent and that there’s more to the story than meets the eye. With a bit of digging, he uncovers a connection to the notorious Wind Dragons Motorcycle Club and realizes that Scarlett’s case is a complicated and difficult one. It certainly doesn’t help that the two share an immediate and passionate attraction. Will Jaxon be able to prove Scarlett’s innocence or are the two doomed to fail both in court and as a couple? 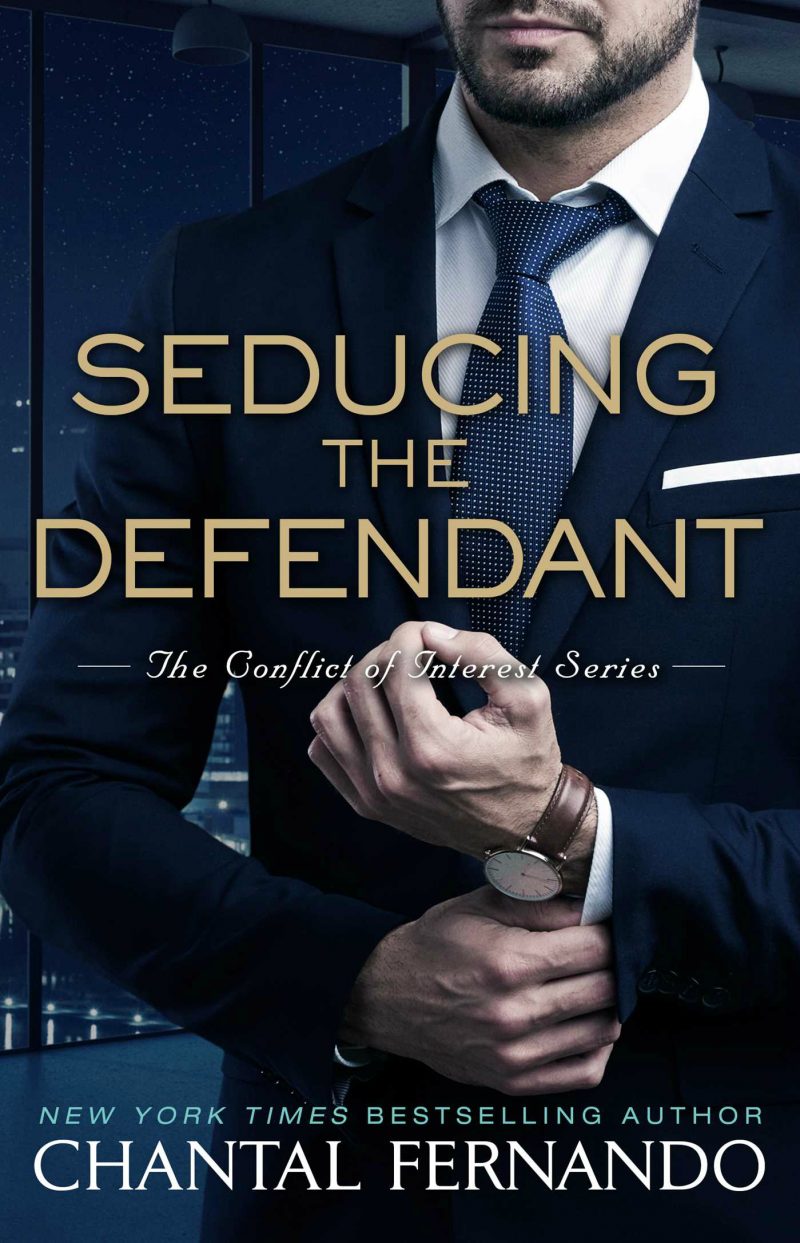 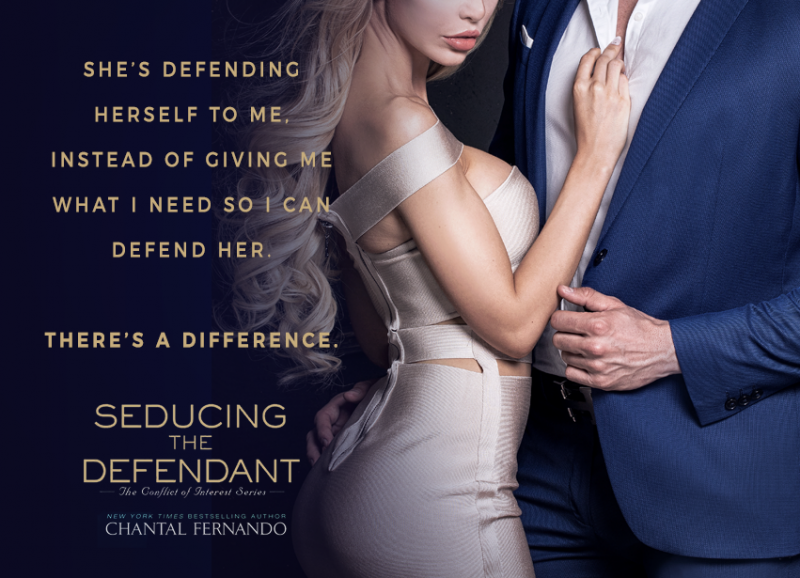 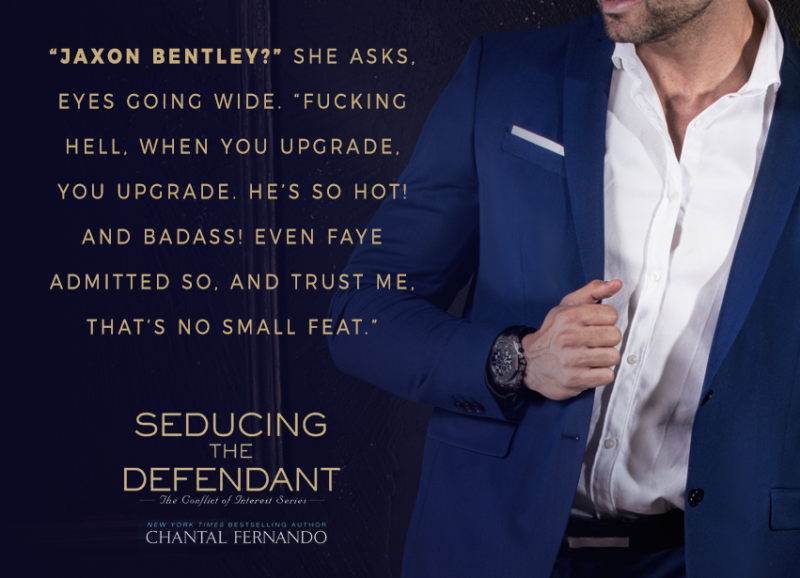 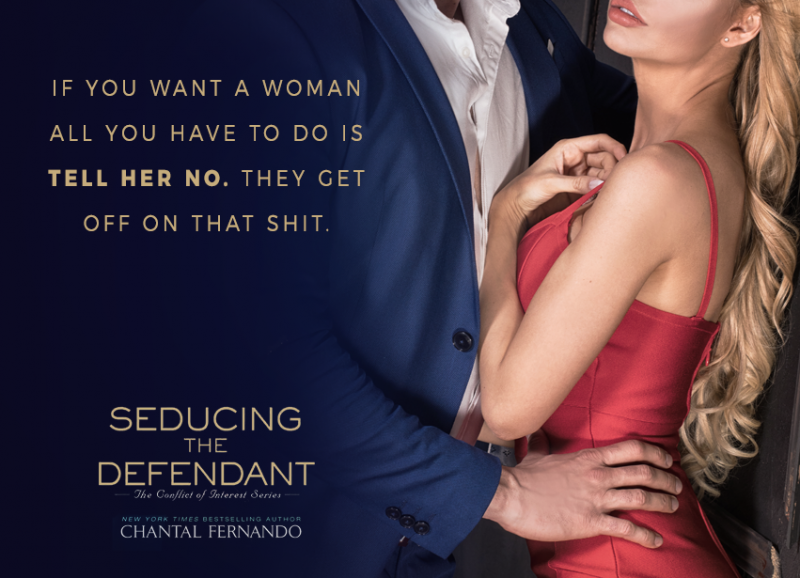 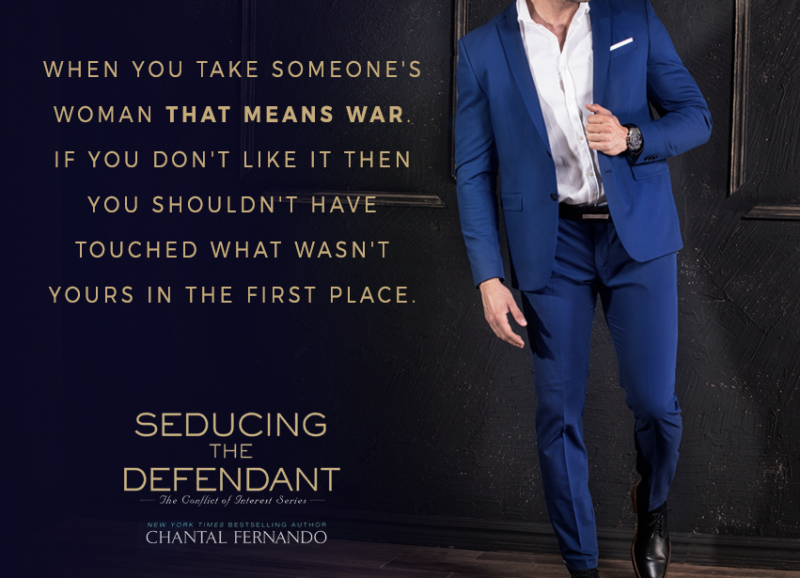 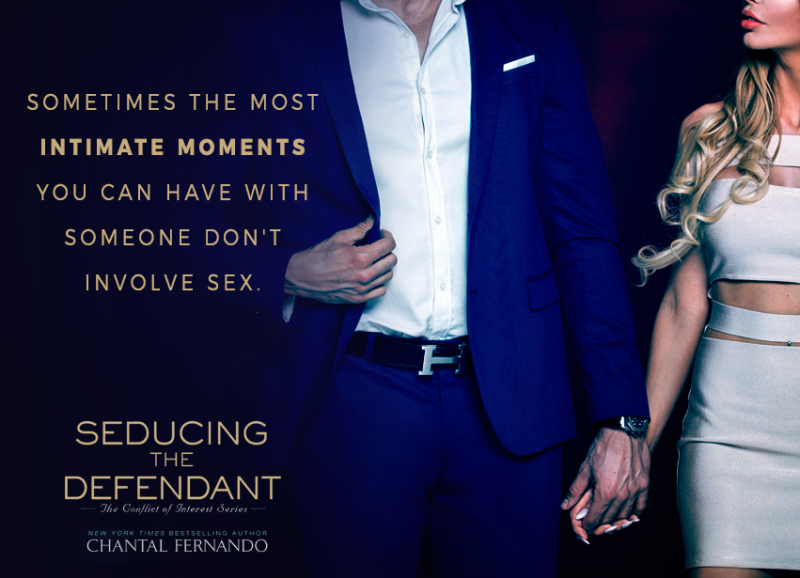 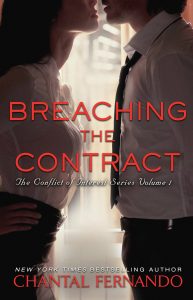 New York Times bestselling author Chantal Fernando returns with a brand new series about a brigade of lawyers who, despite being bad boys at heart, always end up just on the right side of the law.

Katerina Dawson knows exactly what she wants from life. And as the new associate at the top law firm in the city, she’s ready to live out her dreams of becoming a criminal lawyer. But going on coffee runs and babysitting kids during the day was definitely not what she had in mind. She knows that anyone else would kill to be in her shoes, but she has to draw the line somewhere. That’s easier said than done, though, when Kat has to confront her handsome boss…

Tristan Channing and Jaxon Bentley run a successful law firm together and the two partners couldn’t be busier right now. When Jaxon suddenly takes a leave of absence, Tristan begrudgingly assumes responsibility of the new associate, the hot new associate, who has curves for days. Needing to keep his distance from her, Tristan sends Kat on needless errands and has her doing work even an intern wouldn’t touch, like picking up his kids. But his plan backfires when he sees his children grow attached to Kat and sees her getting comfortable in his home. It triggers something deep within him, and it feels right to have her there. Will Tristan be able to keep his work and personal lives separate, or will he find that his heart holds the final verdict? 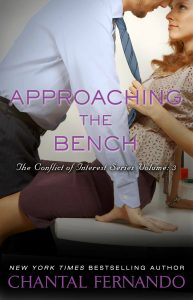 A tenacious, resilient female judge must find a way to work with her carefree clerk as they find themselves in danger when a fugitive sets his sights on revenge in the third book in New York Times bestselling author Chantal Fernando’s sexy and thrilling Conflict of Interest series.

Trinity Williams, known as “Medusa” for her stony expressions and unyielding reputation, constantly has her guard up—how else is the youngest female judge in the country supposed to survive in such a male-dominated profession? She made the decision long ago that laughter and a carefree attitude have no business in a courtroom and achieving her professional goals is the only thing she has left. It’s just her luck that her new law clerk, Callum Hopkins, believes the exact opposite.

Callum Hopkins thinks that nothing should ever be too serious in life—why can’t he mix business with pleasure? When he first starts working for his hot new boss, they clash at every turn. He makes it his mission to get Judge Williams to see things his way for once.

But when Callum finds himself in the wrong place at the wrong time as an escaped convict comes after Trinity, he realizes it’s not all fun and games anymore. Now in witness protection together until the authorities can catch the fugitive, this unlikely pair must learn to trust one another and work together to stay alive. Far away from the courtroom, Trinity and Callum are suddenly free to stop butting heads, and stop fighting the growing attraction between them. 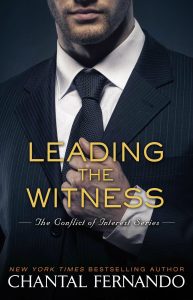 In this sizzling and thrilling fourth installment in New York Times bestselling author Chantal Fernando’s Conflict of Interest series, a divorce lawyer finds himself stuck between his client and the woman he desires—and soon he’ll be forced to choose sides.

Hunter Brayze doesn’t always like his clients but as the divorce attorney for Bentley & Channing Law, he doesn’t have to. So when he meets his latest client, even though he can’t stand the guy, let alone understand how any woman would ever marry him, he is still determined to win his case. But he never expects taking this client would turn his entire world upside down.

When he comes face to face with his client’s soon-to-be ex, he’s shocked to see Riley McMahon, owner of his local pub and the woman he’s wanted ever since he first laid eyes on her. He didn’t even know she was getting a divorce, and now he’s stuck defending the man who wants to screw Riley out of everything. Feeling like he’s betraying her, Hunter vows to settle this case as quickly as he can by any means possible. Because after months of flirting with Riley at the pub, and now knowing that she’ll soon be free, Hunter is determined to make her his.

But as the proceedings get messier and secrets are revealed, Hunter’s running out of tricks to keep both parties happy. And when someone sets Riley’s pub on fire, he can’t help but suspect his own client. Torn between his professional code of ethics and his intense connection with Riley, Hunter finds himself at a crossroads wondering whose interests he’ll ultimately protect.