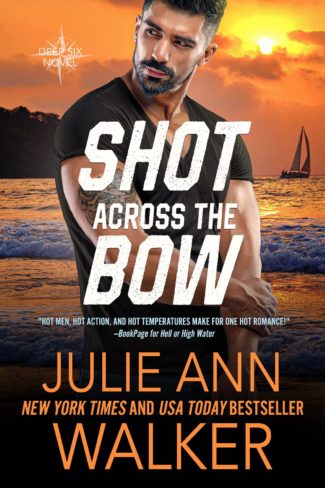 New York Times and USA Today bestselling author Julie Ann Walker delivers perfect pulse-pounding romantic suspense! The former Navy SEALs of Deep Six Salvage thought they could retire to the sea and hunt for treasures of the deep, but when trouble comes to visit, there'll be hell to pay.

Former Navy SEAL Spiro “Romeo” Delgado is six-plus feet of high-octane charm, and he has two hard and fast rules. One, always come to the rescue of those in need. And two, never give up his fast and furious bachelor ways. But when Mia Ennis joins Deep Six Salvage on the hunt for the Santa Cristina, her mesmerizing blend of brains, beauty, and bravery makes him question everything he thought he wanted in life.

Mia’s traumatic past has taught her to keep everyone she meets at arm’s length. But Romeo, with that body that is forever tensed for action and that dark gaze that tracks her every move, makes her feel safe in a way she never expected. Yet the secret she carries compels her to keep her distance—even as the past comes back to haunt them.

A harrowing plane crash ends with Romeo and Mia marooned on a desert island. When a boatful of men bent on murder drop anchor, Mia discovers her only hope for survival depends on her letting her guard down around Romeo. But surrendering to the passion she feels for him might be the most dangerous thing of all... 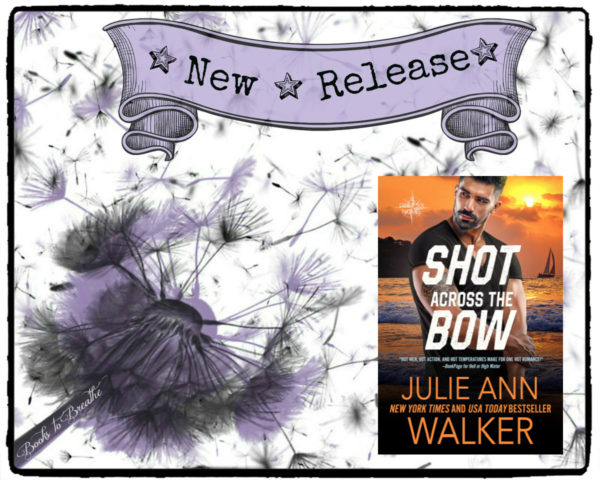 Title: Shot Across the Bow 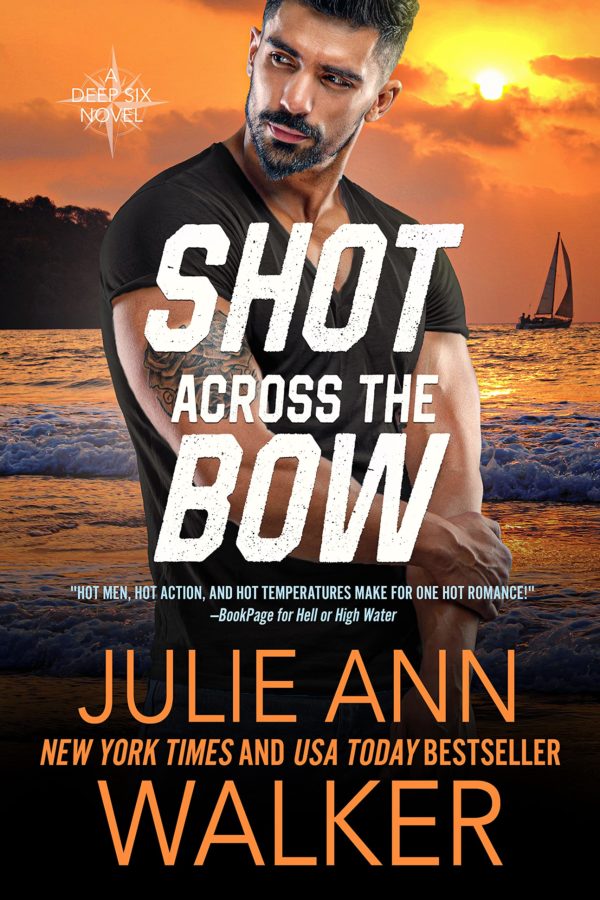 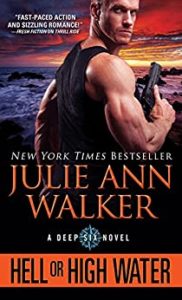 Only two things could make former Navy SEAL Leo Anderson return to the world of weapons and warfare. First, a capsule of chemical weapons lost on the ocean floor, and second, a plea for help from the one woman he can’t seem to forget—CIA Agent Olivia Mortier.

Now, working together to race against the clock, Leo and Olivia must find the missing capsule while battling the intense desire burning between them. If they can survive, can their growing attraction become more, or will everything go up in flames?

Devil and the Deep 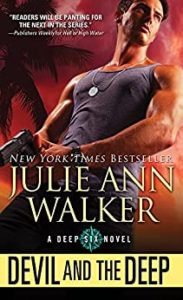 Maddy Powers’s life revolves around cocktail parties, political fundraisers, and charity events—but she can’t forget the daring former SEAL who came crashing into her life a few months ago…or the scorching kiss they shared before he disappeared into the deep blue sea.

Bran Pallidino carries a dark secret—one that forced him to push Maddy away. Bran knows he won’t be finding redemption, and he can live with that as long as it means she’ll be safe. But when Maddy’s taken hostage during a trip to the Caribbean, the men of Deep Six Salvage embark on a dangerous mission to save her. Passion boils in the sultry sea breeze…but what good is putting his heart on the line if they don’t survive the dawn? 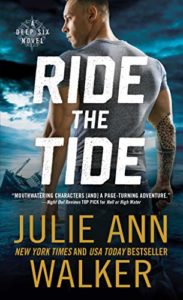 Once a fighter, always a fighter…

Former Navy SEAL Mason McCarthy is done being a fighting man. Now he and the Deep Six Salvage crew are working feverishly to find the wreck of the Santa Cristina and its legendary sunken treasure. Unfortunately for Mason’s peace of mind, chatty, brilliant historian Alexandra Merriweather has joined the hunt and there’s no avoiding her. Alex is exactly the kind of distraction Mason can’t afford right now… or maybe ever.

When a murderous enemy from Mason’s past threatens the Deep Six, he must rely on old instincts and the skills he honed from years of running black ops to make sure nothing touches Alexandra. But with their lives on the line and the adrenaline running high, it’s inevitable that sparks will fly.

Deeper Than The Ocean 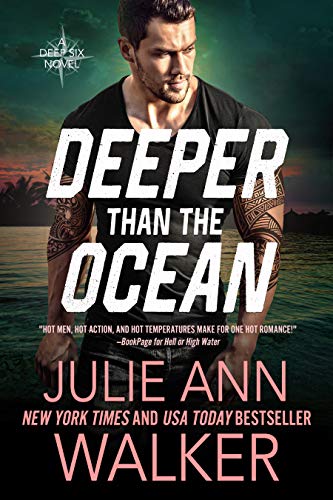 Ray “Wolf” Roanhorse took one look at Chrissy and knew she was the woman of his dreams. There’s a hitch, however. He screwed things up with her. Big time. Now all she wants is to be friends. He’ll have to be his most charismatic and charming self if he has any hope of changing her mind. And winning her heart.

Christina Szarek knows all about sexy, brooding men like Wolf. She grew up watching her mother fall for – and be broken by – plenty of them. If she had her way, she’d avoid Wolf altogether. But they’re partners in the hunt for the Santa Cristina’s legendary treasure. Avoidance is impossible. And the longer she’s near him, the more he chips away at the walls she’s erected against him.

The danger to Chrissy doesn’t only come from her burgeoning feelings, however. There are mysterious players who would see her silenced – for good. And Wolf, with his wicked grin and spec-ops training, is all that stands between her and a date with death in the deep.

Dead in the Water 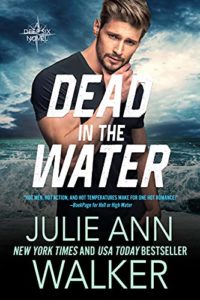 Dalton “Doc” Simmons is having one helluva week. First, archaic laws have kept he and his partners at Deep Six Salvage from recovering the sunken treasure they’ve been after since bugging out of the Navy. Second, an approaching hurricane threatens to scatter the legendary riches across the bottom of the ocean. And third, Deep Six’s feisty, flirty attorney, Camilla D’ Angelo, has just landed on Wayfarer Island, and she represents everything he can’t stand… and everything he can’t help but want.

One look at Doc and Cami knew she’d met the man of her dreams. The medical doctor-turned Navy SEAL-turned treasure hunter has it all—brawn and brains. The problem? He doesn’t like her. In fact, no man has ever given her so much crap. But something tells Cami there’s more to his bad-tempered brooding than meets the eye.

As the storm closes in, so does a boat full of dangerous men bent on claiming the centuries-old treasure for themselves…and killing everyone on Wayfarer Island. Doc must keep Cami close if he wants to keep her alive. But all that proximity turns up the heat on the chemistry bubbling between them. For Cami, it’s more than a fight for her life, it’s a fight for Doc’s heart. If they survive, can she convince him to let go of his past for a chance at a future with her?