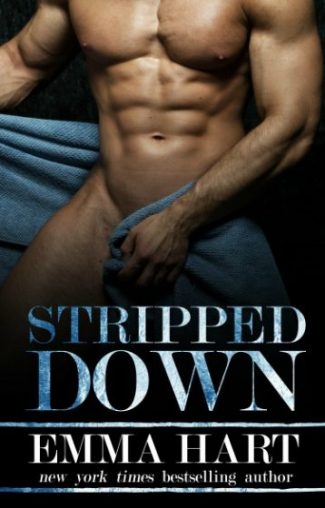 What do you get when you mix a bottle of tequila, a single mom moonlighting as a stripper, and her sinfully sexy boss with an impulsive side?
Married. You get married.

That was Beckett Cruz in a nutshell.

Not to mention wild, determined, dangerous, and forbidden.

He was my boss—and, after a drunken moment of insanity, my new husband.
An annulment was impossible... so was keeping him.
I was taking my daughter and leaving, determined to give her a quieter life.
But Beckett Cruz had never taken no for an answer.

And he wasn't about to take mine.

What happens in Vegas... might just keep you there. 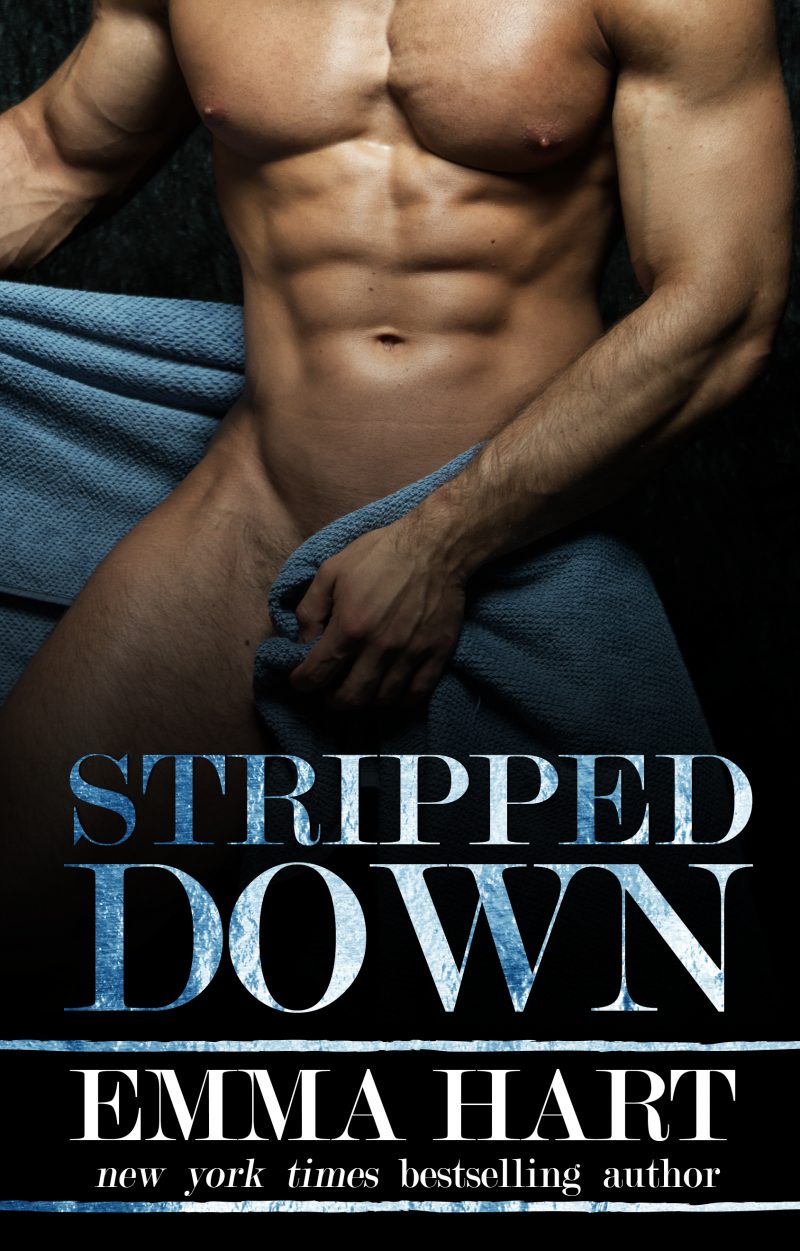 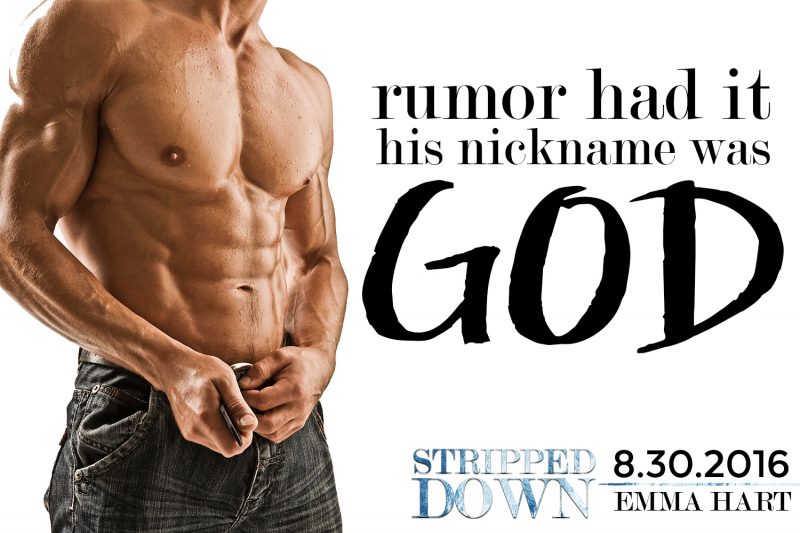 “Beck?” I managed to get his name out just before he opened the front door.

“Yeah?” He spun back to face me, his dark eyes unreadable.

I turned my face to the side so I could see him fully. “You don’t have to go,” I said softly. “You can stay. Only if you want to though.”

He rubbed his hand down his face, his eyes never leaving mine, then walked back into the kitchen toward me. I stood up away from the fridge as he stopped right next to me.

Slowly, he touched his hand to my face, his fingertips teasing my hairline. His dark gaze searched mine, and my heart jumped into my throat as the usual tingles his touch sparked danced down my neck. Then, he slid his hand into my hair, allowing the blonde strands to fall away from his fingertips.

“Do I want to go home to my big-ass house with its cold emptiness?” he asked in a low voice. “Or go to the club where half the girls there still see me as a mountain to be conquered? Not particularly, Blondie. I’d rather stay here. Even if there will be a demand for movies and water and foot rubs from a tiny, sick person.”

“You can.” My voice was quiet, like his. Even if my internal screams from self-preservation and vulnerability were deafeningly loud as they told me I was a fool, that he had to go, that this would never be enough for him.

“Do you want me to?” His question was… honest.

“Do I want you to stay here in my tiny house so my daughter can fall more in love with you than she already is? Not really. But…” Don’t be a fool, Cassie. Don’t admit you want him to stay. He’s just going to hurt you. “I don’t exactly want you to go either.”

“I don’t want to answer that question.”

“If I kissed you right now, would you ram your knee into my cock?”

“I’d briefly consider it, but I probably wouldn’t do it.”

His lips twitched to the side. “You just answered the question.”

Then, of course, he cupped the back of my head, and he kissed me. It was slow, sweet, gentle. And I didn’t consider kneeing him in the balls for a single second.

Beck pulled back and trailed his hand down my arm before he finally let me go. “I’m going home to get changed and then come back. Do you need anything while I’m gone? For CiCi? You?”

“I don’t…” I sighed and chewed back my pride. “I meant to go to the store today after work to get some stuff like bread, milk… important stuff. But now I can’t.”

I bit the inside of my lip, then nodded. “Okay. Let me write it down.” I walked through into the front room with him hot on my heels and grabbed the notebook and pen from under the coffee table. A few things were already scrawled down, so I added a couple more things, including more medicine. I tore the sheet off the notebook, stood, then gave it to Beck. “Let me get my wallet.”

He grabbed my wrist, stopping me. “I’m not taking your money.”

I lifted my gaze to his. “You can’t pay for my groceries.”

“I can do this all day, baby. I’m stubborn as fuck.” His eyes told me he wasn’t lying. “And we all know I’m a brat about the word no. So, I can, I will, and I’m going to. If I can’t help you by buying a measly eight items, I’m an asshole who shouldn’t be allowed around other people.”

“You can’t buy my groceries,” I repeated. It was a lame argument. I was going to lose, but I’d fight until I went down.

Beck’s eyes twinkled as he leaned in. “Don’t worry. If you really want to pay me back, I’ll take a blow job. I imagine your lips around my cock will be a pretty good thank you.”

My jaw dropped as he backed off with a wink.

I snapped my jaw shut and glared at him. “You’re a dirty pig.”

“I know. But I’ve got fifty bucks that says you’ll be sucking my dick by bedtime. If you don’t agree…” He shrugged one shoulder, his lips curved in that dangerous smirk.

One more wink, complete with expanding grin, and he was gone. 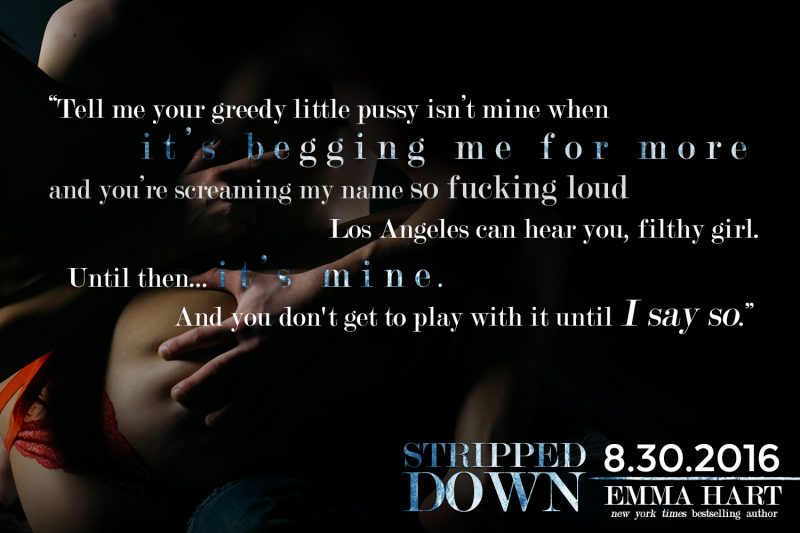 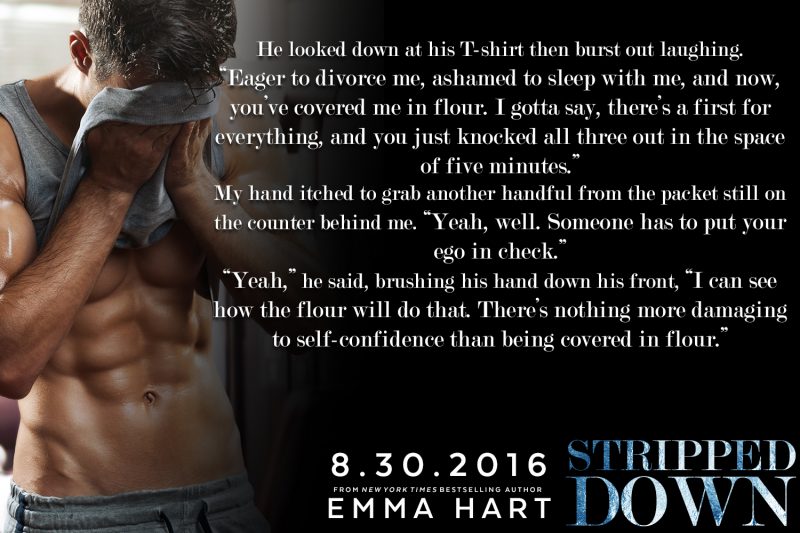 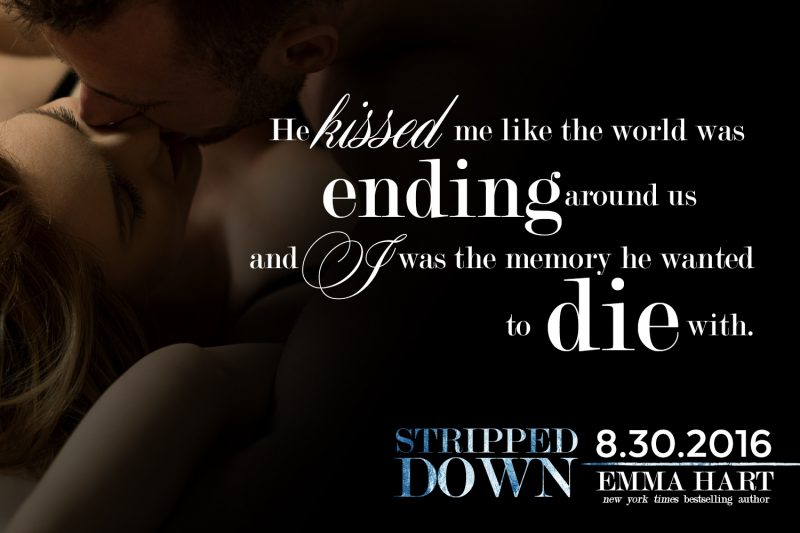 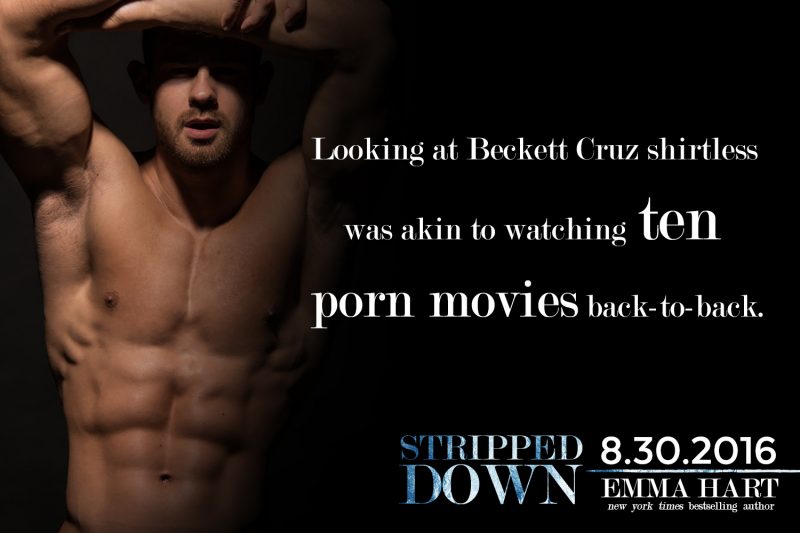 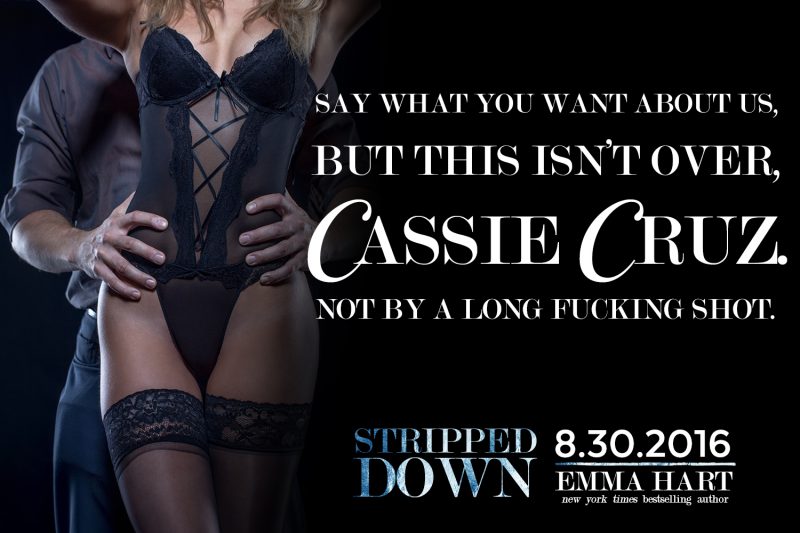 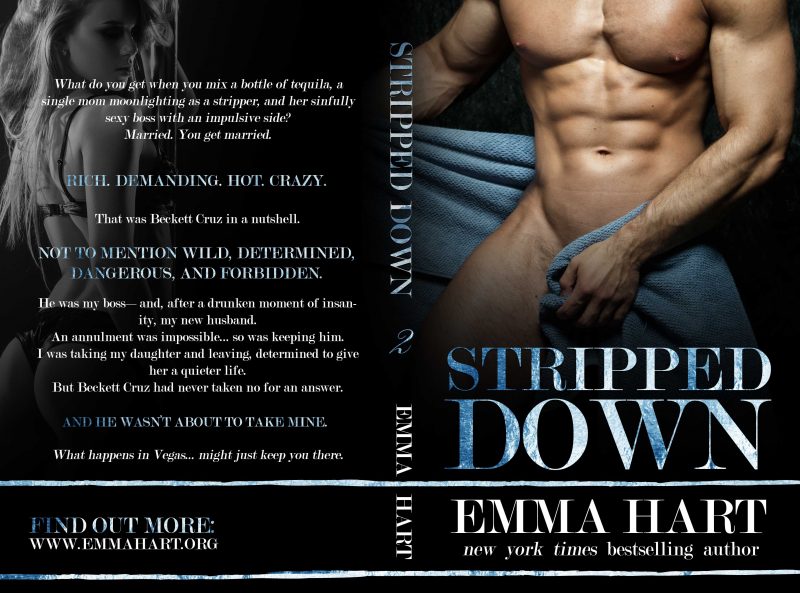 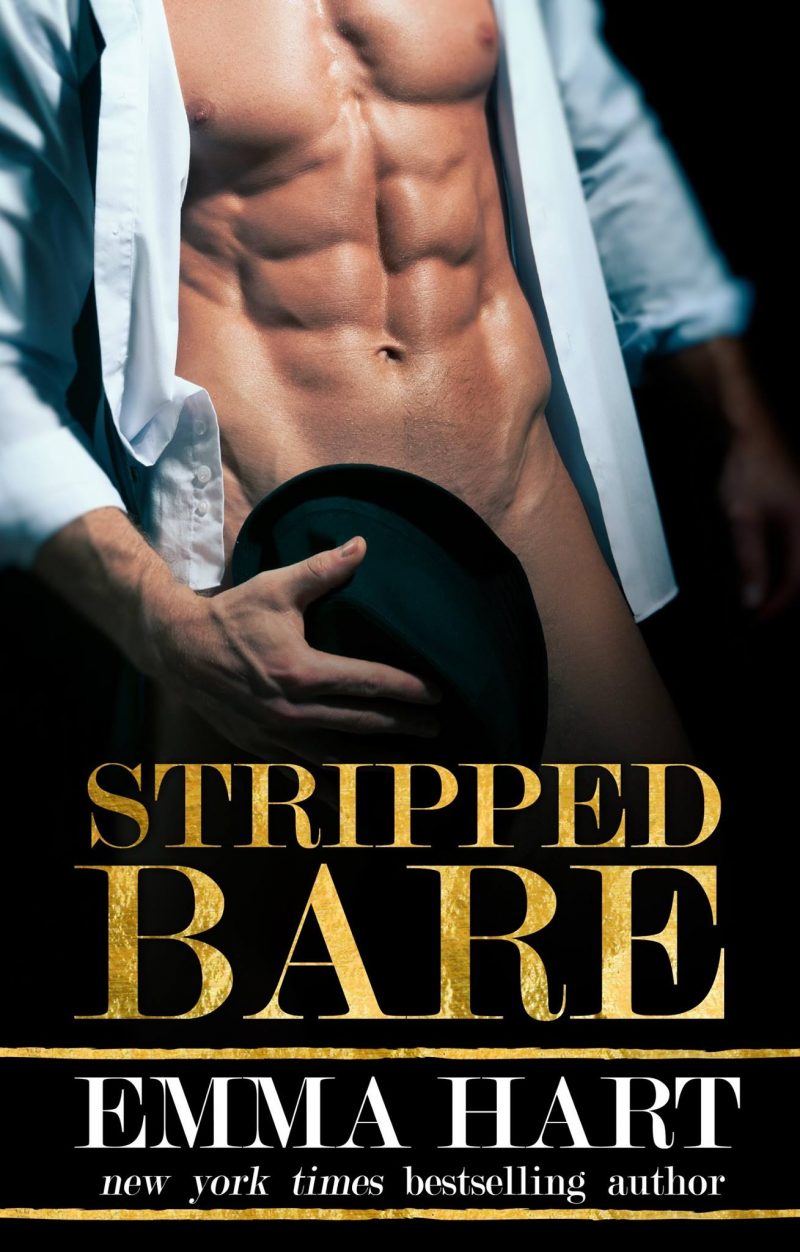 What do you get when you mix a bachelorette party, the queen of dating disasters, and a stripper so hot he was forged from the fires of hell? Screwed. You get screwed….

Cocky. Commanding. Powerful. Relentless.
Those four words all summed up West Rykman perfectly.
So did filthy, dirty, sexy, and addictive.
He was supposed to be my one night stand…not my new marketing client.
He was definitely not supposed to be back inside my pants, not that anybody told him that.
I knew one thing: What West Rykman wanted, West Rykman got.
And he wanted me.

What happens in Vegas… might just make you stay.