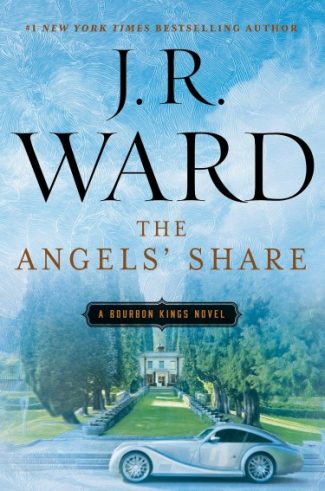 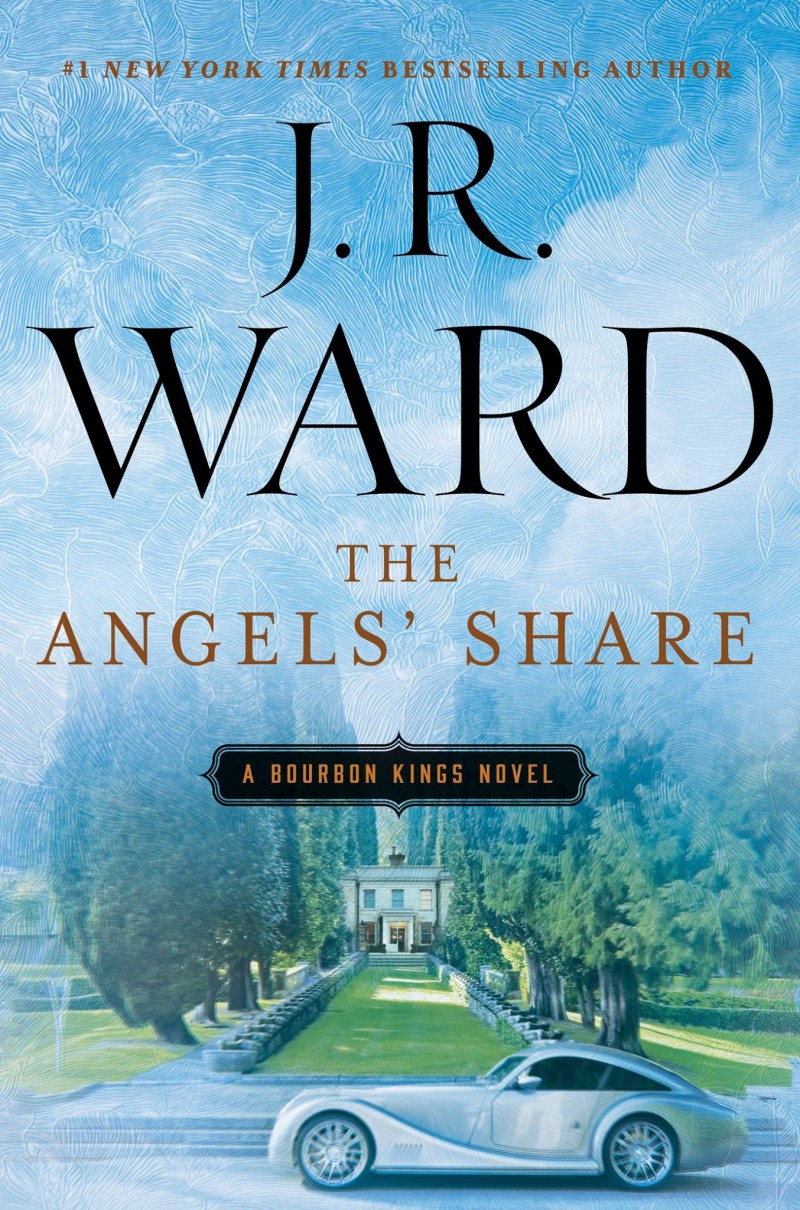 Toyota trucks were not supposed to go seventy-five miles an hour. Especially when they were ten years old.

At least the driver was wide awake, even though it was four a.m.

Lizzie King had a death grip on the steering wheel, and her foot on the accelerator was actually catching floor as she headed for a rise in the highway.

She had woken up in her bed at her farmhouse alone. Ordinarily, that would have been the status quo, but not anymore, not now that Lane was back in her life. The wealthy playboy and the estate’s gardener had finally gotten their act together, love bonding two unlikelies closer and stronger than the molecules of a diamond.

And she was going to stand by him, no matter what the future held.

After all, it was so much easier to give up extraordinary wealth when you had never known it, never aspired to it—and especially when you had seen behind its glittering curtain to the sad, desolate desert on the far side of the glamour and prestige.

God, the stress Lane was under.

And so out of bed she had gotten. Down the creaking stairs she had gone. And all around her little house’s first floor she had wandered.

When Lizzie had looked outside, she’d discovered his car was missing, the Porsche he drove and parked beside the maple by her front porch nowhere to be seen. And as she had wondered why he had left without telling her, she had begun to worry.

Just a matter of nights since his father had killed himself, only a matter of days since William Baldwine’s body had been found on the far side of the Falls of the Ohio. And ever since then Lane’s face had had a faraway look, his mind churning always with the missing money, the divorce papers he had served on the rapacious Chantal, the status of the household bills, the precarious situation at the Bradford Bourbon Company, his brother Edward’s terrible physical condition, Miss Aurora’s illness.

But he hadn’t said a thing about any of it. His insomnia had been the only sign of the pressure, and that was what scared her. Lane always made an effort to be composed around her, asking her about her work in Easterly’s gardens, rubbing her bad shoulder, making her dinner, usually badly, but who cared. Ever since they had gotten the air cleared between them and had fully recommitted to their relationship, he had all but moved into her farmhouse—and as much as she loved having him with her, she had been waiting for the implosion to occur.

It would almost have been easier if he had been ranting and raving.

And now she feared that time had come—and some sixth sense made her terrified about where he had gone. Easterly, the Bradford Family Estate, was the first place she thought of. Or maybe the Old Site, where his family’s bourbon was still made and stored. Or perhaps Miss Aurora’s Baptist church?

Yes, Lizzie had tried him on his phone. And when the thing had rung on the table on his side of the bed, she hadn’t waited any longer after that. Clothes on. Keys in hand. Out to the truck.

No one else was on I-64 as she headed for the bridge to get across the river, and she kept the gas on even as she crested the hill and hit the decline to the river’s edge on the Indiana side. In response, her old truck picked up even more speed along with a death rattle that shook the wheel and the seat, but the damn Toyota was going to hold it together because she needed it to.

God, all the times she had asked him how he was and he’d said, “Fine.” All those opportunities to talk that he hadn’t taken her up on. All the glances she’d shot him when he hadn’t been looking her way, all the time her monitoring for signs of cracking or strain. And yet there had been little to no emotion after that one moment they’d had together in the garden, that private, sacred moment when she had sought him out under the blooms of the fruit trees and told him that she’d gotten it wrong about him, that she had misjudged him, that she was prepared to make a pledge to him with the only thing she had: the deed to her farmhouse—which was exactly the kind of asset that could be sold to help pay for the lawyers’ fees as he fought to save his family.

Lane had held her, and told her he loved her—and refused her gift, explaining he was going to fix everything himself, that he was going to somehow find the stolen money, pay back the enormous debt, right the company, resurrect his family’s fortunes.

And she had believed him.

But ever since then? He had been both as warm and closed off as a space heater, physically present and completely disengaged at the same time.

Lizzie did not blame him in the slightest.

It was strangely terrifying, however.

Off in the distance, across the river, Charlemont’s business district glowed and twinkled, a false, earthbound galaxy that was a lovely lie, and the bridge that connected the two shores was still lit up in spring green and bright pink for Derby, a preppy rainbow to that promised land. The good news was that there was no traffic, so as soon as Lizzie was on the other side, she could take the River Road exit off the highway, shoot north to Easterly’s hill, and see if his car was parked in front of the mansion.

Then she didn’t know what she was going to do.

The newly constructed bridge had three lanes going in both directions, the concrete median separating east from west tall and broad for safety purposes. There were rows of white lights down the middle, and everything was shiny, not just from the illumination, but a lack of exposure to the elements. Construction had only finished in March, and the first lines of traffic had made the crossing in early April, cutting rush-hour delays down—

Up ahead, parked in what was actually the “slow” lane, was a vehicle that her brain recognized before her eyes properly focused on it.

Lane’s Porsche. It was Lane’s—

Lizzie nailed the brake pedal harder than she’d been pounding the accelerator, and the truck made the transition from full-force forward to full-on stop with the grace of a sofa falling out a second-story window: Everything shuddered and shook, on the verge of structural disintegration, and worse, there was barely any change in velocity, as if her Toyota had worked too hard to gain the speed and wasn’t going to let the momentum go without a fight—

Her truck went into a spin, pirouetting such that she had to wrench her head around to keep him in her sights. And she jumped out before the Toyota came to a full stop, leaving the gearshift in neutral, the engine running, the door open in her wake.

Lizzie pounded across the pavement and surmounted barriers that seemed flimsy, too flimsy, given the distance down to the river.

Lane jerked his head around—

And lost one hold of the rail behind him.

As his grip slipped, shock registered on his face, a flash of surprise . . . that was immediately replaced by horror.

When he fell off into nothing but air.

Lizzie’s mouth could not open wide enough to release her scream. 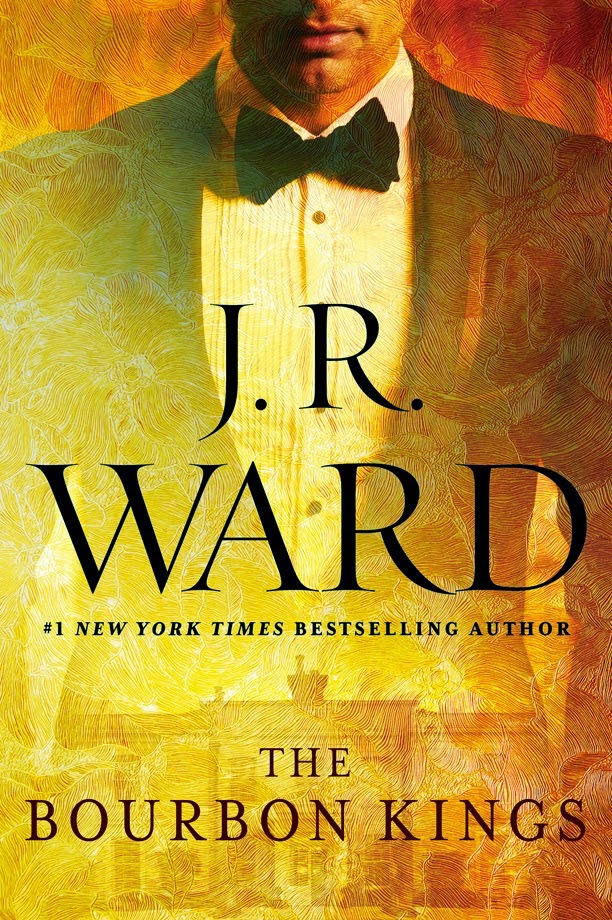