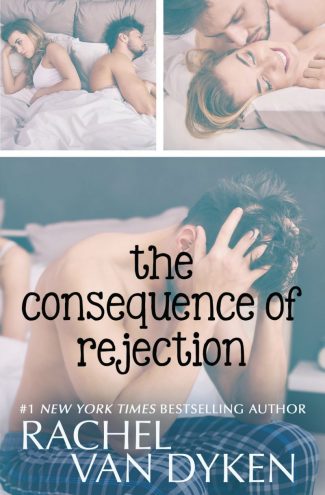 You know the universe is trying to tell you something when you get struck by lightning, but only after getting hit on by the elderly, almost getting run over by a semi, and running into the one who got away.
Why do they say it like that anyway?
Like I accidentally lost her when she was the one that got in the car with my best friend and left me.
The day after I proposed.
We were eighteen.
I wanted forever.
She didn't.
It's been ten years.
I tried to move on, tried to get married, had that same wedding crashed by my now best friend who says the only way for me to stop pissing off the universe, is to gain closure with the one woman I can't forget.
So I do it.
I embark on a journey down memory lane that not only lands me in prison but on the receiving end of a fist fight in front of the entire town, this naturally happens after drunken pool sex, climbing the same girl's window, and getting threatened at gunpoint by her father.
To say the universe is trying to tell me something anything, is a giant understatement.
I just hope I survive the message.
And then, I hope I survive her—again.

Title: The Consequence of Rejection 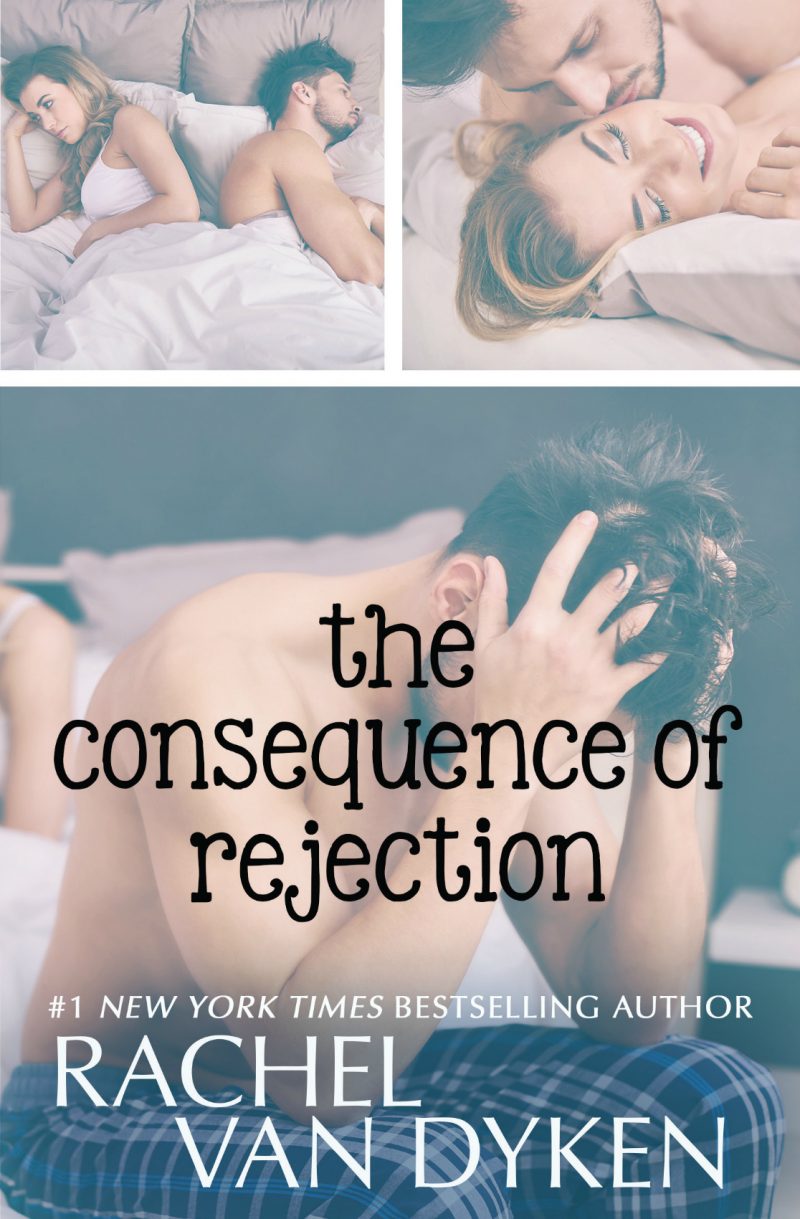 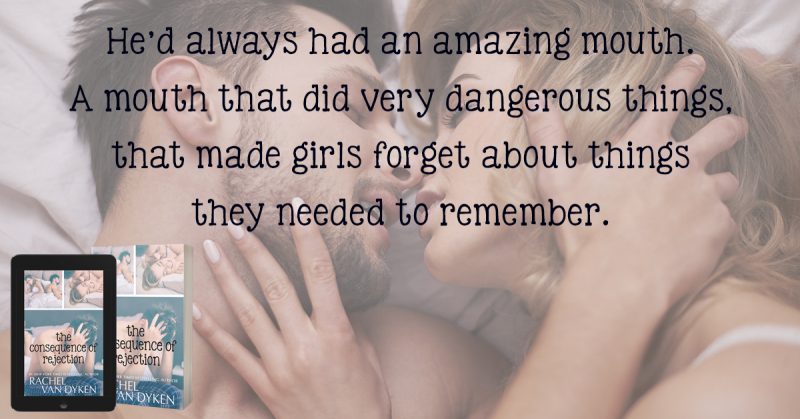 Full breasts spilled over into a small black bikini that left nothing to the imagination, it barely covered nipple for that matter, and the bottoms? Well she had to keep adjusting them let’s just say high school bathing suits ten years later look small.

In the best way possible.

Head held high she walked right by me to Max, grabbed a shot, took it, then sucked the lime he held out in front of her.

Max winked at me. “Something wrong, man?”

I reached for the non-existent gun at my side, which just made him grin harder as he kept handing out alcohol to parents of toddlers.

Because that’s the type of party it was.

It was almost too depressing for words.

I had all those things but what I’d always wanted. A family. Babies.

She shared a sideways glance with me.

I reached for her, but she pulled away and ran full speed towards the pool and did a giant canon ball.

While I watched as wet cold water ran down her curvy body, my gaze was so transfixed on her erect nipples I’m surprised nobody pulled me aside about my current situation of arousal.

I chased after her, jumped in.

And felt the warm buzz of alcohol fill my veins just as I popped up and saw Max follow, balls first, in my face.

I ducked just in time, so I didn’t get a fist full of balls.

The guy only laughed once we both popped up.

I swam towards Maddy and tugged her against me. “Stop running.”

“I’m not.” Her breath came out raspy. “I’m just…reliving old times, isn’t that what you wanted? So we could have closure?”

Why did it feel like she was turning the tables on me.

Her kiss was swift.

Fast, and oh so very punishing as I gaped into her mouth and pinned her against the side of the pool.

Music filled the air out of nowhere from somewhere outside, it pounded into my ears the way I wanted to pound into her.

I grinned against her mouth as she wrapped her legs around my waist.

And then Reid cast a shadow over us and started pouring vodka over our heads.

Maddy tilted her head back and opened her mouth while I leaned in and licked it off her chin.

“Guys!” Someone yelled. “Keep it down, someone’s going to call the cops!”

“Cops?” Max laughed loudly. “I am the law, bitches!” The music blared. “Plus, we already got our cop here.” He pointed while I took another shot.

And then Maddy squeezed her thighs.

Yeah the cops were coming alright. 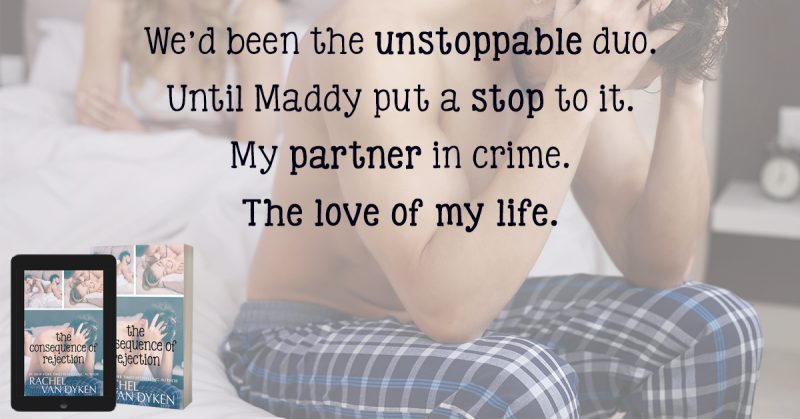 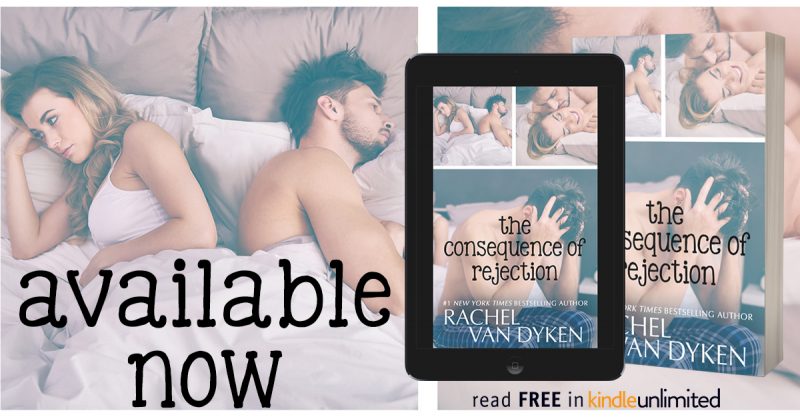 The Consequence of Loving Colton 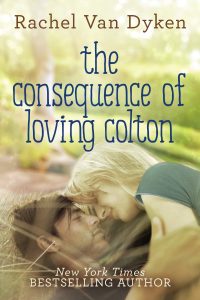 It’s all fun and games…until someone’s heart is broken.

They’re not kids anymore, but Milo Caro is certain that Colton Mathews will only see her as his best friend’s little sister for the rest of their lives. After all, he made that clear the night before she left for college. But four years later, her brother is getting married and Colt’s the best man—and guess who is the best man’s last-minute date?

Milo vows to use the wedding to either claim the smoldering firefighter’s heart or douse this torch for good. When Max—her best friend from college, who may be carrying a torch of his own—crashes the party, they devise a plan to make Colt see what he’s missing. But after Colt catches on, he decides to cook up his own revenge.

Now it’s personal. Colt and Milo are at war, and between Max’s questionable acting methods, an unfortunate trip to jail, and a maniacal fiancée, what could possibly go right?

The Consequence of Revenge 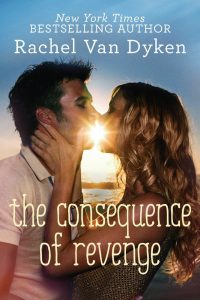 After losing his best friend to another guy, the notoriously too-confident Max Emory suddenly feels lost. He may have devastatingly good looks, an abundance of charm, and a claim to one of the biggest hotel empires around, but he has no ambition anymore. So when his fed-up friends decide they’ve had enough of his moping, they sign him up to be the next bachelor on the reality series Love Island. And between his pride and his forged signature on an ironclad contract, Max just can’t say no.

Now he’s stranded in paradise with twenty-four women, one terrifying goat, and Becca, the breathtaking barista who already turned him down back home. The closer Max gets to Becca, the more determined he becomes to win her over. As she gets to know him better, things start heating up. But is Becca really after Max’s heart—or is she after the cash prize she could claim once the cameras stop rolling?

The Consequence of Seduction 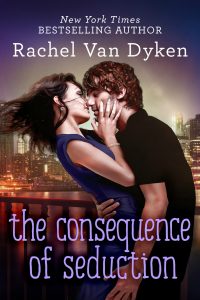 Reid Emory has never had reason to question his luck with the ladies. As the owner of a lethal set of aqua-blue eyes and a devastating grin, this Hollywood heartthrob always brings his A game…but lately his luck seems to have run out. The actor is in need of some help, and there’s only one person he can trust to take his love life—and his career—to an explosive new level.

Jordan Litwright’s newest client is trying her patience. As a publicist, she’s more than content to stay in the background and let others shine. But when a publicity stunt backfires, she suddenly finds herself thrust into the spotlight—as Reid’s new love interest. And while other men usually overlook her, Reid is focusing in with laser-like intensity. There’s no denying they have serious chemistry.

But once Reid breaks into the big time, can they turn their made-for-the-media romance into a forever love?