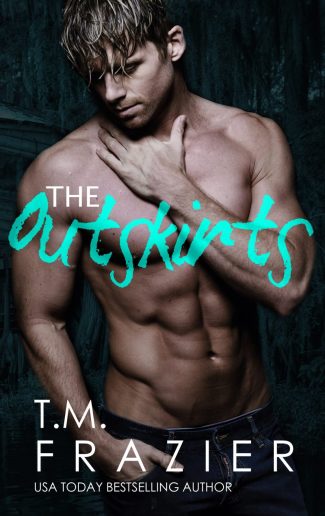 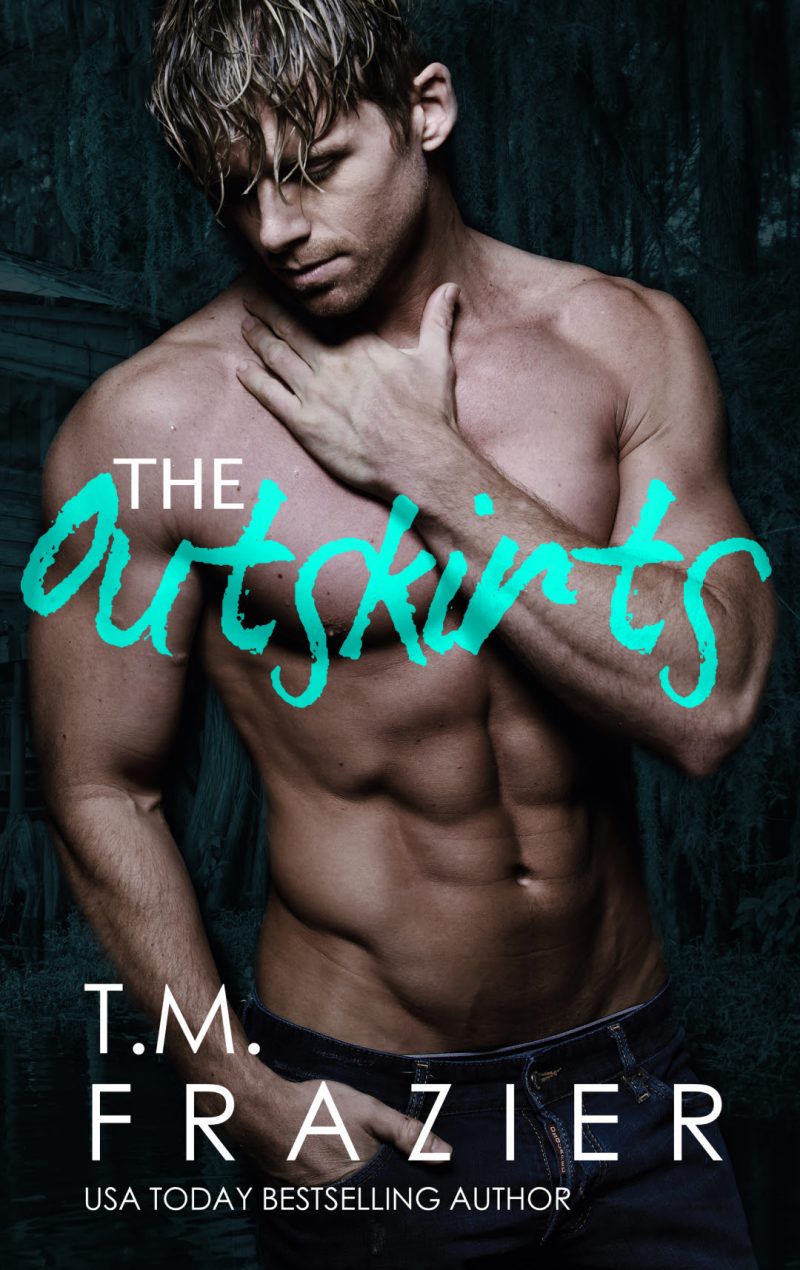 The Swamp is about to get a whole lot hotter!

The Outskirts by TM Frazier is live! 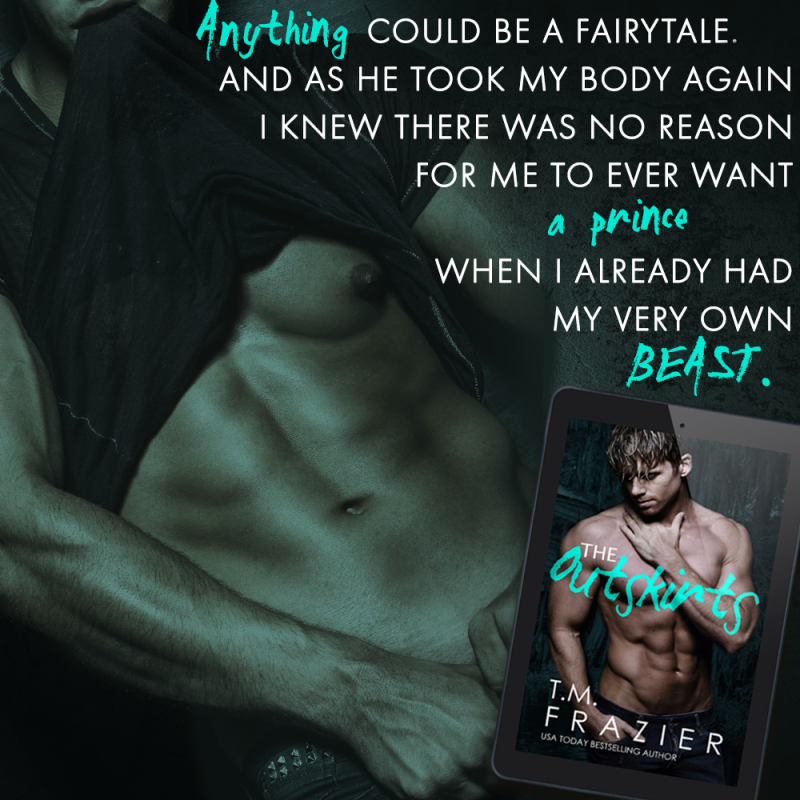 What early readers are saying about The Outskirts…

“There is something so uniquely compelling about The Outskirts. The forgotten, swampy Florida town and its characters came completely alive for an unputdownable one-sitting read. I can’t wait to go back in The Outliers.”

“The Outskirts is a visceral and utterly gripping love story of the forgotten ones. With her raw and magnetic prose, Frazier ignites all the feels as she takes her readers on an emotional, palpable, and poignant journey of two broken lost souls. Two strangers. One collision. Two hearts intertwining. Two souls becoming one. Buried secrets that could ruin it all. And one outcome.”

“Another scorcher from T.M. Visually compelling, simplistic yet profound, full of heart-warming earthiness. This story will warm your heart and make you believe in love.”

“A sweet and engaging romance about second chances, not just at love but at life, as two lost souls find love & healing in the Outskirts!”

“I am desperate for more and I cannot wait to see where we will be taken in The Outliers.”

“The twists and turns this book takes you on will keep you breathless with anticipation and on the edge of your seat with downright fear. A must-read for sure!”

“I had a knot in my belly as I waited for whatever surprises T.M.Frazier had in-store…she did not disappoint.”

“Only T.M. can make me want to move into a vintage camper on swamp land in a ghost town called Outskirts. I don’t give this book five stars, I give it fifteen alligators and twenty-seven flame emojis! Loved it!” 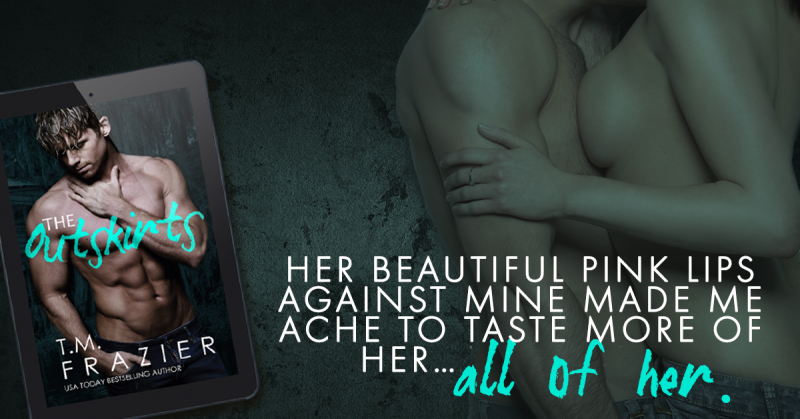 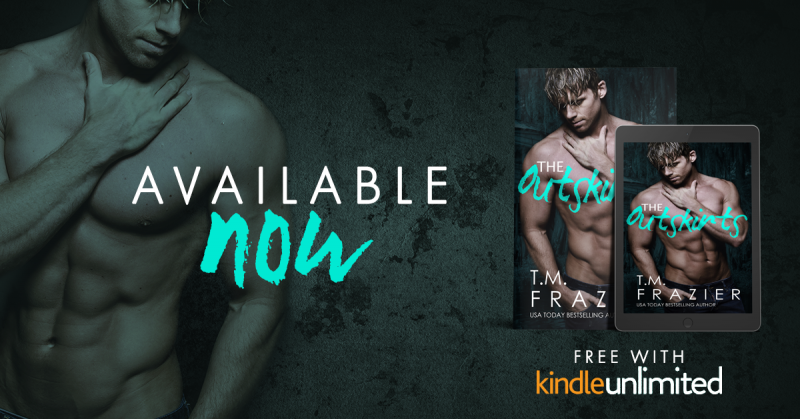 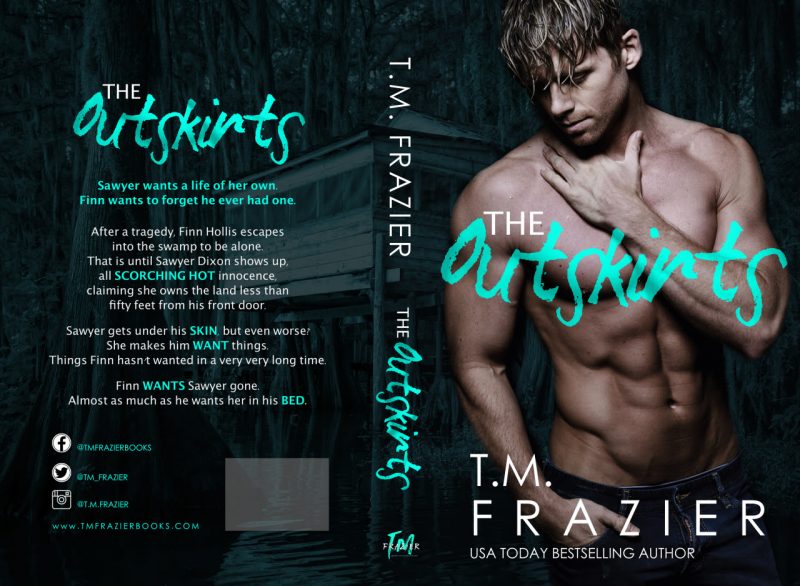