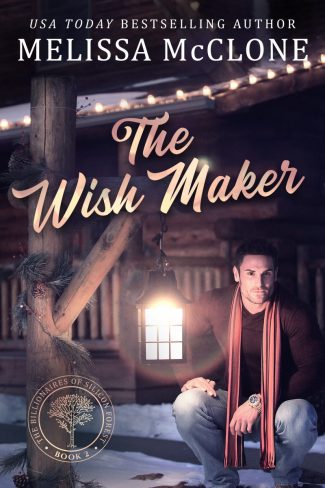 One word changed Wes Lockhart’s life forever. Cancer. Fighting for his life completely flipped his priorities, making him realize he wanted—no, needed—to use his billions to help others find the kind of second chance he’d been given. The first person he intended to help? The beautiful, caring, and dedicated oncologist who got him through his treatments and ushered him into remission. And what better time than the holidays to become her not-so-secret Santa?

Dr. Paige Regis has spent her entire career helping others, often at the expense of her personal life. She’d love to start a family of her own—but with her current patients and her plans to open a brand-new cancer center, it seems like an impossible dream. It’s not until she reconnects with the charming Wes that she realizes he might just be the man to make all her Christmas wishes come true.

Can Wes and Paige open their hearts to the magic of the season—and each other—to get a shot at their very own Christmas miracle? Or will past hurts and doubts end their happily ever after before it even begins? 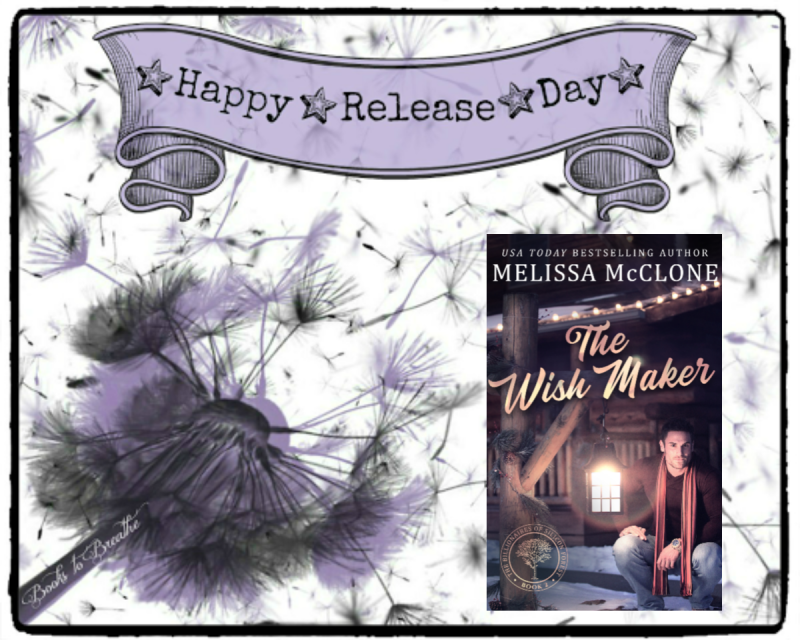 Series: The Billionaires of Silicon Forest #2 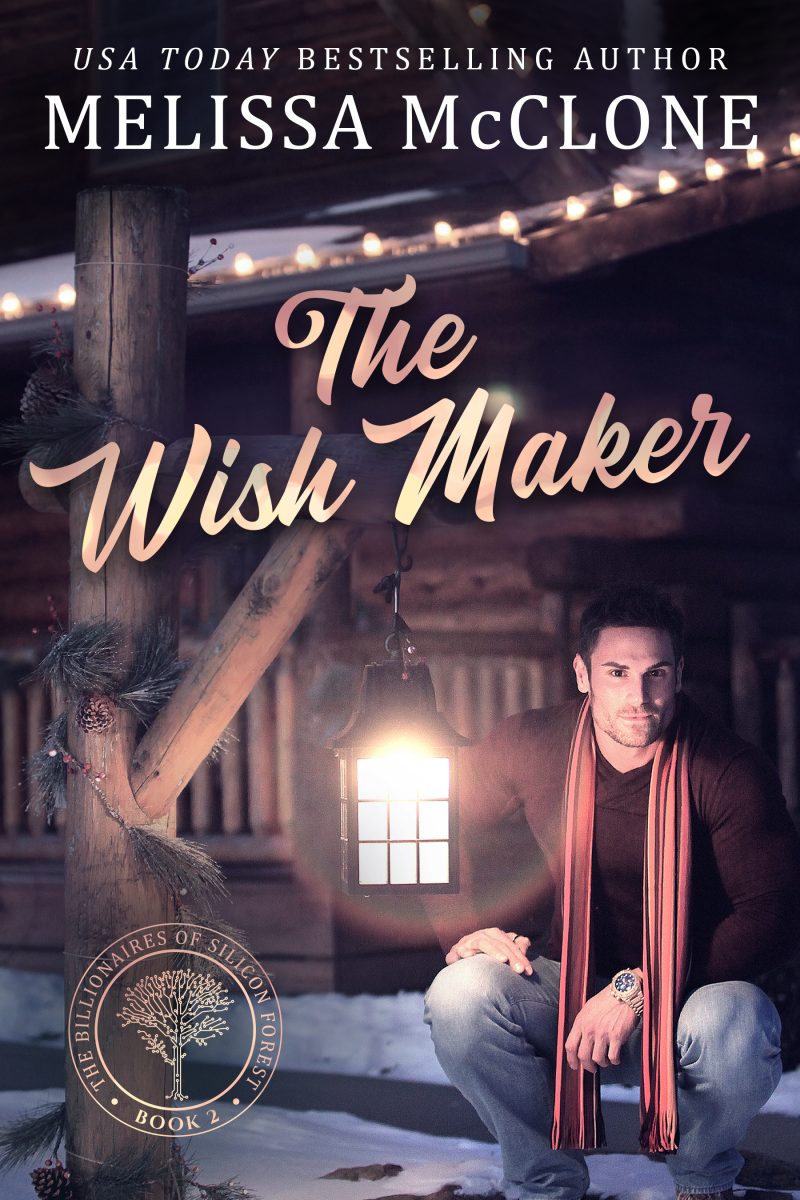 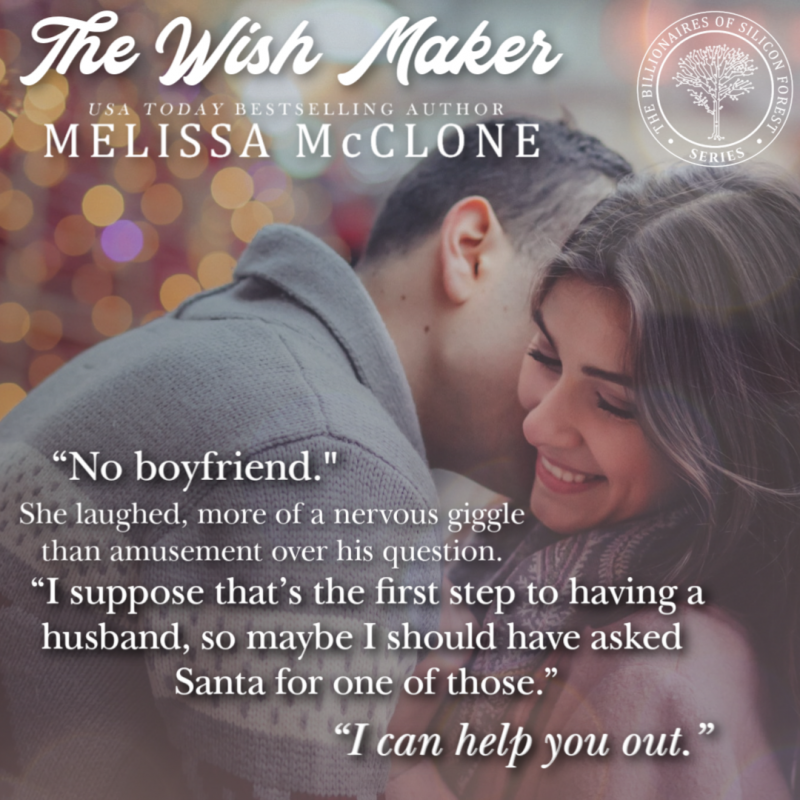 Wes sat across from her at a small round table tucked in a back corner. He sipped his Americano.

“I would have taken you for the caramel macchiato type.” He eyed her mug, which was topped with whipped cream, chocolate sprinkles, and a candy cane. “Not peppermint hot chocolate.”

“It’s a Christmas drink. Not as traditional as eggnog, but a close second.”

She took a sip. When she lowered her mug from her mouth, a dollop of whipped cream stuck to her upper lip.

Wes shouldn’t be staring or wishing he could help her with it. He tried to look away, but he couldn’t. Fighting the urge to wipe it off, he handed her a napkin. “You have whipped cream on your mouth.”

“That always happens with these drinks.” She patted her face with the napkin. “But it’s worth it.”

Glad she thought so. Wes never imagined himself envying a napkin. 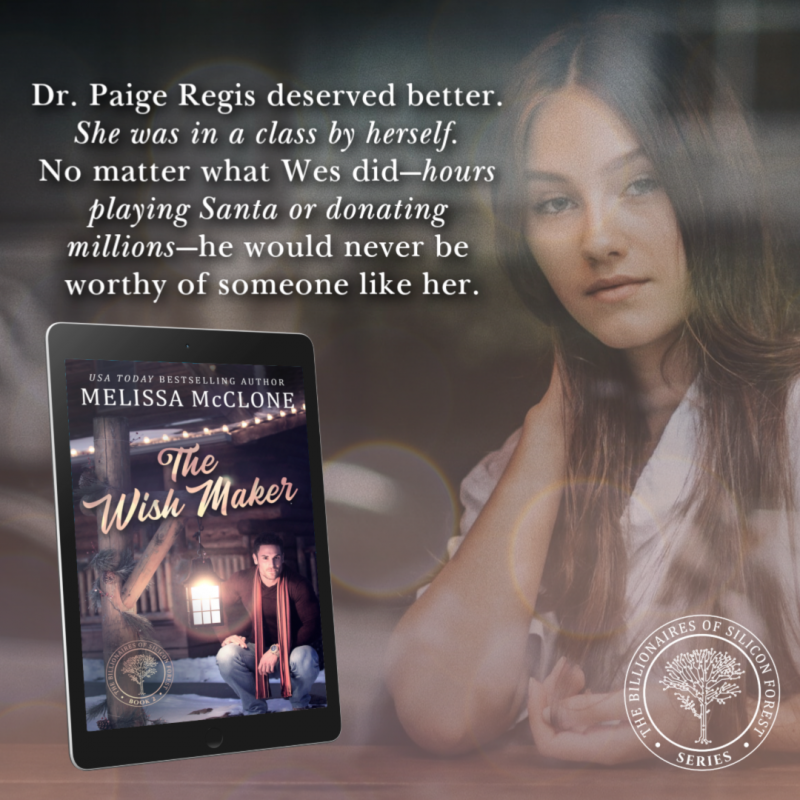 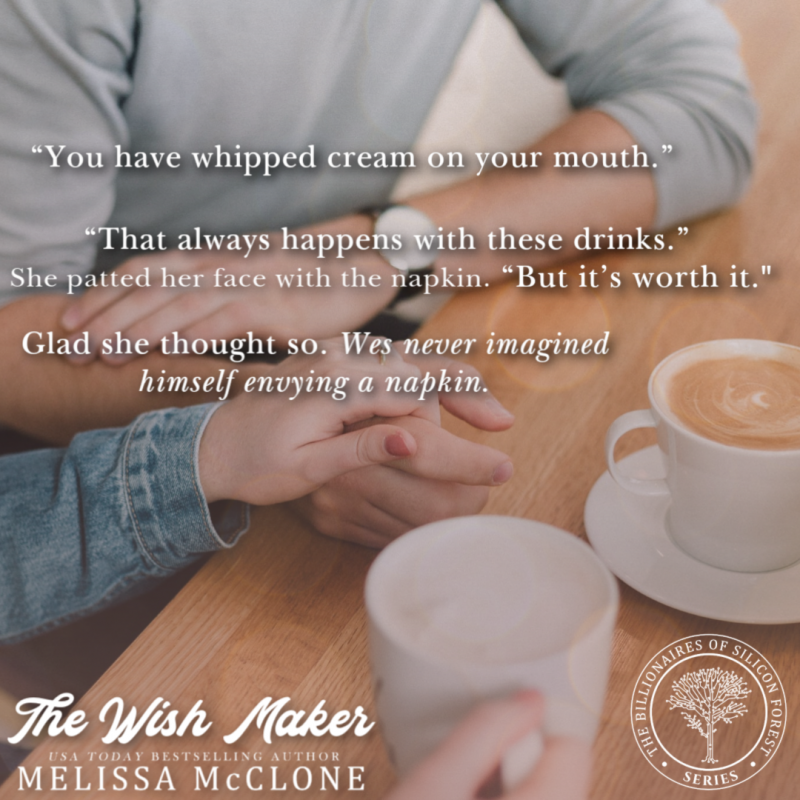 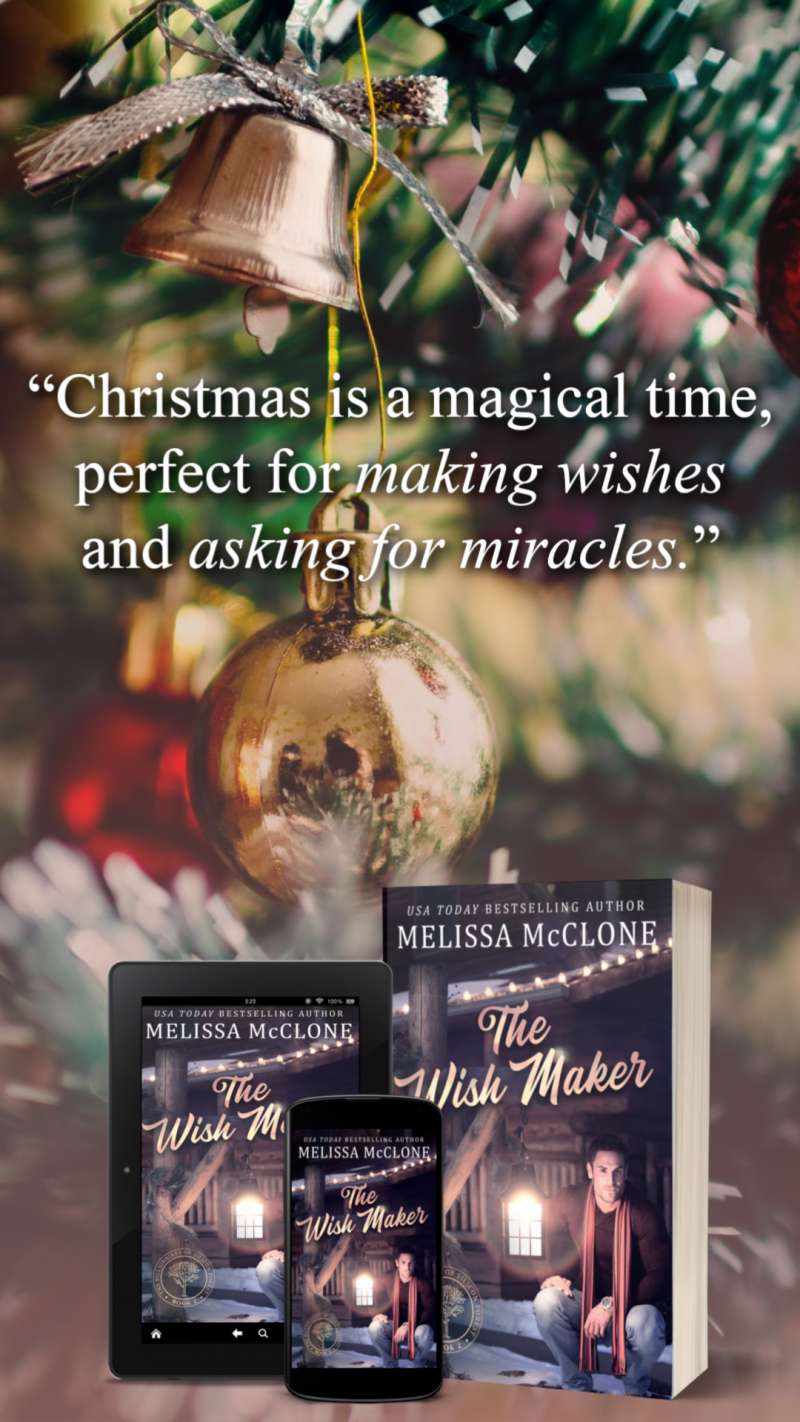 (The Billionaires of Silicon Forest #1) 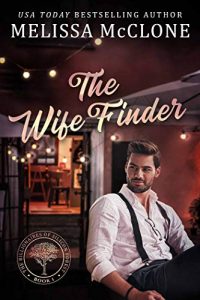 When it comes to love, all bets are off…

Failure has never been an option for self-made billionaire Blaise Mortenson. So when his friends suggest a wager to see who will be the last bachelor among them, he takes the bet. He has no doubt he’ll win—especially after he hires Hadley Lowell to find perfect matches for his friends. Now all Blaise has to do is ignore his growing attraction to the gorgeous, demanding matchmaker.

Hadley runs her business like a clandestine military op, precisely controlling every feasible outcome. But falling for a client? That was a possibility she never saw coming. Blaise’s drive, determination, and the softer side he tries to hide from the world appeals to her on a gut-deep level—but while her matchmaking success rate is unbeatable, finding love for herself has been nearly impossible. There’s no way her happily ever after could come in the form of a tech billionaire who isn’t even looking for love… is there?

What should have been a simple business transaction quickly turns into something way more complicated, and Blaise starts to wonder if he’s in danger of losing more than just the bet when all is said and done…

(The Billionaires of Silicon Forest #3) 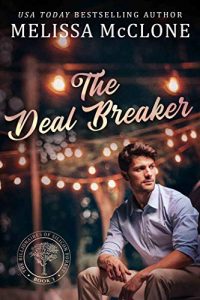 There are some lines friends should never cross… right?

Status quo might as well be Dashiell Cabot’s middle name. He has a job he loves, a billion dollars in the bank, and a best friend named Iris who keeps his personal life running smoothly. Why would he ever want to change any of that? But when Iris Jacobs tells him she’s quitting and returning to culinary school, Dash’s beloved status quo is thrown into chaos. Even worse? The thought of her departure is forcing him to realize his feelings for her might extend beyond the friend zone.

Iris wants more out of life than taking care of Dash. She always has. And even though she could never repay him for everything he’s done for her, she can no longer afford to protect his precious status quo at the expense of her own dreams. She has no choice but to leave… unless he can give her a compelling—and possibly romantic—reason to stay.

They’ve always been just friends. That was their deal. But when all is said and done, something will be broken—either their deal… or their hearts.

USA Today bestselling author, Melissa McClone has published over forty-five novels with Harlequin, Tule Publishing Group, and independently. With a degree in mechanical engineering from Stanford University, Melissa worked for a major airline where she traveled the globe and met her husband. But analyzing jet engine performance couldn’t compete with her love of writing happily ever afters. Melissa lives in the Pacific Northwest with her husband, three children, two spoiled Norwegian Elkhounds, and cats who think they rule the house. They do!

One response to “Release Day Blitz: The Wish Maker (The Billionaires of Silicon Forest #2) by Melissa McClone”