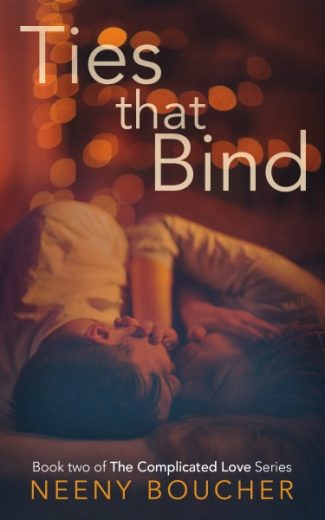 Forced to return to her hated hometown to work, Christina Martin, lawyer and ex resident bad girl, finds herself questioning her life choices. Reunited with her former husband, Nicholas Riley, their tenuous and complicated relationship is tested when secrets from the past and present are revealed.

Riley, a man with explosive secrets and penchant for psychological games, faces the dilemma of keeping the woman he loves through lies by omission or potentially losing her with the truth. This isn’t just their second chance for happiness, it’s their last chance and there may be some things that love can’t conquer at all.

Equal parts helped and hindered by a colorful cast of supporting characters, ‘Ties that Bind’, Book Two in the Complicated Love Series, continues the dysfunctional relationship of Riley and Dina introduced in ‘Lost in Flight’.

Warning: This book is not about bondage. I have nothing against books about bondage. Heck, I’ve been known to read a few works myself, but it’s just this book isn’t one of them. Unless, of course, you’re referring to the tangible and intangible bonds of human relationships, ties that bind and ties that can be broken. Then, this book is definitely about that.

‘Ties that Bind’ is not a standalone and forms part of a series. It is highly recommended that you read Book One, ‘Lost in Flight’ before this one. Also, this series is full of quirky, socially awkward, and badly behaved characters, underpinned with dark humor. It is not a traditional romance and there is no guarantee of happy ever afters. 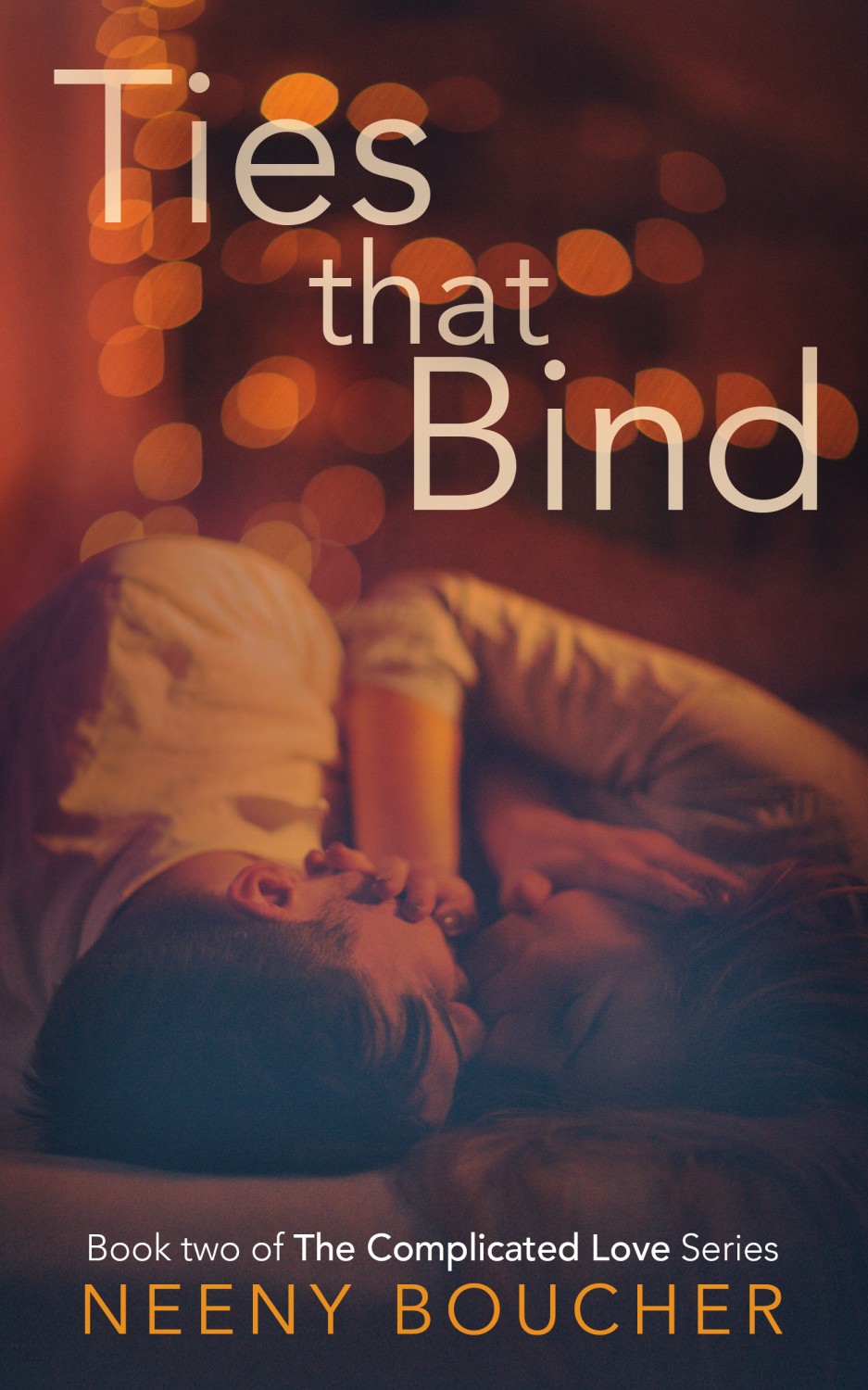 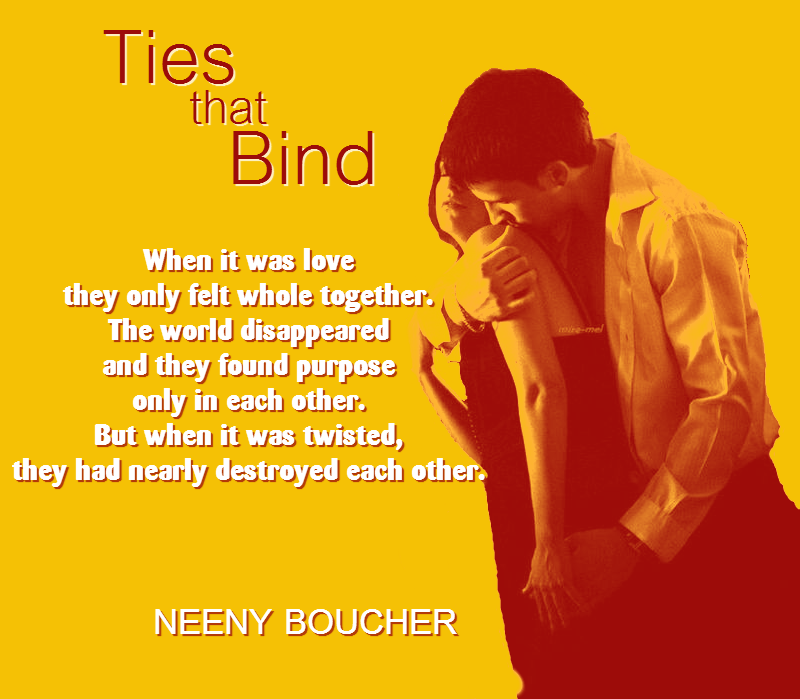 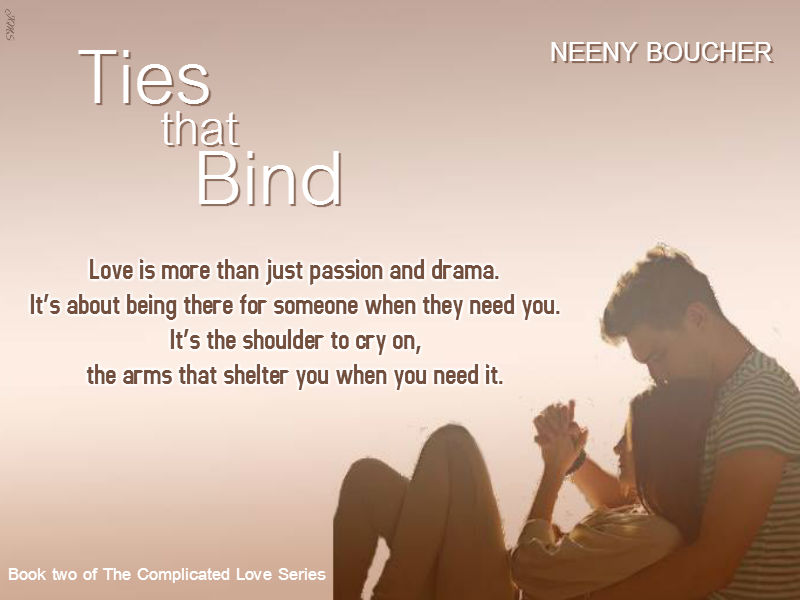 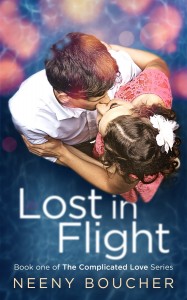 If you like your characters quirky, socially awkward and badly behaved, this is the book for you. What if you got another chance with the love of your life even when you didn’t want one? Would you grab the opportunity or run as fast as you could in the opposite direction?

Christina Martin, lawyer, ex high school grunge queen, teenage bride, divorcee and once a suspected killer, is confronted by a past that she has spent the last eight years carefully avoiding. Drawn back to her hated hometown with her family under the worst of circumstances, matters are complicated when she finds the love of her life, ex husband and nemesis, Nicholas Riley, also in residence.

Riley, a man with secrets, who has a penchant for psychological games, made wary by life and with one weakness, his ex wife. Christina is the woman that brings out all his protective instincts and others less noble. All it takes is one fateful night, where these two collide, opening a door both thought slammed shut and locked forever.

From the past to the present, Christina and Riley show that true love doesn’t always run smoothly, it might not conquer all and most importantly, love is complicated.