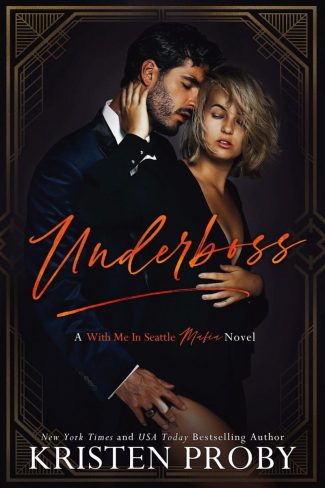 From New York Times bestselling author Kristen Proby comes an all new family in her With Me In Seattle world! Hold onto your seat as we introduce you to Kristen’s new mafia family!

As the eldest son of Seattle’s current mob boss, Carmine Martinelli’s life has never really been his own. But he doesn’t mind because his family means more to him than his life. Which is why he's determined to make those responsible for the death of his aunt and uncle pay—in inventive and gruesome ways. And what better way to do that than to infiltrate the Russian mafia from the inside? It’s a good thing the bratva’s princess is stunning and seemingly willing to do whatever he asks. This vengeance could be the perfect mix of business and pleasure.

Nadia Tarenkov has several things stacked against her: she’s a woman, and she’s not the eldest child in her family. But it doesn’t matter. She has her sights set on ruling the syndicate, and she always gets what she wants. When the heir to one of the States’ most powerful crime families comes knocking, Nadia sees it for the gift it is. He thinks he has her fooled, but she’s smarter, more cunning, and always two steps ahead. She’ll beat the gorgeous mobster at his own game, and secure her place in the fold.

What neither of them takes into consideration, however, is that they aren’t the only ones with deadly plans in motion. To survive, they’ll have to come clean and work together—and acknowledge that the growing love they’ve been pretending isn’t there, is very real. 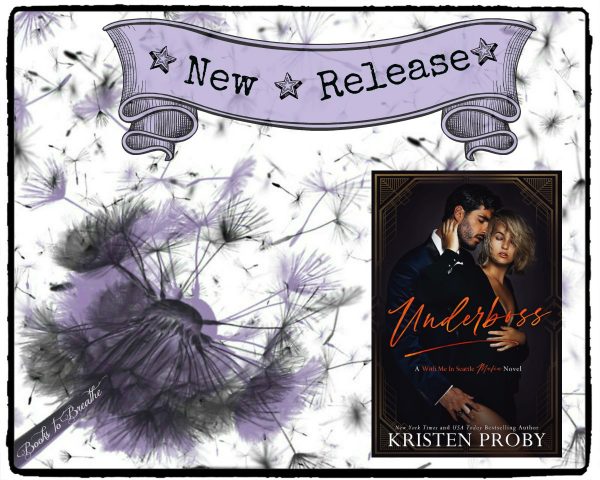 Series: With Me in Seattle Mafia #1 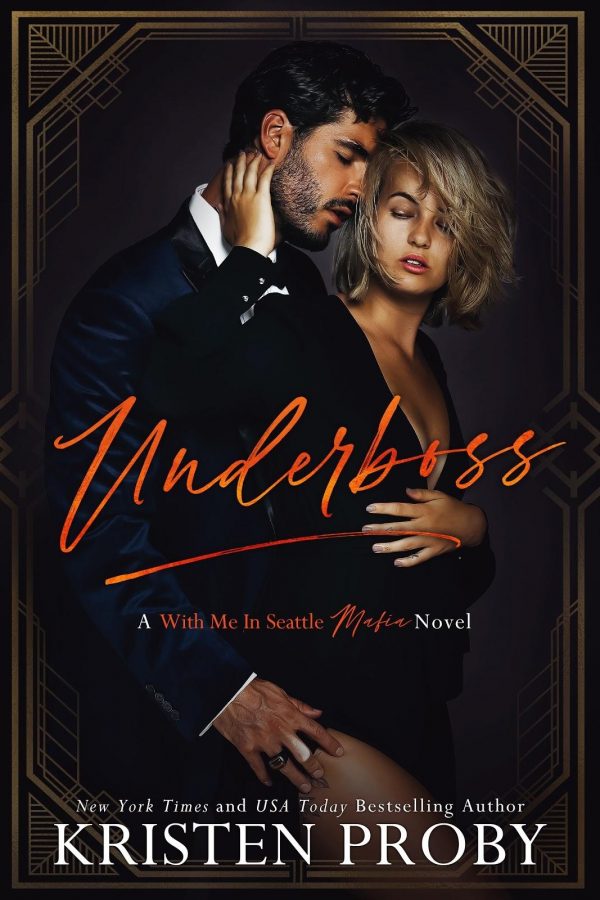 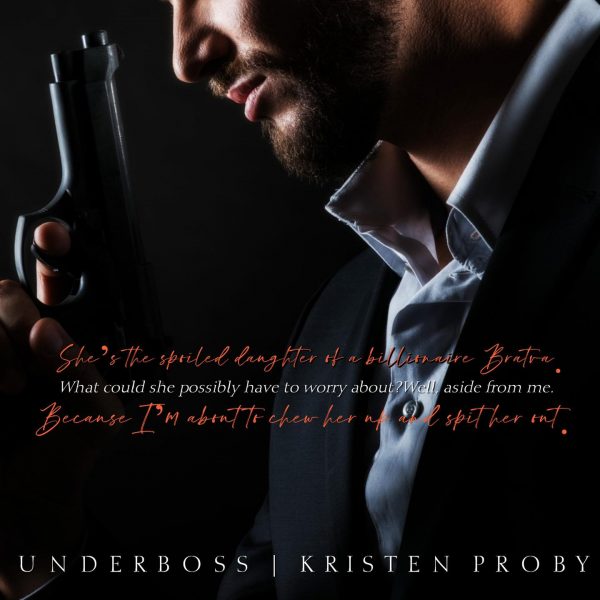 “Why are you flirting with me so hard tonight?”

Her smile doesn’t dim, but the light in her blue eyes sparks. “Oh, so you did notice?”

“Hard not to.” I lead her out of the elevator and down the long hallway to the presidential suite, then unlock the door and walk inside. “You’ve turned it up.”

“The flirting.” I turn and look at her as I loosen my tie. She drops her bag onto a table and crosses her arms over her chest. “What’s going on?”

“I like flirting with you.” She moves to me and brushes my hands out of the way so she can unbutton my shirt. “I like being with you.”

“You set the rules hard and fast from the beginning of this, Nadia. No sex. I’ve upheld my end of that bargain.”

“I know.” There’s no flirtation in her voice now as her eyes find mine. “And I also know that it’s unfair and just plain ridiculous to muddy the waters. To change the rules.”

“But I have a feeling you’re going to do just that.”

“We’re good together,” she says at last. “I thought I could turn that piece off. That I could ignore it. But damn it, the truth is, we are good together. And we’ll be working together for God knows how long.”

“Are you saying that you want to reintroduce sex into our dynamic?”

“Well, that just sounds like a business merger.” She rises onto her tiptoes and barely skims her lips over mine. “And there’s nothing sexy about a business merger. What you and I do to each other is fucking sexy, Carmine.”

I sigh, wanting nothing more in this moment than her. And in about six seconds, I’m going to have her.

But we need to get something straight first.

“It’s just you and me, who we really are, enjoying each other, Carmine. I know that.”

I don’t waste any time. I lift her against me and hurry to the bedroom. “If anything hurts—”

“Trust me, this doesn’t hurt.”

I grin and set her on her feet next to the bed. “Leave the shoes on.”

Her eyes are full of pure female satisfaction as she reaches behind her and unzips the dress, letting it pool around her ankles.

“Leave the necklace on, too.”

I laugh and urge her back onto the bed. “No. Let me do the rest.” 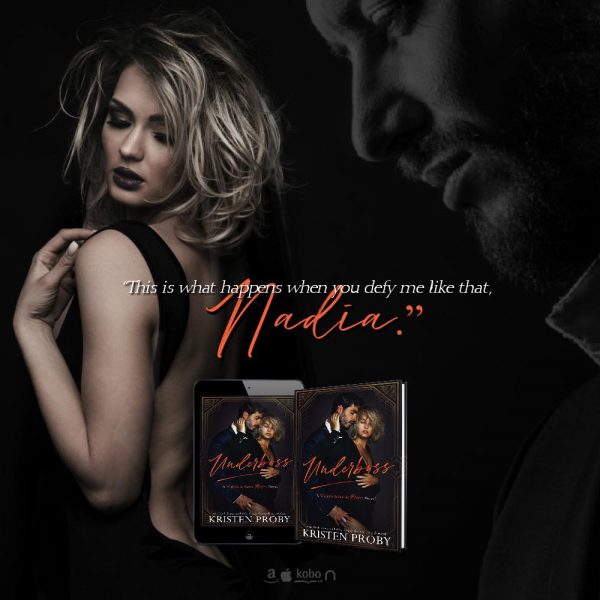 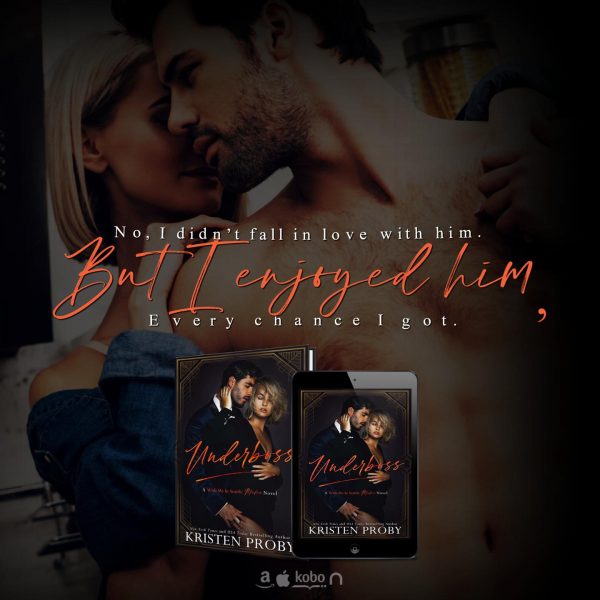 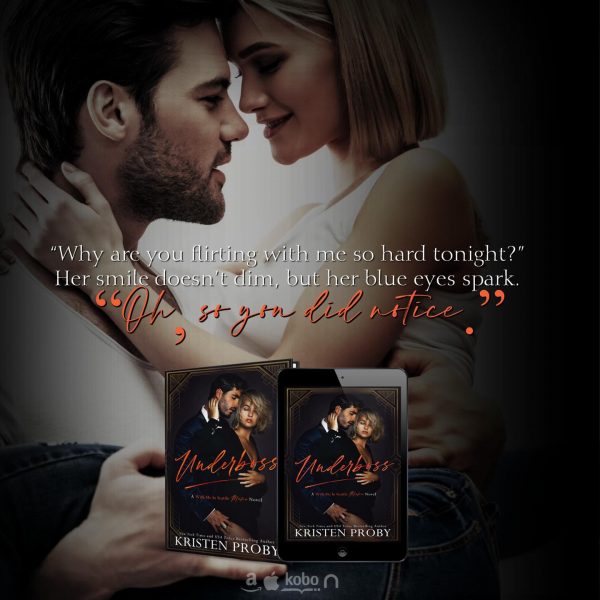 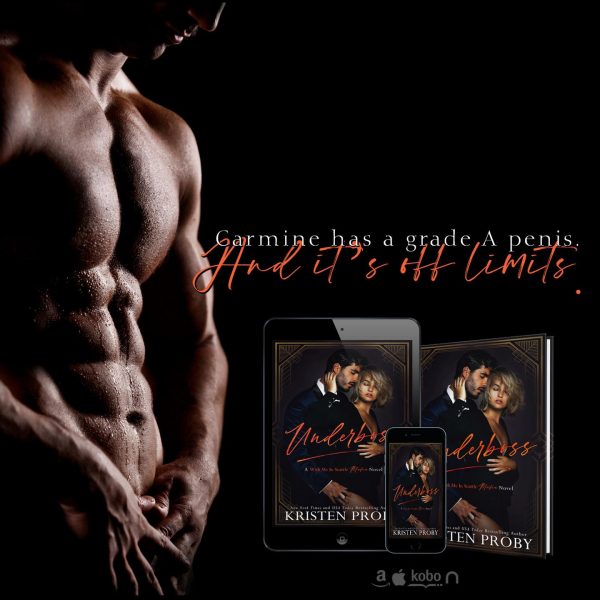 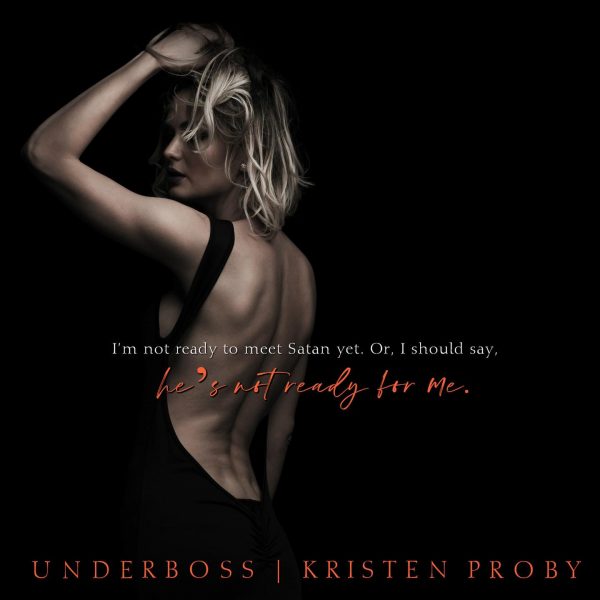 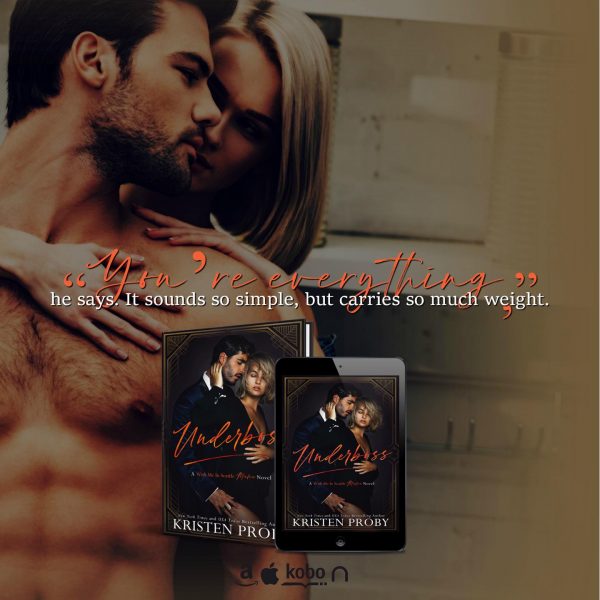 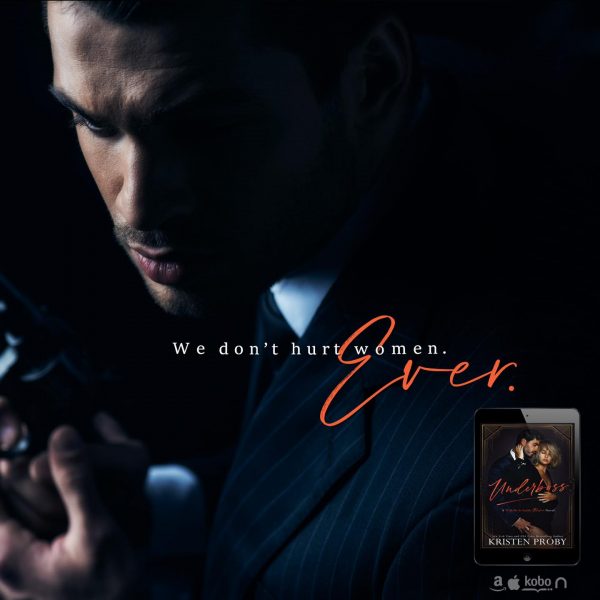 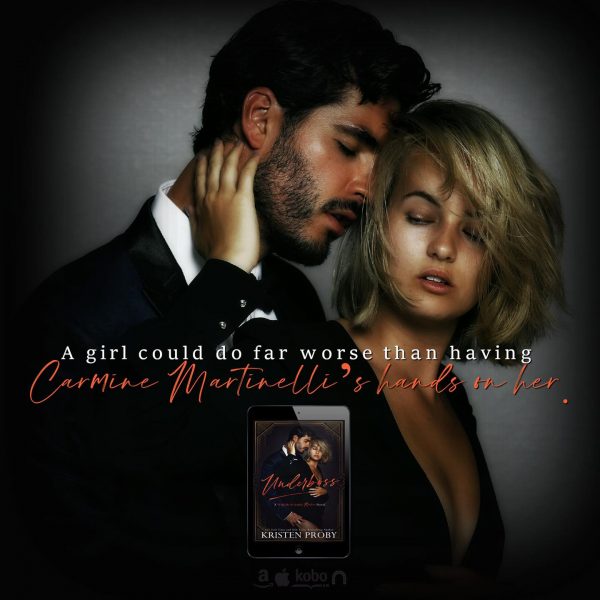 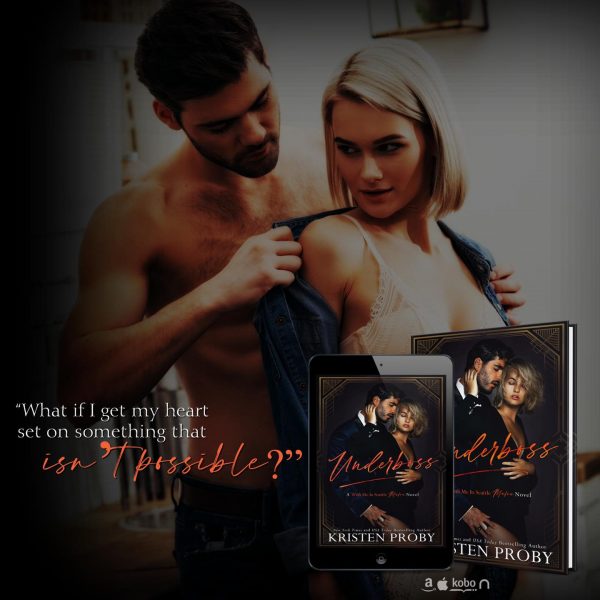 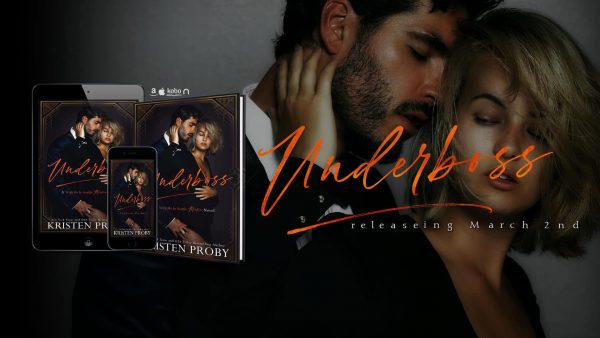 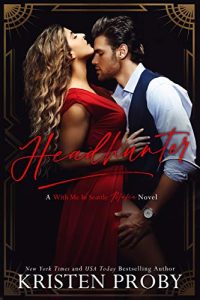 As the son of one of the States’ most prominent mob bosses, Shane Martinelli’s always been immersed in society’s shady underbelly. Learning to navigate it and keep to the edges was working just fine until an acquaintance turns up missing, and he fears the worst. From the moment he laid eyes on her, he hasn’t stopped thinking about her. Luckily, as an ex-special operative, he’s uniquely qualified to track her down and keep her safe. Unfortunately, nobody’s making that easy—not the people who took her nor the woman herself.

Ivie Jordan has led a pretty uneventful life, and that’s just how she likes it. Especially since she’ll be the first to admit that she doesn’t do so well in social situations. She’s a proud business owner, and while she doesn’t have family, she does have a network of people who look out for her. Little did she know that being accepted into that fold came with a laundry list of issues. When the worst happens, and she’s forced to rely on the ruggedly handsome alpha hero who comes to her rescue, she discovers her inner badass—and the sultry vixen on her other shoulder.

Too bad the two of them are literally running for their lives and trying to ensure the safety of those they love. There is way more at stake than meets the eye.

It’s time for the hunted to become the hunters. 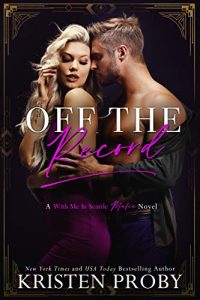 means doing the family’s bidding and making sure you’re connected—and, yes, breaking a few kneecaps. Rafe would love nothing more than to hang up his enforcer apron and live a quiet life, but as more and more higher-ups in rival clans turn up dead, Rafe realizes he doesn’t have a choice. Especially not when the captivating and gorgeous bratva princess needs his help.

Dr. Annika Tarenkov learned early on that her life belongs to her family. She’s a pawn in the long game, a bargaining chip for power and prestige. She gave up the only person in her life she thought she could be happy with, all for the greater good of the family. Now, a newly made widow and desperately seeking answers, she’s forced to confront her past as it converges with her present. But all it does is make her wonder about her future and how she can make Rafe hers again. While being with him is like wrangling a toddler at times, he still makes her heart race and her breath catch. And she wouldn’t feel safer with anyone else.

With the chips seemingly stacked against them, they must work to uncover the perpetrators of the nefarious plot that’s been brewing for some time—before it’s too late. 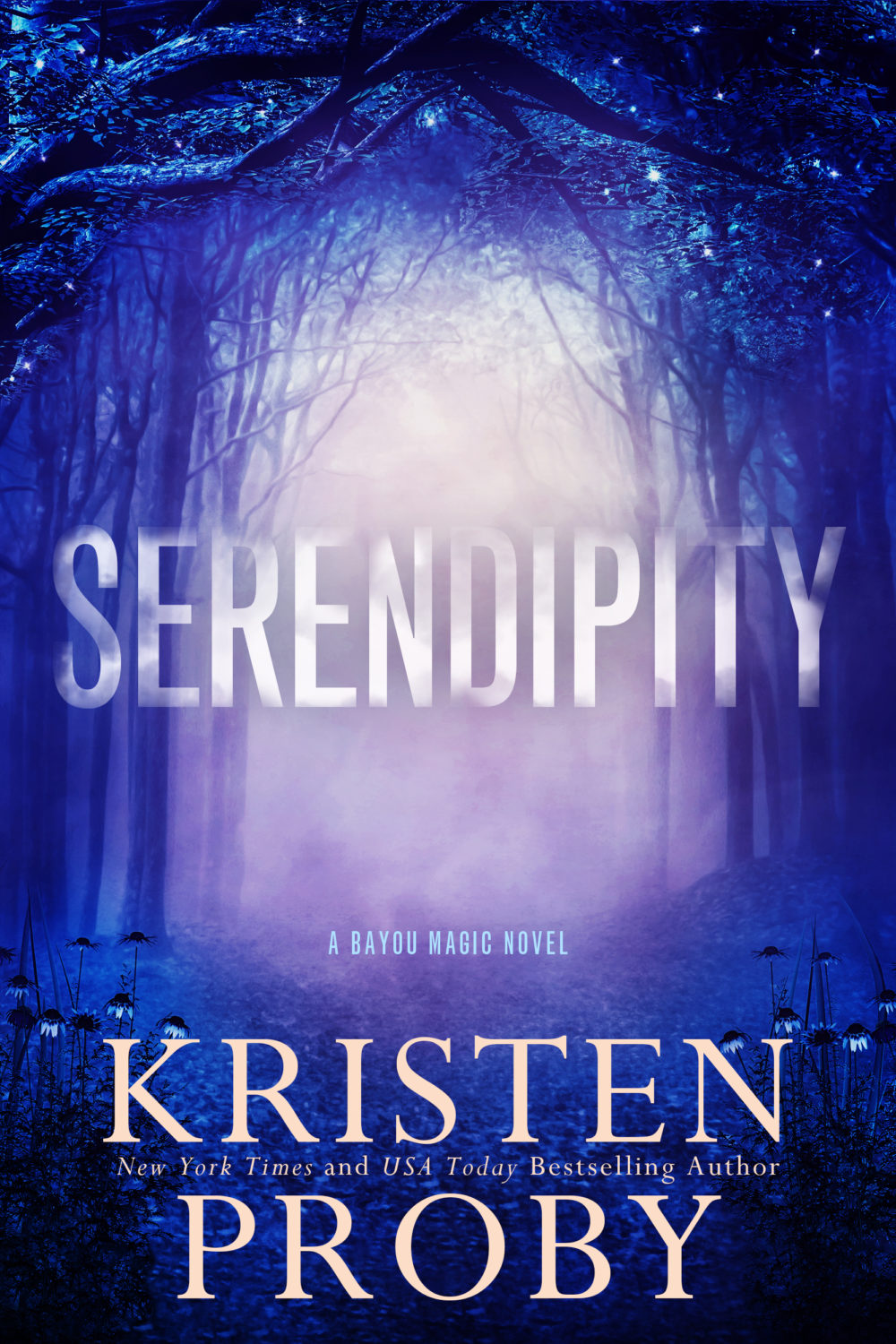