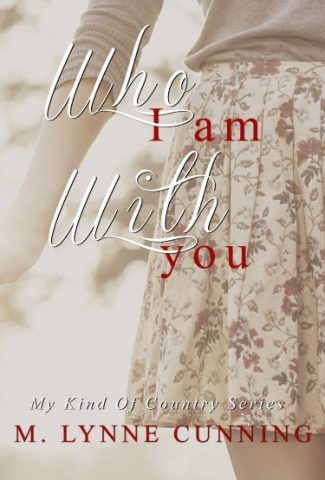 People only reveal what they want you to see…

Chad Kirkwood has a secret. One he’s determined to keep buried until he’s ready to divulge it. So when he shows up on Katie’s doorstep in answer to a job posting, he stretches the truth and tells her only what she needs to know.

Katie Wicken is broken. Left to pick up the pieces of a called-off engagement and a failing farm after the death of her father, she’s determined not to let anyone else into her heart. Then she hires Chad, and Katie finds herself glancing in his direction, watching him work, and thinking about him after the sun goes down.

Something begins to awaken within Chad, too. It’s been forever since he’s felt such a genuine connection and been able to fully enjoy his life. Hell, live his life. But when Chad’s lie catches up with him, he’s forced to come clean.

And the truth could break Katie’s heart once again.

Grief and pain can make people do crazy things… but so can love.

Title: Who I Am With You 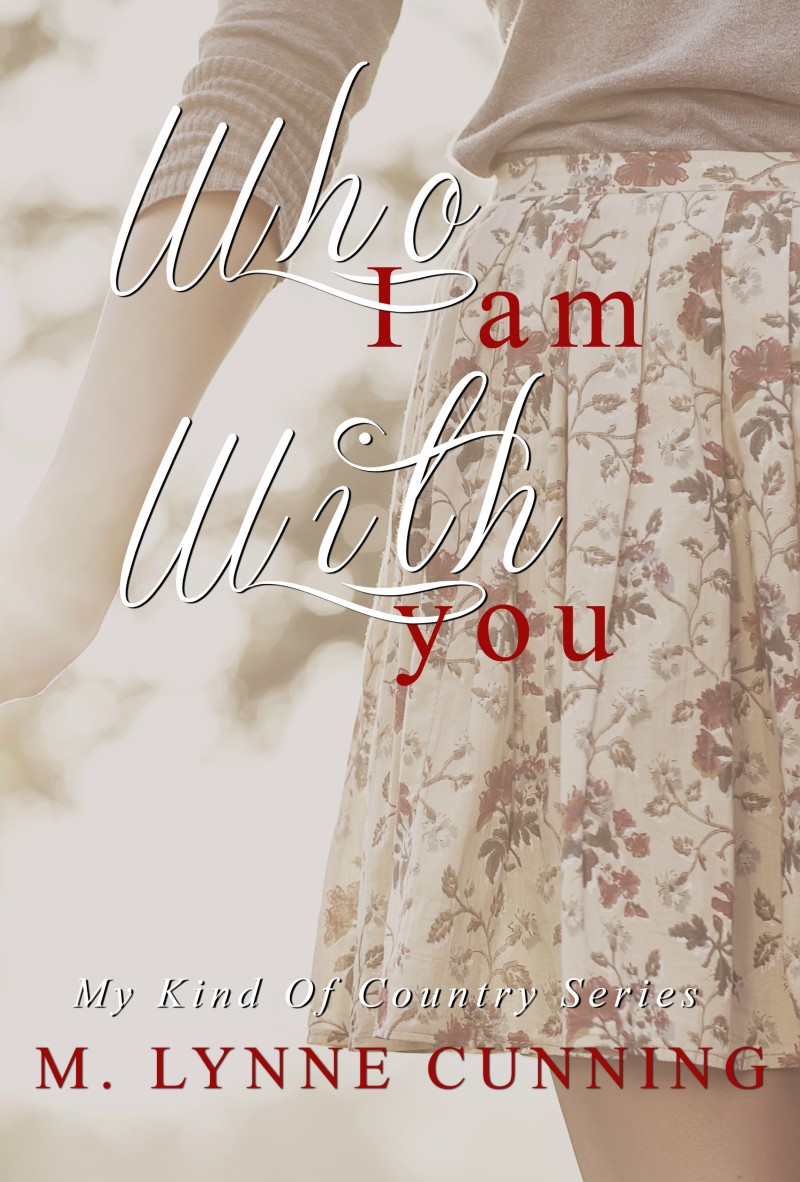 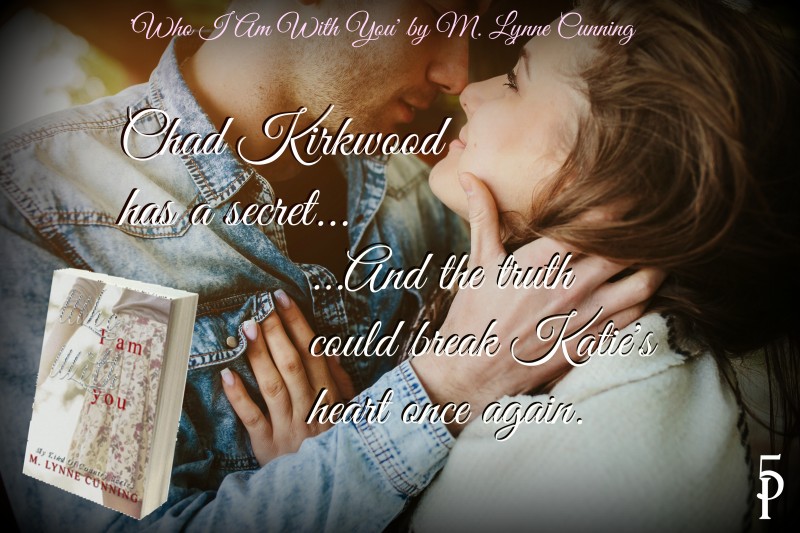 Chad lay back on the futon in the barn office, convinced he could still hear the occasional snap of the bonfire even though he’d extinguished it hours ago. Still, he couldn’t shake the thought, and he found himself padding across the office in his socks to peer out the window. Sure enough, the fire was completely out, and only a sliver of gray smoke still rose from the pit. He was about to head back to his bed when he noticed the strip of light shining through the partially drawn curtains upstairs in Katie’s house.

It had been more than three hours since their fireside conversation. Three hours since their kiss. Yet, Katie’s bedroom light was still on, too. She should be in a deep sleep by now. So should you, you idiot, he chastised himself silently, shaking his head at still being up so late. He initially wondered if something was wrong. Perhaps Mason had suffered a bad dream and Katie was attempting to console him. However, as quick as the assumption flitted into his mind, it was quashed. She’s awake for the same reason you are, he told himself.

Their kiss. The tender way they’d embraced each other. Chad had never experienced the same things Katie had in life, and he wouldn’t pretend to have endured her pain. That said, only those who’d hit their own personal rock bottom could identify with the despair and anguish Katie had been subjected to. He didn’t necessarily know her, but he understood her, at least enough to offer her the only thing he really had to give. 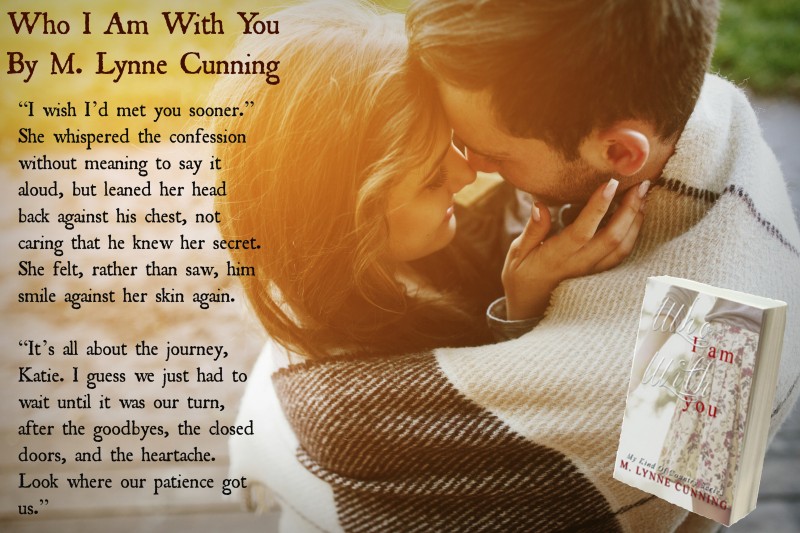 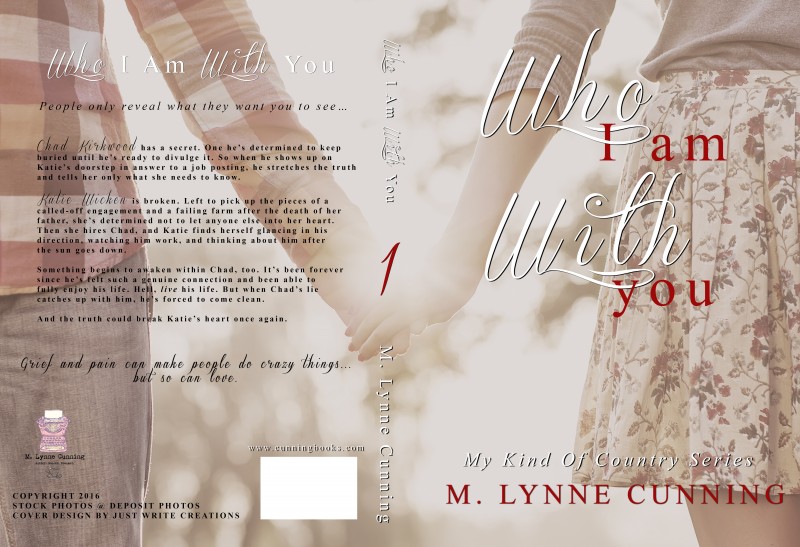 M. Lynne Cunning has always wanted to be an author, but it wasn’t until she discovered National Novel Writing Month and all the insanity that goes along with it that she began to truly realize her love for writing stories. While she doesn’t limit herself to writing only specific genres, her first two published novels, Until I’m Found and Blurred Lines, are considered Romantic Suspense. Her new book, Who I Am With You (to be released February 2016), will be the first in a contemporary romance series. She also doesn’t believe that the traditional typical “happily ever after” is always the way to go. You’ve been forewarned.

She is almost always reading or writing, but also enjoys spending time and traveling with her husband/best friend, Dennis, and is the proud dog-mom of two brindle boxers. She’s also a too-far-gone coffee addict and a lifelong country music fan.