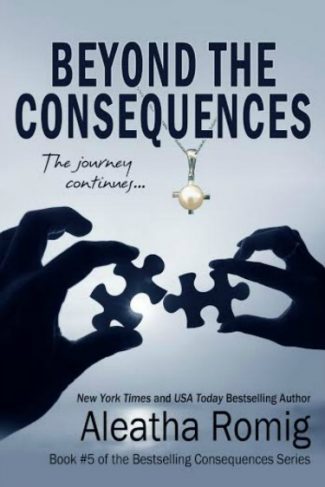 As the pieces of their puzzle come together, Anthony and Claire Rawlings continue to defy the odds. Together they overcame an incomprehensible beginning. Apart they endured unimaginable heartache. Reunited with family and friends, their journey continues as they navigate a dangerous world where secrets threaten to destroy what they hold the most dear.

Tony and Claire turn up the heat as sparks fly, passion rages, and love prevails. With only a dark glance or devilish grin, the fire that sparked in an isolated suite, continues to burn. Though no longer willing to be less than Tony’s equal in life, behind closed doors only one man makes the rules.

The safety of the Rawlings family is not debatable, and only Phillip Roach can assure that they are not disappointed. Learn how he leads old friends and new associates through the dangerous world of delusion and revenge. The choices he makes for both the family and his personal life will have consequences.

Theirs was a long, complicated story with a monster and a knight. What made their story unique was that these two players were the same person. — Aleatha Romig, Convicted 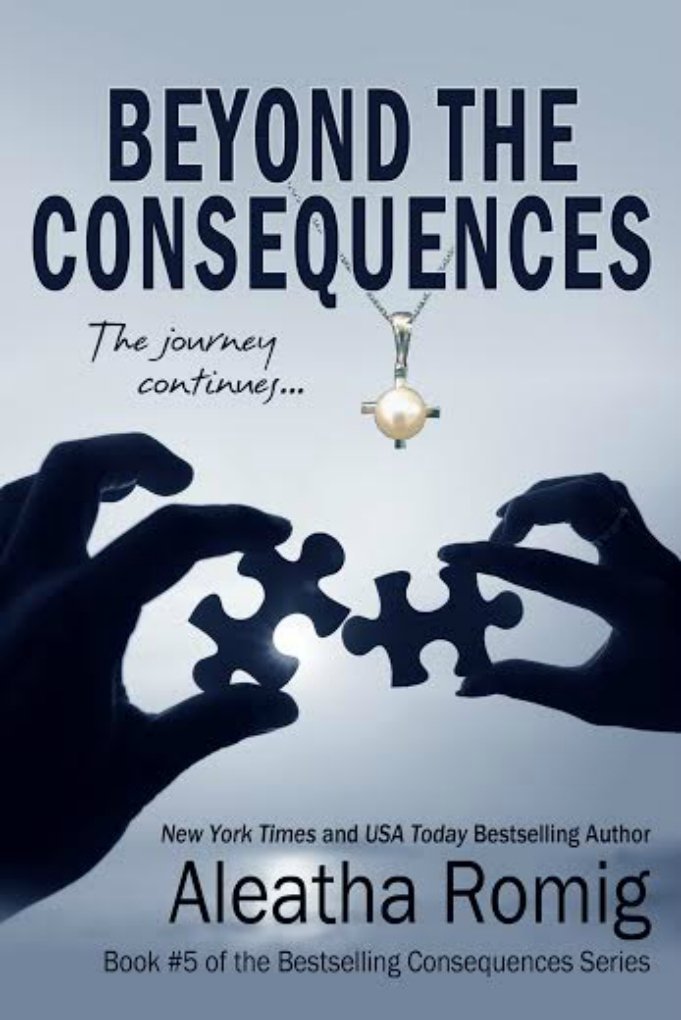 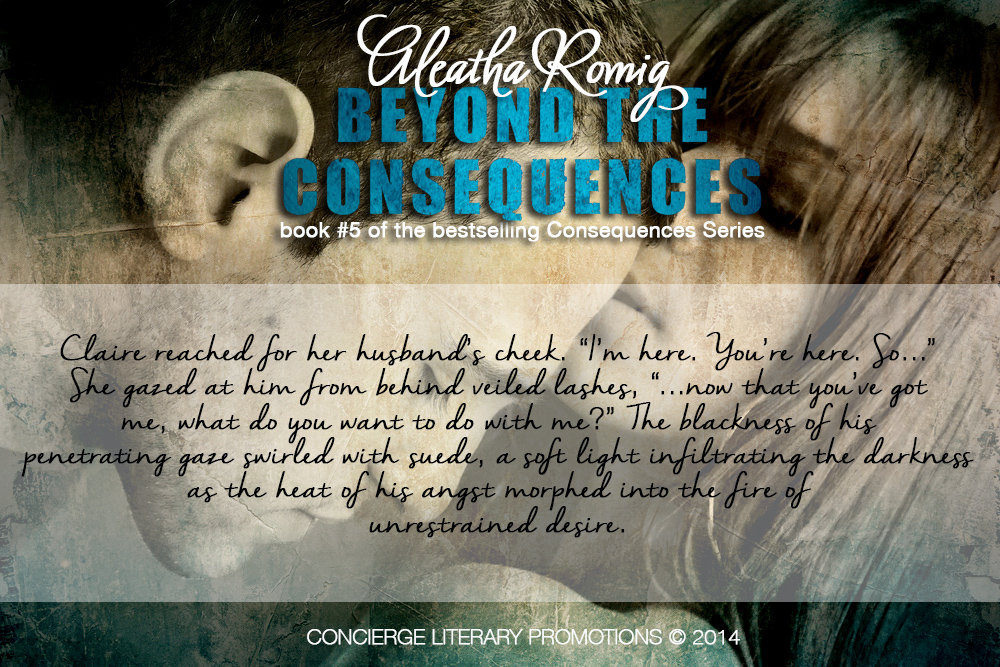 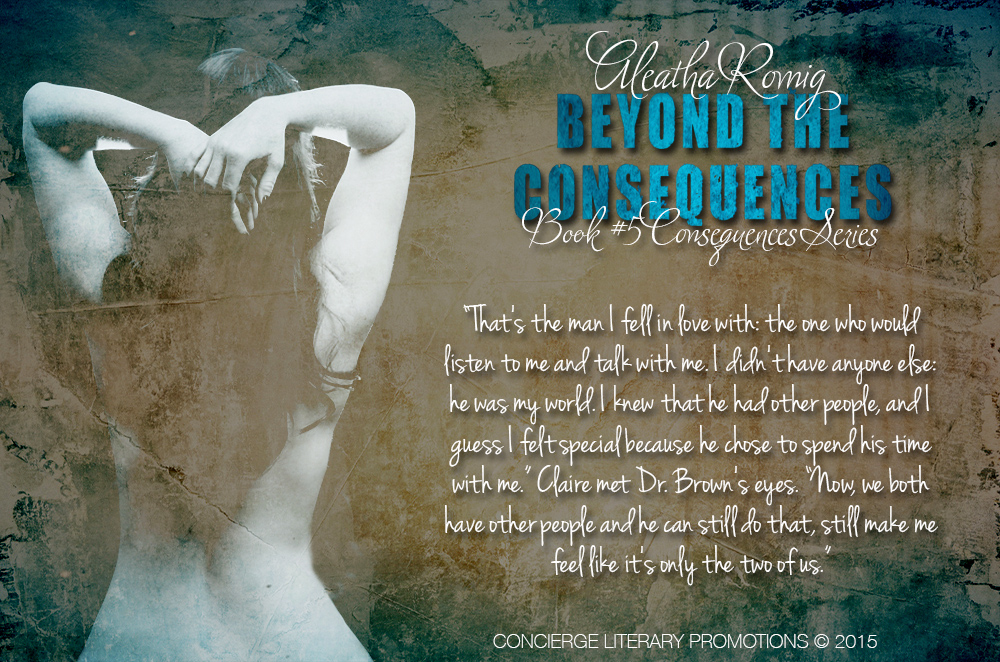 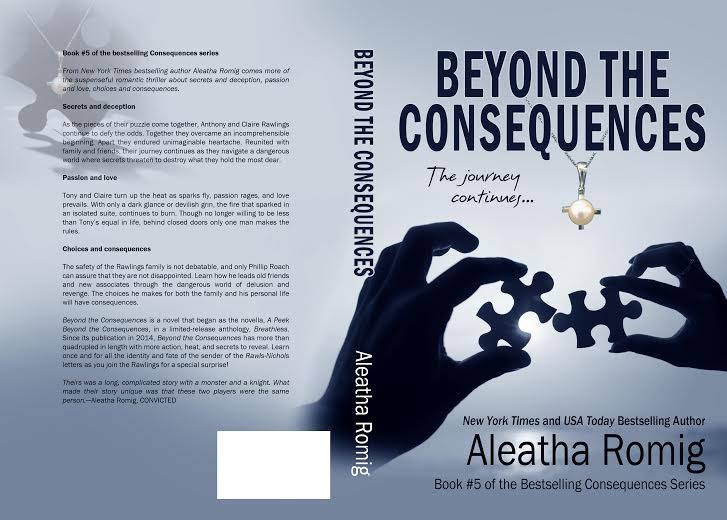 You Do Not Want to Miss This! 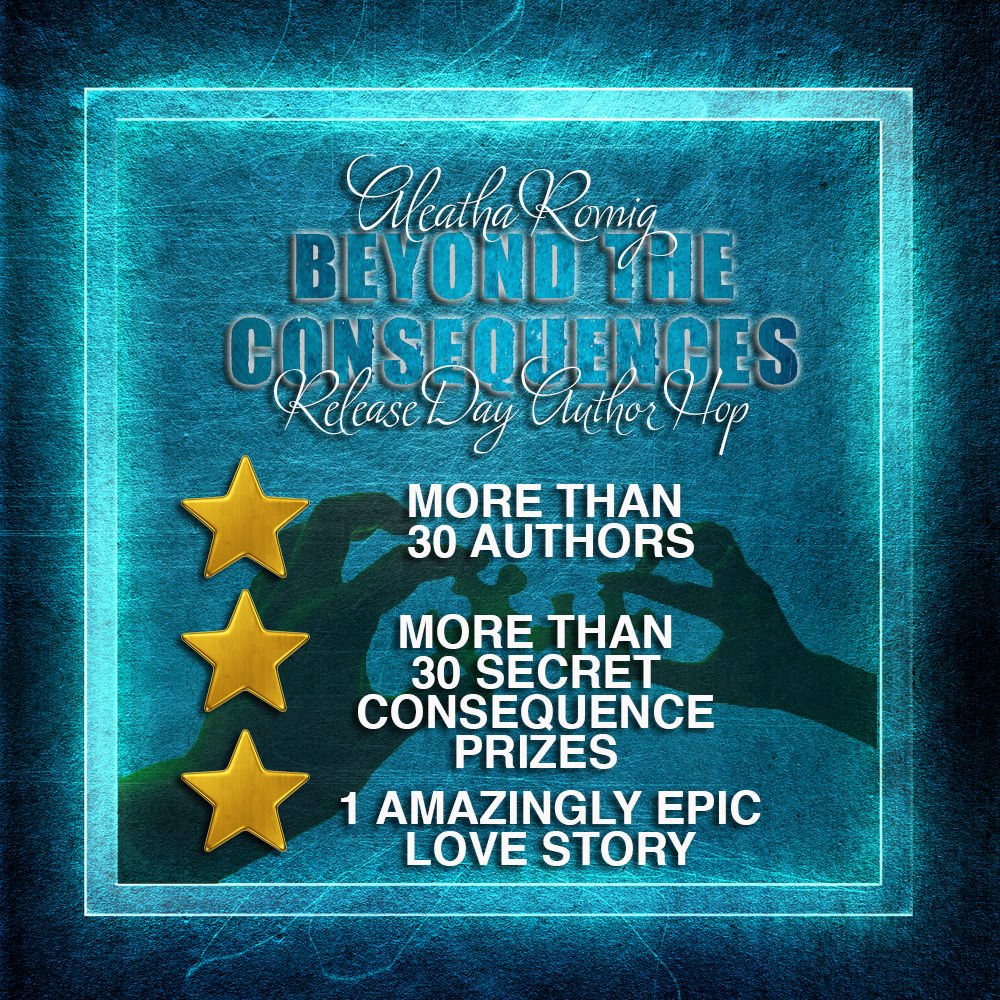 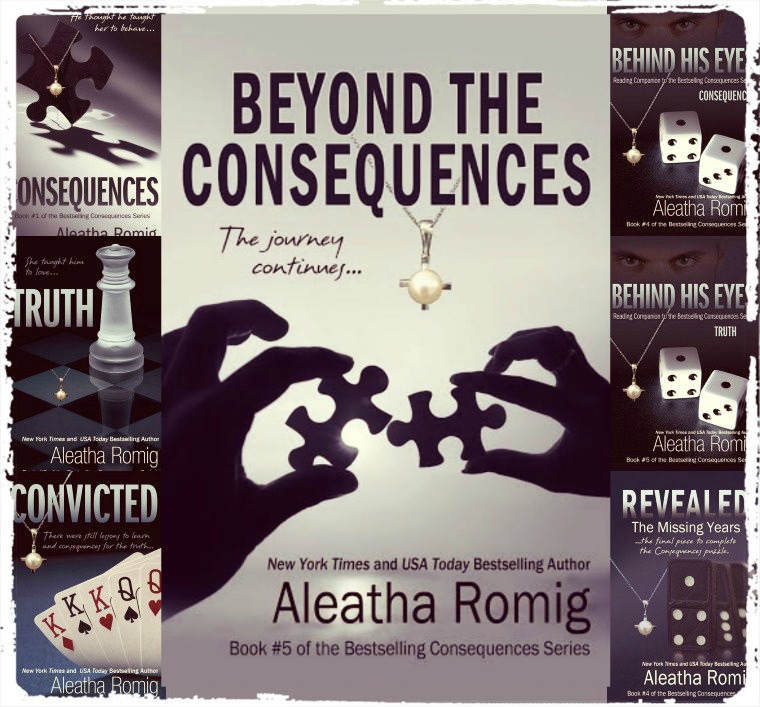 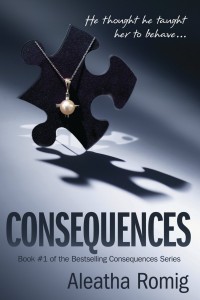 Every action has consequences.

Waking in an unfamiliar bedroom in a luxurious mansion, Claire Nichols is terrified to discover that a chance encounter led her into the cruel hands of her abductor, Anthony Rawlings. Claire has no understanding of why she’s there, but it’s been made abundantly clear—she is now his acquisition and every action has consequences.

Learn the rules to survive.

Facing incomprehensible circumstances, Claire must learn to survive her new reality—every aspect of her livelihood depends upon the tall, dark-eyed tycoon who is a true master of deception. Driven by unknown demons, he has no tolerance for imperfection, in any aspect of his life, including his recent acquisition. Anthony may appear to the world as a handsome, benevolent businessman, but in reality Claire knows firsthand that he’s a menacing, controlling captor with very strict rules: do as you’re told, public failure is not an option, and appearances are of the utmost importance.

To fit together the pieces of the puzzle, Claire must follow his rules. Will her plan work, or will Anthony become enthralled by Claire’s beauty, resilience, and determination, changing the game forever? If that happens, will either of them survive the consequences?

Nobody ever did or ever will escape the consequences of his choices.—Alfred A. Montapert 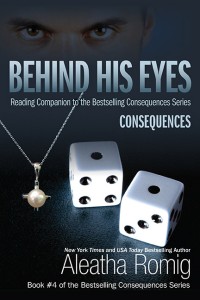 From New York Times and USA Today bestselling author Aleatha Romig comes the much-anticipated first companion to the suspenseful thriller about secrets and deception, passion and love, and choices and consequences.

What was Tony thinking?

Control? Acquisition? Domination? Love? BEHIND HIS EYES CONSEQUENCES explores significant scenes as well as behind-the-scenes moments from the first book of the Consequences series.
Not a total re-write, this companion explores the mind of the man who thought he set the rules and delivered the consequences.

Anthony Rawlings has the perfect world: money, influence, and power. Everything in his life is and has always been planned, executed, and predicted…until Claire. How long can he deny what is right before him? Experience the rare opportunity to see this esteemed man’s world change, from behind his eyes.

It is always darkest before the light.

Through significant scenes, experience the dark journey into the mind of the man who believes that he controls everything yet controls nothing. Share his thoughts as glitches are overcome and accidents are survived.

For the avid reader of the Consequences series, it is recommended that this companion be read after Consequences, Truth, Convicted, and Revealed for more insight into the man who:

“Once upon a time, signed a napkin that he knew was a contract. As an esteemed businessman, he forgot one very important rule. He forgot to read the fine print. It wasn’t an acquisition to own another person as he’d previously assumed. It was an agreement to acquire a soul.” 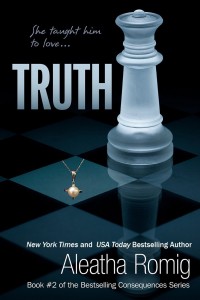 When she first arrived to his home, her goal was survival. Through strength and compartmentalization Claire captivated her captor. Her resilience in the face of his rule threatened Anthony’s well developed plan. He thought he taught her to behave-but domination became desire and Claire taught Tony to love.

Their passion and adoration in a world of opulence appeared perfect, yet the reality was a roller coaster of emotion. Claire’s world teetered on the edge of sanity as Antony monitored her every move. When given the opportunity to flee, Claire drove away—a fateful decision which began a well laid plan.

Will it be that easy? Faced with freedom from her past—can Claire seize it? Can she build a new life, mend her broken spirit, become the woman she once was, and seek her own revenge? Or is it all a game? And does the game master have different plans?
How does Sophia Burke fit into the puzzle that is Tony and Claire? Will her presence affect the future of this well esteemed man? Can he dominate twice? Is that his goal?

TRUTH continues the tumultuous saga of CONSEQUENCES,introduces new players, and uncovers more intrigue. Aleatha Romig skillfully weaves past transgressions through current deception to create a fervent world of obsessed desire. In this reality can an all-consuming relationship survive?

When buried sins are discovered they threaten not only Tony and Claire’s future—but their very lives! Will the TRUTH be revealed in time? 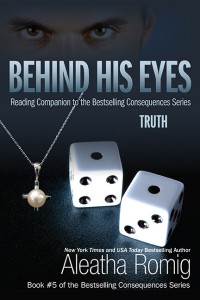 From New York Times and USA Today bestselling author Aleatha Romig comes the much-anticipated second companion to the suspenseful thriller about secrets and deception, passion and love, and choices and consequences. 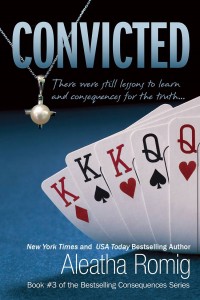 Stick to your convictions.

Against all odds, Claire and Tony have found their way back to one another, but it doesn’t mean a happy ever after. Not even close. Just when they seemed to have it all—love, respect, and the promise of a family—the game master exposes the truth and Claire’s world once again unravels. With old convictions wavering and past transgressions coming to light, the cards have changed and luck is not in the deck for Claire and Tony.

Lost in a constant nightmare, who will save Claire from her past? From herself? Everyone has a hand to play, and now they’re playing for keeps. Everything known to be true is questioned. Motives are explained. The past is once again unearthed, and this time, secrets lurk between dreams and reality, between the past and the present.

Time is running out on Claire…on Tony…on their happy ever after. When the final cards are played, will their unconventional love trump the opposition?

In the end, some will discover their bets were too high, and all will learn the most crucial lesson—there are always consequences for the truth.

You must stick to your conviction, but be ready to abandon your assumptions. –Denis Waitley 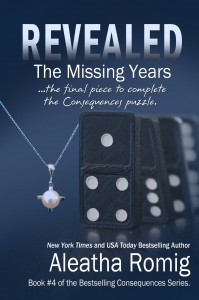 From New York Times and USA Today bestselling author Aleatha Romig comes the thrilling conclusion of a powerful series about secrets and deception, passion and love, and choices and consequences.

The unexpected fourth novel of the Consequences series, REVEALED: The Missing Years is…

“REVEALED: The Missing Years fills in more blanks than you could have imagined.”- Schmexy Girl Book Blog

Share the struggle as Anthony Rawlings fights for what is his as the crashing consequences of his past threatens to change his world forever. Join Harrison Baldwin as he discovers the truth that threatens his beliefs, and John Vandersol as he come to terms with his revelations. Witness as Phillip Roach decides with whom his loyalties lie, and Brent Simmons demonstrates the meaning of friendship—no matter the cost.

Readers of this series survived the Consequences, learned the Truth, and know who was Convicted, but that is not all. Do not assume that Tony and Claire’s story is complete, because beyond the conclusion of Convicted there is more to be REVEALED!

“Circumstances do not make the man, they reveal him.” –James Allen 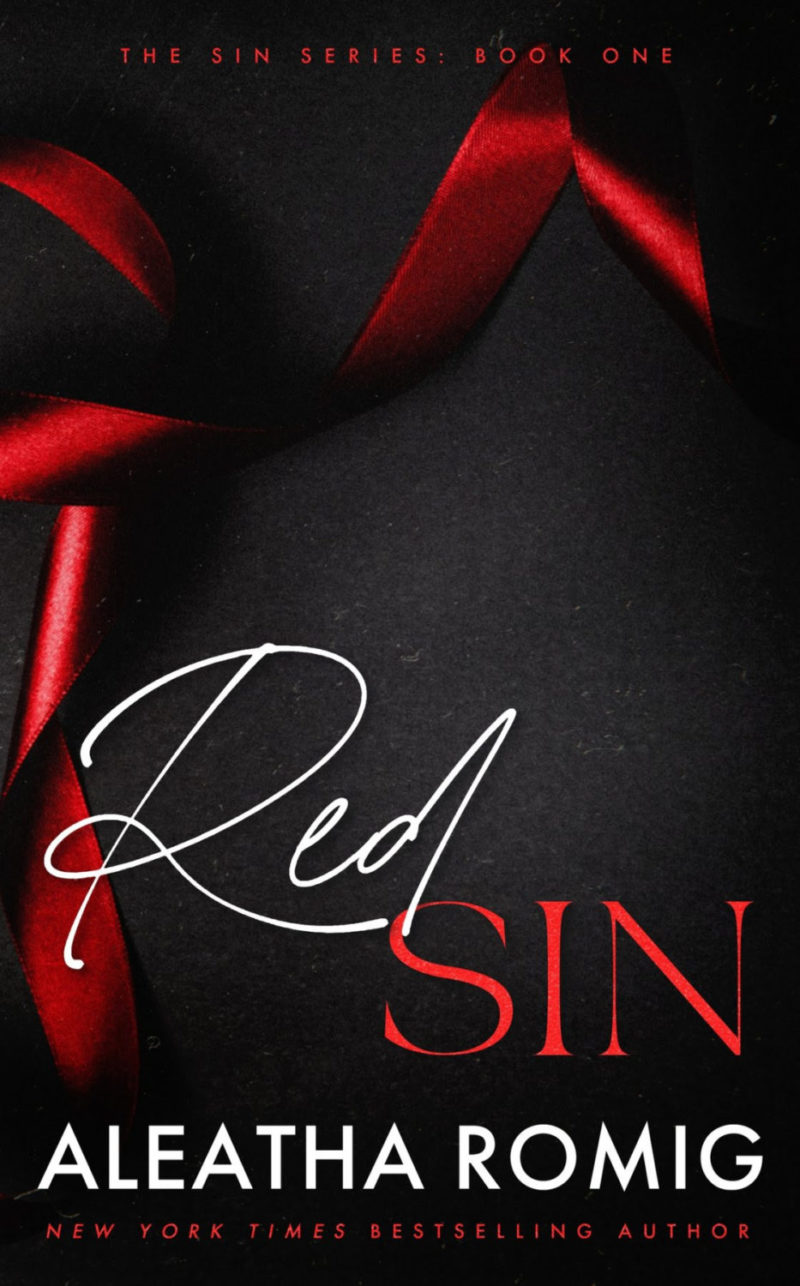